A man helped rescuers save a tiny kitten and had his heart smitten by the little guy. 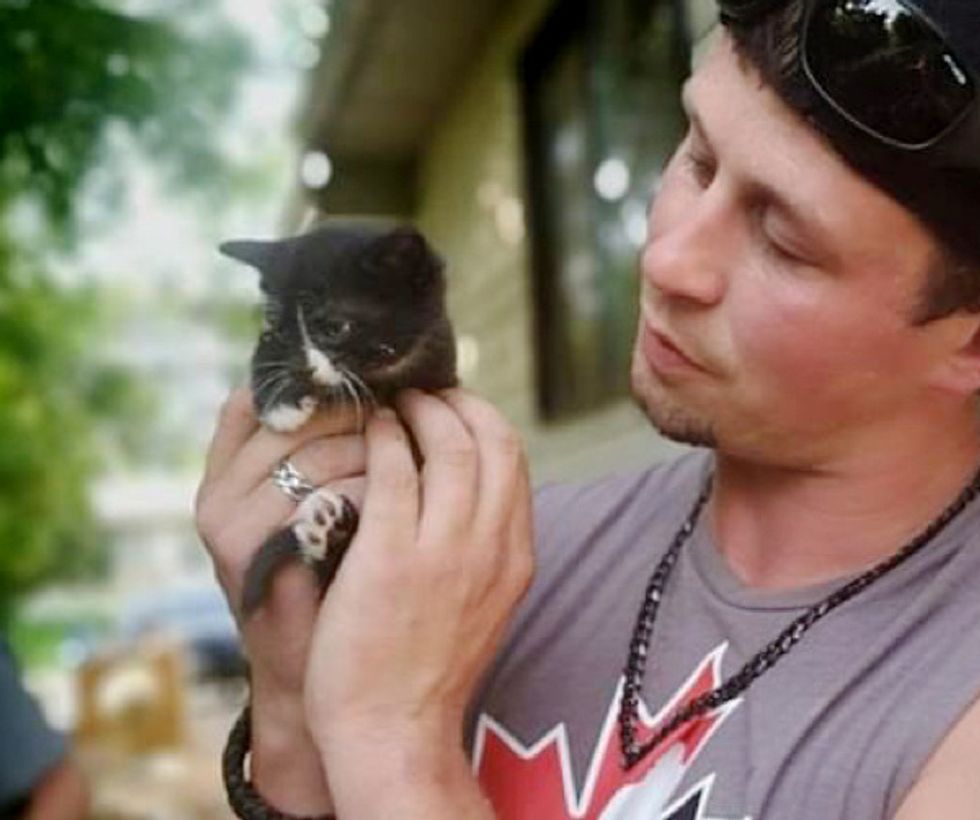 Barb Gosselin and her team of rescuers from Shuswap Paws Rescue were working on a TNR (trap-neuter-return) project at a property in British Columbia, Canada when they heard a kitten meowing, coming from the roof.

They don't know how the kitten got up there, but the crying continued for quite a while. The kitty was trapped inside the attic where there was no entrance.

"A volunteer trapper called, saying she heard him screaming but couldn't get him," Barb told Love Meow. "It was way too hot. We went to the house and were determined to get him out." 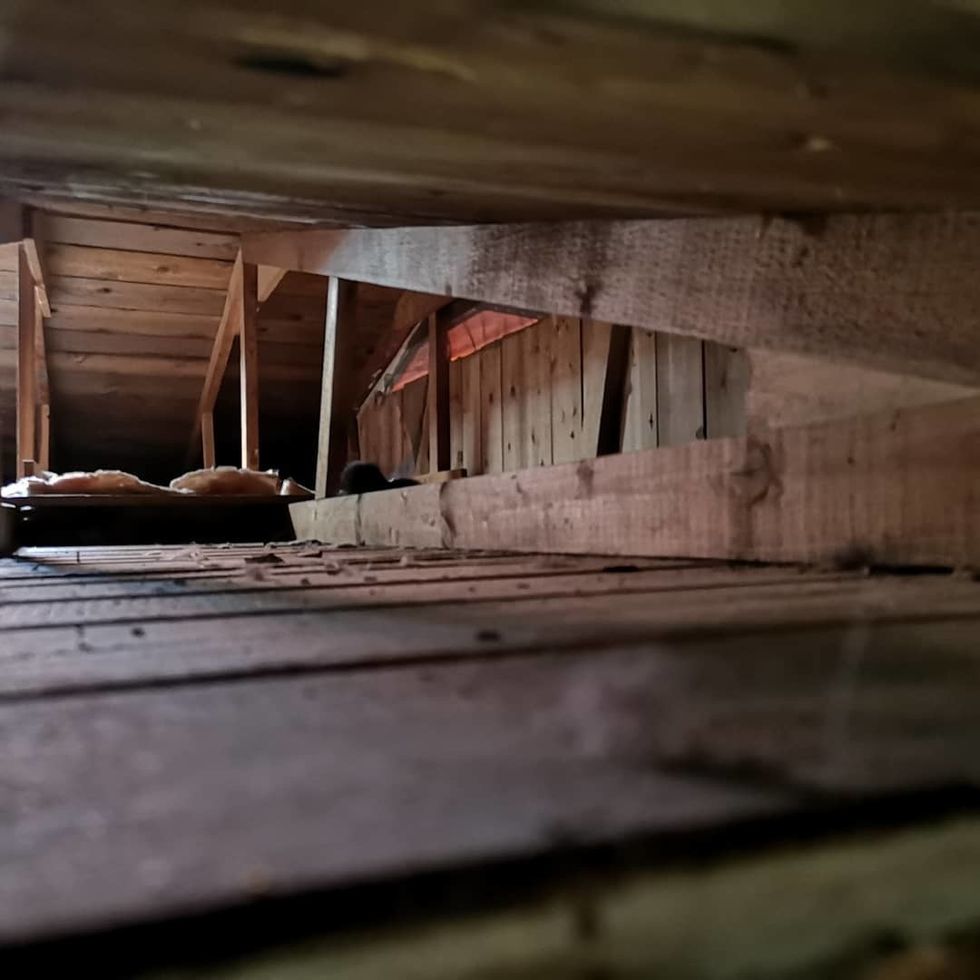 They played a video of a cat mom calling her kittens to help pinpoint the whereabouts of the kitten. "He would cry whenever we would play the video," Barb said.

The kitten ended up in a part of the attic that was not accessible. "We took doors off and there was no attic access."

Garlin, a contractor who has been working on the property, came to offer a helping hand. 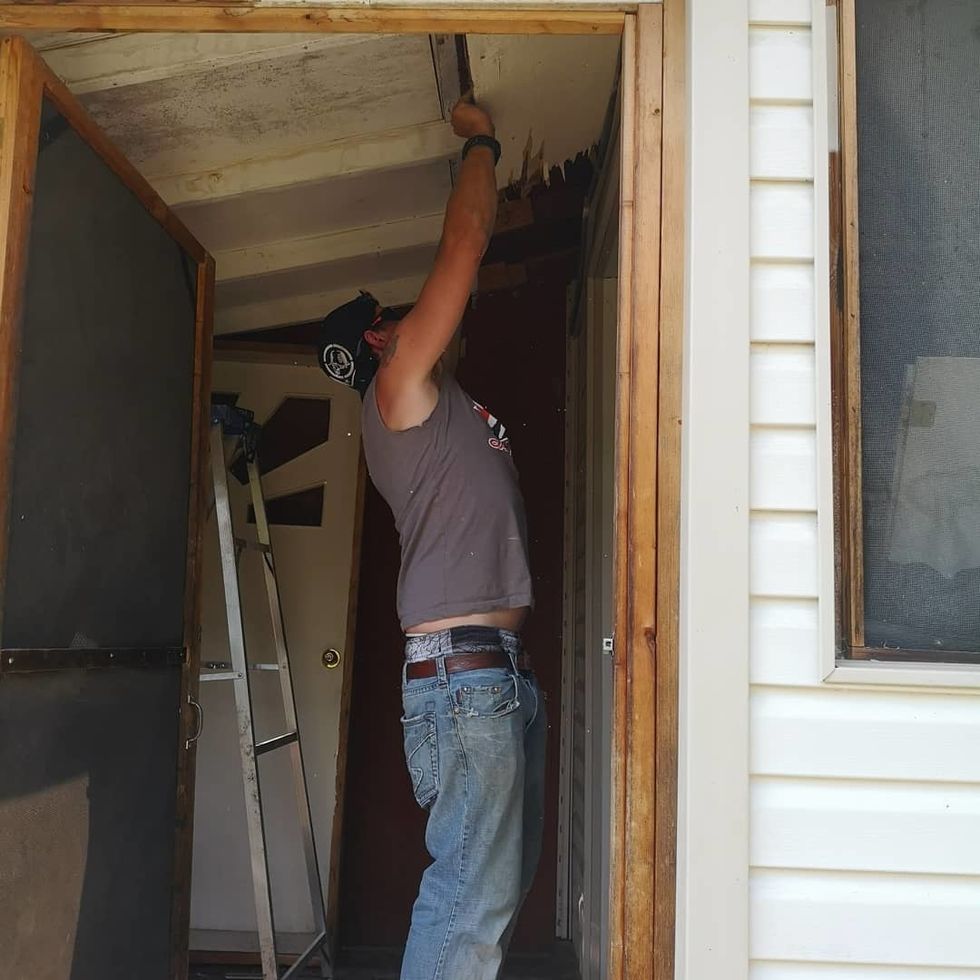 "He had already helped rescue a kitten from that property four days earlier, and he took that kitten to the vet and gave it a home."

When he learned that another kitten needed help and was trapped in the attic, he immediately sprang into action. "He ripped the ceiling down on the porch so we could reach the kitten, but the kitten ran to the other side," Barb told Love Meow. 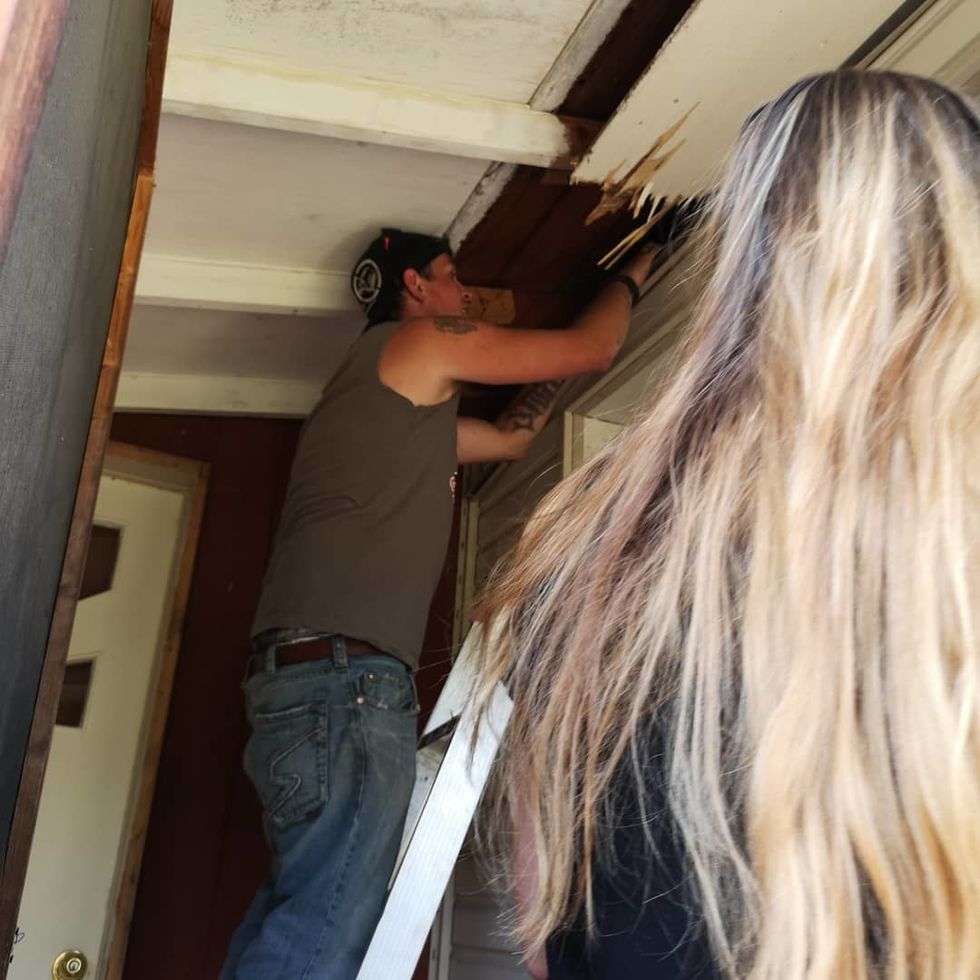 He and another rescuer, Kelsey, went on the roof and made a hole near the air vent to help get a visual - they saw a tiny tuxedo with white mittens cowering inside.

The kitten heard noises coming from their side so ran to the opposite end where Barb was. 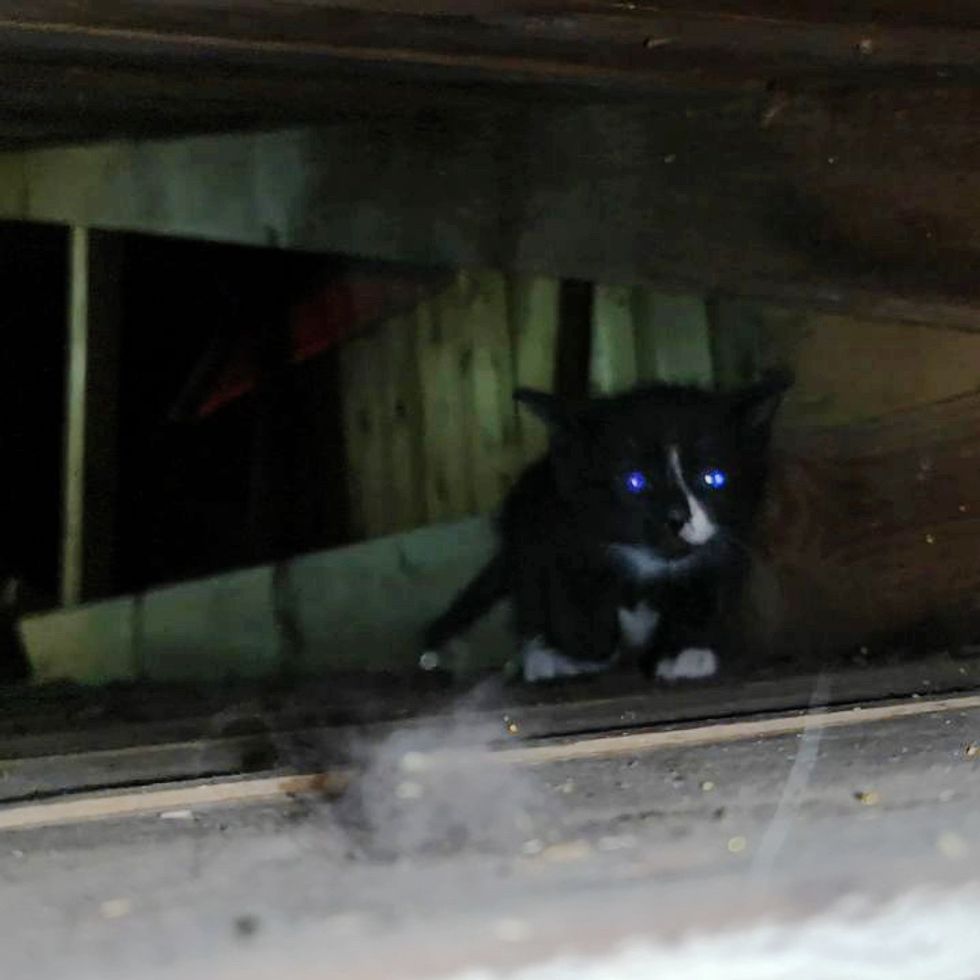 When the kitty was within reach, Barb and another rescuer gently pulled him towards them with two nets.

Watch the kitten rescue in this video:

The tuxedo boy was a bit scared after the ordeal but finally calmed down when they cuddled him in their arms. 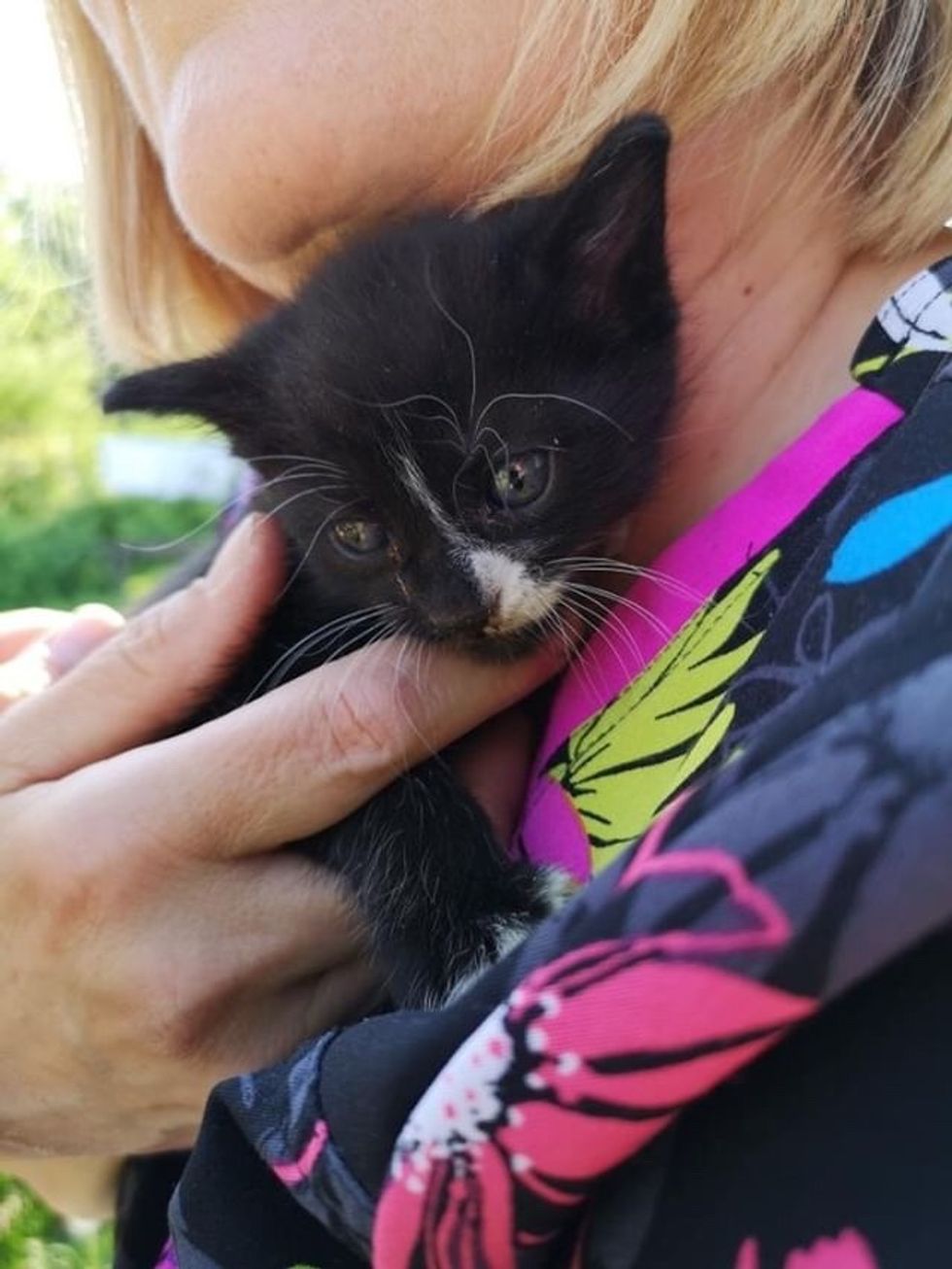 Garlin came down from the roof to meet the kitty. He instantly fell in love.

"He was excited to see the little guy and asked to adopt him so his sibling would have a forever friend," Barb told Love Meow. 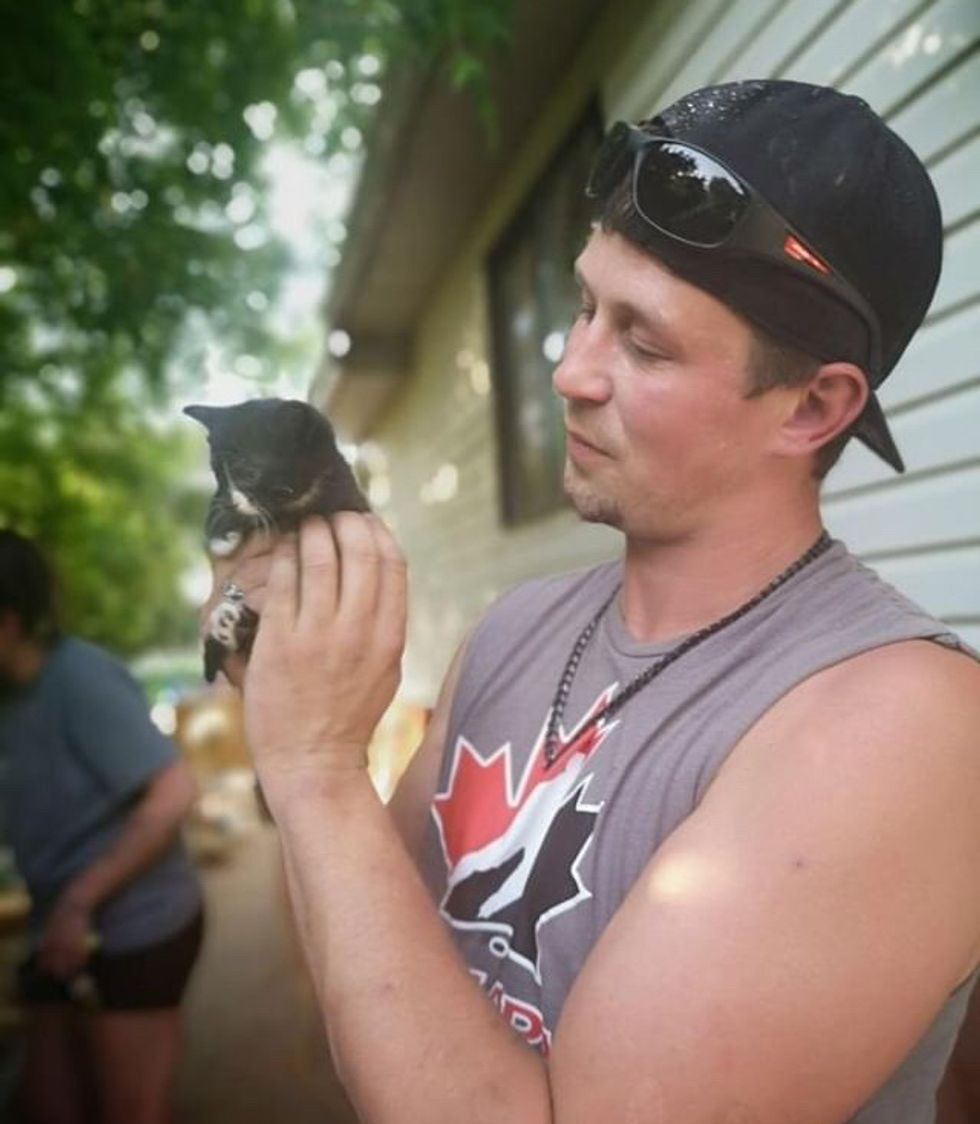 Garlin learned a lot about TNR rescue over the past few days and gave two little kitties he helped save, a forever home.

"He is a very compassionate guy," Barb said. 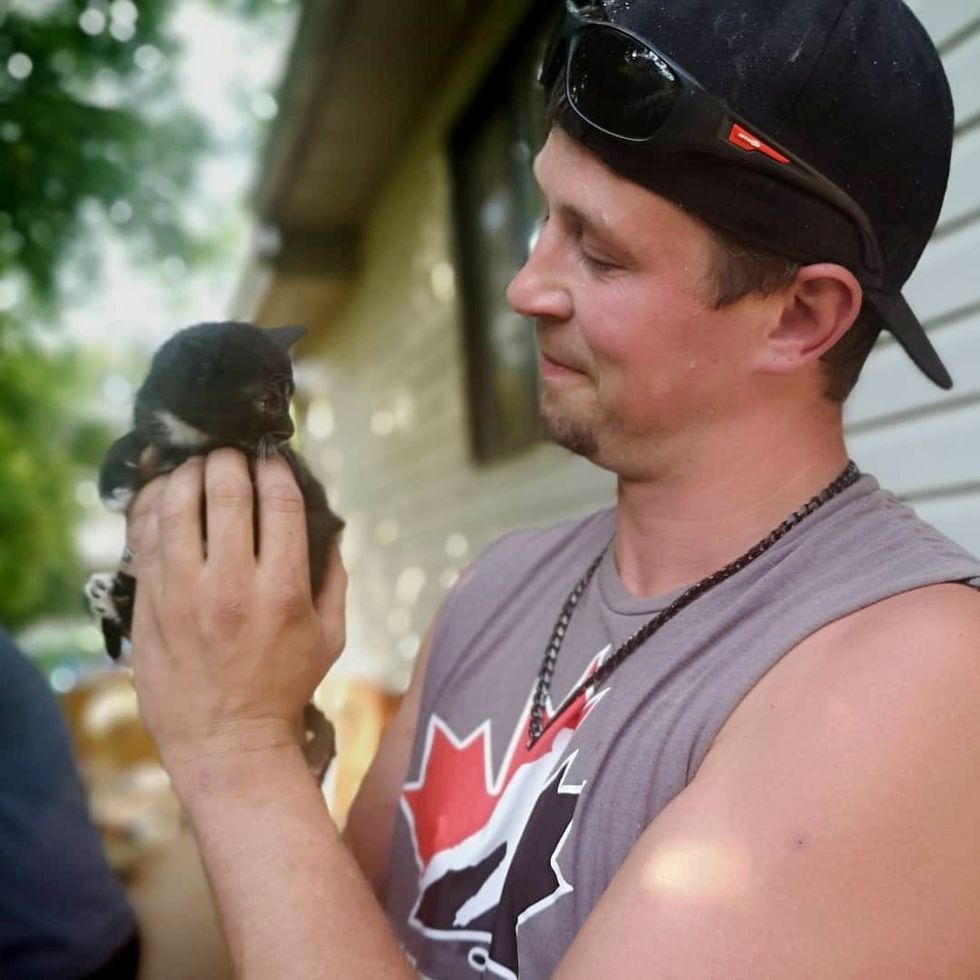