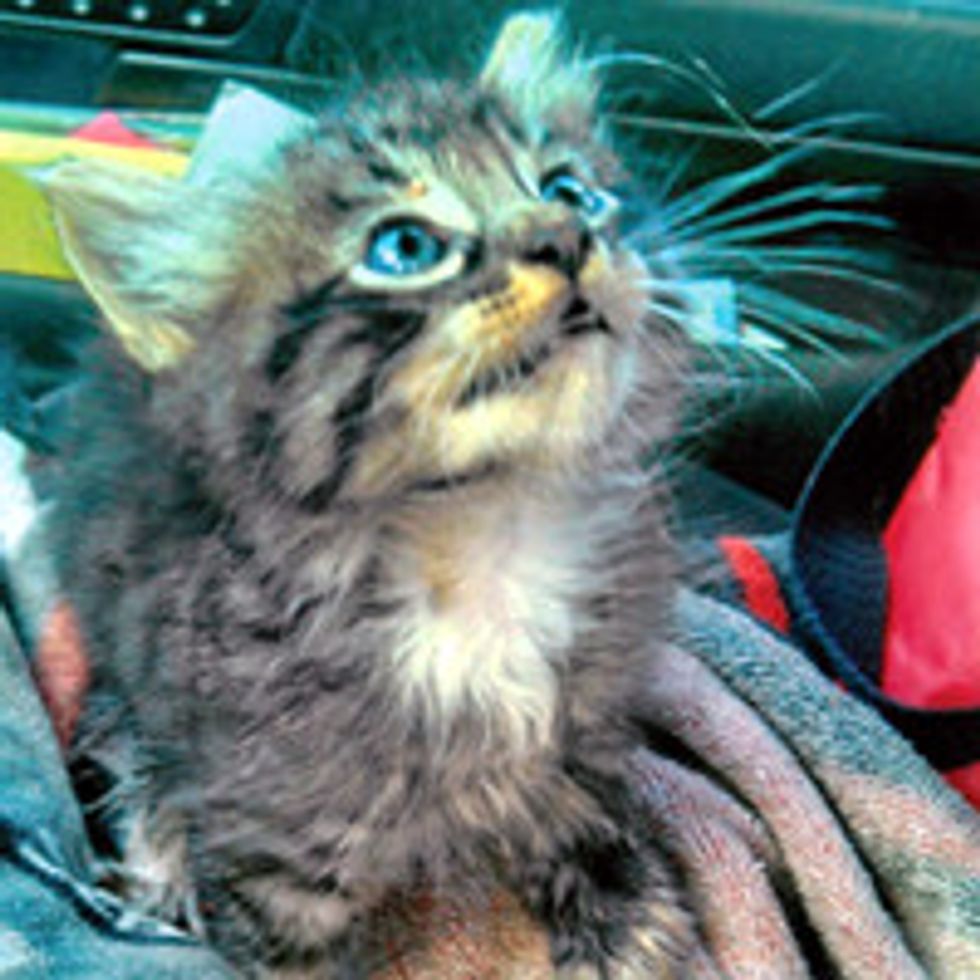 It was the faint mewing of a cat that led Samaria Jones-Thomas to discover a tiny kitten trapped in a water drain next to the post office and couldn't get out.

Samaria a postal carrier at the Marianna post office traced the mewing to the drain. "She tried to reach her arm in and down and get him; although her arms are slender and long, they didn't have the reach to scoop the animal out. She thought the dilemma over and remembered a towel she had in her truck. She retrieved it, poked one end through one of the drain-cover holes, and waited for the curiosity of the cat to take over. It wasn't long before the kitten started batting at the towel. When he grabbed hold, she lifted him up and out with the towel," Jackson County Florida reported.

Samaria named the kitten Draino. After safely getting the him out, she was on a mission to find him a good home. Unable to keep the cat herself, she bought a $50 gift card to prepare the cat for adoption. A fisherman came forward when he learned of the rescue. He offered to take the kitty home and gave the little one some fish for a quick snack. "When Jones-Thomas offered him $30, he at first declined, but in the end they agreed on an exchanged - she got some fish in the bargain and he went home with enough money to buy some supplies for the kitten." (Jackson County Florida)

Draino was rescued from a water drain by Samaria Jones-Thomas, postal carrier. 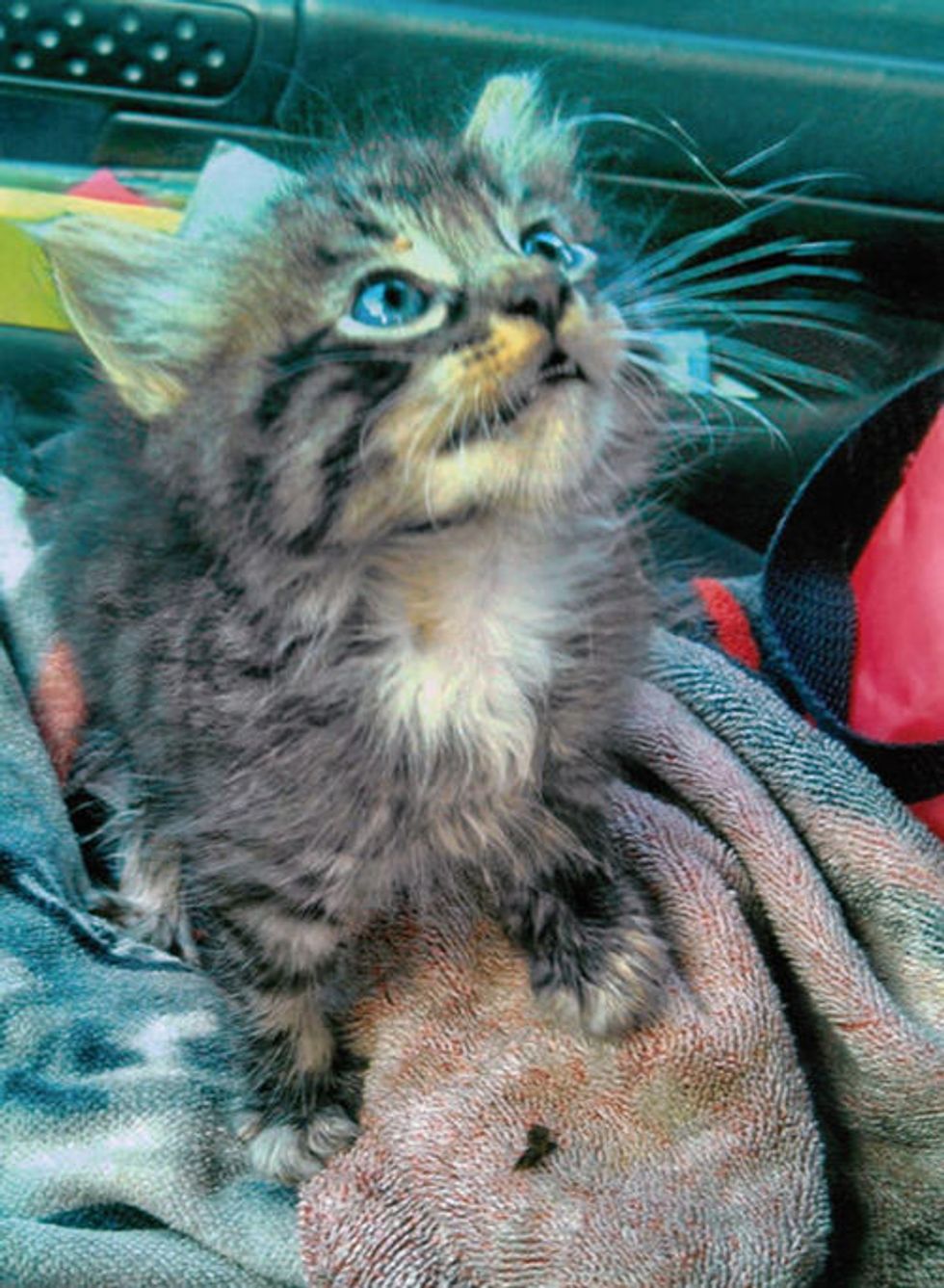 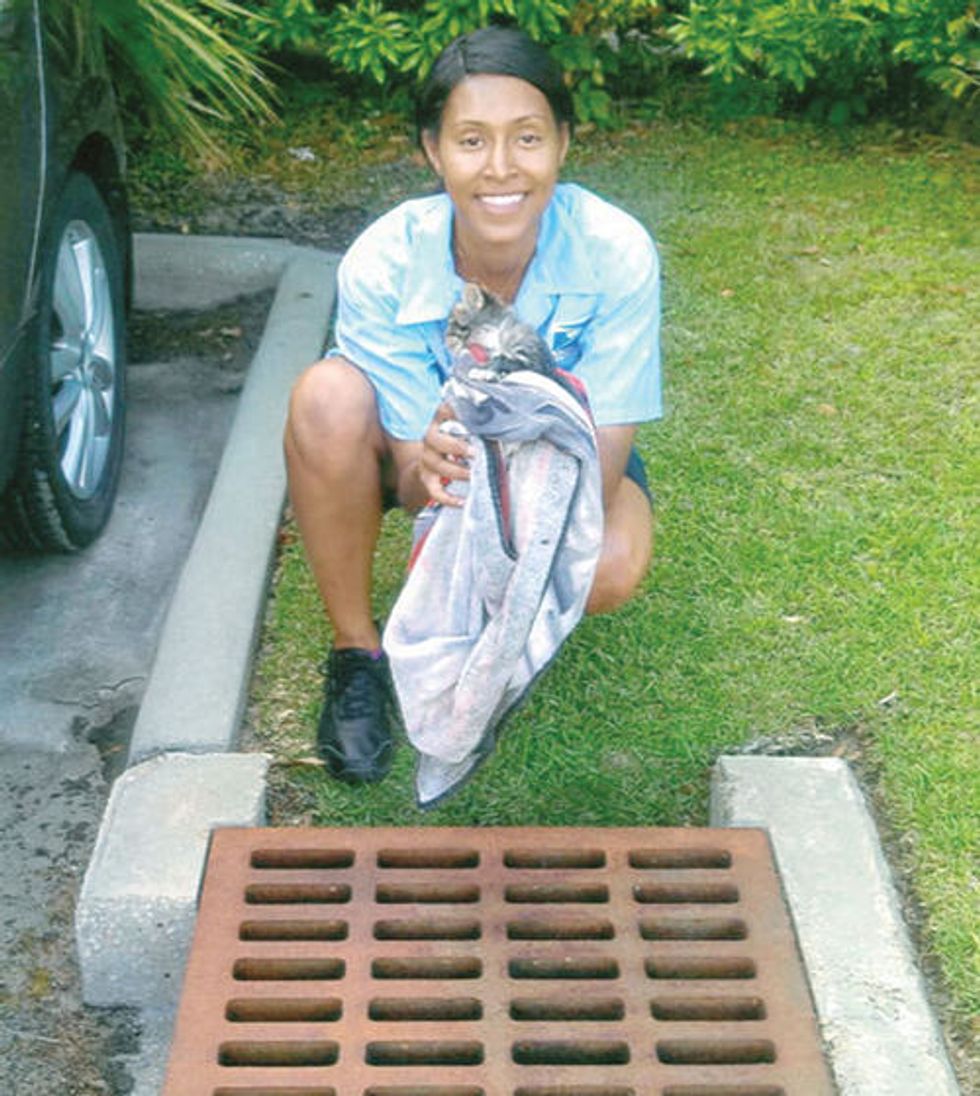