A tiny kitten who was just skin and bones, ended up at the shelter, sightless due to a severe eye infection. She was not eating as if she had given up until a kind woman took her out of the facility and into her foster home.

In just 24 hours, she helped the kitten restore her sight and find hope again. 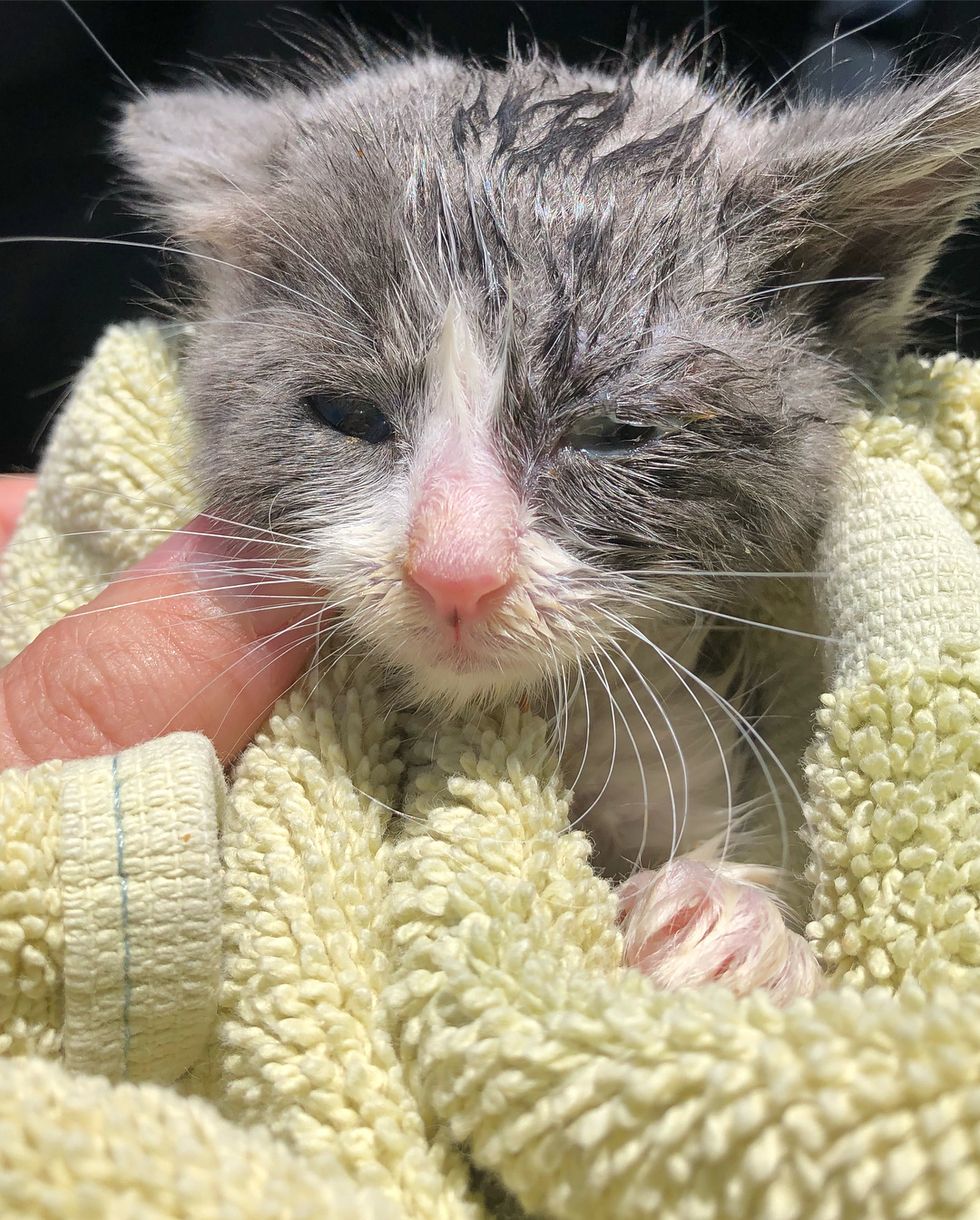 Nikki Martinez, an animal rescuer/foster based in Las Vegas, Nevada, picked up two little kittens from the municipal shelter. One of them was gravely ill.

"She was only half a pound, incredibly thin and dehydrated. Her bones were grinding together when I picked her up. She was starving and had a bad eye infection. She couldn't see, and her eye was oozing puss," Nikki told Love Meow.

The kitten was dropped off at the shelter along with another kitten, a calico. Nikki took both home so they could have a chance at a better life. 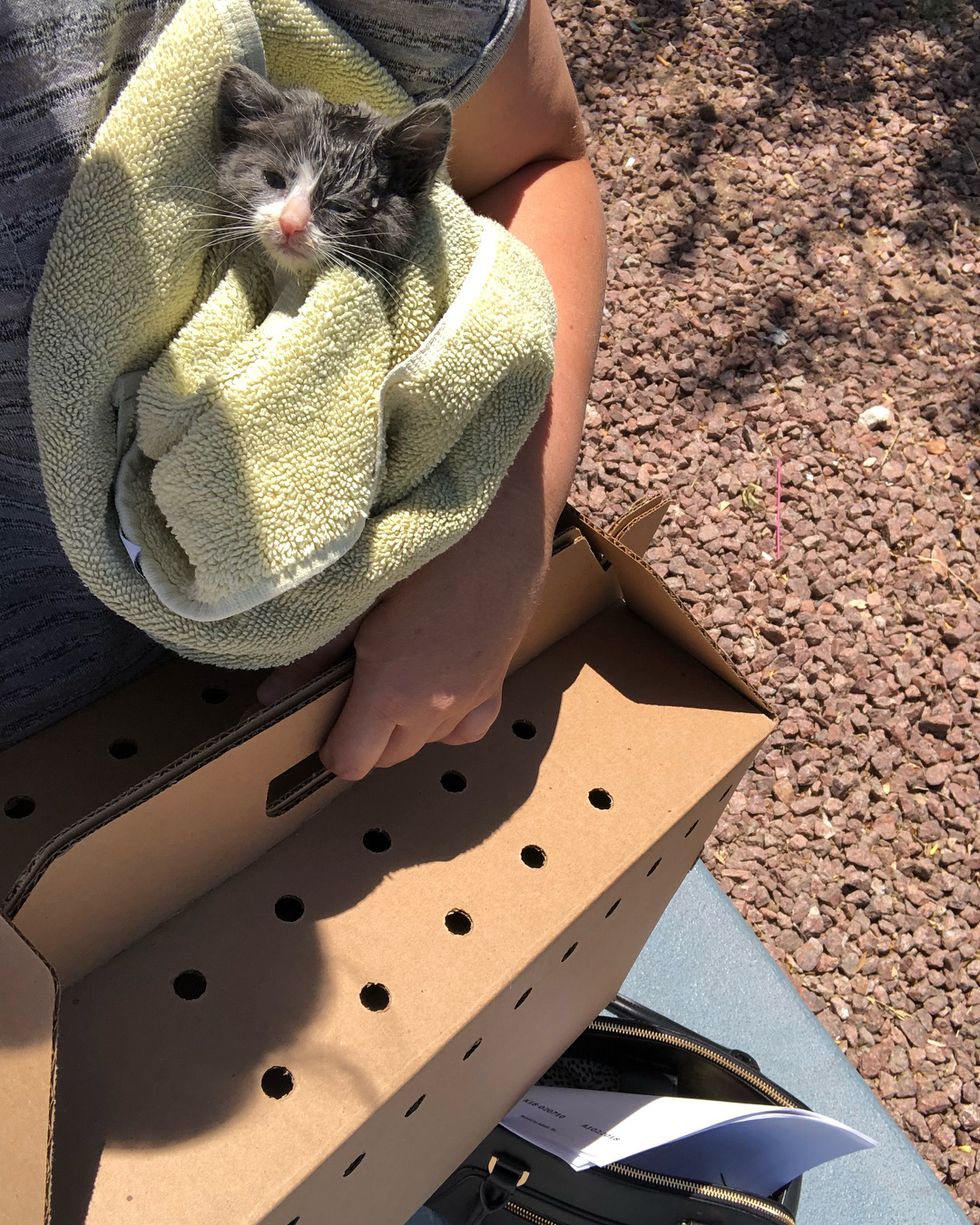 They were named Jubilee (grey) and Bliss (calico). (Scroll down for video)

"When we pinched the skin on their neck it 'tented' indicating that they were very dehydrated. It was 105 degrees (F) out that day so who knows how long they were outside in this heat with no food before they were turned into the municipal shelter," Nikki added. 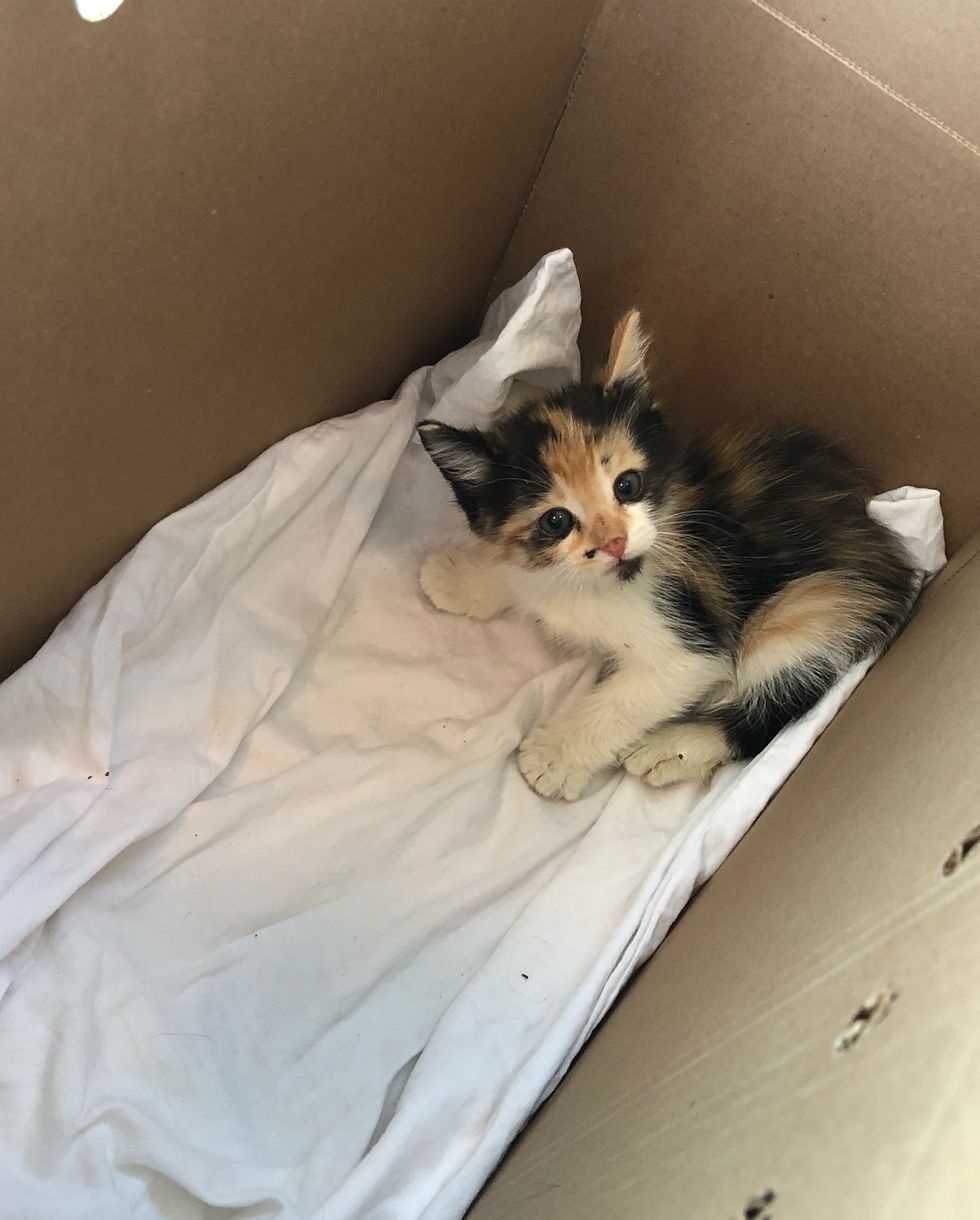 The kittens were started on oral antibiotics, and little Jubilee would receive eye ointment because her eye was sealed shut from infection. Nikki's husband helped administer sub-q fluids. "He's an Emergency Room Nurse for people and a kitten nurse on his days off."

Jubilee barely had enough energy to eat at first, so they worked overnight to feed the kittens. When Nikki went to give them their 4AM feedings, little Jubilee had regained her appetite and gobbled down a whole plate of food. 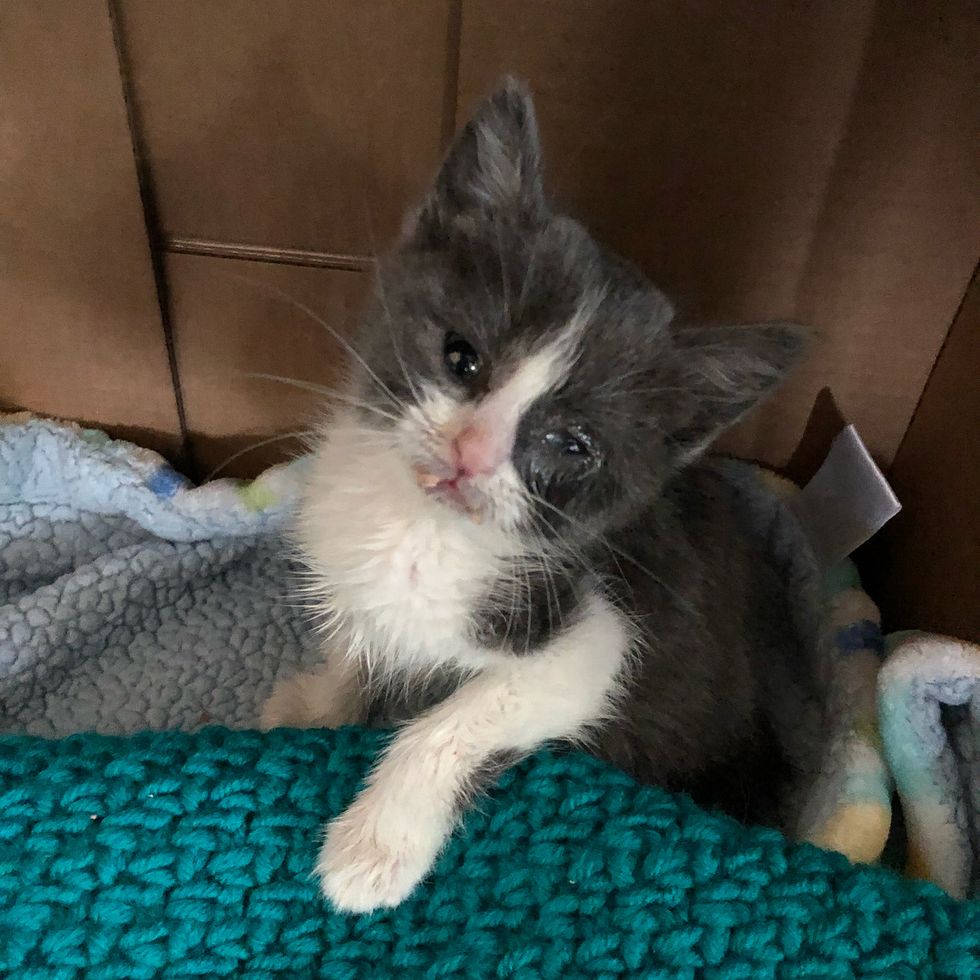 "My husband told me that night - he really felt strongly that the kittens should be adopted together. He said he had been watching them and thought that Bliss protects her sister."

The next morning, Nikki woke up to the kittens wrestling in the playpen with their new-found energy. "Bliss is about double her size, but at the rate Jubilee is eating, she will catch up."

In less than 24 hours, Jubilee's eye healed up so much that she could see clearly again. 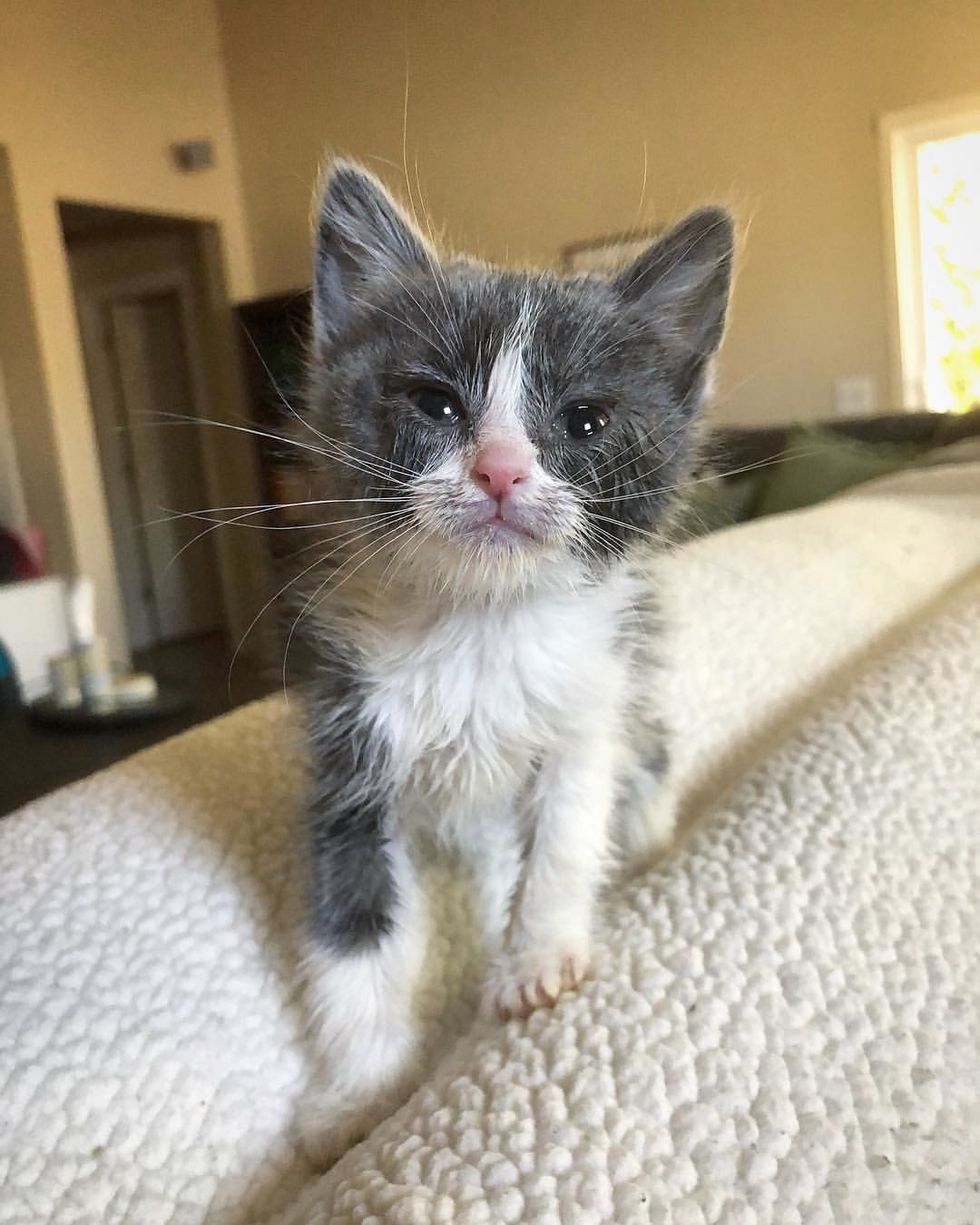 "Jubilee cries for me to hold her and loves when she's in my pocket. But then Bliss cries when I take her sister away," Nikki said.

The two inseparable kittens are thriving in foster care. "It's unbelievable what a warm, clean bed, antibiotics and food in their belly can do." 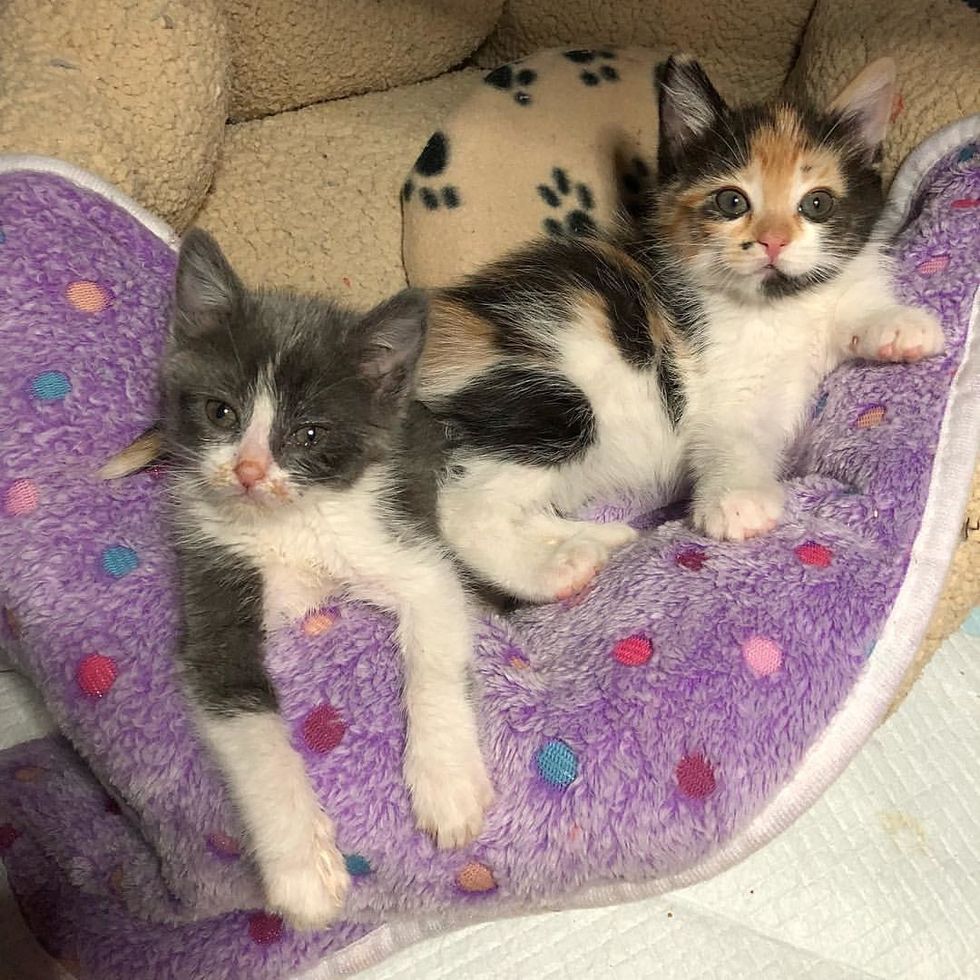 Jubilee loves to eat and has many meals throughout the day. "That girl is definitely making up for lost time!"

"In just 3 days Jubilee has gone from 254 grams to 390 grams. Her eye was oozing puss and she was dehydrated and literally starving to death when she arrived," Nikki said. "Look at her now!" 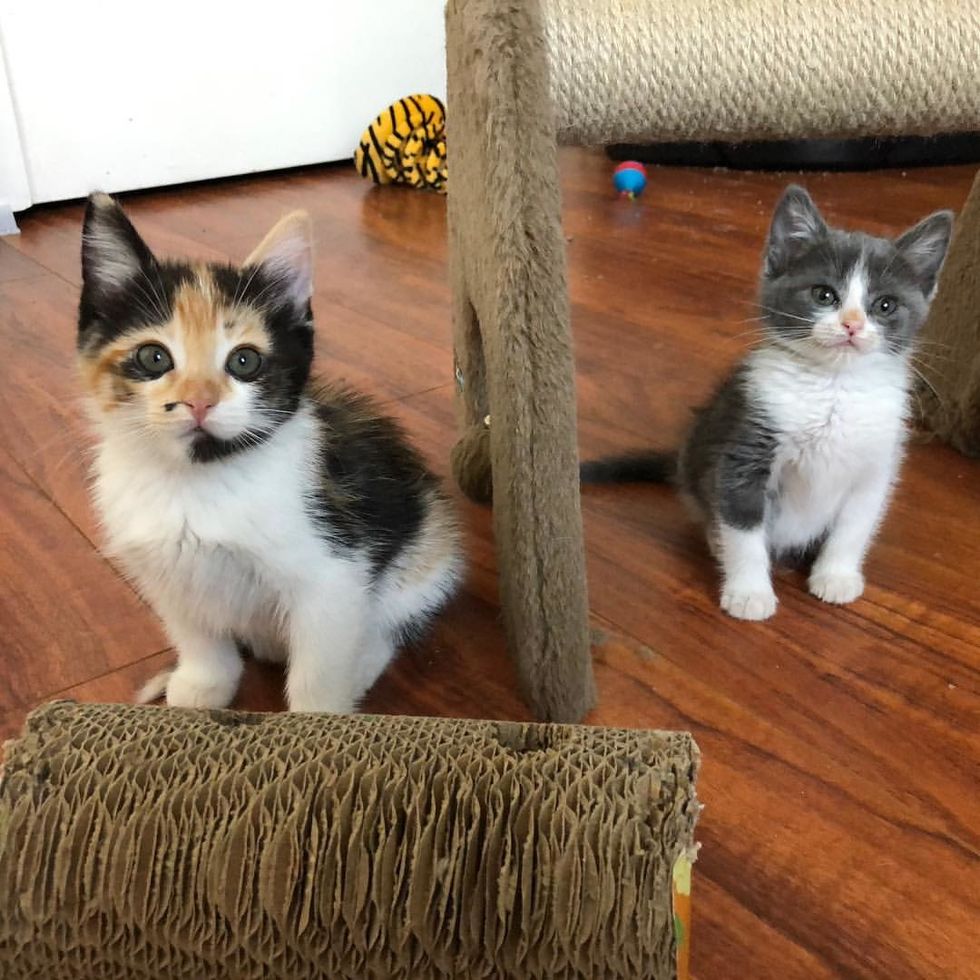 "Fostering Saves Lives isn't just a hashtag, it's the truth. Baby Jubilee is proof. She was on the 'not eligible for adoption list' at the municipal shelter because she was sick with an eye infection and severely underweight and malnourished," Nikki added.

After two weeks in foster care, look at the difference it has made! 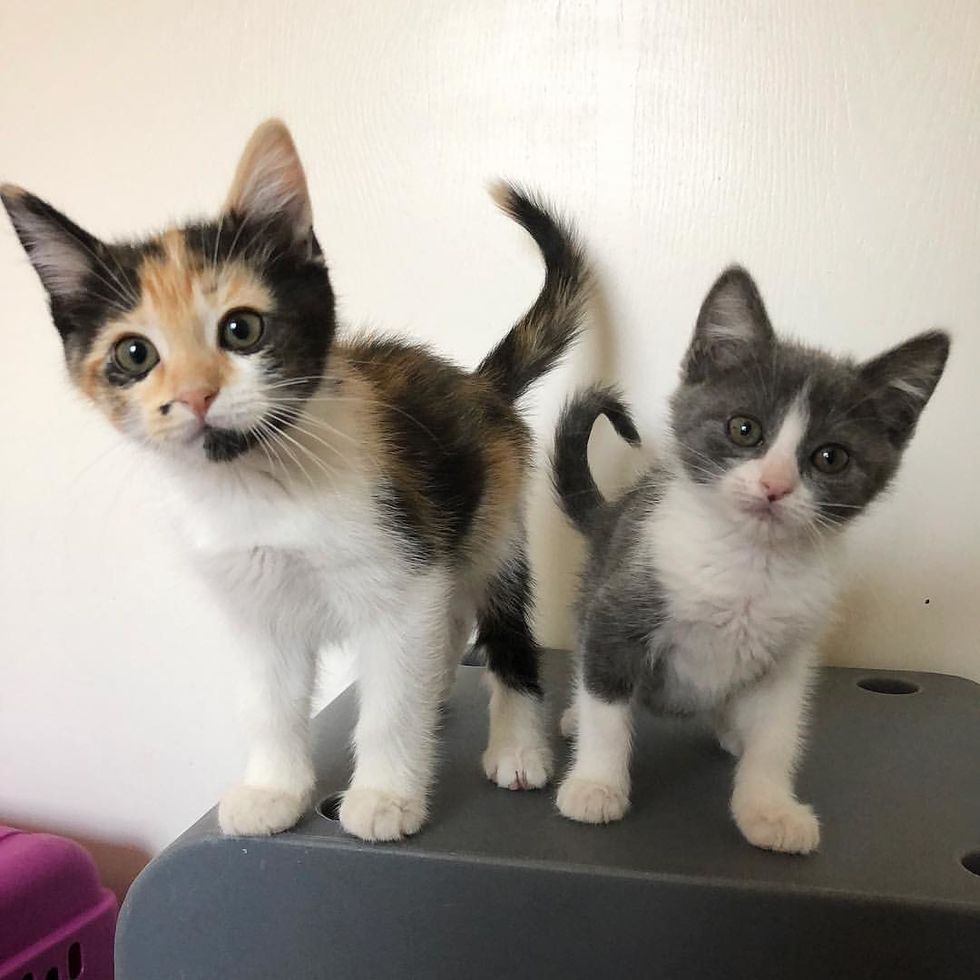