A resident from New York found a kitten in their backyard, who was born quite special. 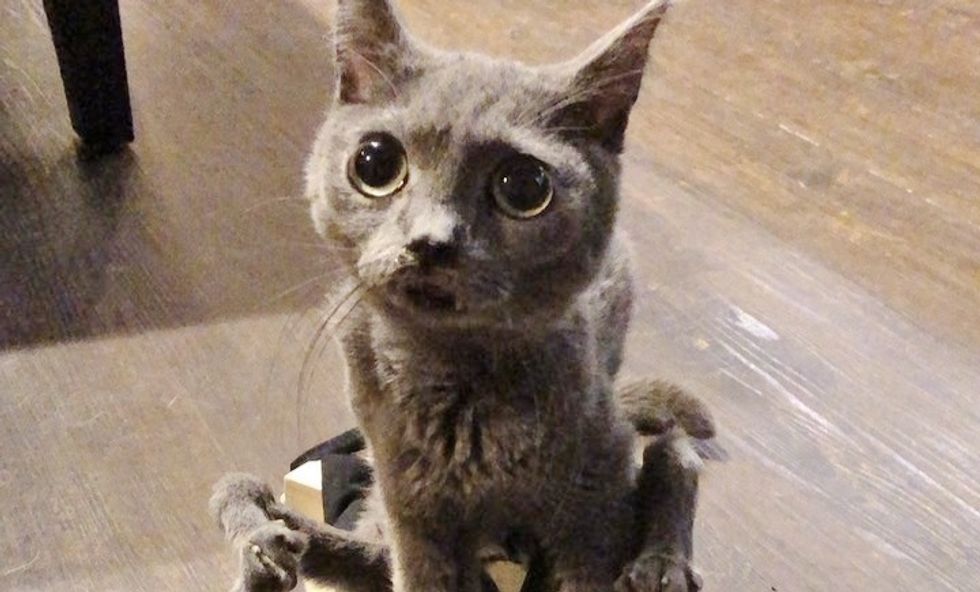 This kitten was found in a backyard in Ridgewood, Queens, New York last summer. His legs appeared to be constricted.

The resident who discovered him, reached out to Jacqueline, a TNR (trap-neuter-return) rescuer, for help. She rushed to pick him up and off they went to the vet. The kitten was born with a congenital condition that caused a deformity in his legs. Despite being a bit frail, with encouragement, he started to eat and quickly perked up in a home environment.

At six weeks old, he weighed less than a pound, but what he lacked in size, he made up for in personality. "He rolled over as soon as he saw me, purred up a storm," Jacqueline wrote. "Even though he ate on his own and was acting like a big boy, he was still so tiny." 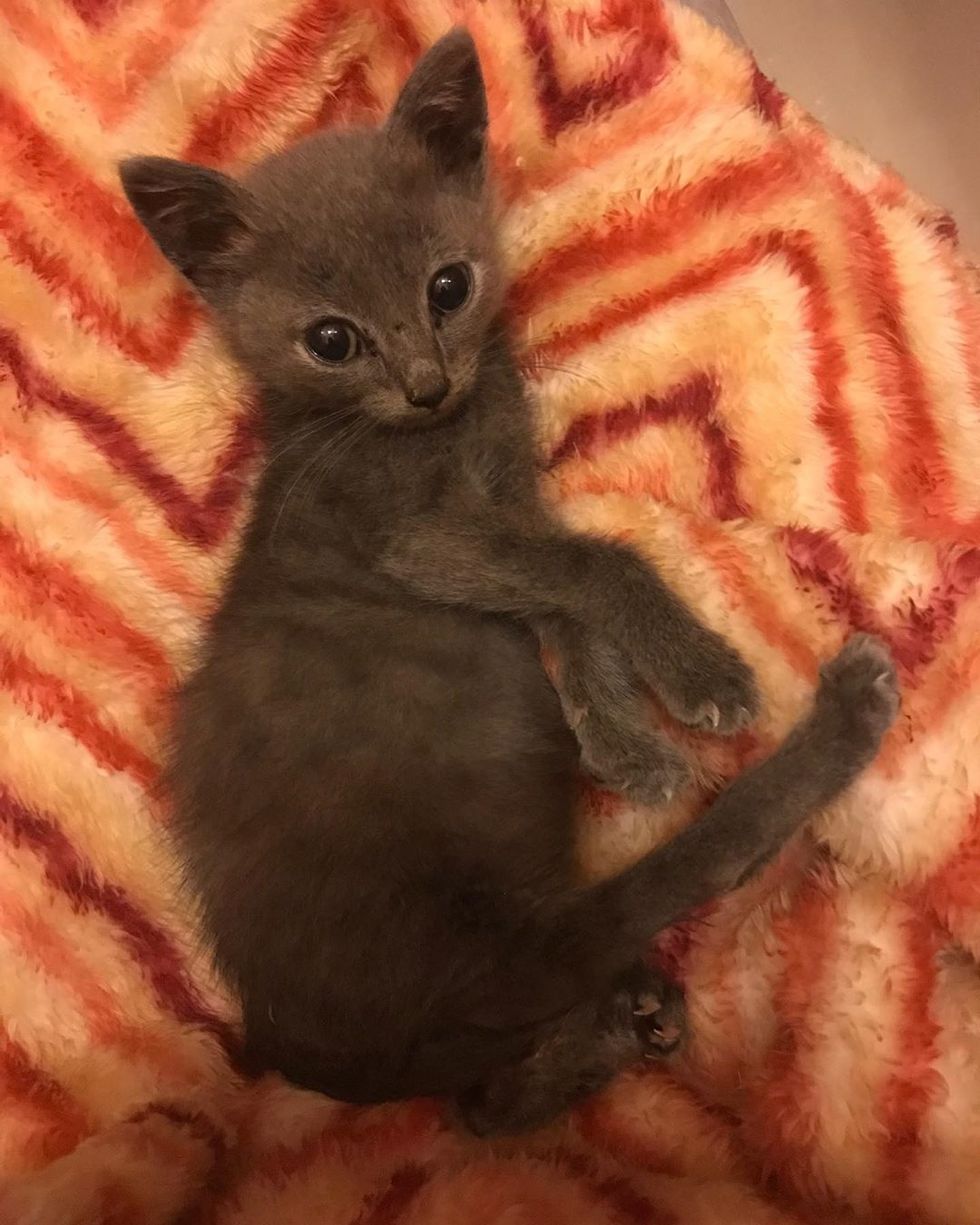 Fuzzy Butt Rescue And TNR, a rescue group in New York City, took him into their care so they could place him in a permanent foster home that provides round-the-clock feedings, supplemental care and physical therapy.

Dina, a volunteer of the rescue, stepped up to help. "They showed me his pictures and it was instant love," Dina told Love Meow.

"On his first day home, he blended in seamlessly with his new family. He was very curious and still had some use of his hind legs, so he would walk around exploring his environment and his new roommates." 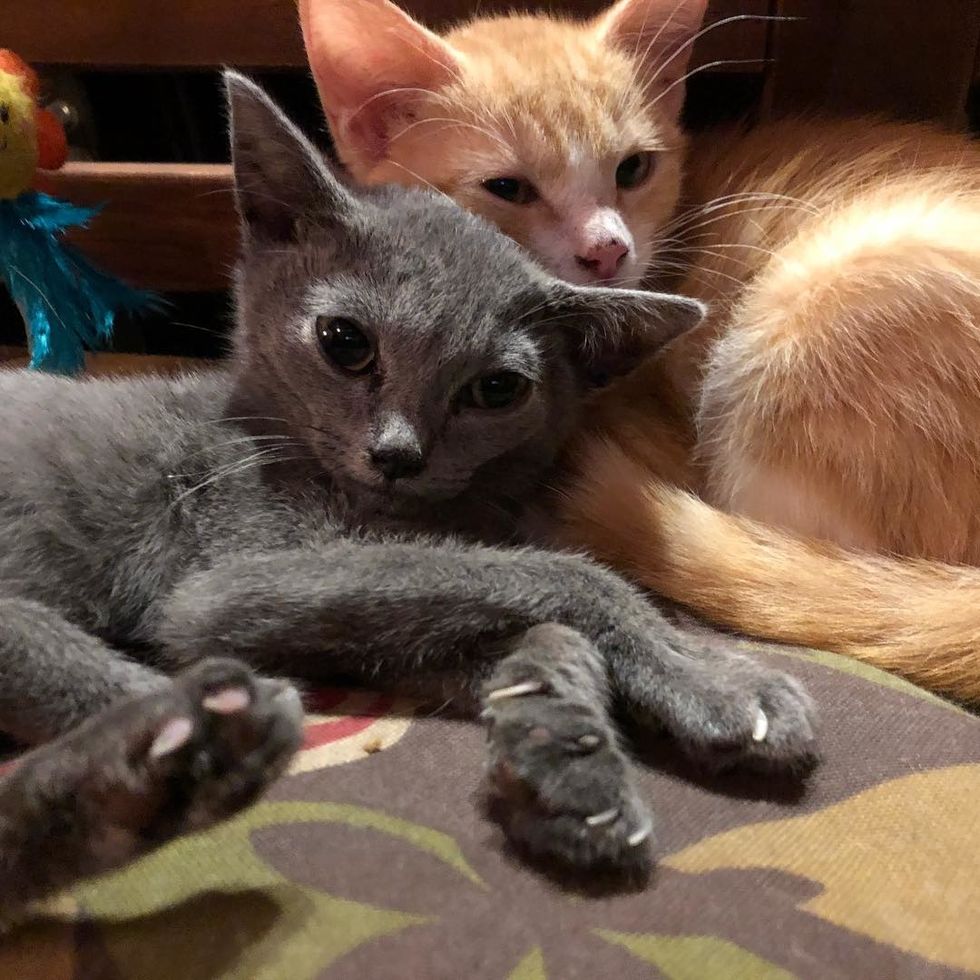 Despite his condition, the kitten never seemed to be bothered and would try to do everything just like the rest of the furry gang.

As he grew bigger, his adorable fangs began to form. They gave him a unique feature that only added to his cuteness. He was aptly named Speck-tabular, or Speck for short. 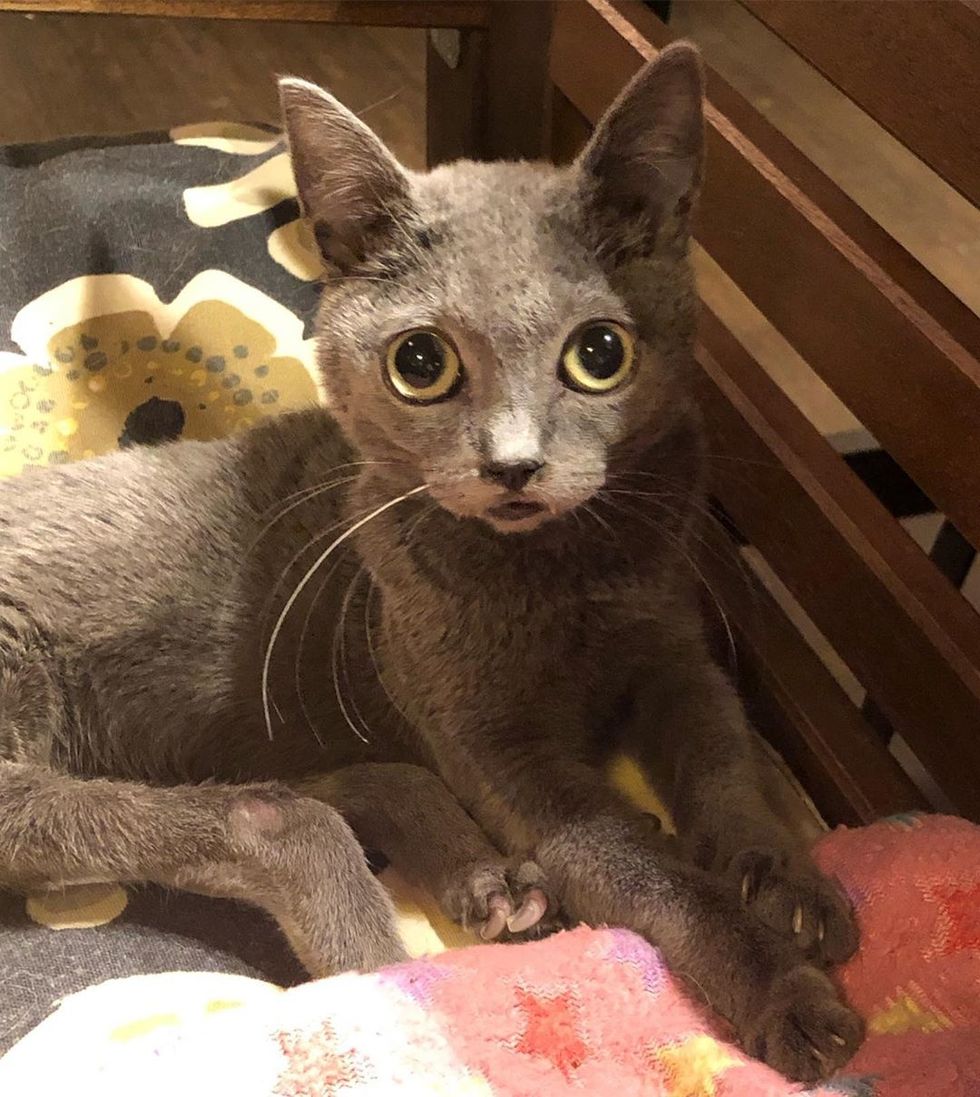 Speck has been receiving physical therapy (including water therapy), wears braces and has a cart to help him build muscle strength and keep his body in the shape it should be.

After a couple of water therapy sessions, he was fitted for a custom made cart. 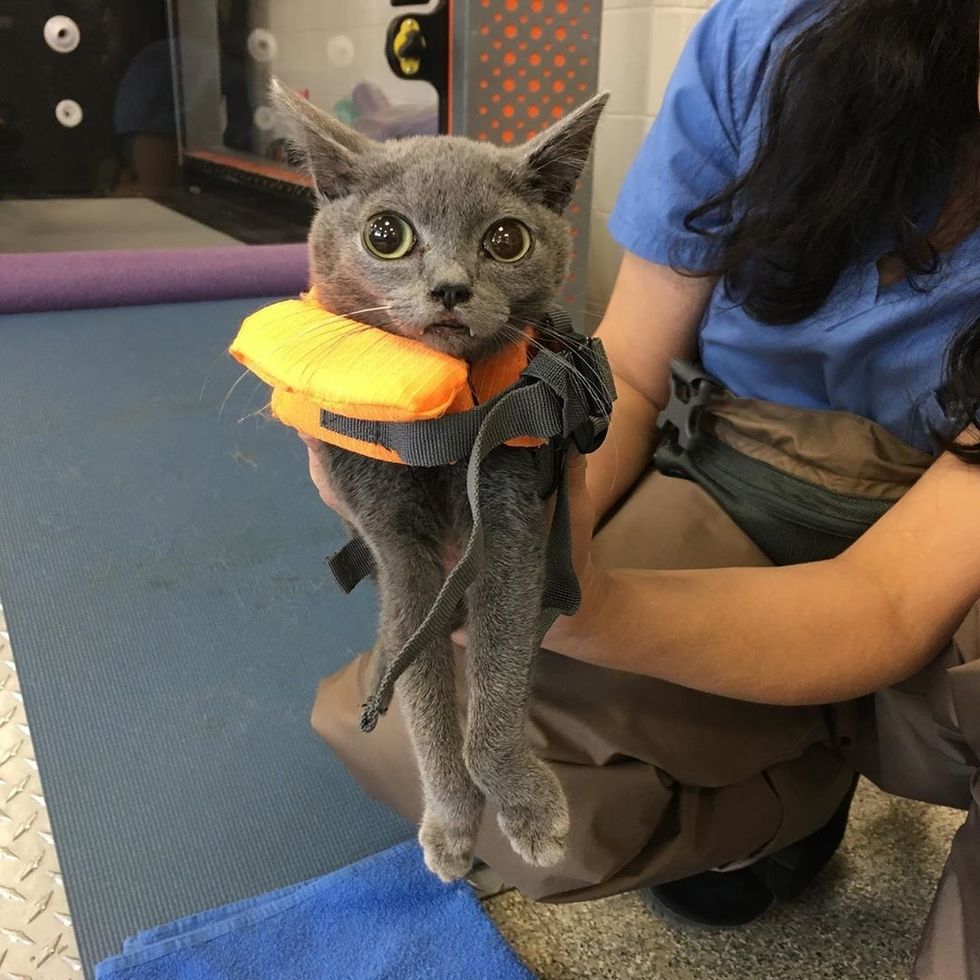 "We're currently working with the specialists at University of Pennsylvania to try to identify what his condition is," Dina added. "Our goal is to spoil him rotten so he can be the happiest little guy in the universe."

With help from some treats, Speck finally got a hang of his new cart. He made everyone so proud. 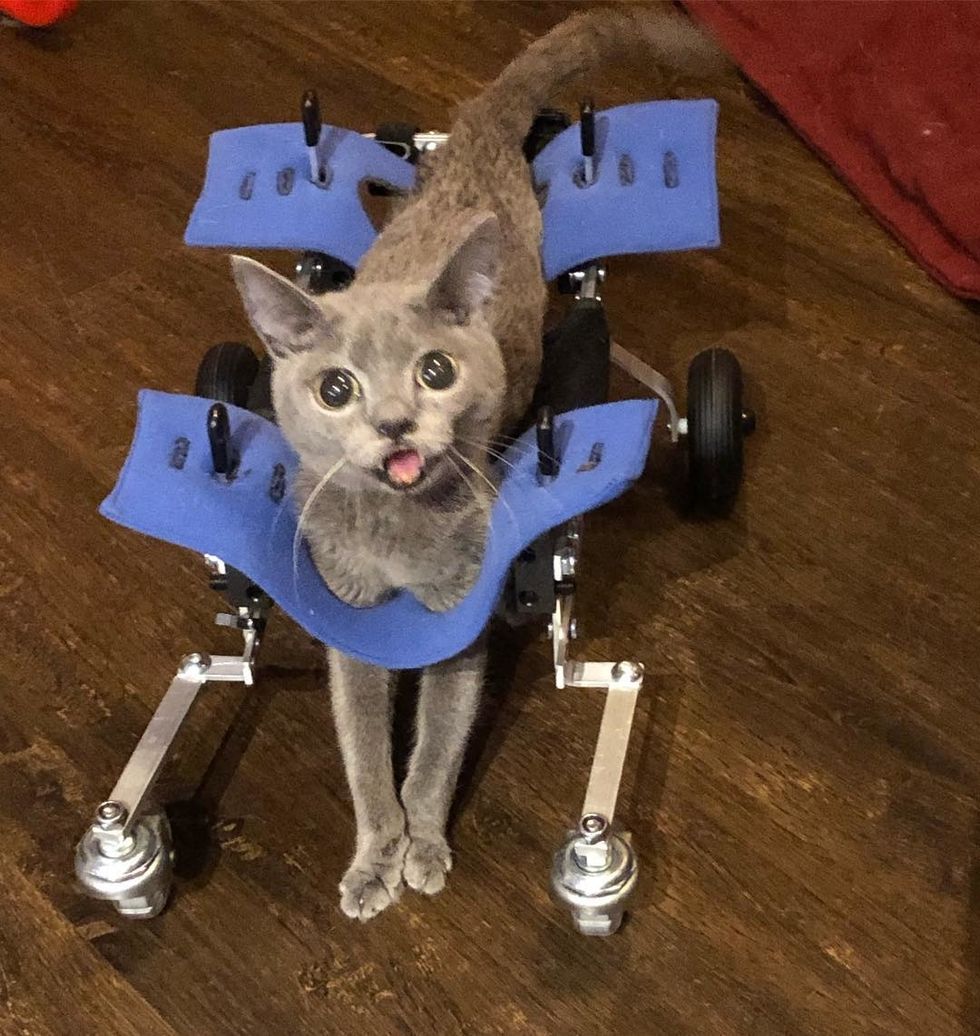 Speck is very expressive, playful and constantly demanding attention from his humans. He knows how to get around the house and will ask for help when he needs it.

Speck the kitten and his journey youtu.be

"We are more than willing to accommodate his every demand. He's very in tune with his environment and is an excellent communicator," Dina told Love Meow.

"He will meow or tap you with his paw when he needs to use his litter box or wants treats. As is the case with all living beings, he has a very strong will to live." 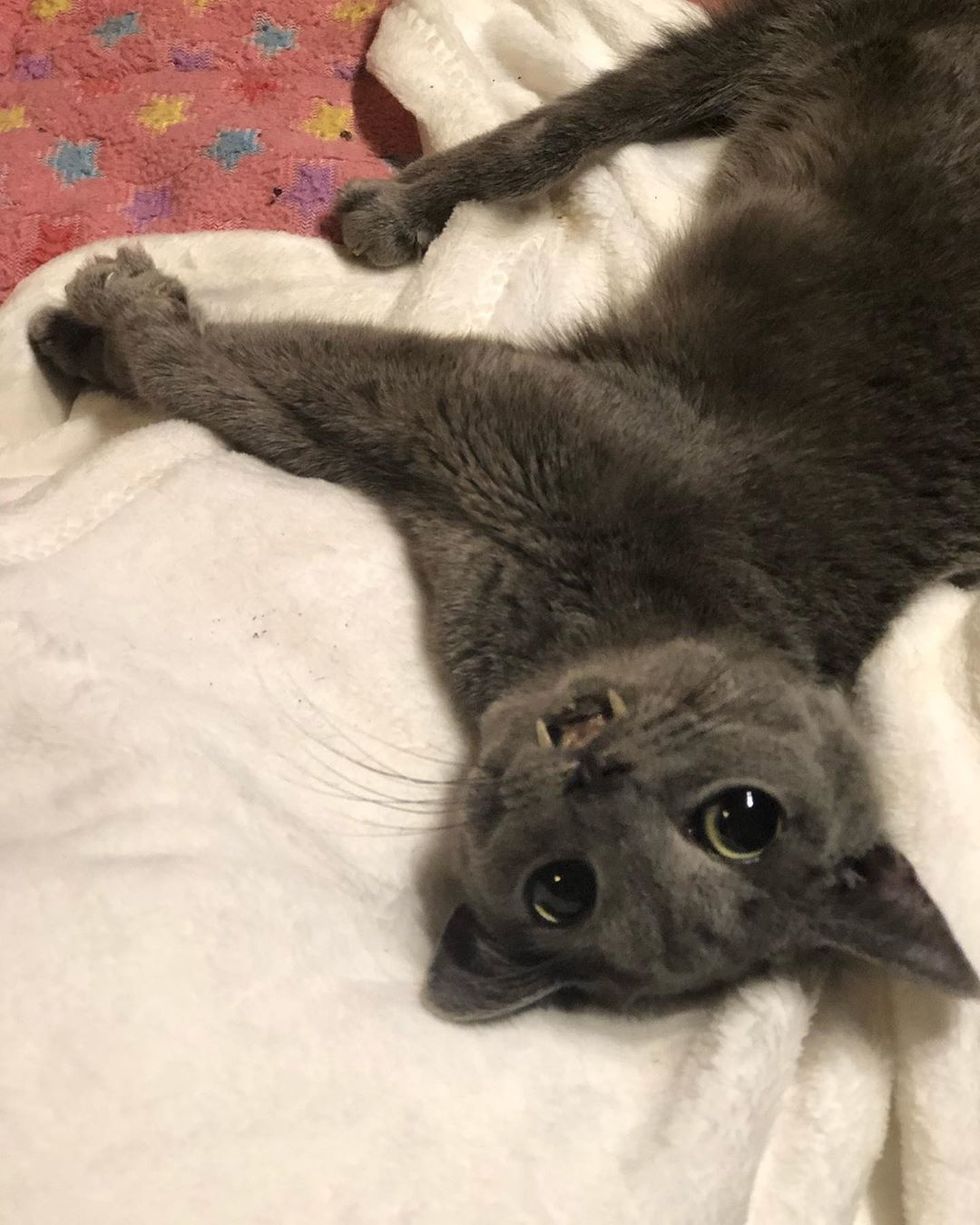 Every night, Speck insists on having a 15-30 minute cuddle session with his humans before he falls asleep by their side.

In the morning, without fail, he wakes them up right before 6AM, starting their day with his signature cuddles. 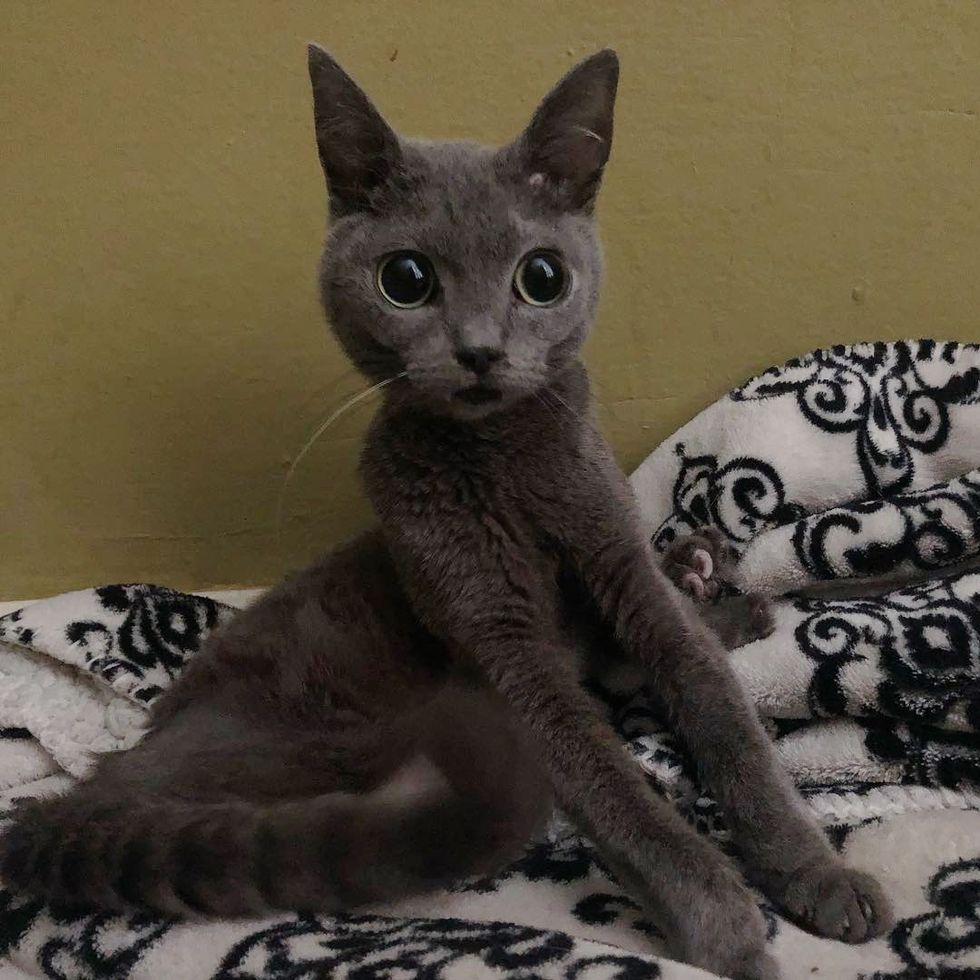 "He'll gently tap you to wake and then throw himself onto your arm for some deep ear rubs. He loves ear rubs so much he pushes as hard as he can, sometimes lifting his body off the ground."

After corralling everyone to the kitchen, it's time for breakfast followed by morning exercises in the yard with his feline roommates. 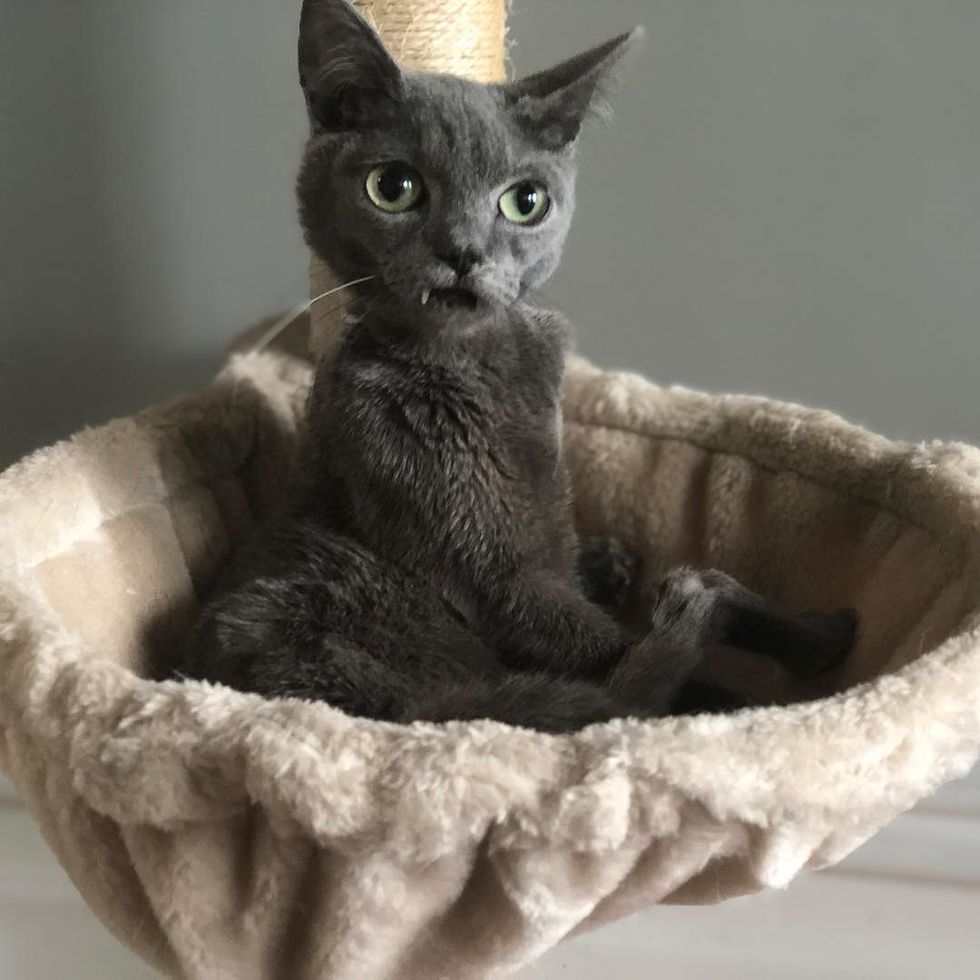 "We've started waking up earlier to accommodate his morning schedule. He enjoys all the things cats love. He just needs a little help getting them within his reach."

Speck continues to live life to the fullest and is always happy, unaware of his condition. 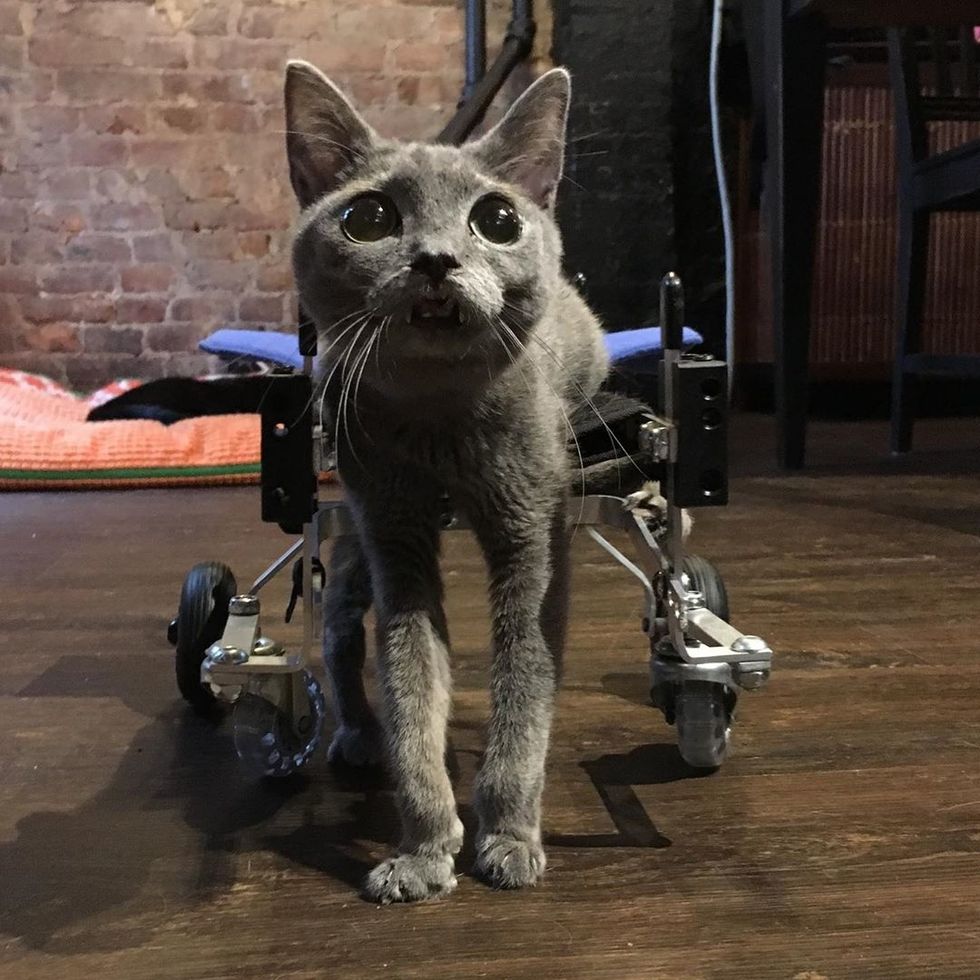 He may look a bit different and needs some help at times, but this warrior cat purrs nonstop whenever he's with a friend, furry or human kind.

"He doesn't think about his limits. To him, it's just how he is and he doesn't let it stop him." 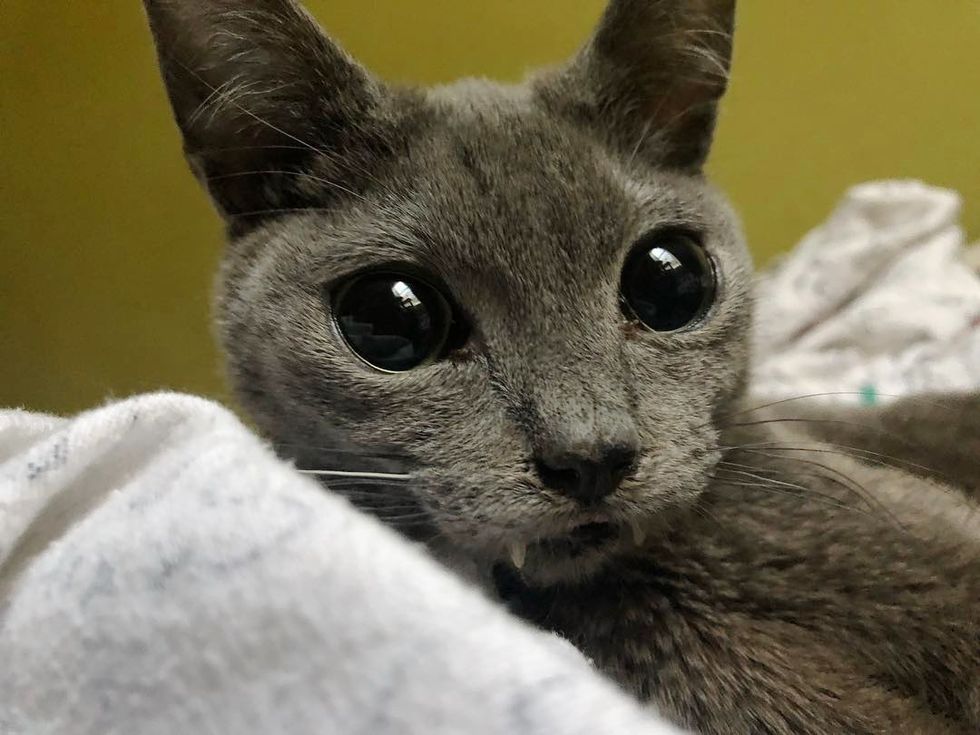