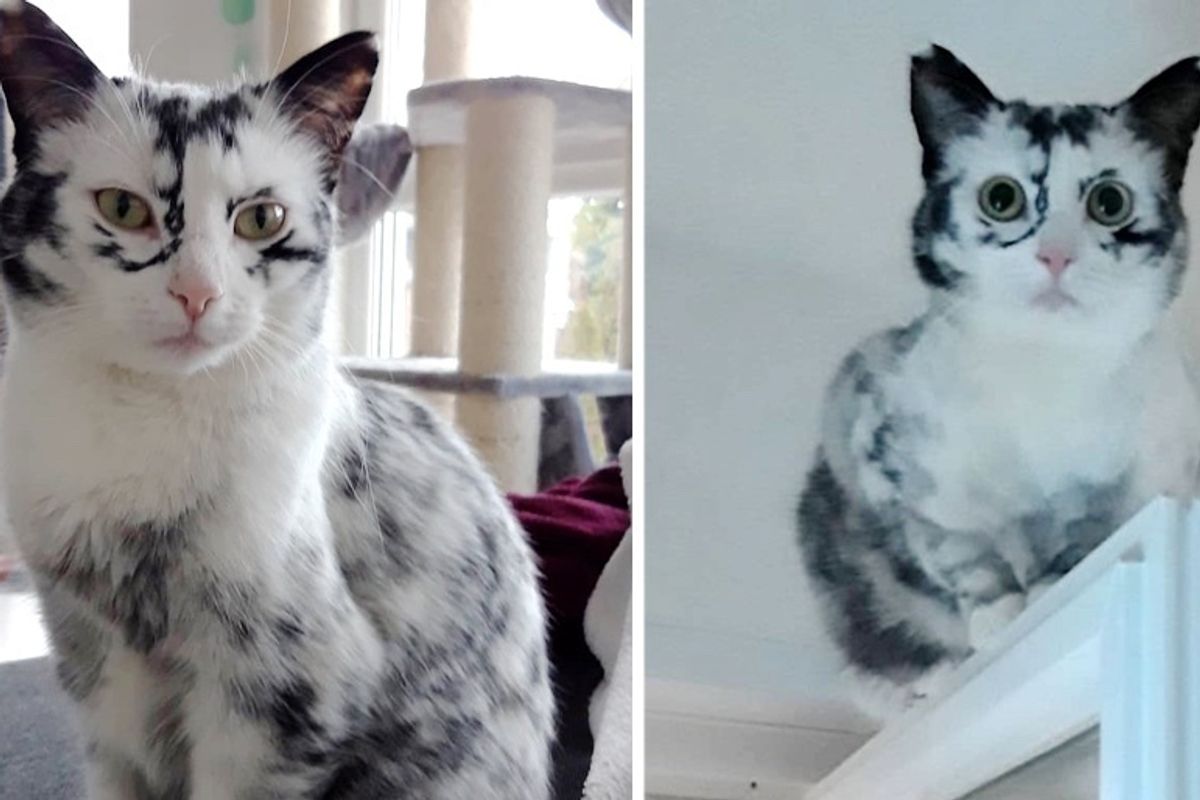 Elli the cat was a tuxedo throughout her kitten-hood, but things began to change a year after she was born. 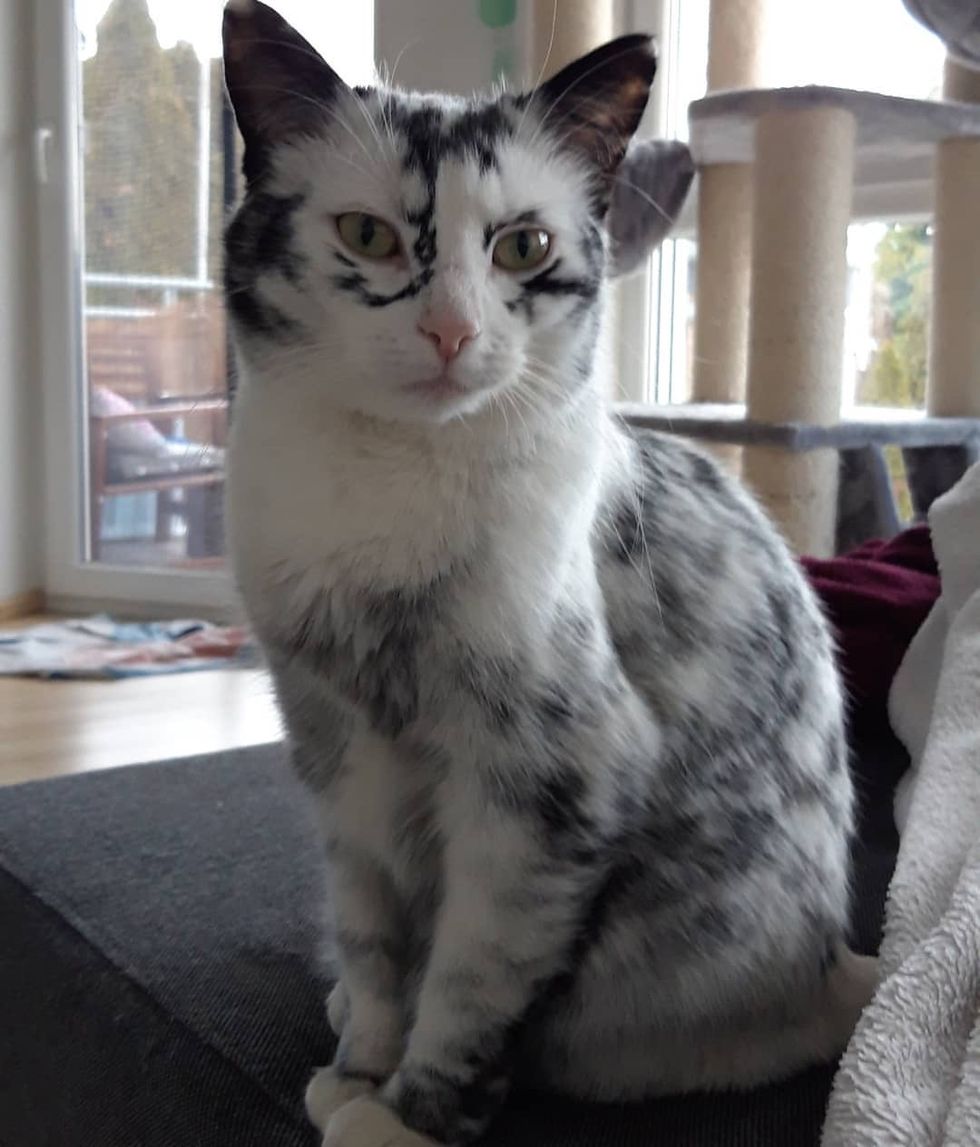 Nicole from Germany found Elli and her sister at a local farm when they were four-month-old kittens. They were in poor shape and desperately needed medical attention.

"They were in a desolate condition with mites and infections in their ears. It hurt me to see them suffer, so I took both home," Nicole told Love Meow.

Nicole had been thinking about getting a new cat, but never expected to find them this way.

With proper care and plenty of love, the two sisters were nursed back to health. They both had very similar black and white markings on their coats that resemble tuxedos. 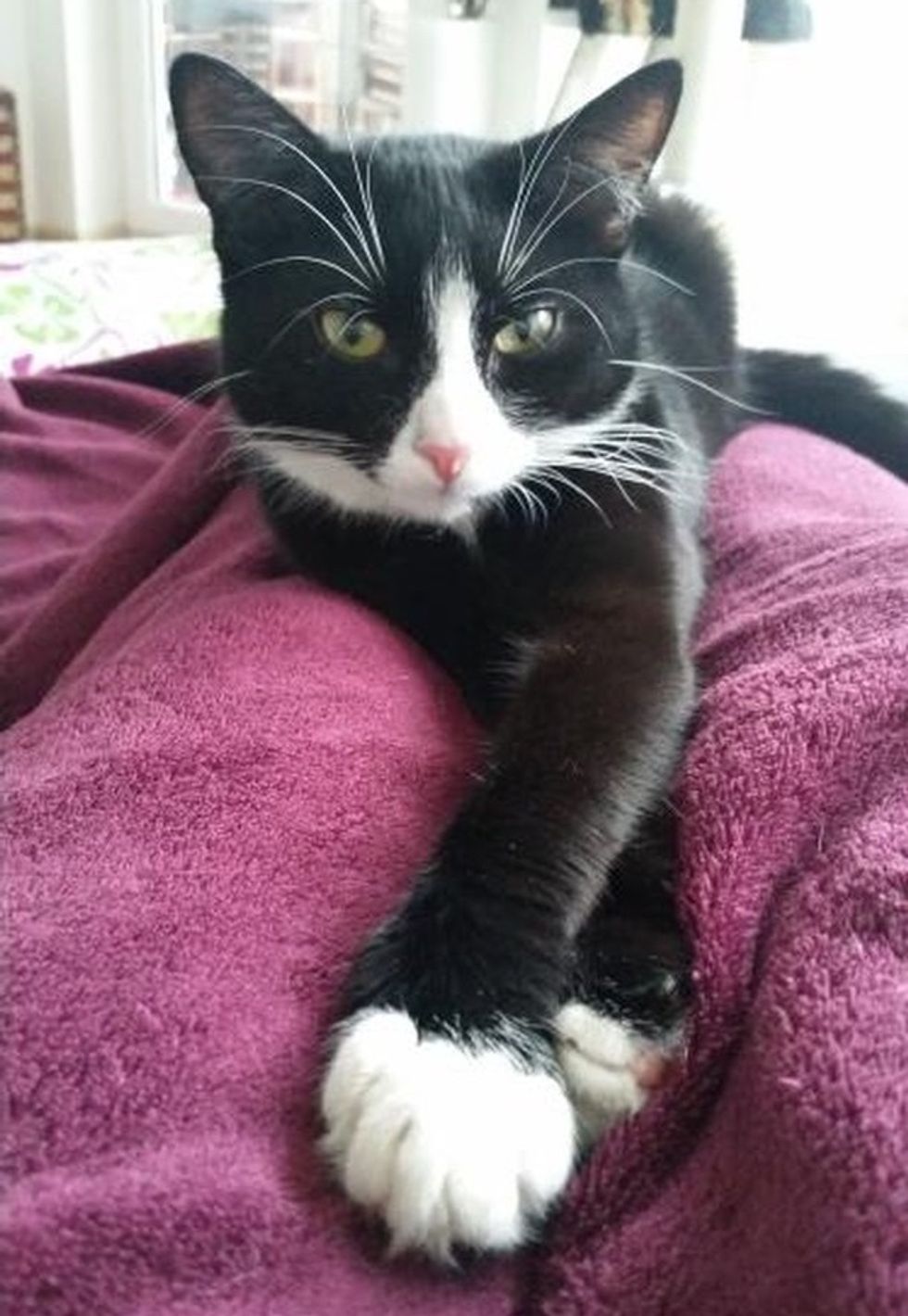 From the start, Elli was extremely affectionate and cuddly. "She was very playful and sometimes acted more like a dog than a cat," Nicole said.

Nine months later, Nicole began to notice something happening when she spotted a small white patch on Elli's black coat. 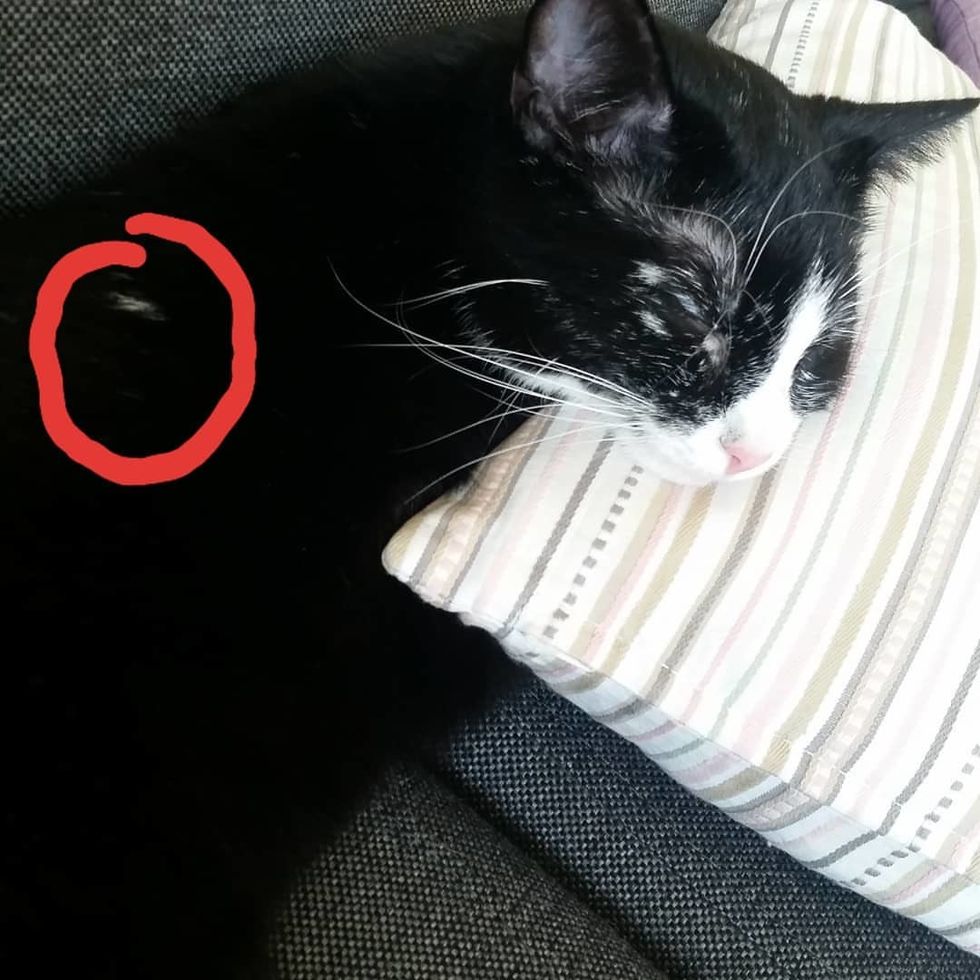 "It wasn't there at the beginning. I thought it was lint and tried to remove it, but it turned out to be her fur," Nicole told Love Meow.

Over the next few months, white patches continued to form all over her tuxedo coat. 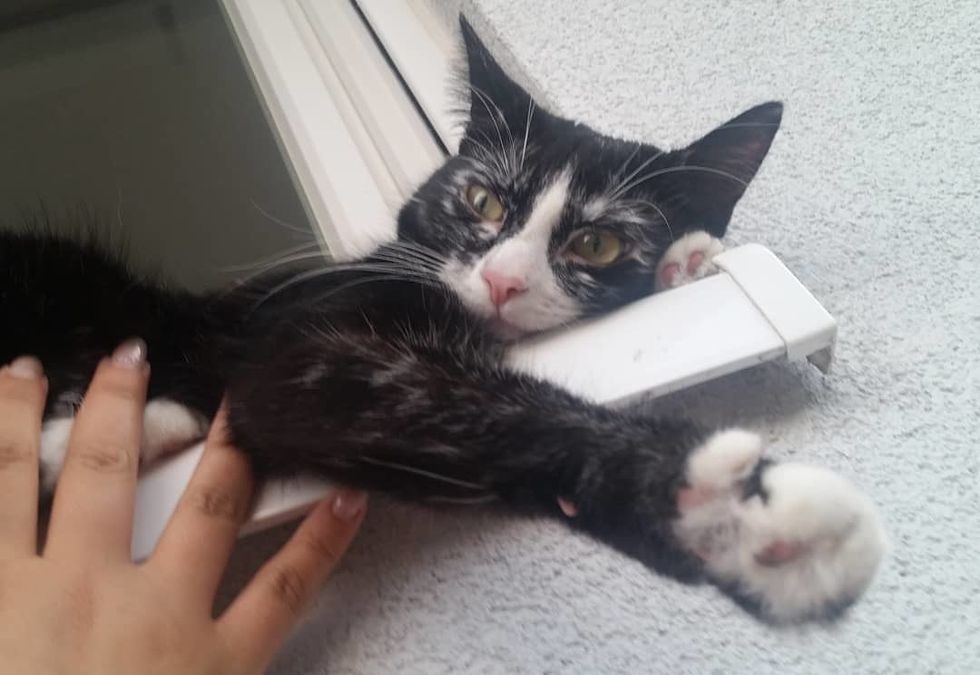 Nicole took her to the vet, hoping to find out what might be causing her markings to change.

She was surprised to learn that Elli has a rare condition called vitiligo — where patches of her skin/fur lose their pigment. 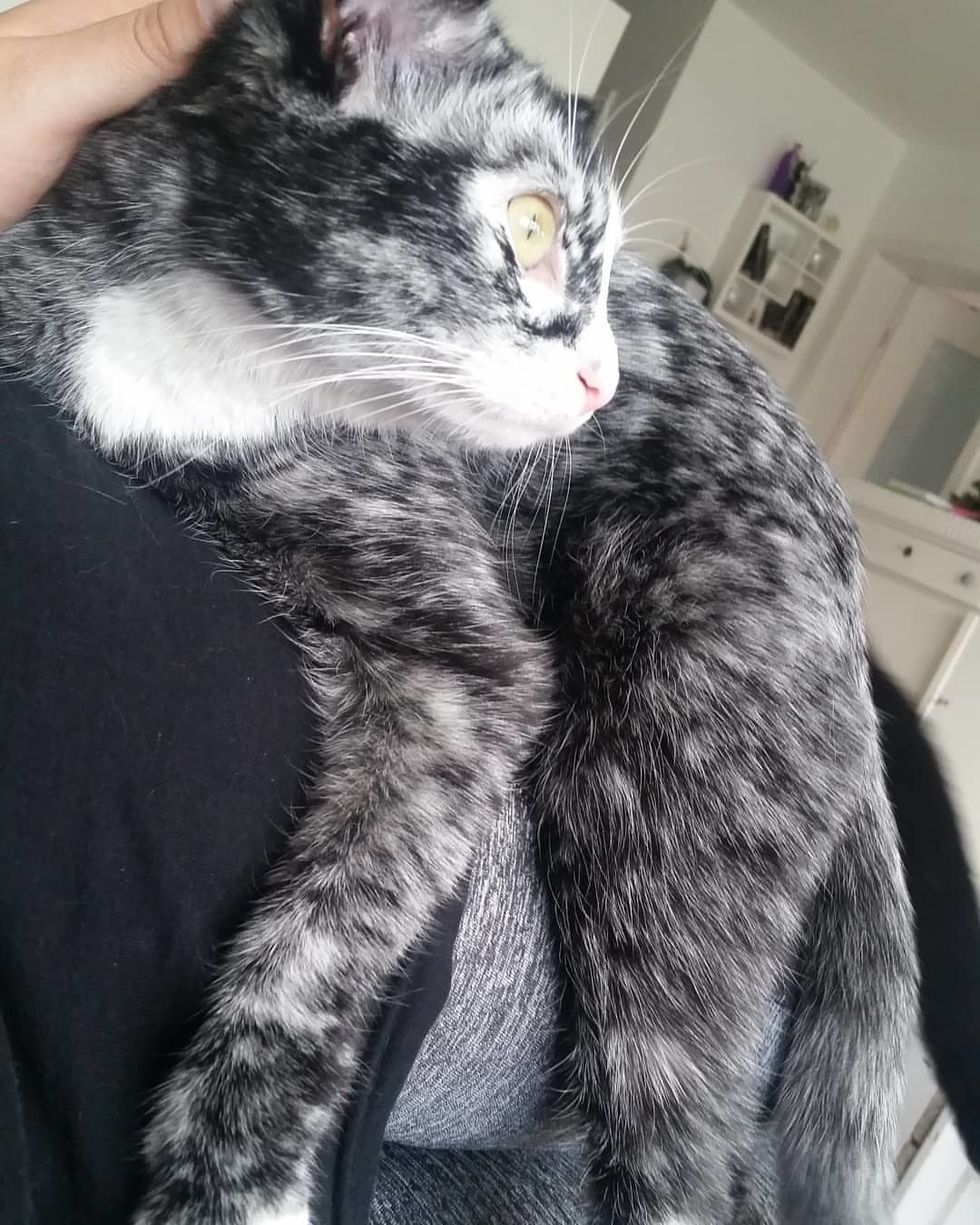 Vitiligo affects about 1% of the world's population in humans, but the condition is even more uncommon in animals - cats, dogs and even horses can develop vitiligo.

The condition doesn't bother Elli at all. It is pure aesthetics and adds more to her adorableness. 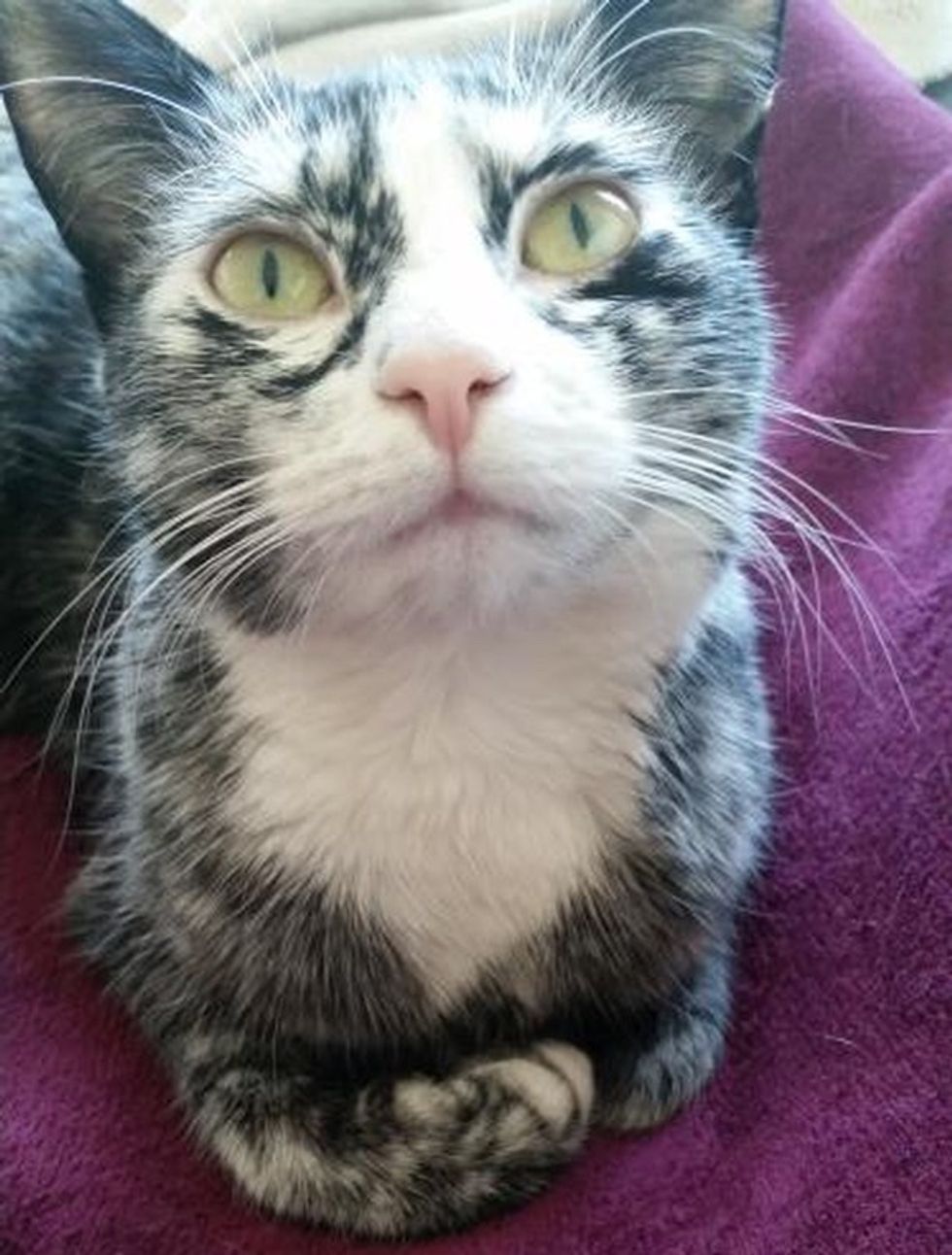 One year after Nicole discovered the first patch of white, Elli had gained plenty more snowflake like spots all over her coat.

Despite the changes, the kitty continued to enjoy her life without a care in the world. 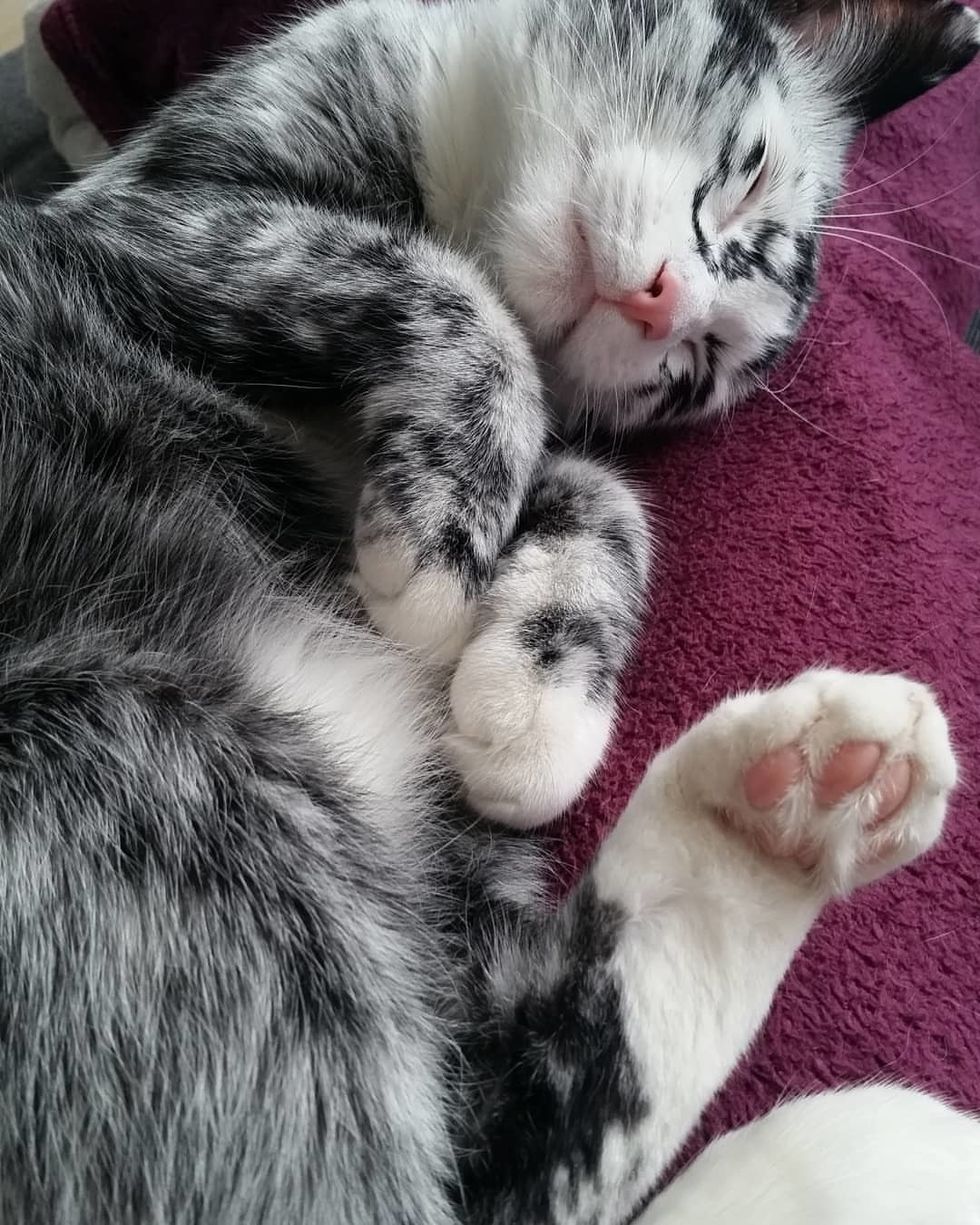 Elli has a big personality and quite the cattitude. One of her favorite things to do is to perch on top of a window or door and supervise her humans from above. 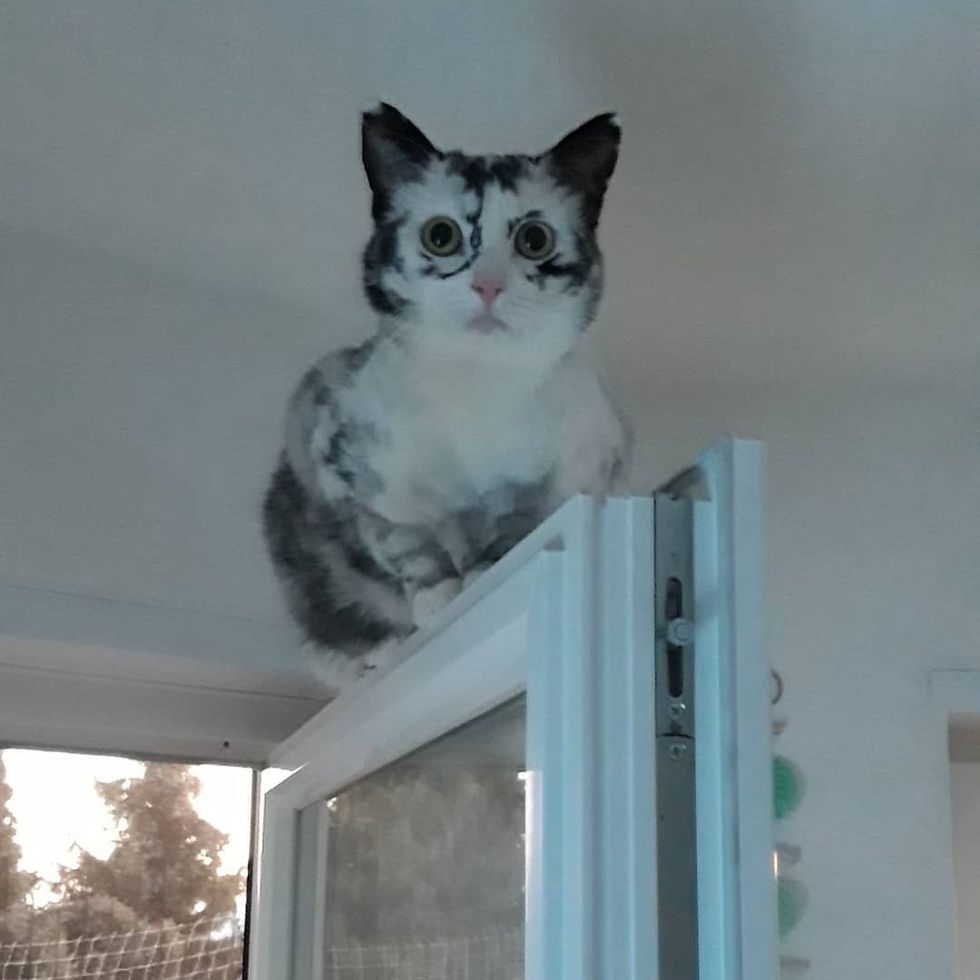 She is curious about everything that Nicole is doing and follows her around the house.

Elli is turning three this March. She is healthy, happy and as cuddly as ever. 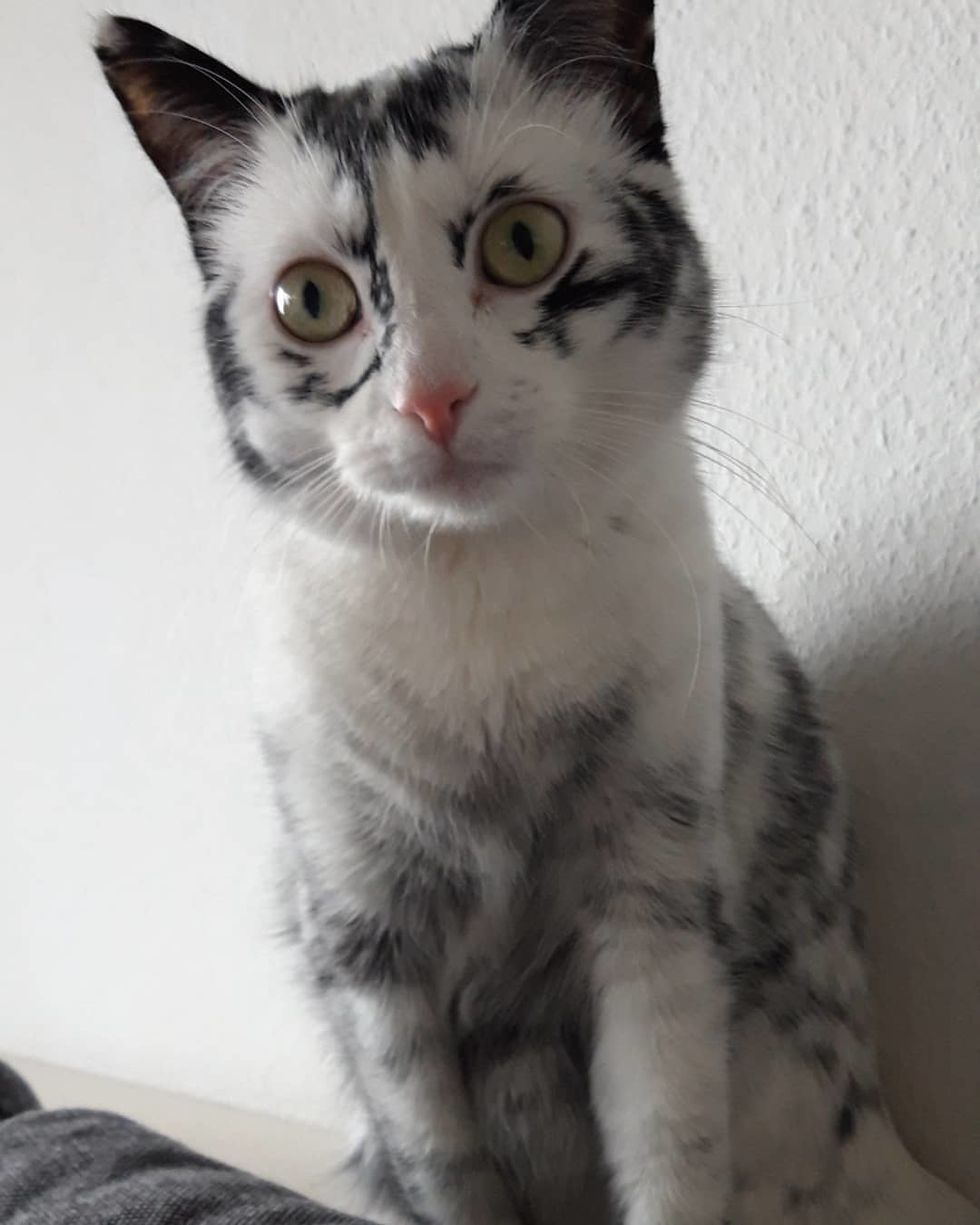 Elli lived her first year as an adorable tuxedo kitten, and she's really transformed since.

"She is so cute and her fur continues to change every day," Nicole told Love Meow. 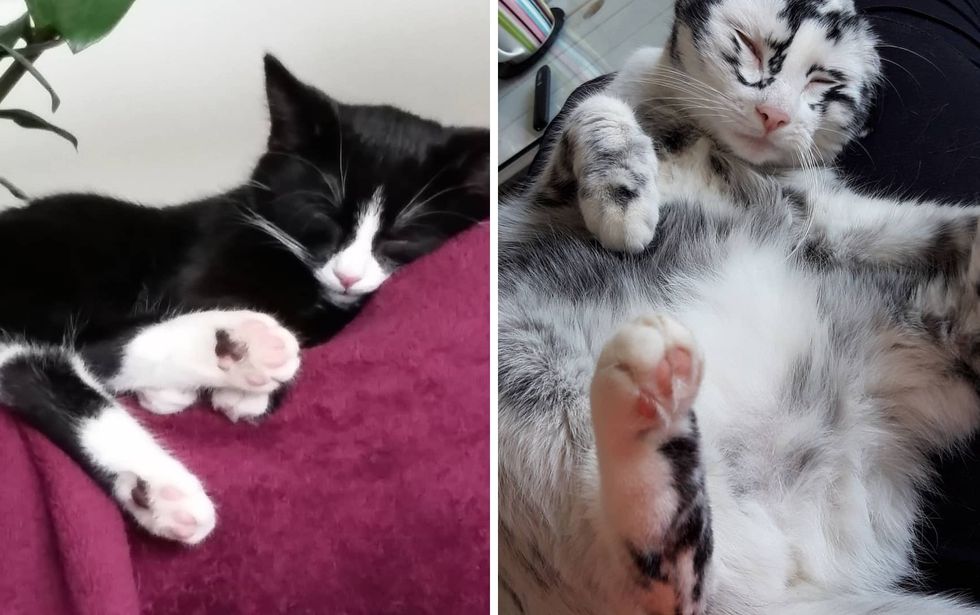 Watch Video - Elli then and now:

Cat with vitiligo - then and now youtu.be

Related story: Kittens Found Huddled in a Shed, Their Coloring Changes Completely as They Grow