A feline brother and sister are happy to be in a warm home after they were found in a pile of snow. 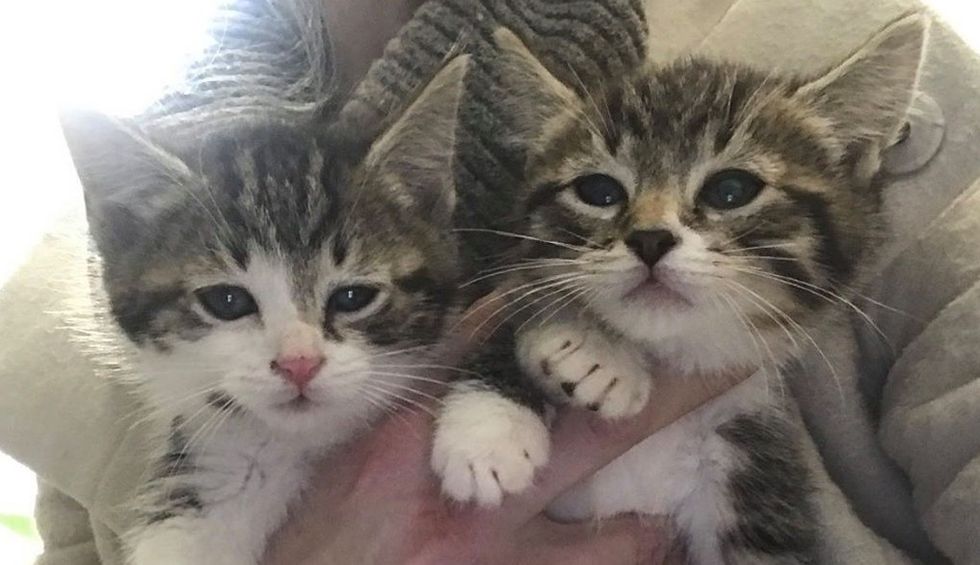 A couple of weeks ago, a Good Samaritan from Danvers, Massachusetts spotted two little kittens outside in the snow. She couldn't leave them out in the cold, and rushed to their rescue.

The kind woman reached out to The Odd Cats Sanctuary and asked if they could help. Tara Kay, founder of the cat sanctuary, immediately took them into her care.

"The woman found them in a pile of snow. They were outside at five weeks old, fending for themselves," Tara told Love Meow. "It was freezing that day. They seemed like they had just been abandoned." 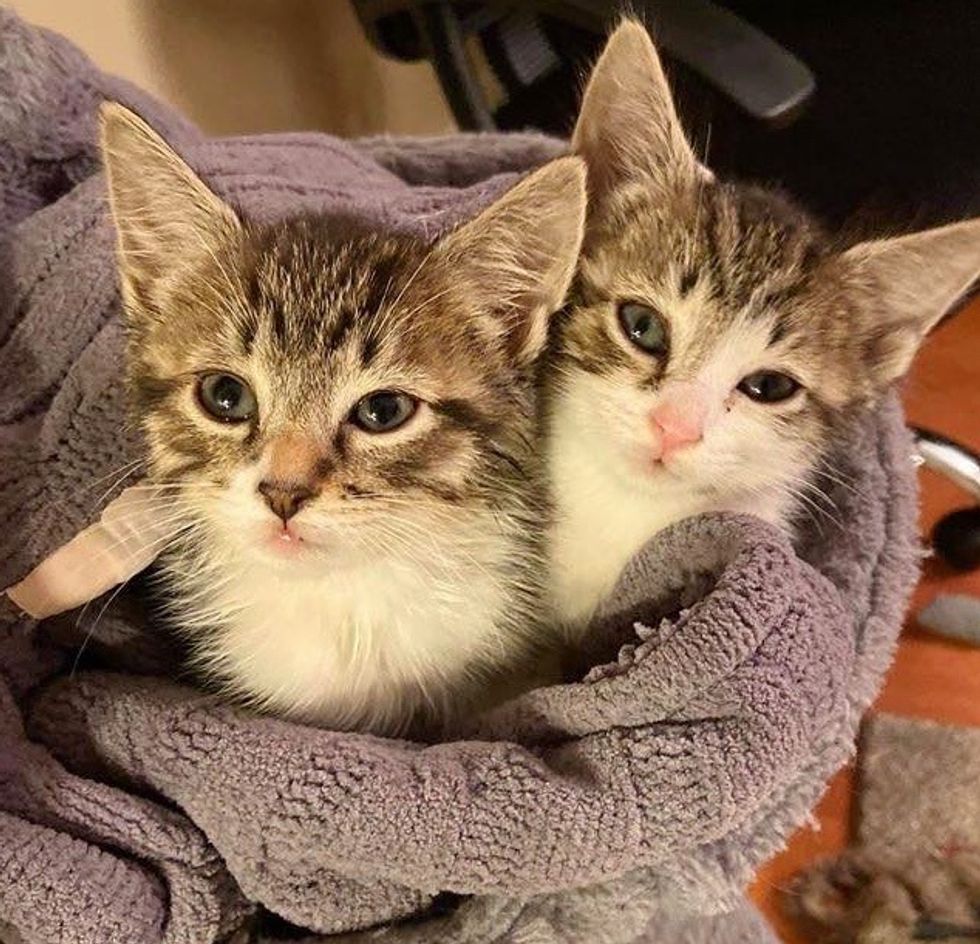 The kittens were purring up a storm as if they knew they were safe. Within minutes, they became cuddle-bugs — they craved attention and just wanted to be held.

The brother was named Jingle and the sister Belle. The two share an inseparable bond and never stray far from each other. 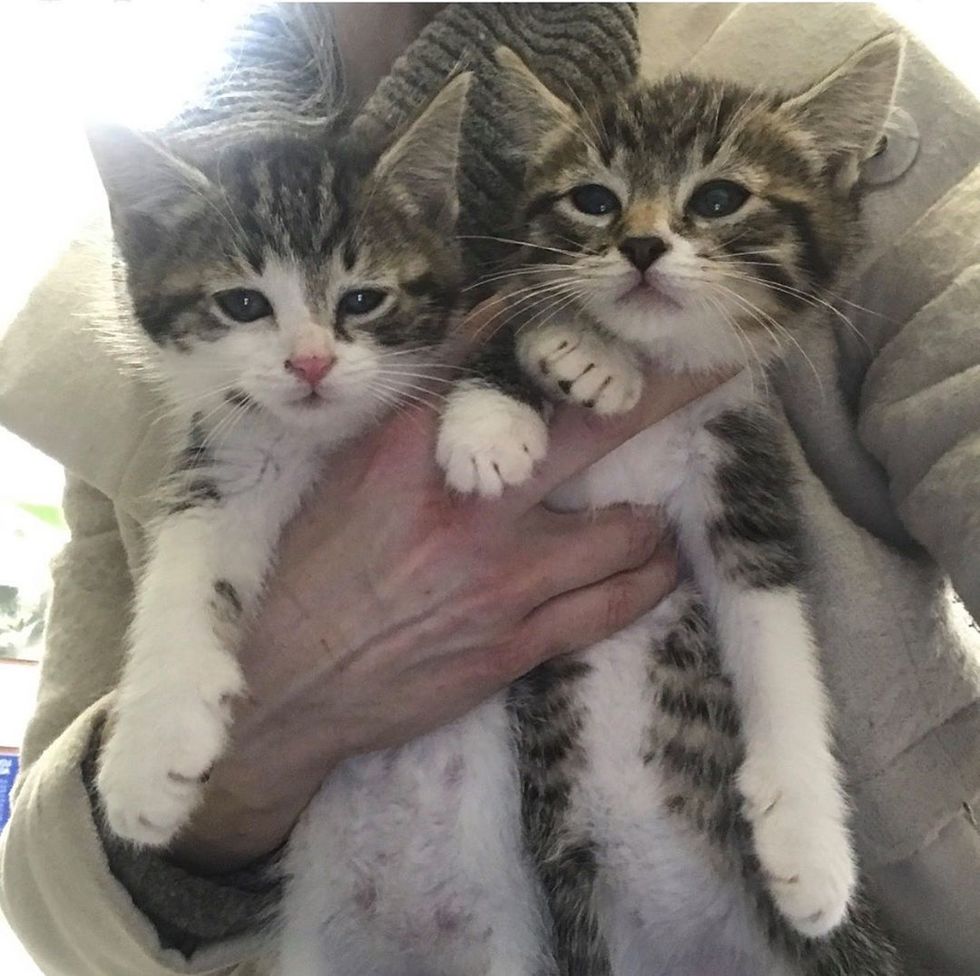 Belle is the braver of the two and will come up to anyone for attention and cuddles. Jingle is a bit shy but follows Belle around the house, trying to do everything his sister does.

Belle, the rambunctious ball of energy, will climb anything she lays her paws on, and Jingle will follow suit. 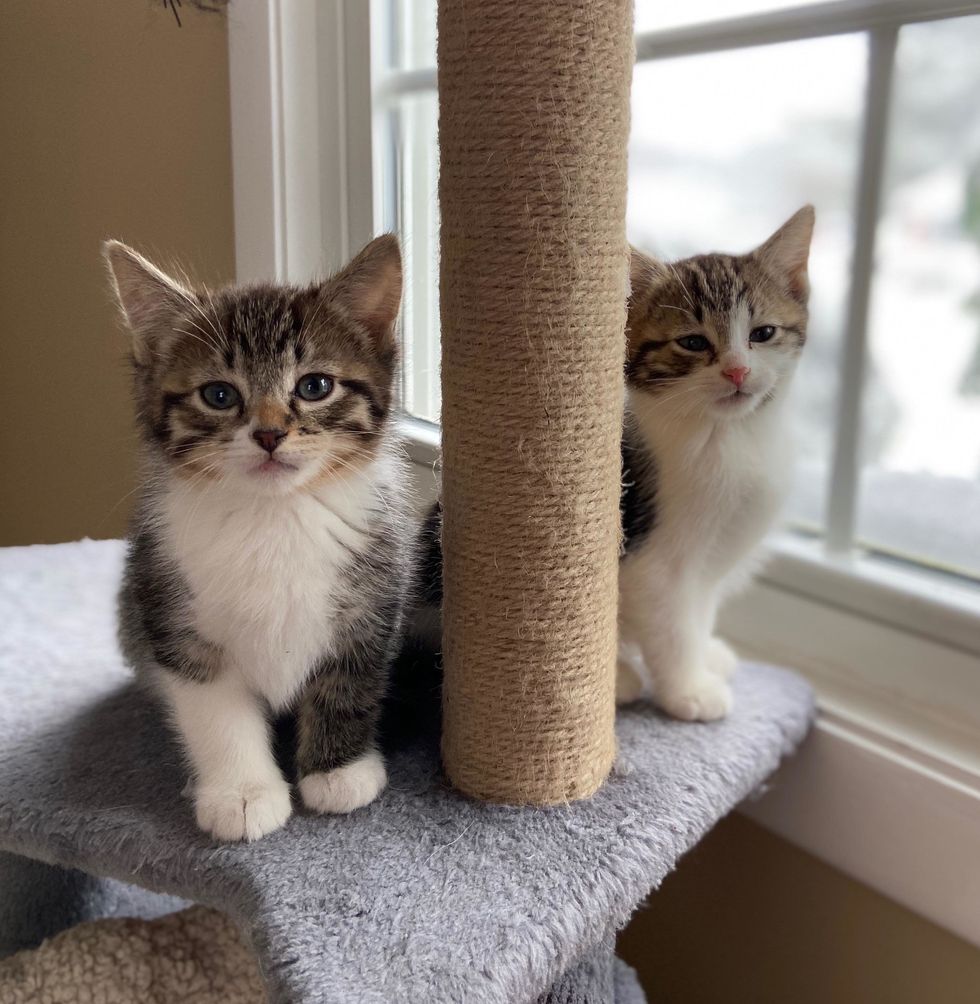 While it's snowing outside, the duo is enjoying their first holiday season in the comfort of their foster home — a contrast to the rough beginning they were both found in.

"They seem so thankful to be safe and warm," Tara told Love Meow. 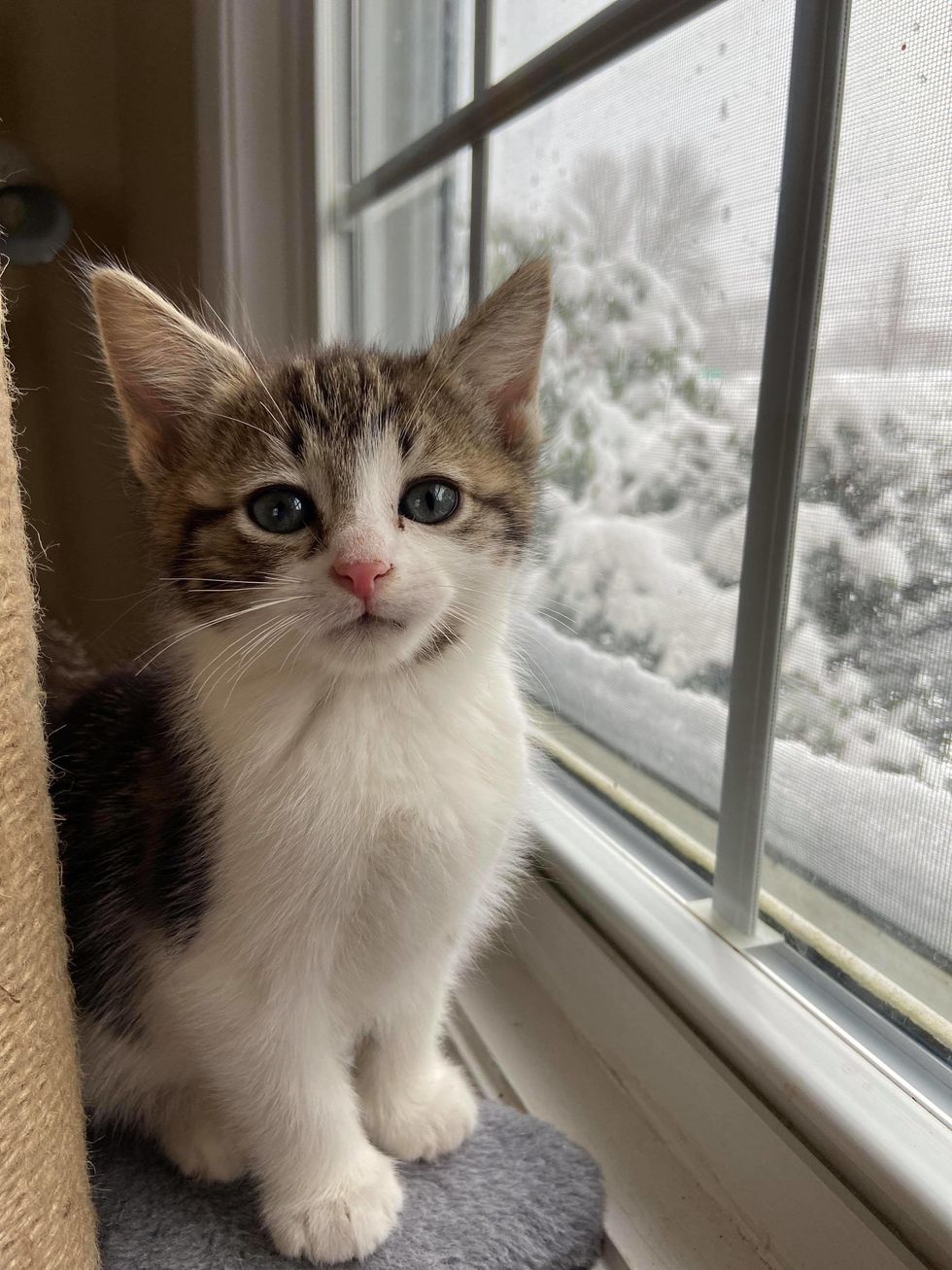 The kittens have quickly adjusted to life as indoor cats. They are loving all the new toys, chasing each other around the house, creating countless antics.

Watch the two in this cute video:

"Jingle and Belle are both super playful, love to be held and purr nonstop," Tara added. 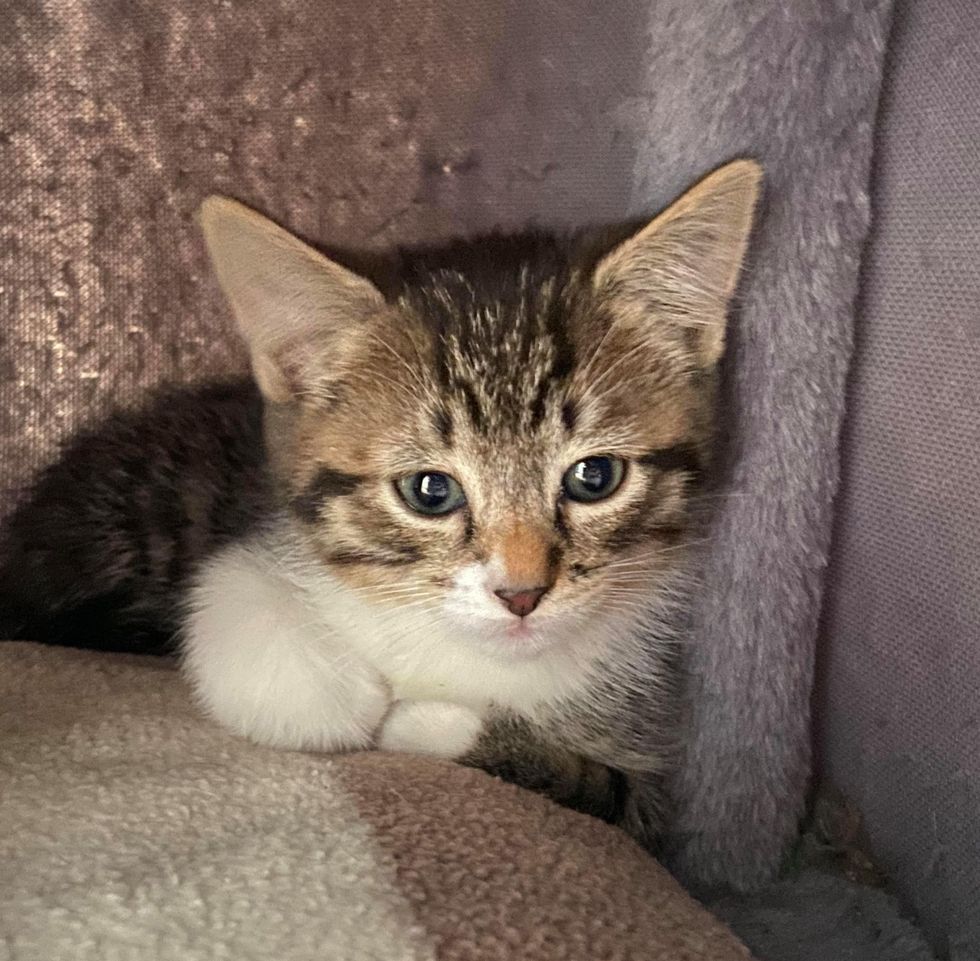 In a few weeks, they will be ready for a place to call their very own. The rescue hopes to find them a forever home together.

Belle befriended another foster kitten, and Jingle joined in the fun. 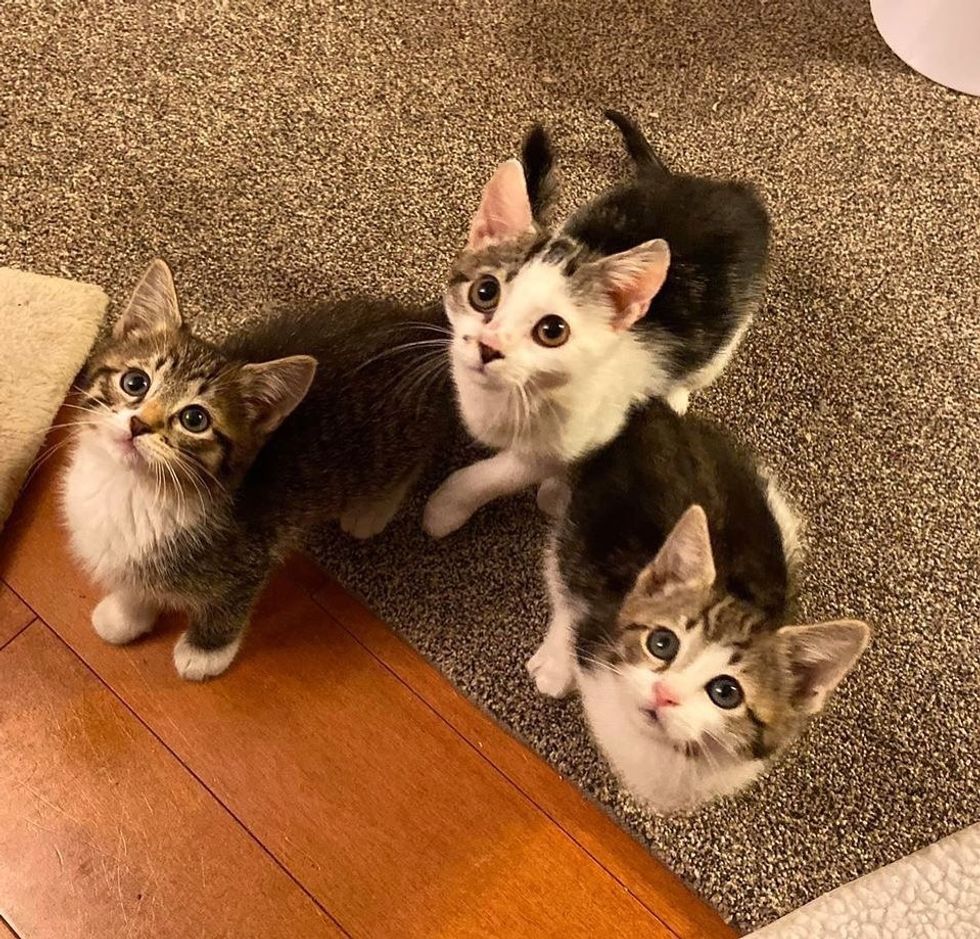 No more worries about food and shelter, the brother and sister are loving their new VIP life and can't get enough of cuddles from their human friends. 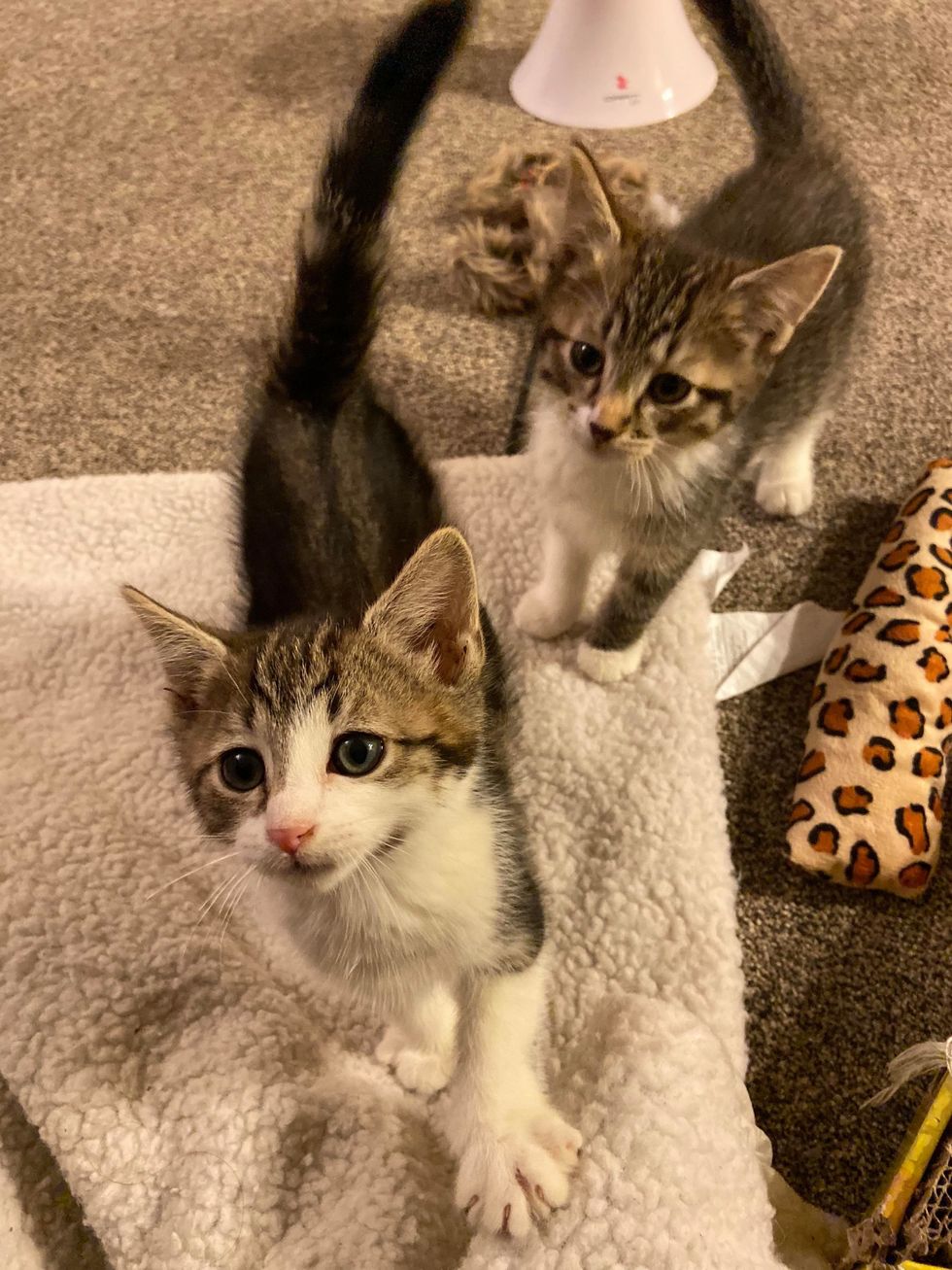 Related story: Kitten is So Happy to Be Helped, He Cuddles His Rescuers Everywhere They Go