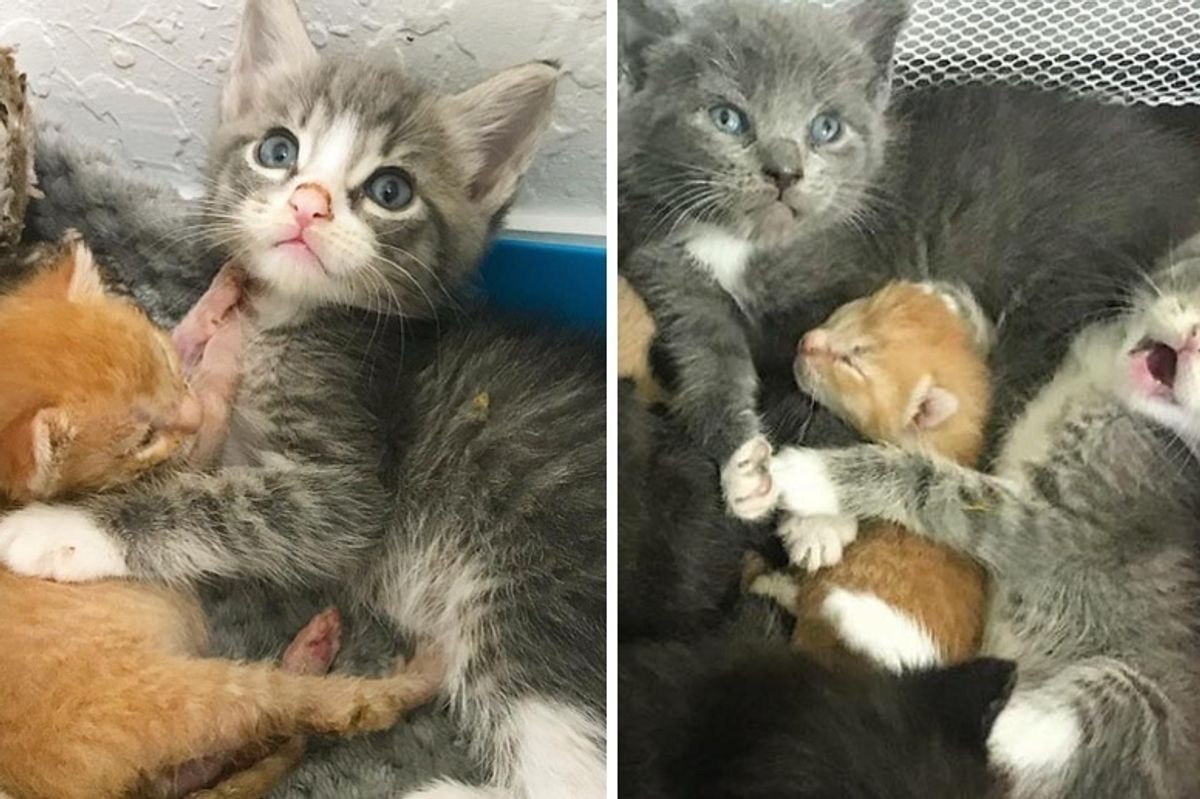 Kittens Help Save Their Tiniest Brother from Another Mother with Cuddles

Kelvin the kitten was brought in to a local shelter in Orlando, Florida for a second chance at life.

At five days old, he was just the size of a newborn. 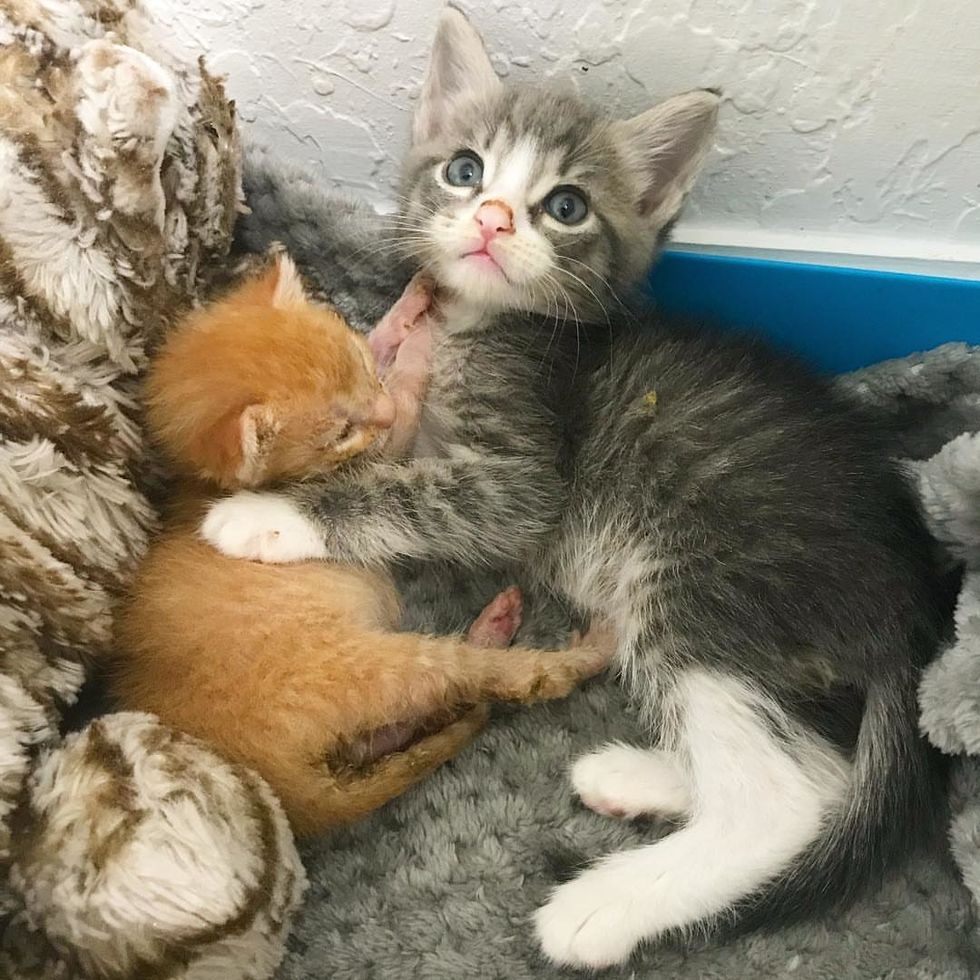 Meanwhile, five other kittens from two separate litters were found and taken to the shelter, Pet Alliance Greater Orlando. They were about three weeks old. Just like Kelvin, they were in need of a mom and a foster home.

The shelter reached out to their volunteers and asked if anyone could foster the kittens along with a surrogate mom, Joule, who had recently finished raising her own kittens and still had milk left. Lisa Krakosky saw the plea and stepped up to help.

"Kelvin was brought to the shelter with another kitten that unfortunately did not make it," Lisa told Love Meow. He weighed just 3.8 ounces (108 grams), very tiny for his age. 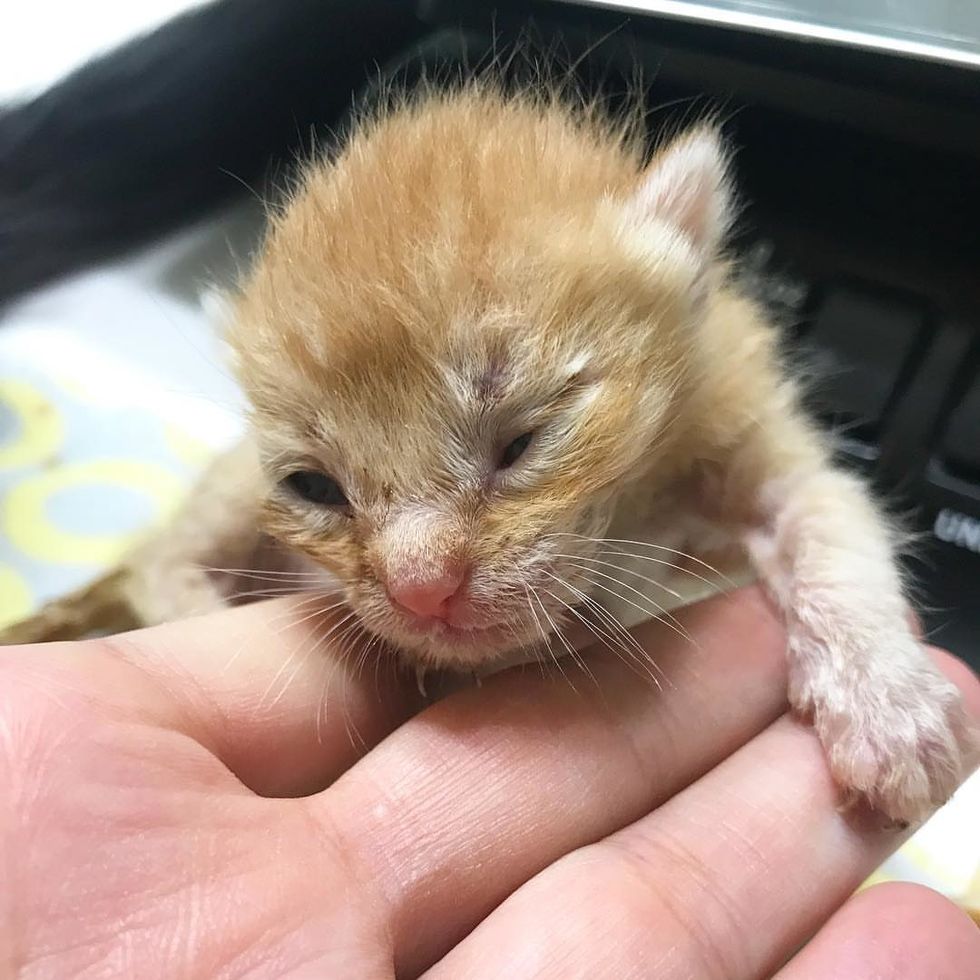 The shelter introduced him to the other five kittens (Maxwell, Weber, Lux, Lumen and Candela) so he could have litter mates to cuddle with.

The kitties from three different litters immediately came together as one adorable family. They started snuggling with each other and purring up a storm. 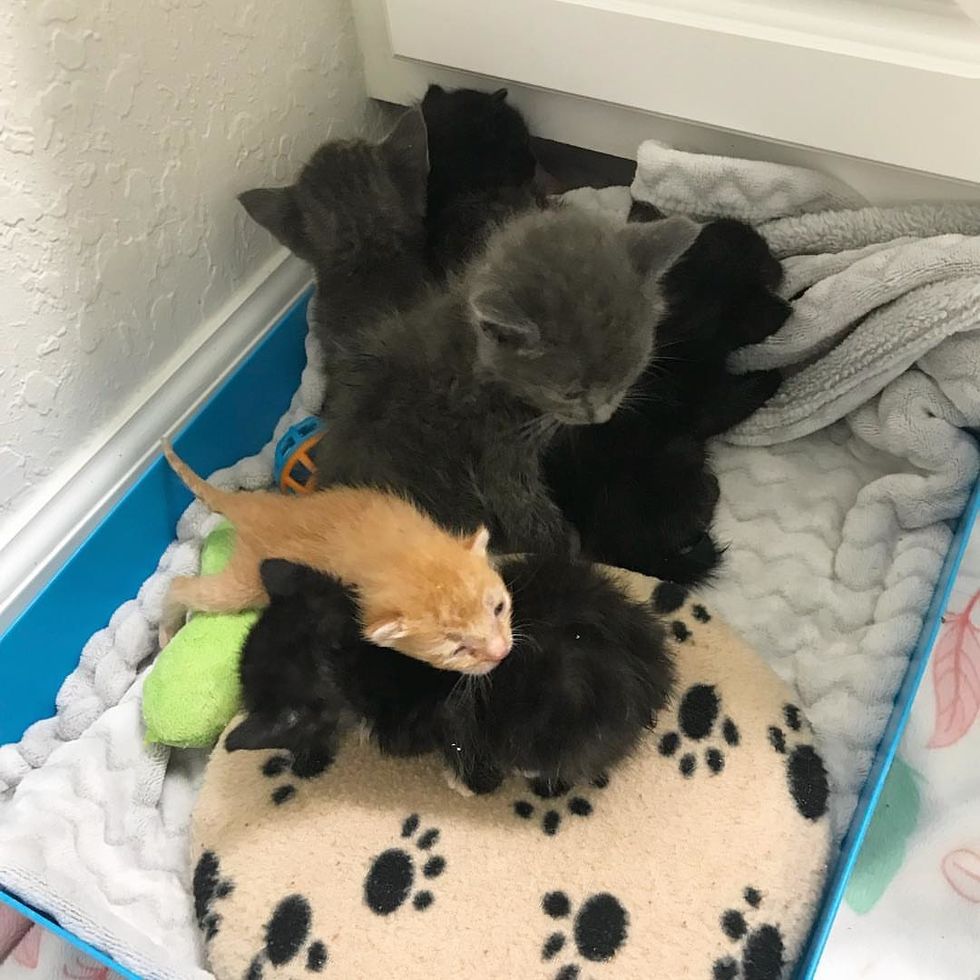 The bigger kitties adore their tiniest brother Kelvin. He often finds himself in the middle of a big cuddle puddle, surrounded by his loving siblings.

They wrap their arms around him and give him baths and kisses. 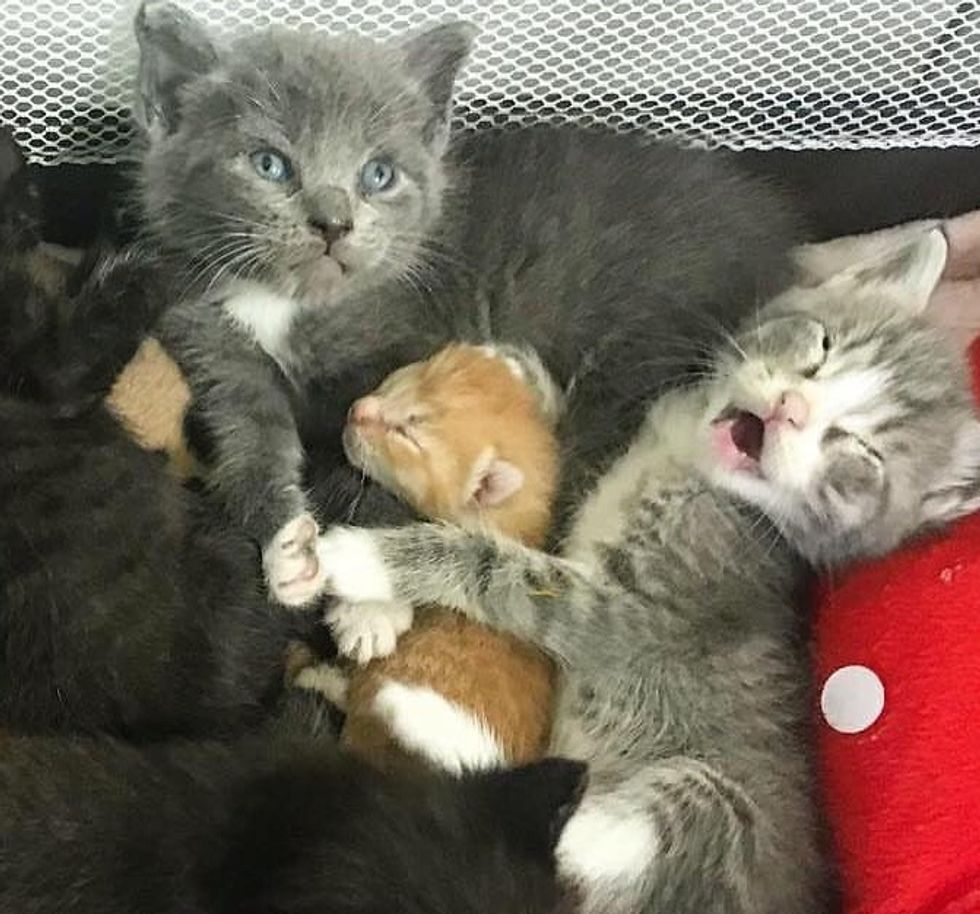 Since the other kittens were much bigger, Lisa had been supplementally syringe feeding him to help boost his immune system. In two weeks, Kelvin doubled his weight.

"I tried my best to help this little guy pull through." 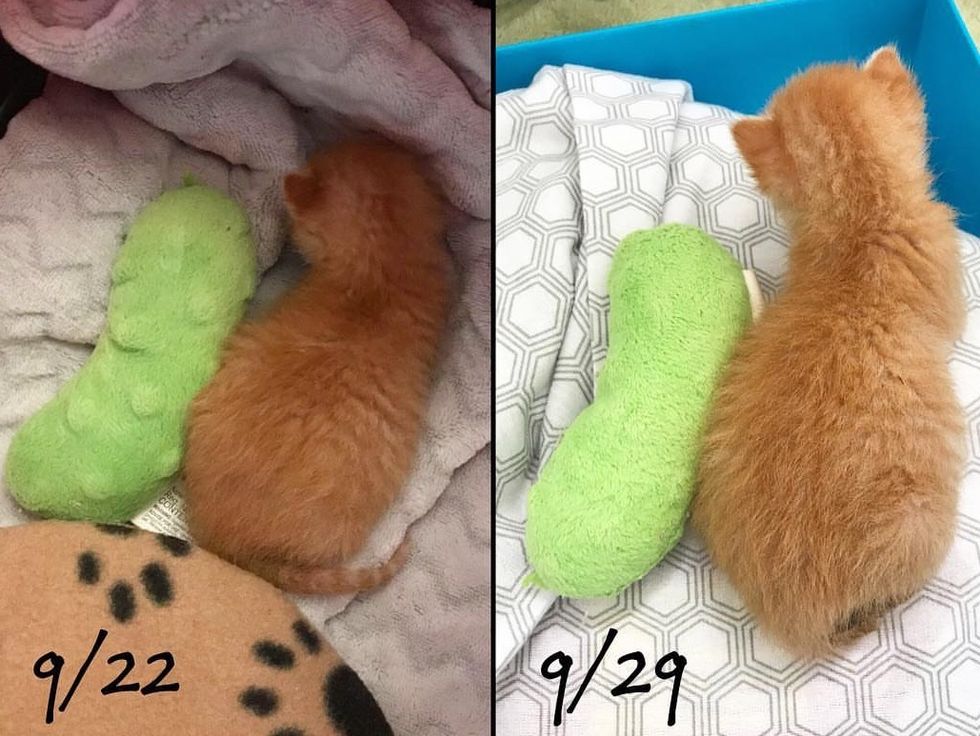 With round-the-clock care, Mama Joule's unconditional love and the bigger kittens' cuddles, Kelvin bounced back and began to thrive.

Watch Kelvin and his foster family in this cute video:

Kittens help save tiny brother from another litter with cuddles youtu.be

"Momma Joule has been an amazing surrogate mother to these six kittens. She is sweet, affectionate and has the cutest fluffiest tail," Lisa added. 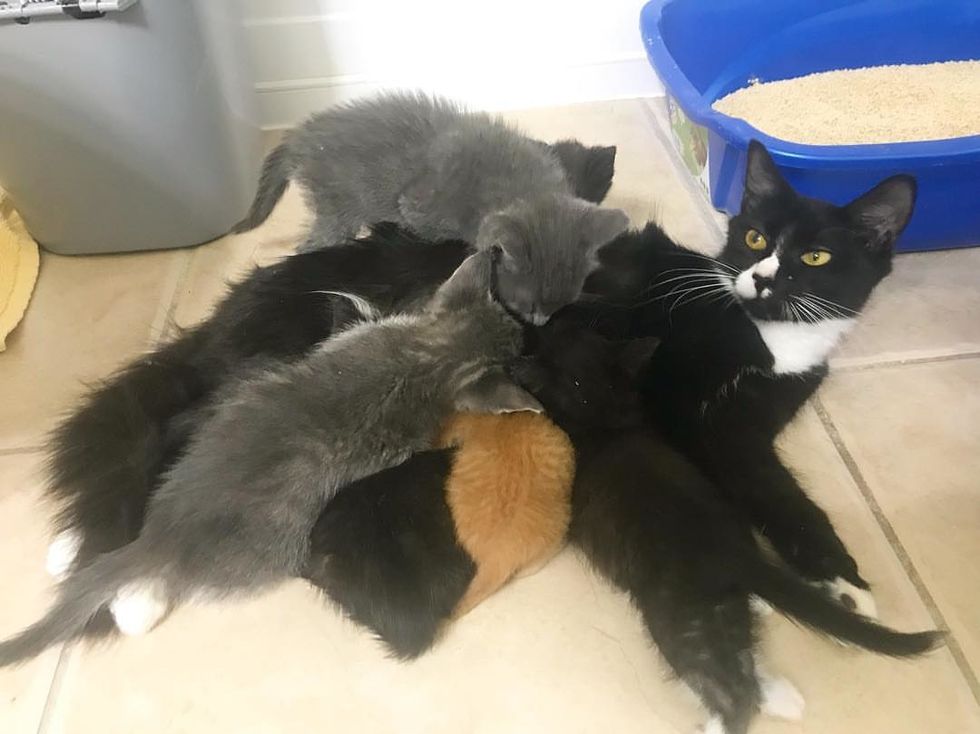 "All the kittens get along well despite being from separate litters, especially Kelvin and Lumen," Lisa told Love Meow.

Lumen loves her little brother Kelvin and will not let him go without a bath and lots of cuddles. 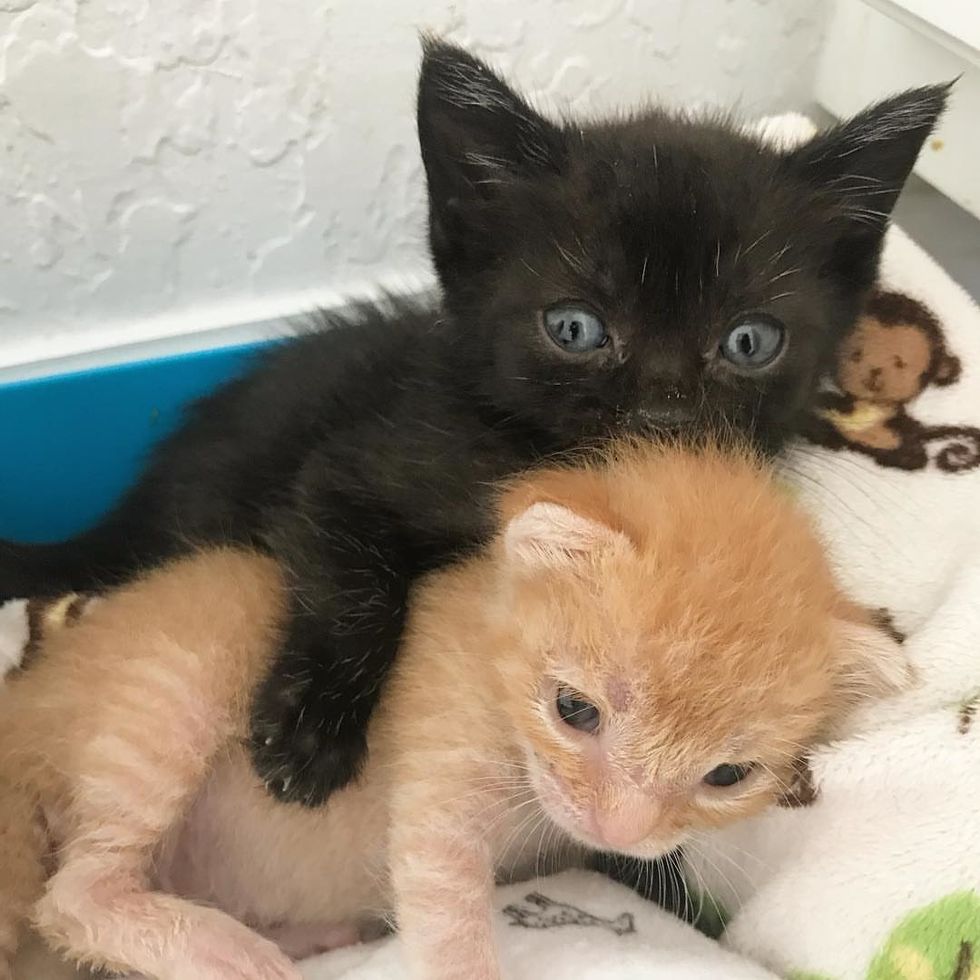 The little ginger is now seven weeks old and weighs about one pound, the size of a 4-week-old kitten.

What he lacks in size, he makes up for in personality and energy. 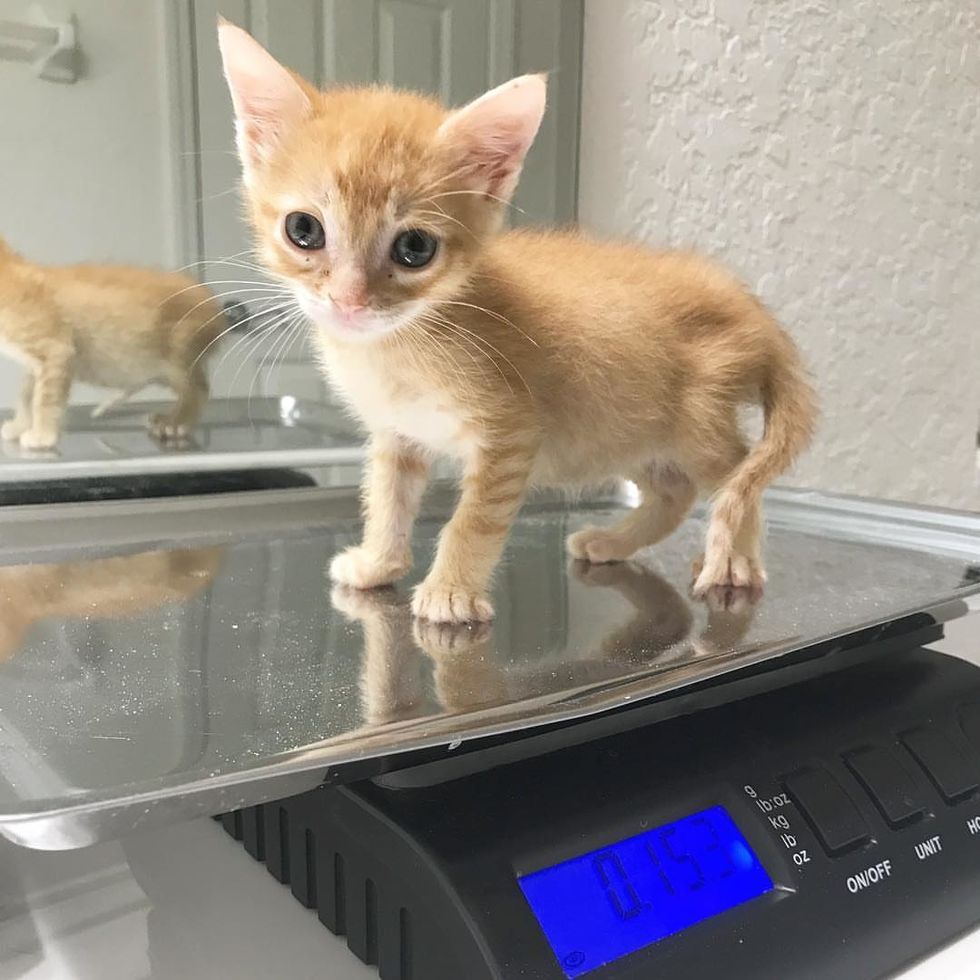 "With warm weather year round in Florida, kitten season never ends. Shelters or rescue organizations are always in need of fosters. Without fosters, kittens like Kelvin wouldn't have a chance," Lisa said. 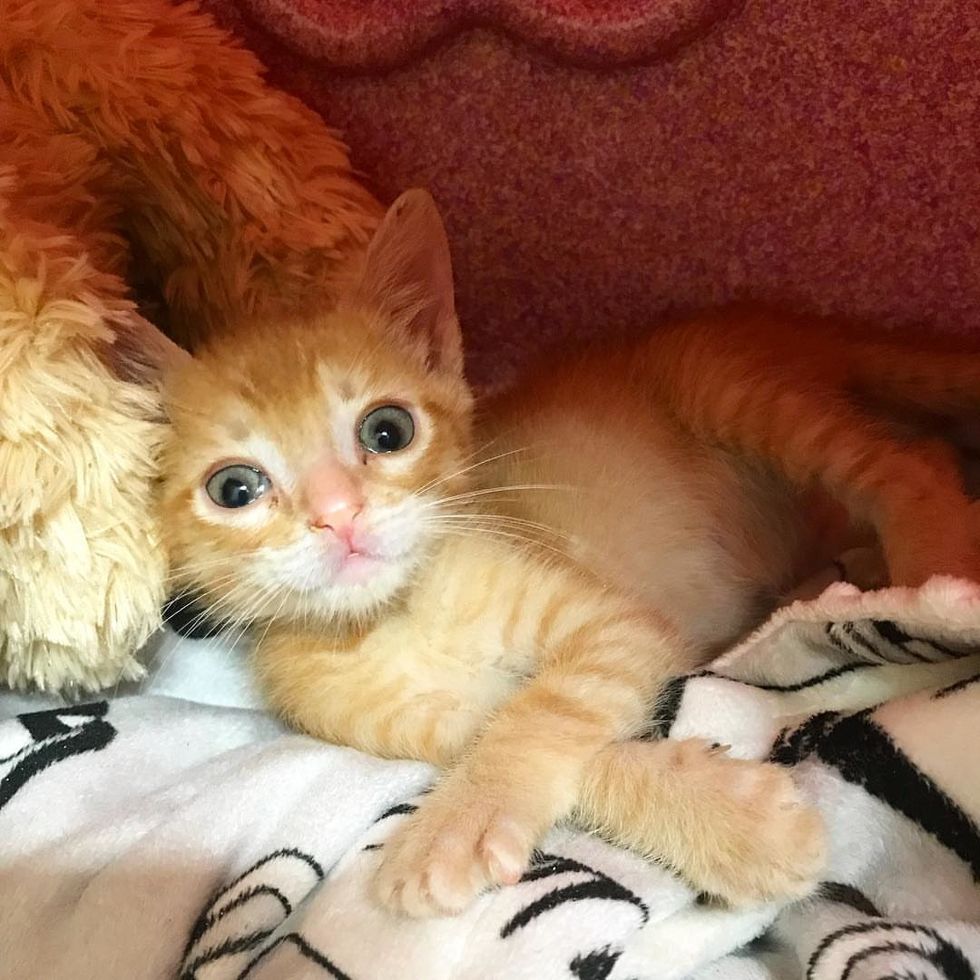