A tiny kitten chose a man to be her human and clung to him like velcro. 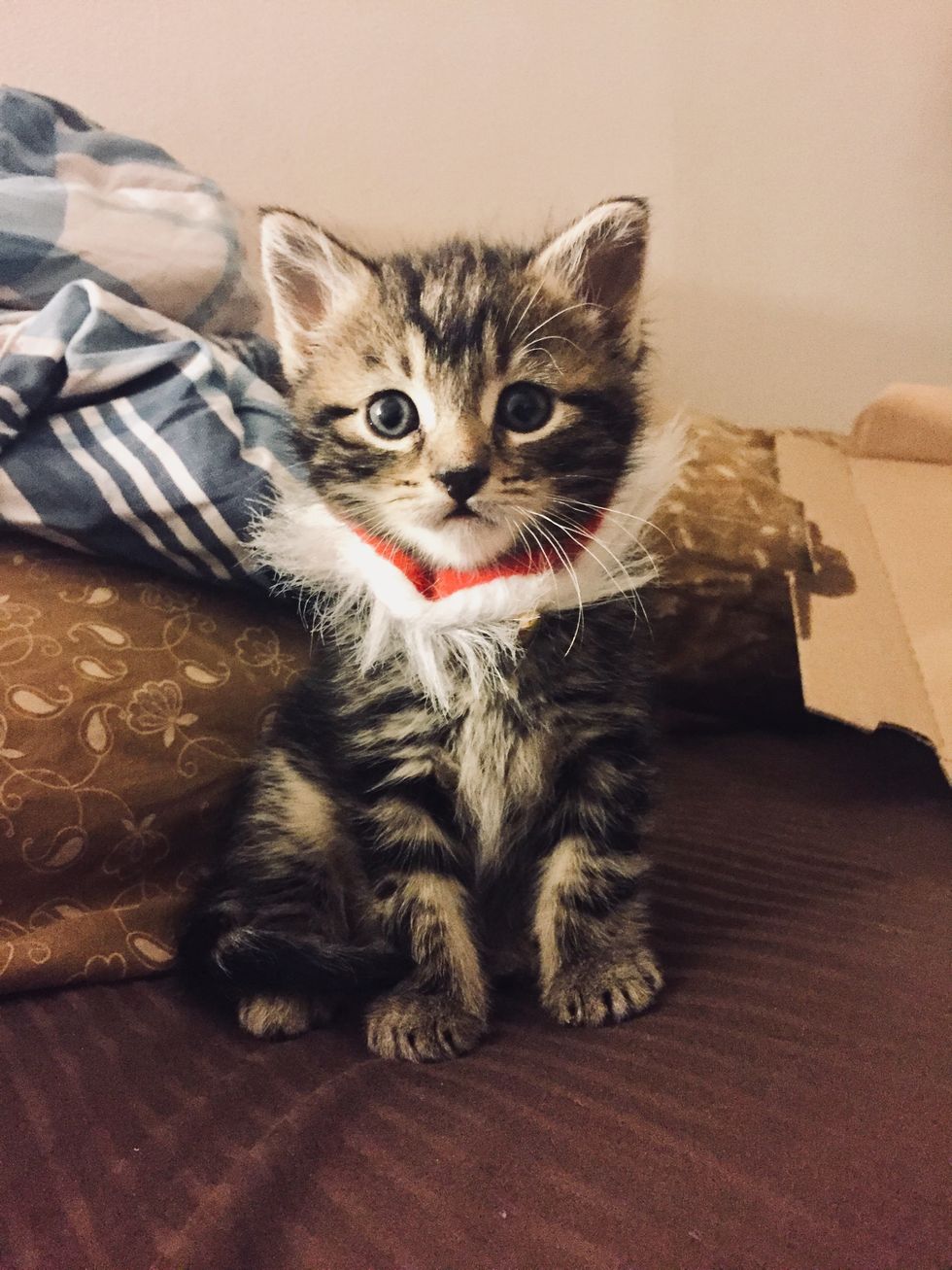 Clarice the kitten is ready for Christmasreddit/Rogers13f

Jesse's friend took in a pregnant cat so she wouldn't be put in the shelter and that her babies would have someone to look after them. Clarice is one of the kittens and when she was ready for a new home, Jesse and his fiancée opened their door to the little tabby. It was love at first sight.

They already had two very needy kitties (Alice and Buffy) but this tiniest member of the family is exceptionally clingy.

Soon after she moved in, the tabby girl nestled into her cat dad's shirt for a nap. 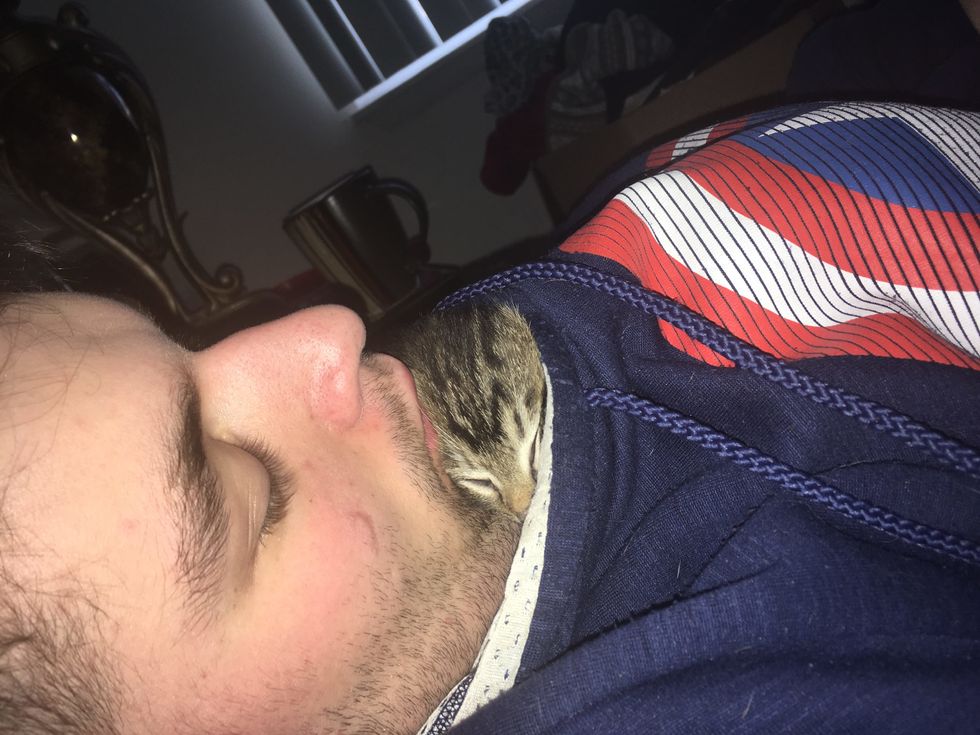 She climbed up his shoulder and then perched on his head while they were watching TV.

The little girl makes sure that her humans are never alone. 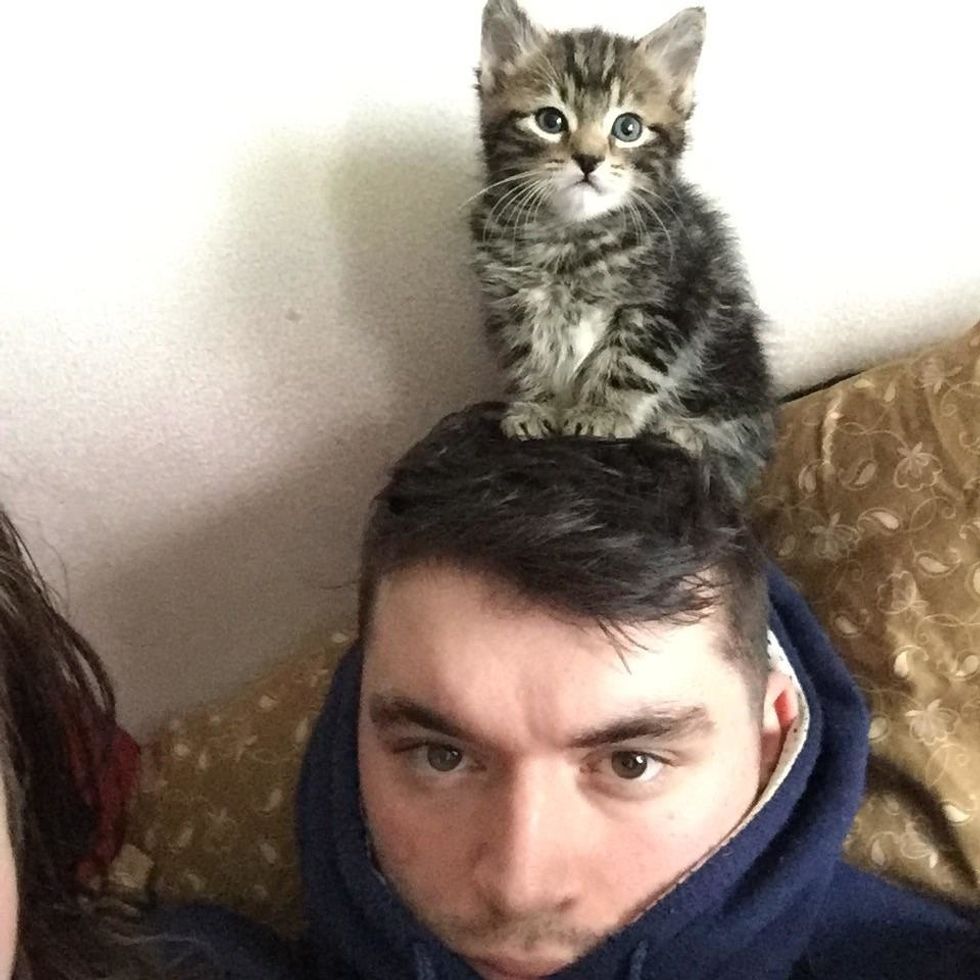 Clarice is always curious about what Cat Dad is doing and follows him everywhere he goes.

She inspects his food to ensure that he stays on a feline approved diet. 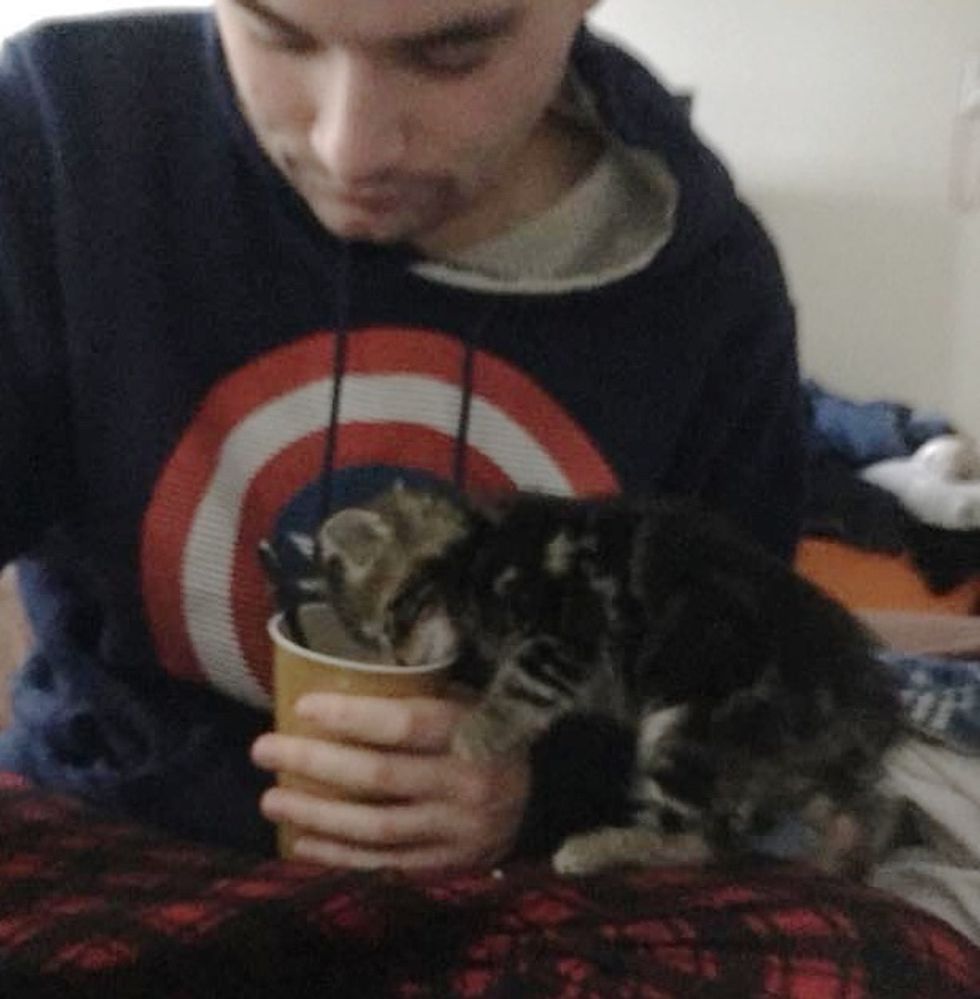 Whenever Jesse is sitting down, Clarice is tucked into his shirt for that extra dose of TLC. Who could possibly say no?

The sweet kitty switches on her purr-motor as she snugs in comfortably and falls asleep. 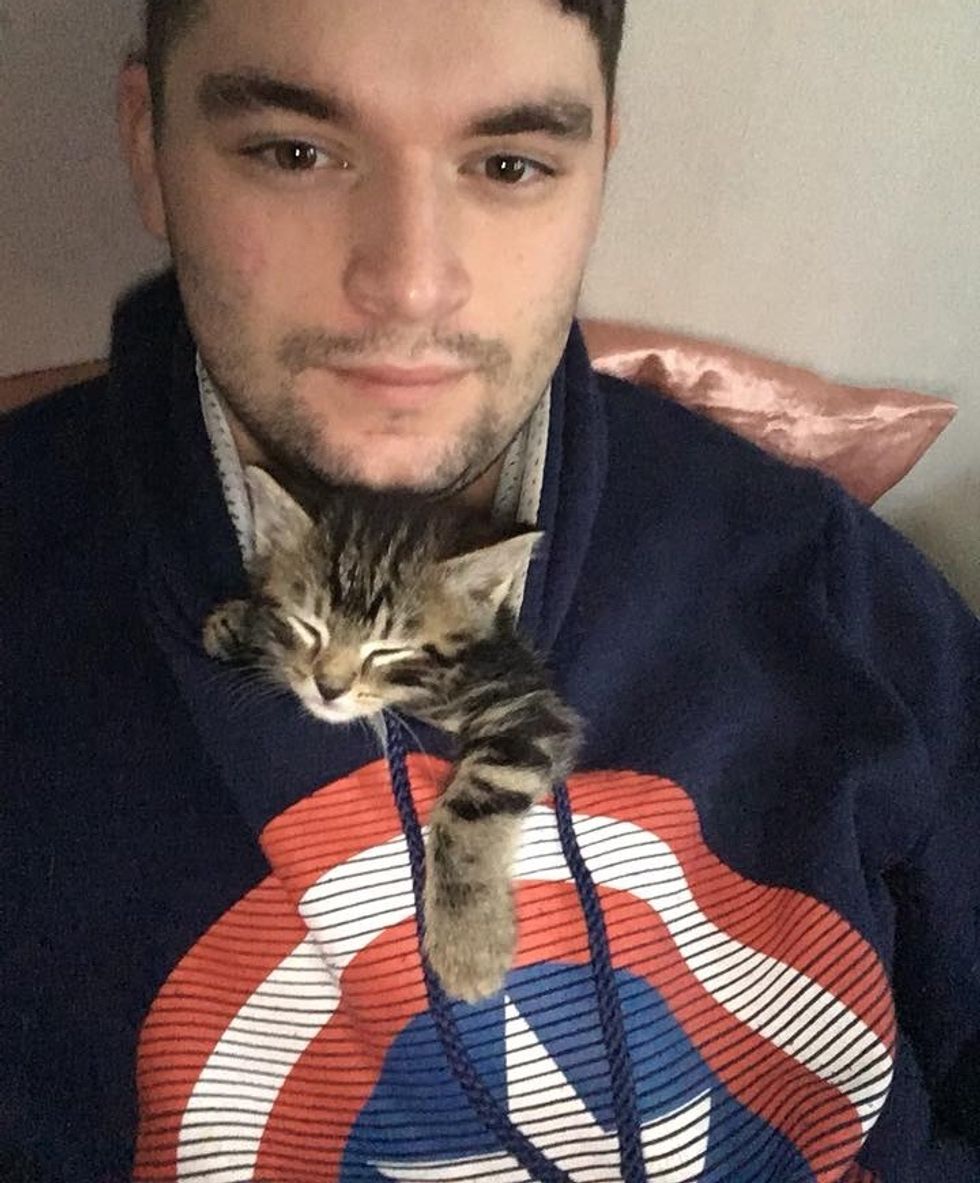 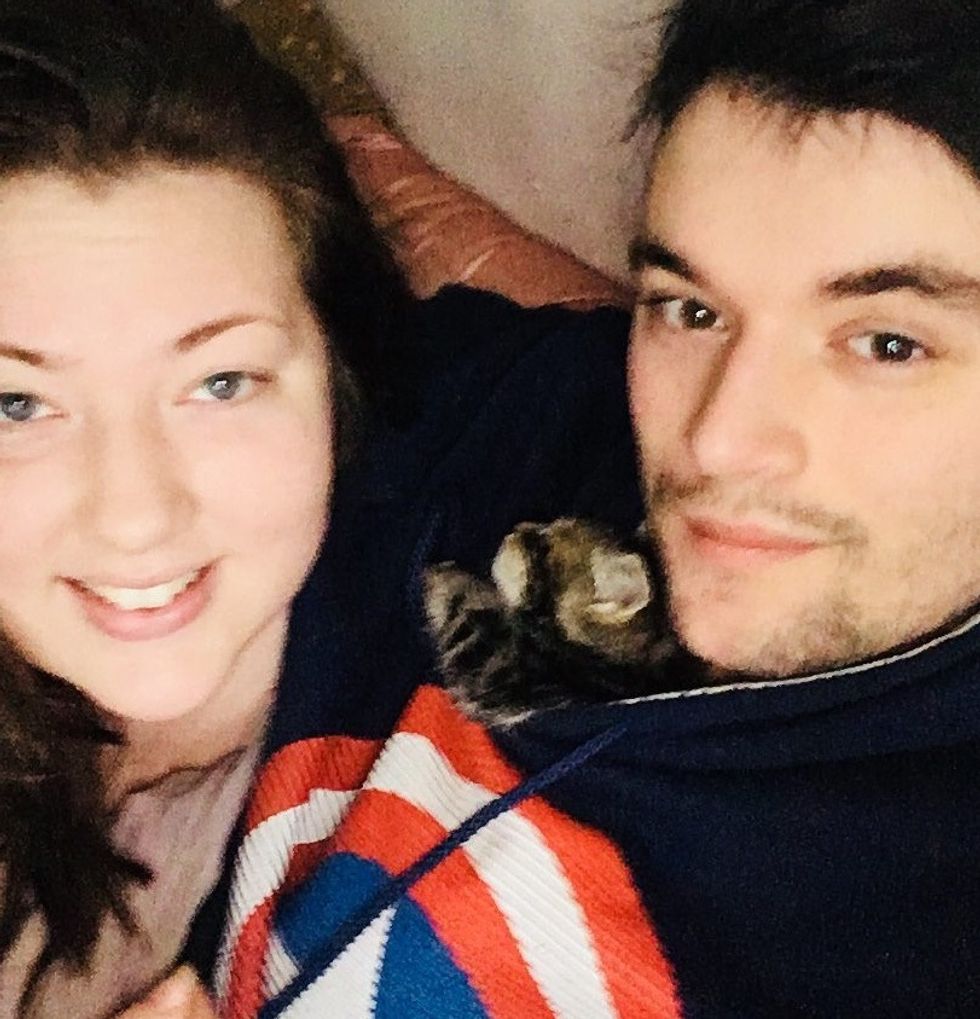 "Clarice doesn't understand this whole personal space thing, making her the third cat in the house who does this." 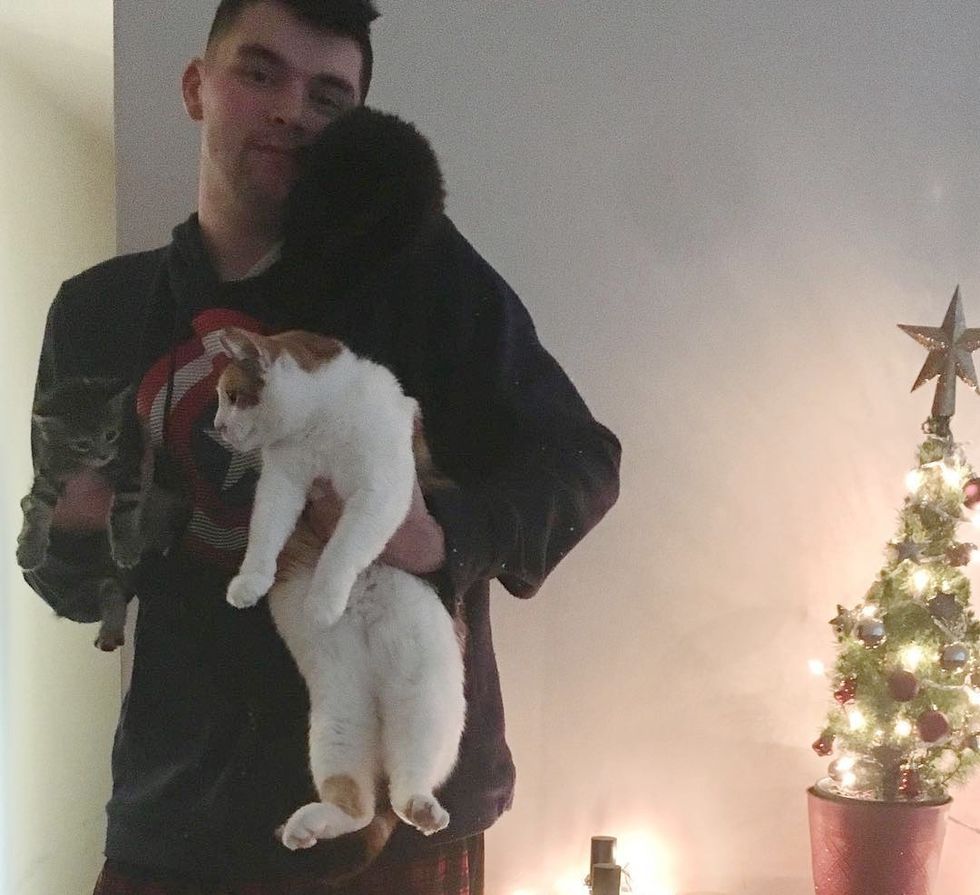 The tiny new member of the family is settling in very well. She's turned her human's lap into her new bed.

Who needs personal space when you have an adorable fluff ball purring in your lap. 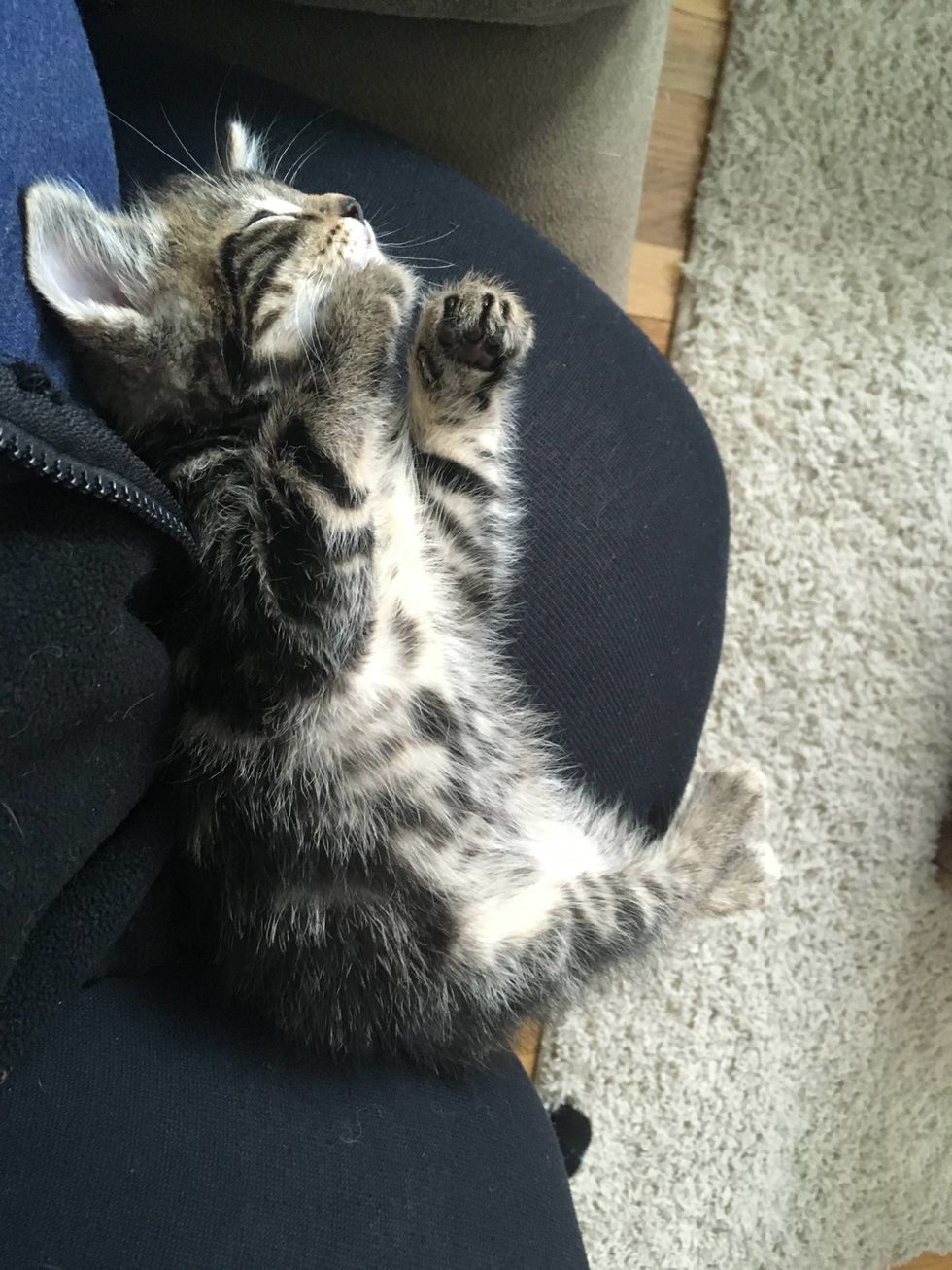