Two kittens walked into a humane trap together when they were rescued. They share an inseparable bond. 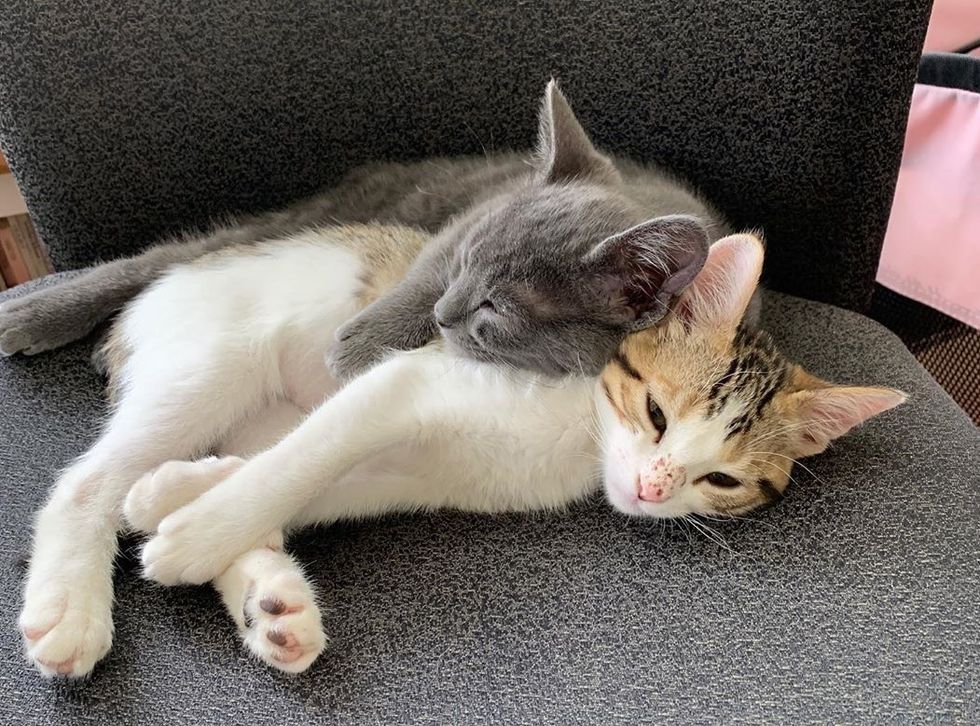 Rescuers from Alley Cat Rescue in Los Angeles were contacted about a feline family of seven living on the rooftop of a house in Hollywood Hills. They set out humane traps in the area in hopes of getting them to safety.

"They were trapped over a 4-day period," Denise Hilton of Alley Cat Rescue told Love Meow. The cat mom and two tabbies were rescued during the first two days.

On day three, volunteers came back and discovered two more kittens huddled up together in one single trap. 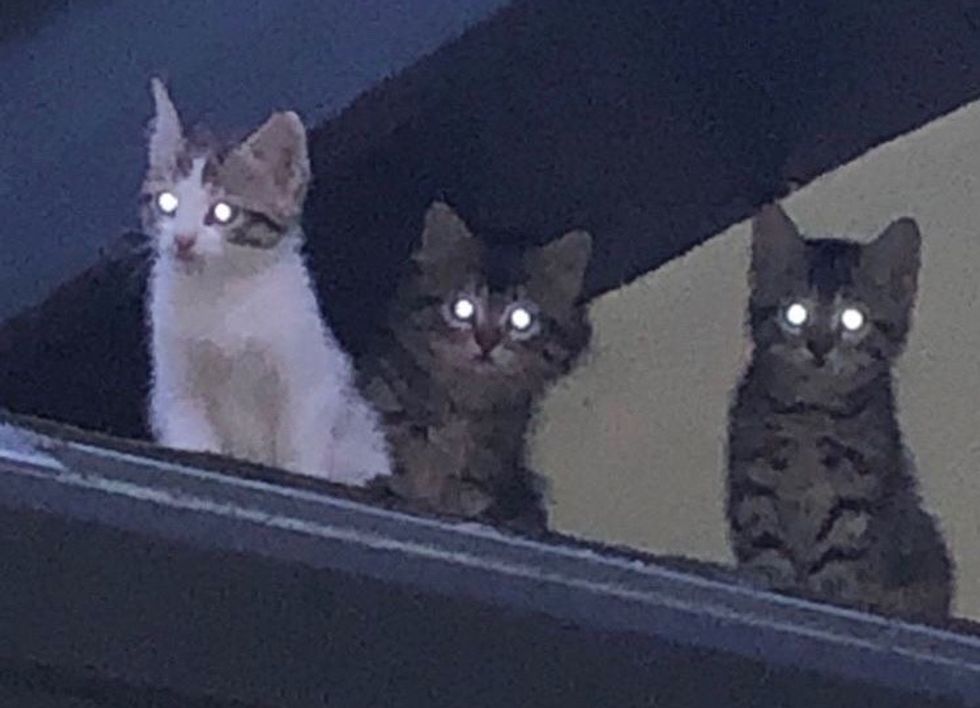 The duo must have walked inside together when they smelled the food. They were terrified like the rest of the litter but these two were especially bonded.

They were named Natasha (white and brown) and Egor (grey). 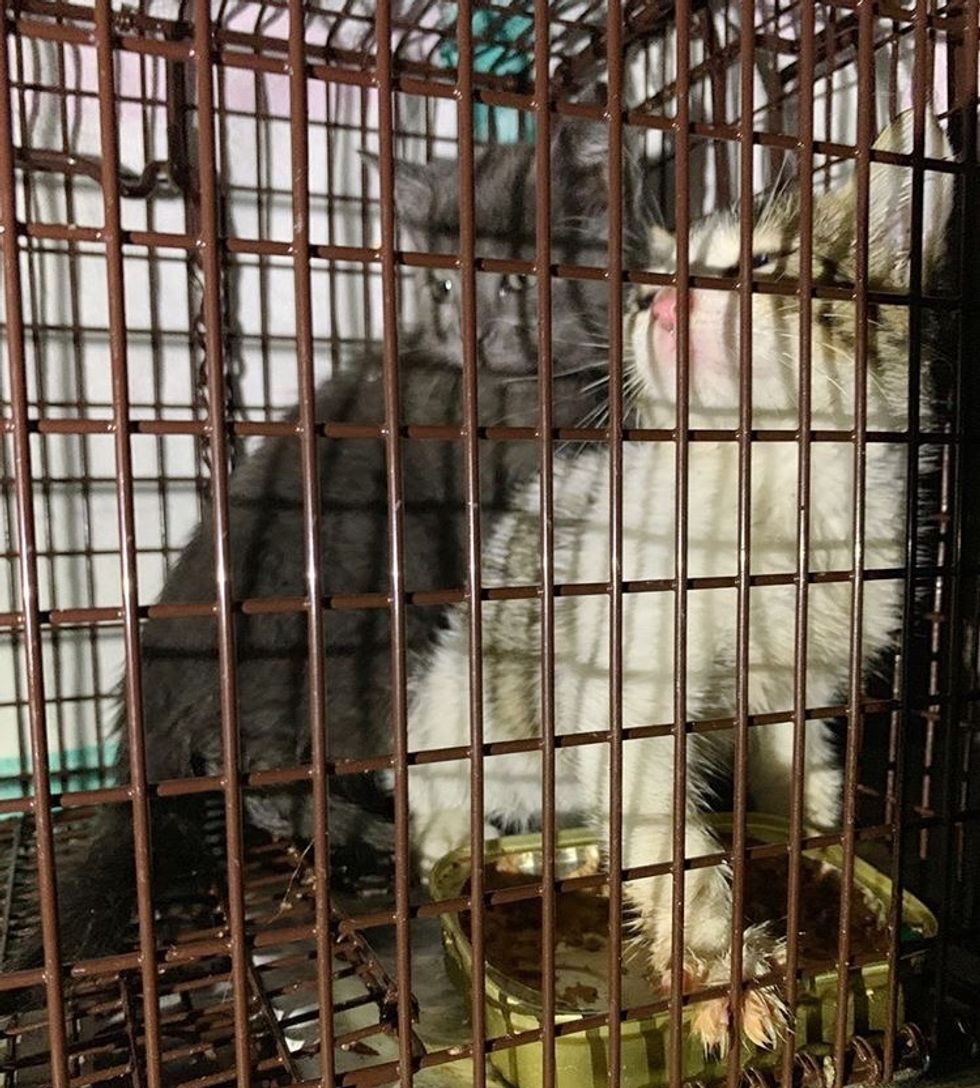 By day four, rescuers were able to get the last remaining kitty to safety and placed them in foster care so they could start socializing.

Right away, they noticed just how close Natasha and Egor were — they never left each other's side. 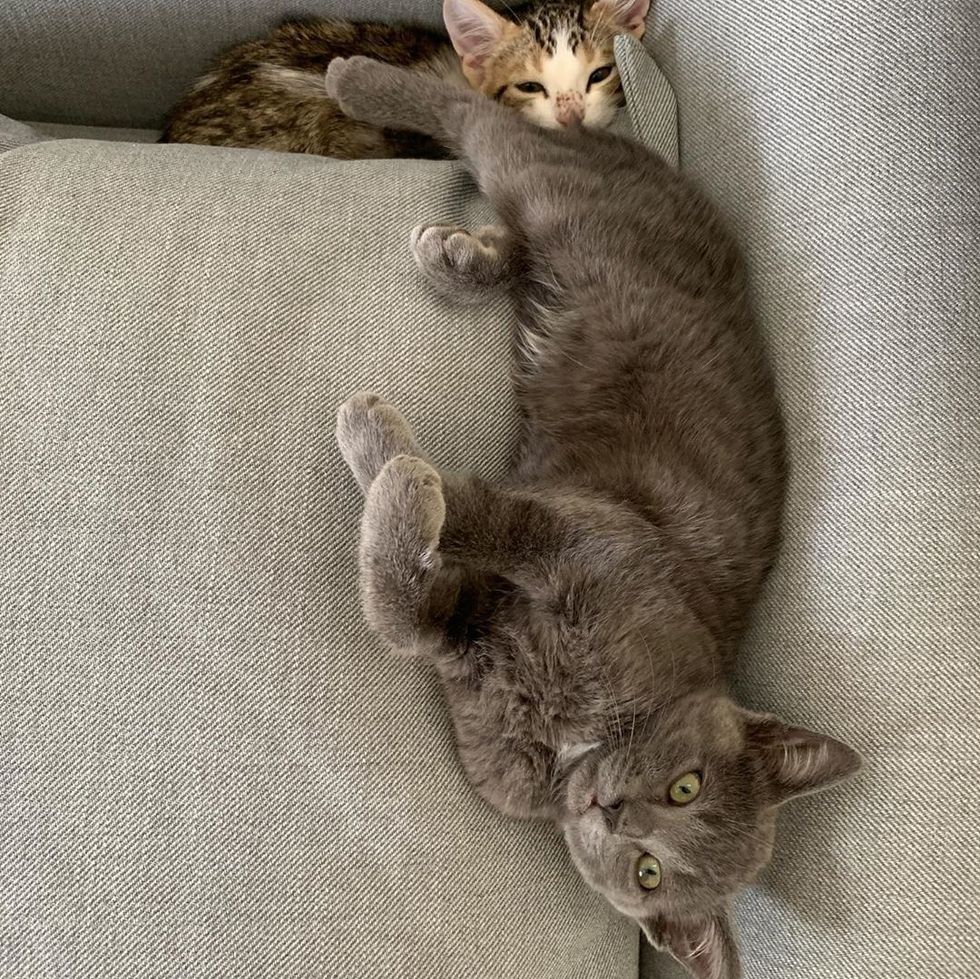 Foster volunteers gave the kittens cuddle sessions every day for 15 days. As soon as the kitties learned that pets were good, they began to calm down and even started to purr.

Five days into socialization, they were doing much better. 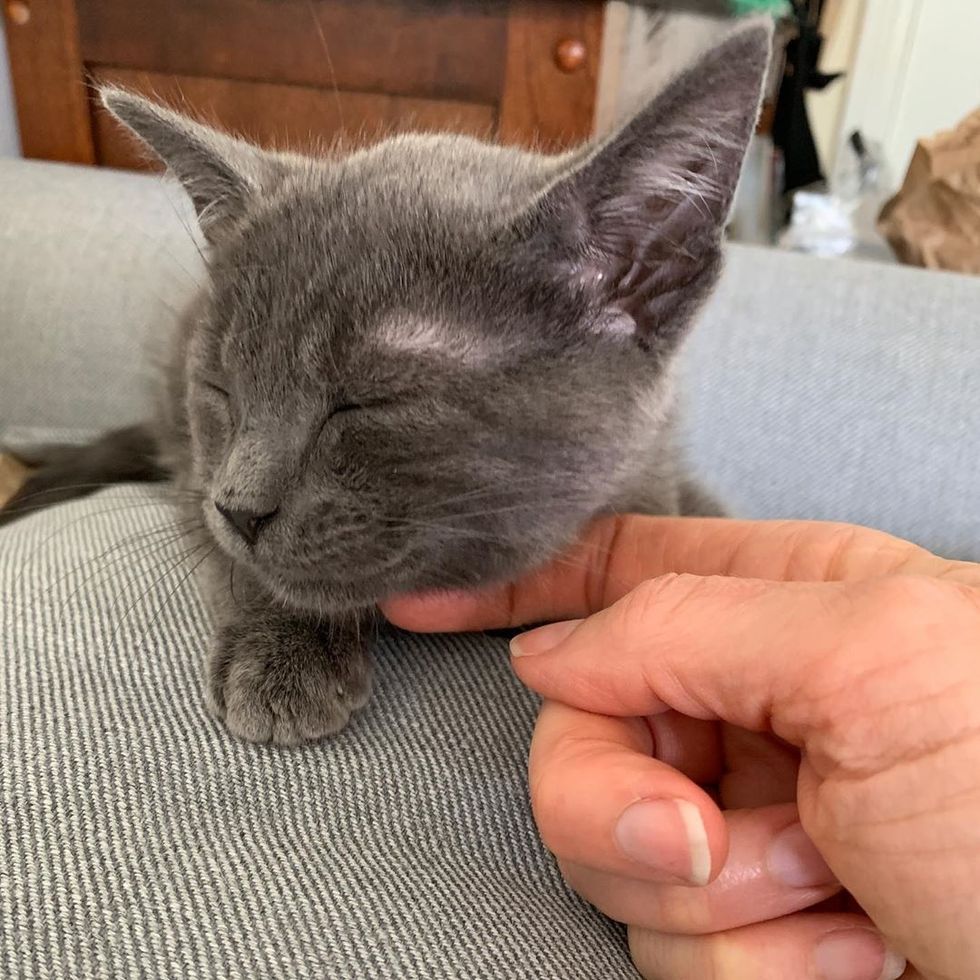 "Working with little fearful kittens takes time. These guys were born on the roof of a house and had no human contact. While they had a ball playing on the roof, this is not going to help them get adopted," Alley Cat Rescue said.

"Wrapping them up purrito style helps get them used to touch, petting while they are eating and getting treats, helps them associate touch with treats. Playing with them, talking to them help them learn that normal activities are nothing to fear." 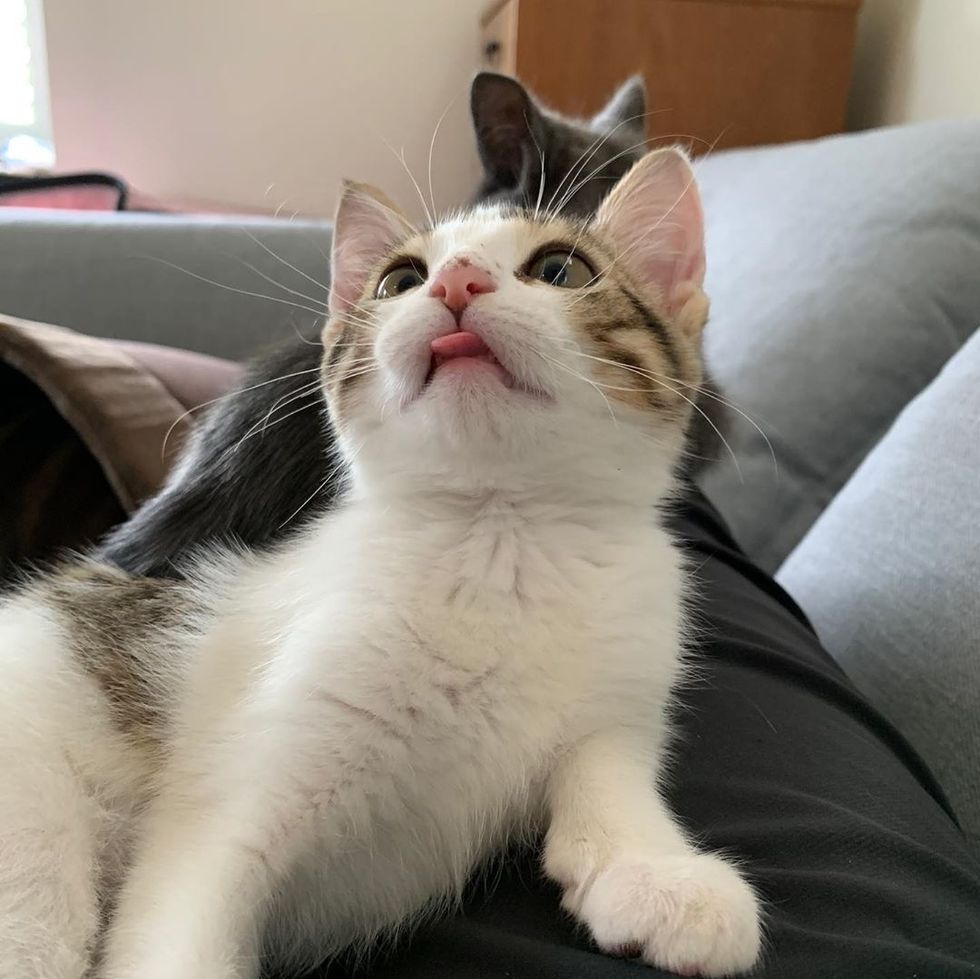 "It is so rewarding when they start trusting people."

The feral cat mom was spayed and relocated to a safe backyard with a dedicated caretaker. As the kittens were getting ready for adoption, Alley Cat Rescue hoped to find Natasha and Egor a home together. 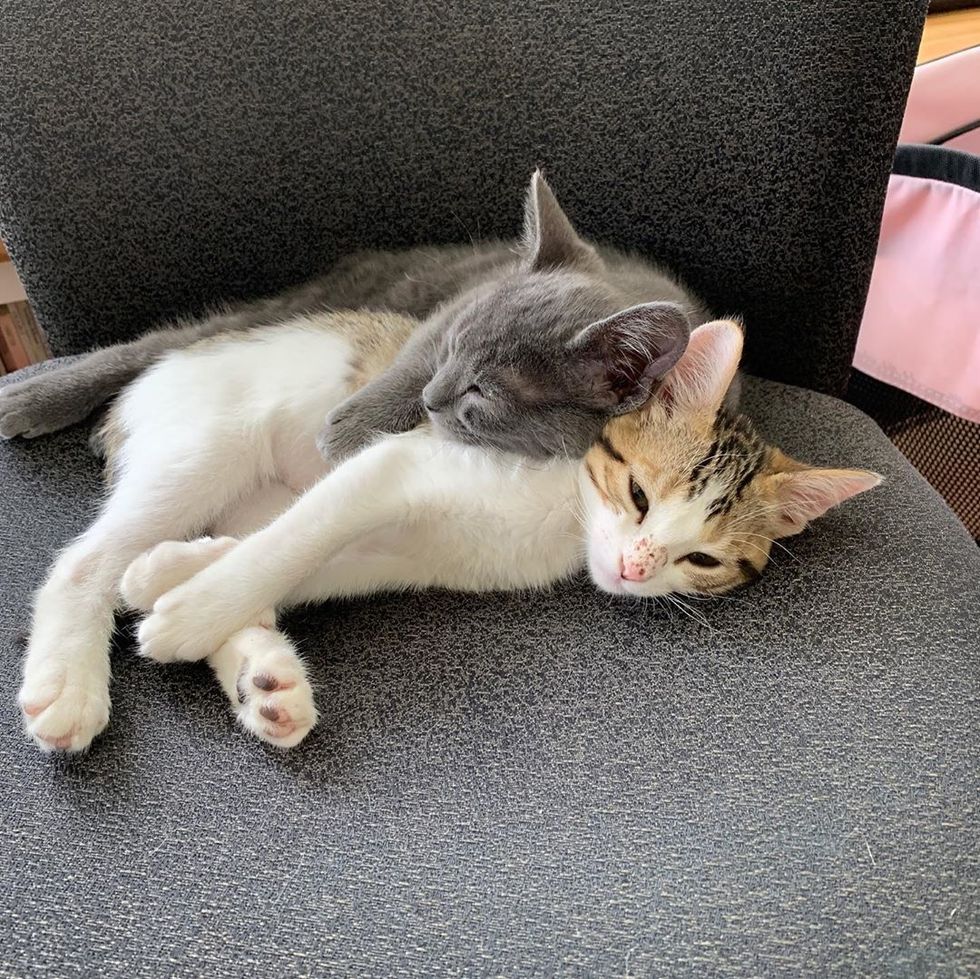 "Those that are trapped together, go together. These two rooftop kittens were adopted over the weekend," the rescue said.

From living on the roof to having a warm lap to sit on and a loving home to call their own, Natasha and Egor couldn't be happier. 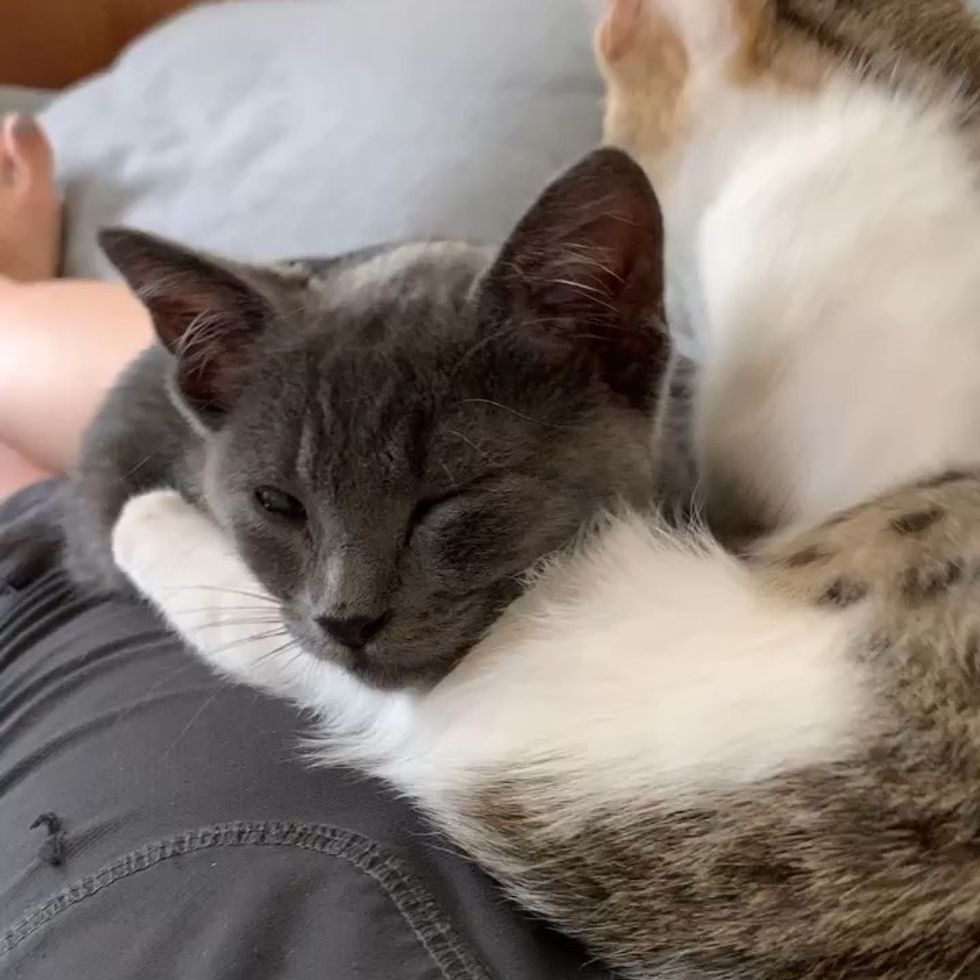