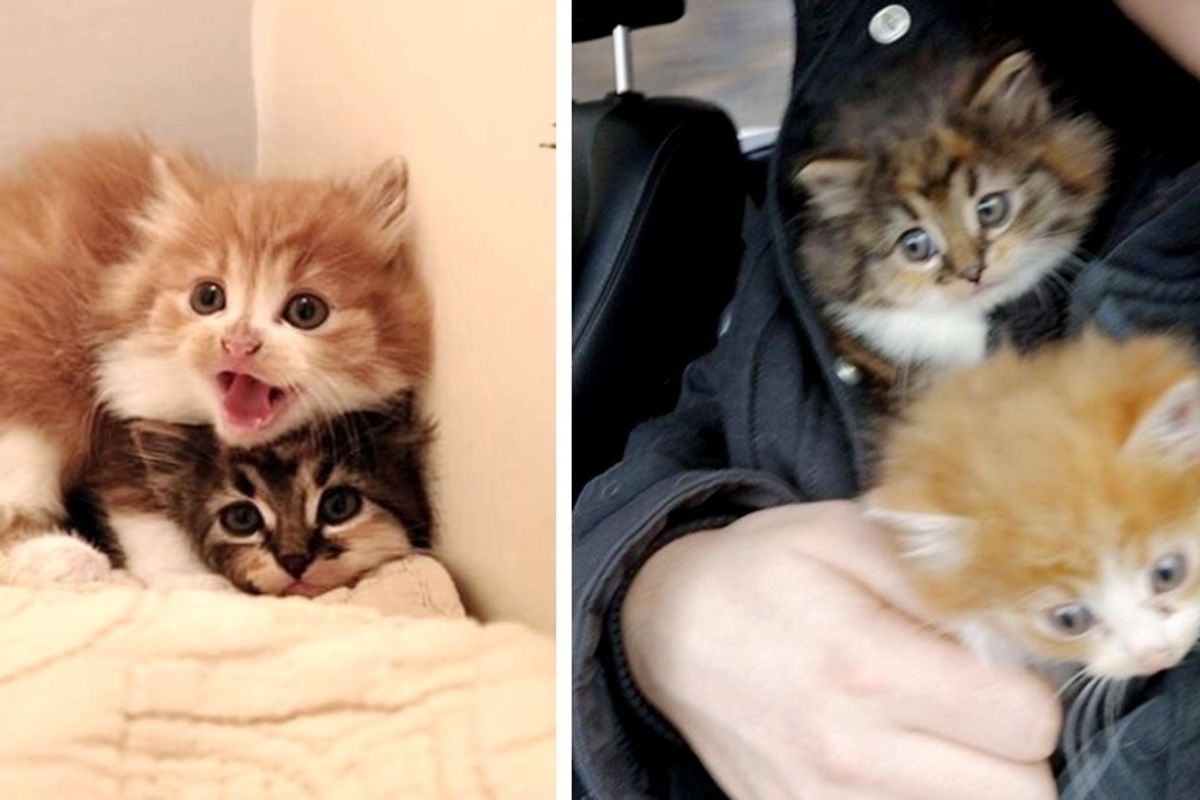 A cat brought home three tiny 3-week-old kittens but they were not hers. 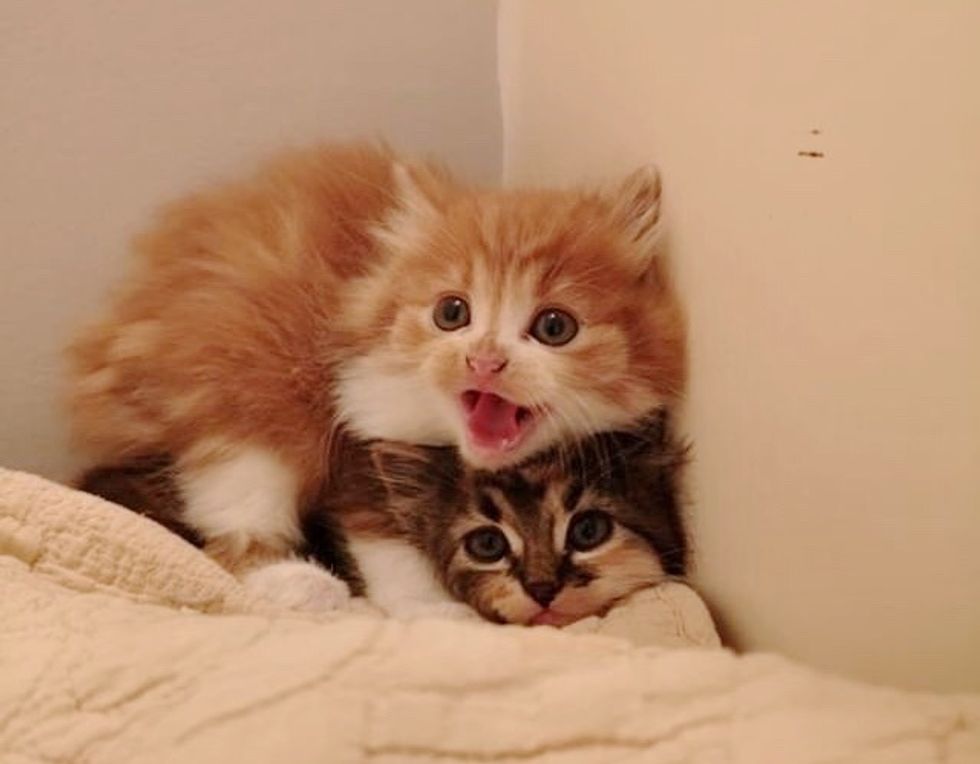 She got in touch with the woman who had the kittens. "She said her spayed semi-feral cat brought the kittens through her cat door and plunked them on her bed," Barb told Love Meow.

"The woman was shocked and went outside but couldn't find a mother cat and had no idea where her cat found the kittens."

Knowing that her cat was unable to nurse and care for the kittens, Barb and Kelsey Mcknight, a volunteer of the rescue, headed to the village to pick them up.

"Once we got there, we discovered three terrified little girl kittens hiding under the bed," Kelsey told Love Meow. 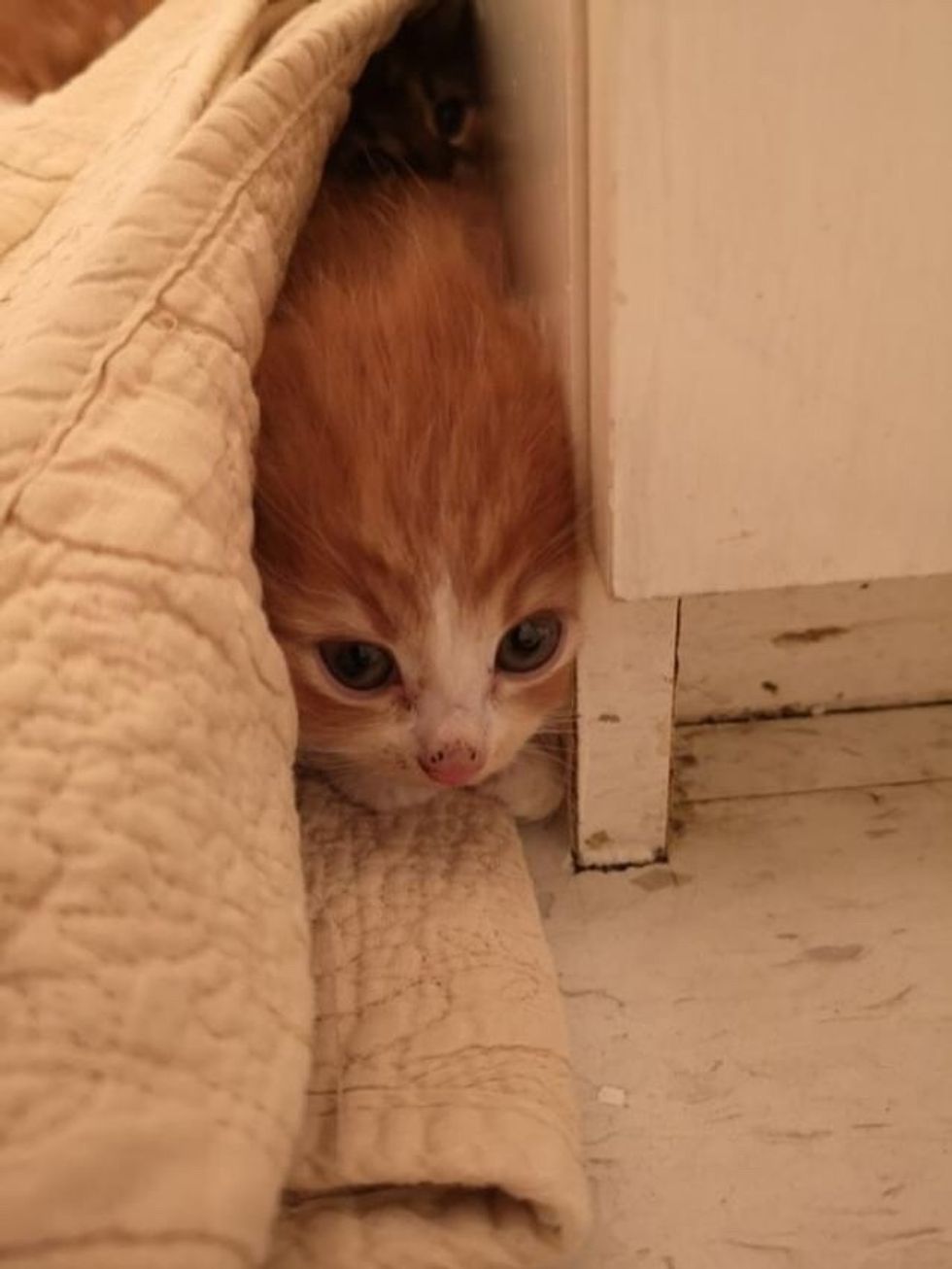 The kittens appeared to be feral, hissing and spitting at anyone that would come near.

"They were very skinny and had not been fed for a while, so we believe the mother was feral as well and had passed away," Barb said. 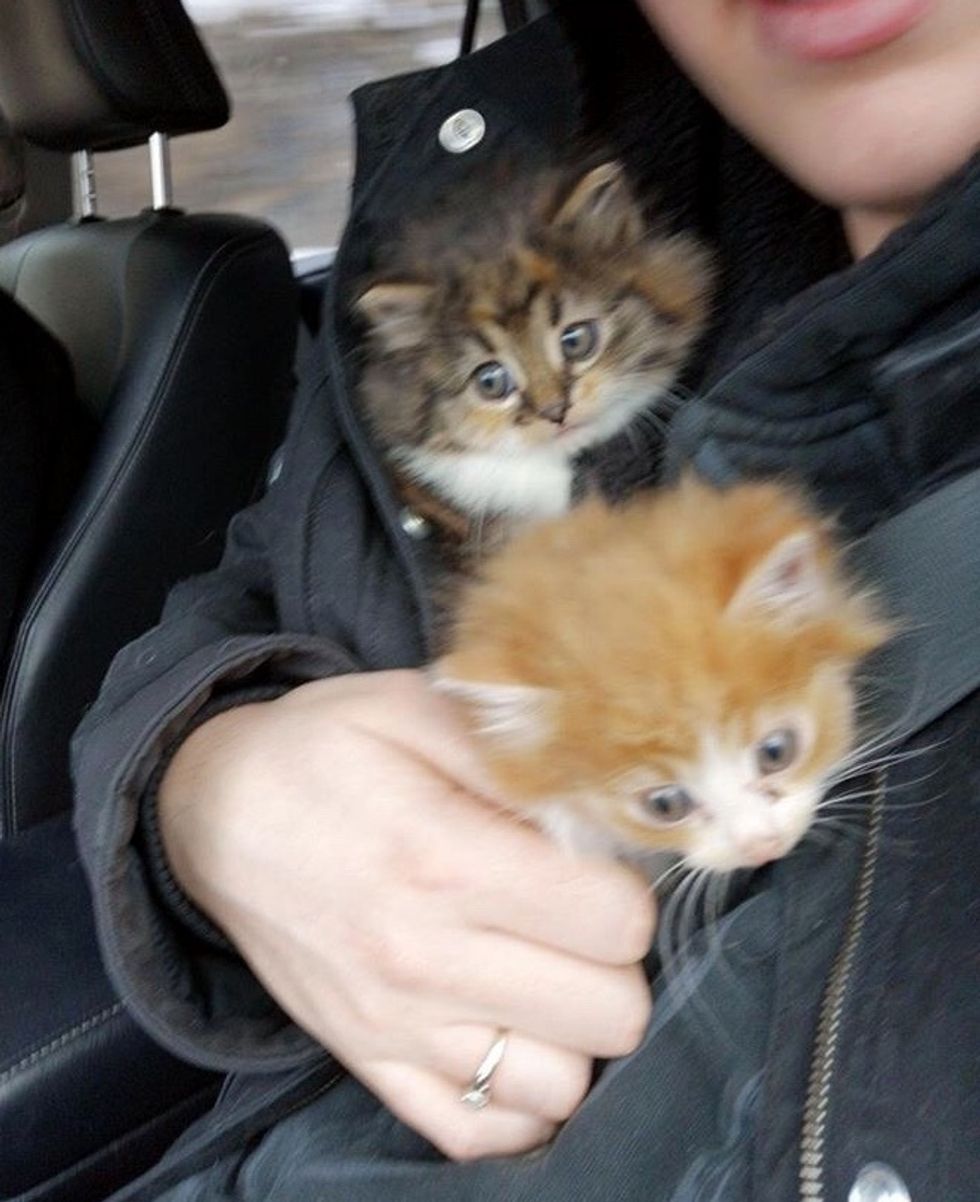 "The kittens hissed and lunged and wanted no part of any human contact, but we continued knowing full well we had their best intentions at heart even though they were so scared," Kelsey added.

While in the car, they noticed some health concerns from the feline sisters and immediately took them to the vet. 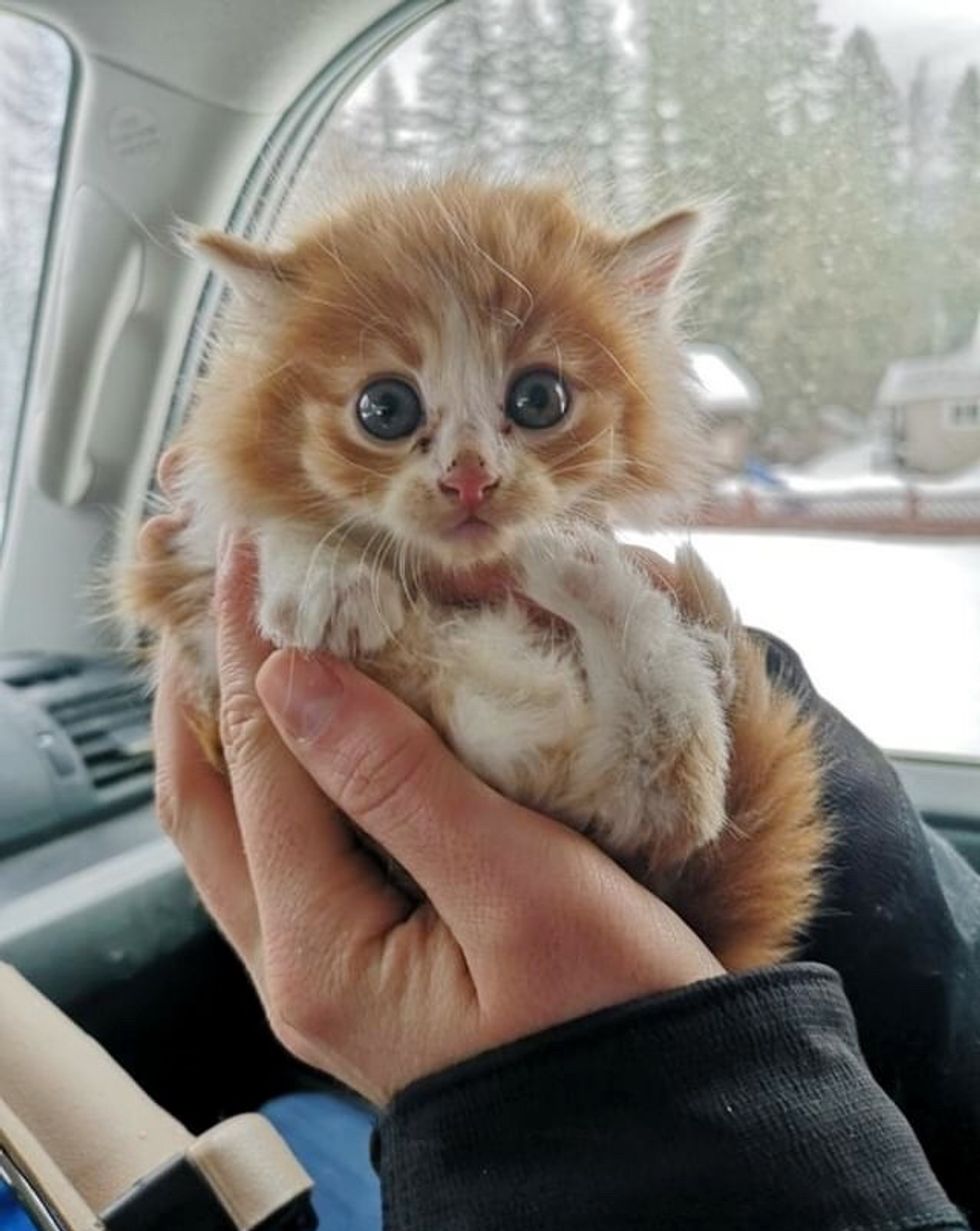 "We noticed a problem with one of the kittens, a condition known as nystagmus, (in which the eyes make repetitive, uncontrolled movements)."

The vet discovered that the kittens were suffering from frost bite, severe malnutrition and dehydration. As it turned out, the kitten's condition was caused by lack of nutrition and a combination of extreme fear and stress. 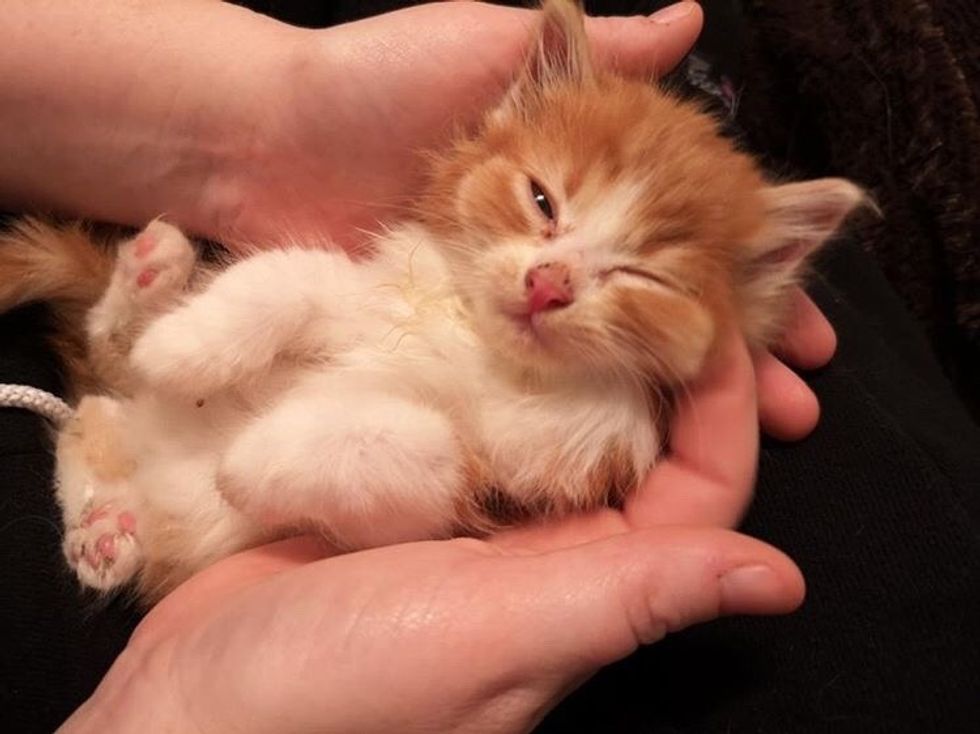 Barb brought them home for a few days of emergency recovery. Two of the kittens quickly came around, but the most fearful one needed extra time and help to learn to trust.

Watch the kittens' journey in this video:

3 feral kittens found by a cat, gets a second chance at life youtu.be

Christine, a volunteer, took them home to continue their foster journey. Loki, her resident cat, decided to offer a helping paw. 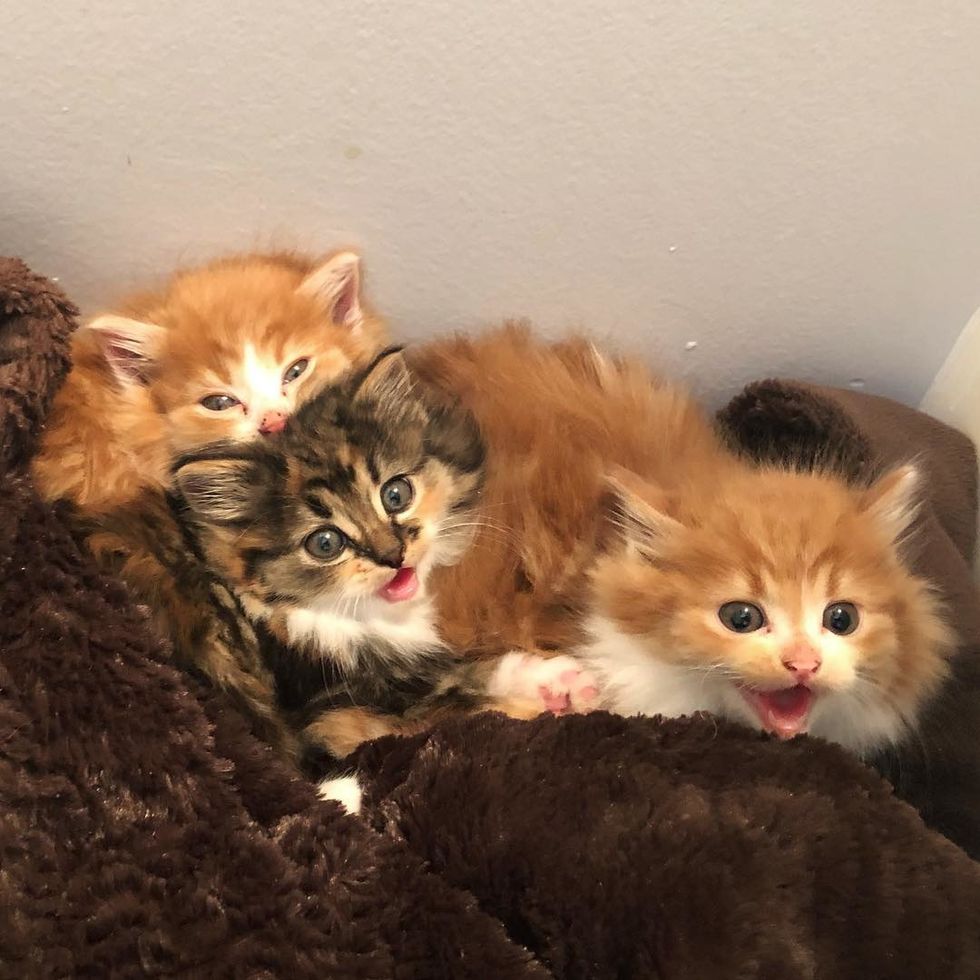 Loki, who is also a rescue cat, took to the most scaredy kitty (named Varadero) and began his work.

He spent ample time with her, helping her gain confidence and learn that humans aren't so bad. 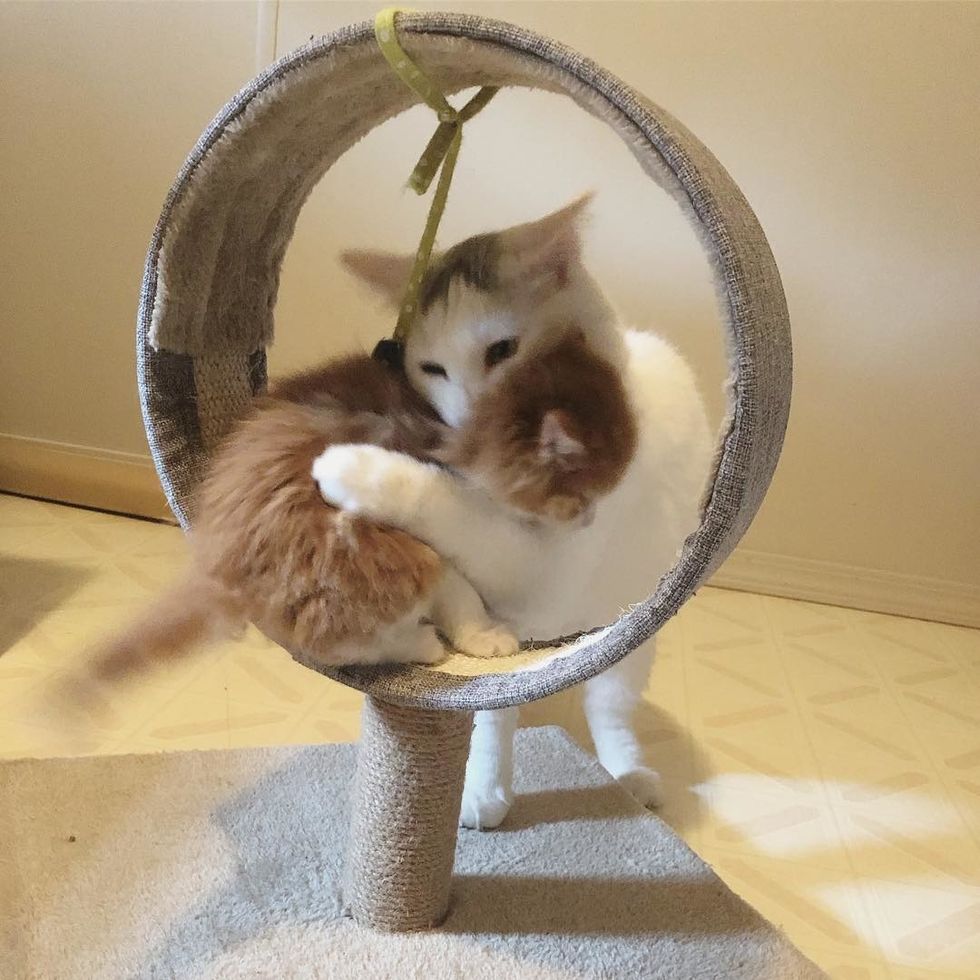 "When Varadero (AKA Hissy pants) was first rescued, she was in so much stress that her eyes shook, she was panting, hissing and did not trust humans one bit," Christine said.

"Fast forward a little over a month - she trusts me wholly and no longer hisses or tries to escape when I come near her. It just goes to show the powerful transformation that occurs when our actions are inspired by love, rather than fear." 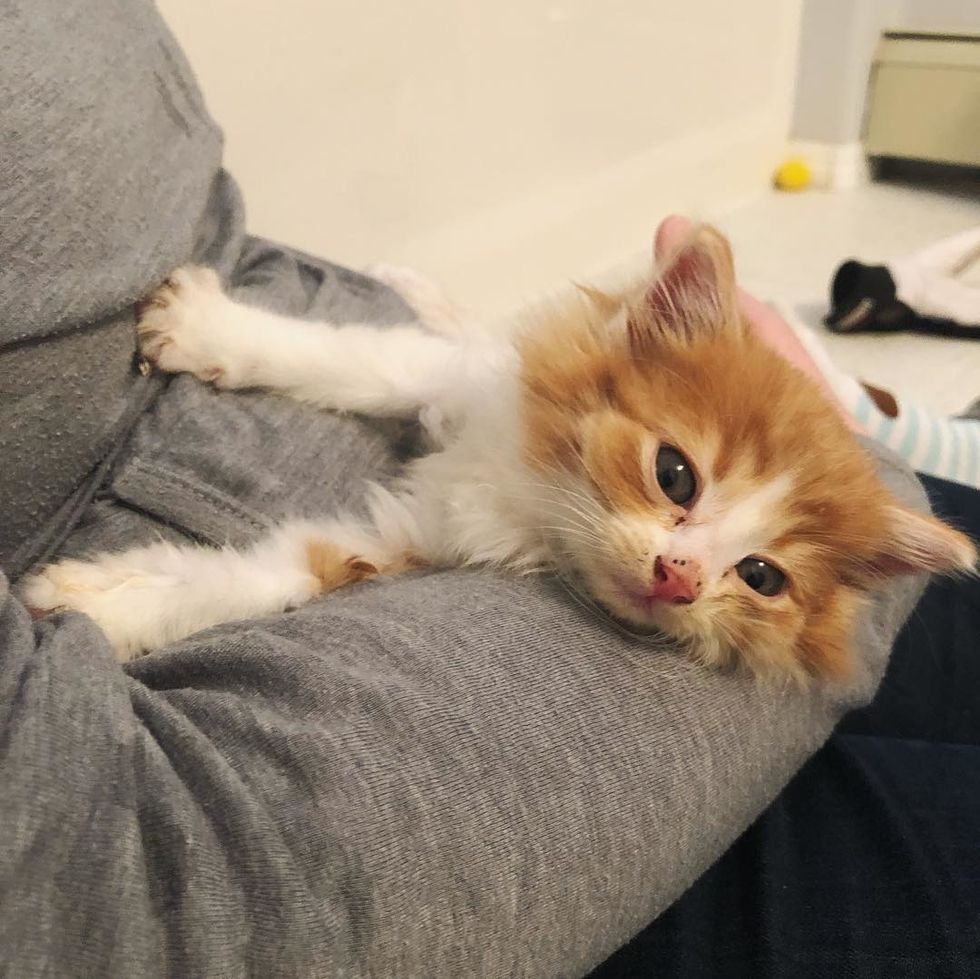 After a long journey, the kittens were ready for their next chapter of life. The three sisters transformed from scared, feral kittens to happy, purring cuddle-bugs.

Last month, their dreams came true when they were adopted to their forever loving homes. 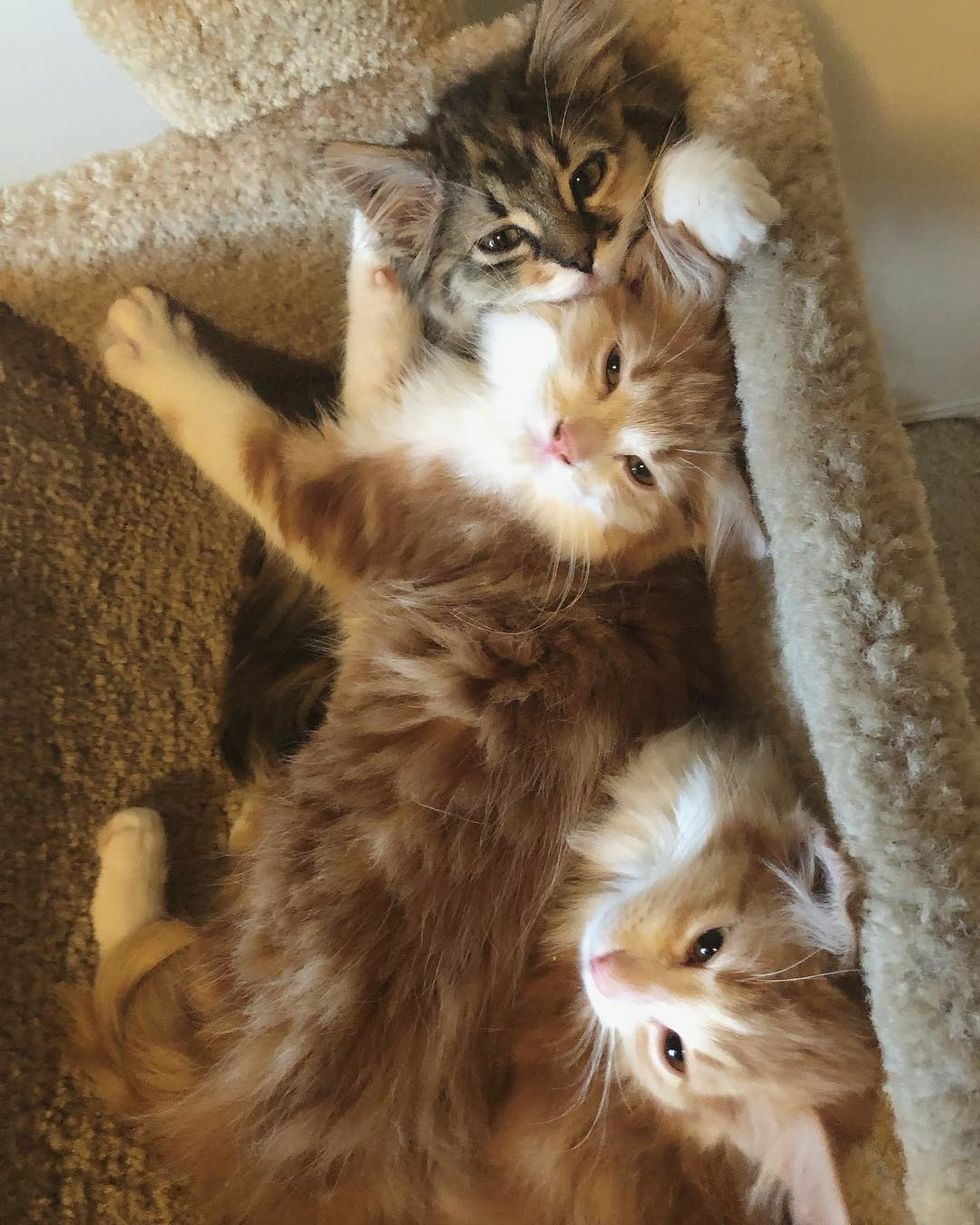 The kittens who were found by a caring cat, are now living their lives in comfort and luxury. 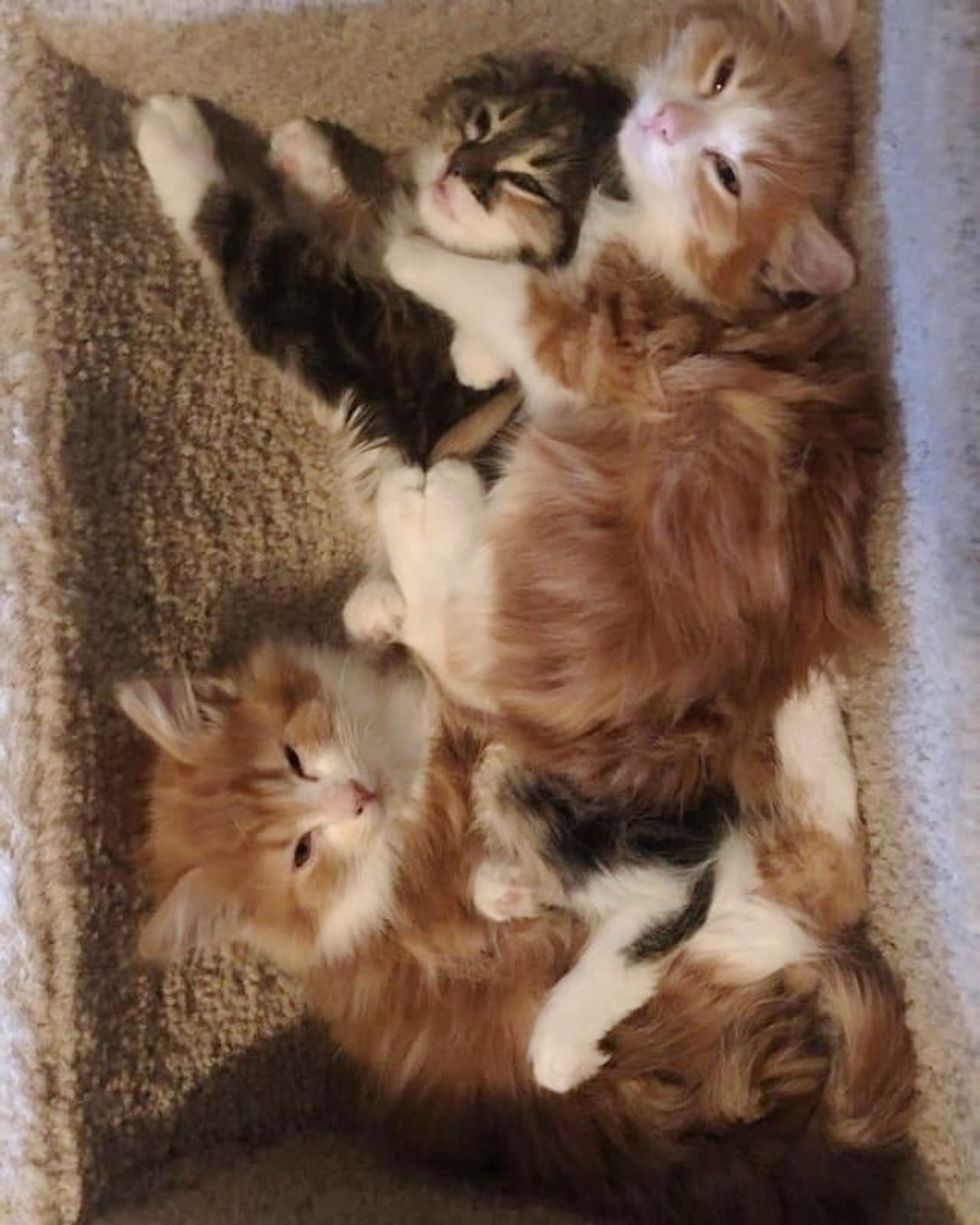