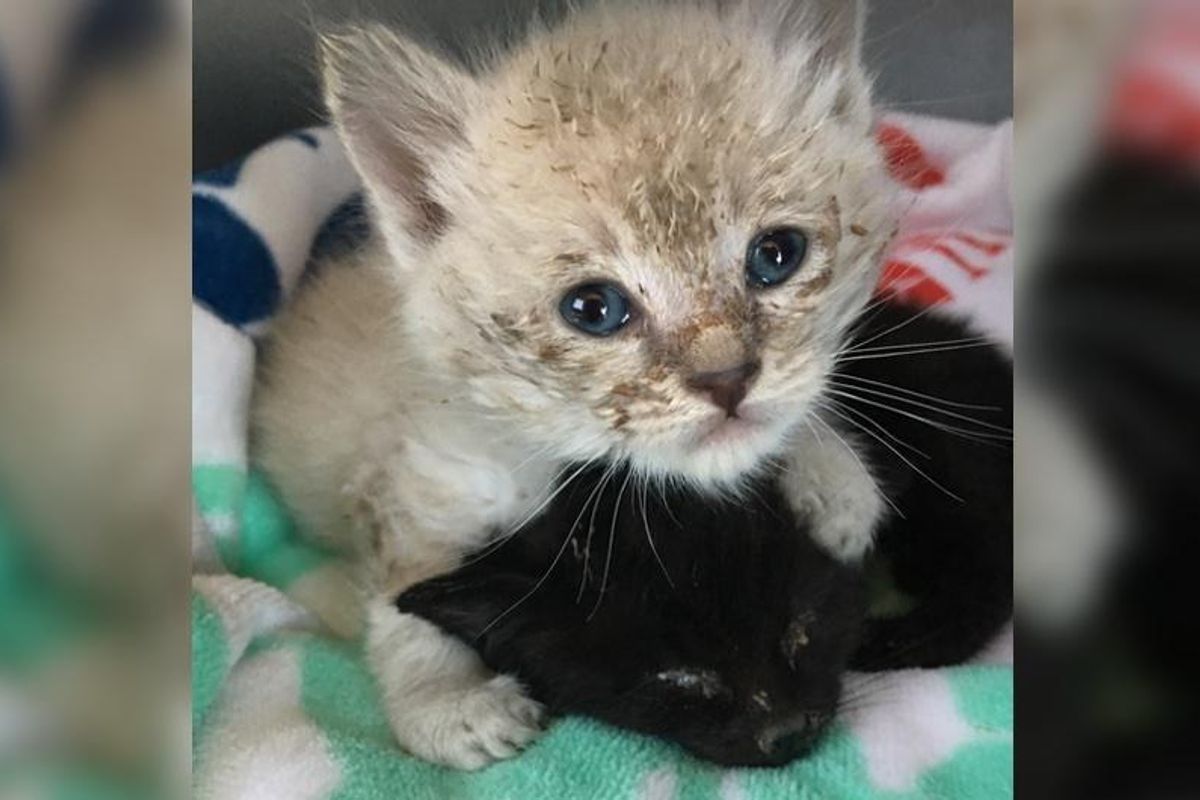 Kittens Found Behind Shed are Saved in Nick of Time, What a Difference A Few Hours Make!

Two tiny kittens were spotted outside a house, wandering aimlessly without a mother. A young man scooped them up and found them help in the nick of time. 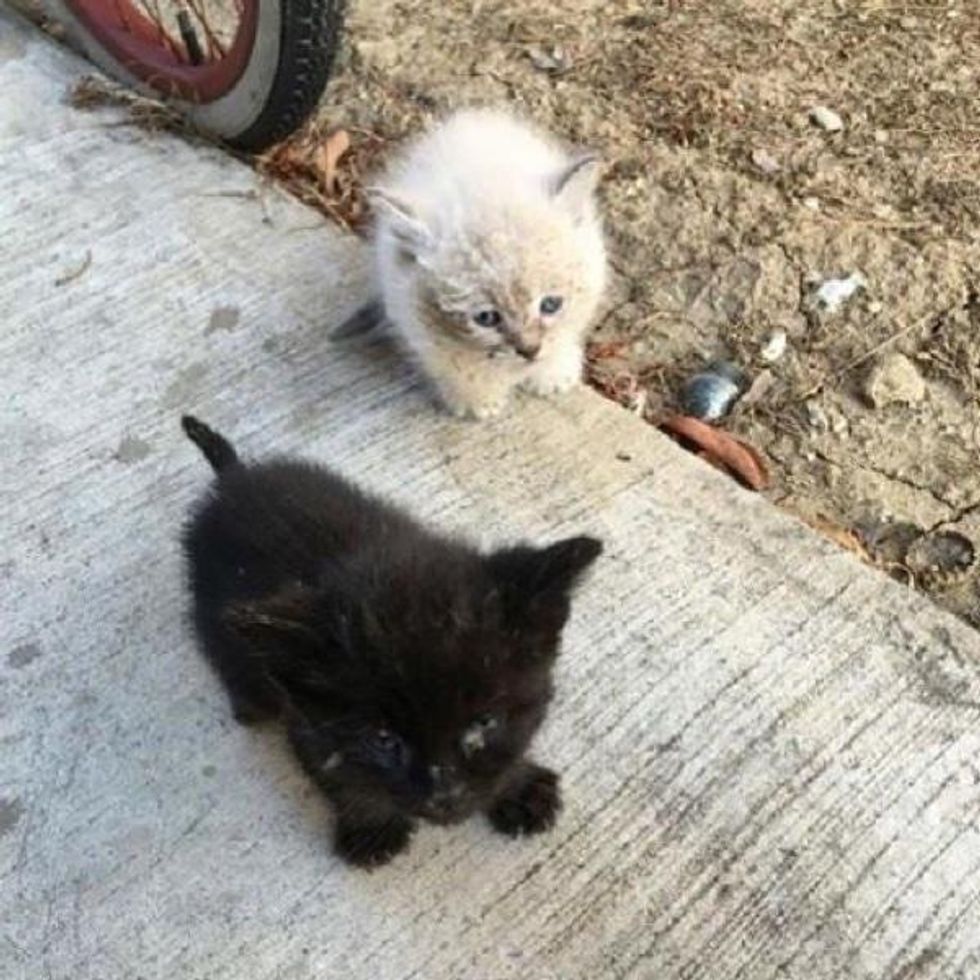 Wilson was moving things outside his house when he saw two motherless kittens behind a shed. He had no idea where they came from. The kittens were covered in filth and fleas, severely malnourished, and had respiratory issues. He went on a local Lost and Found page seeking help.

When ToRescue (The Ontario Rescue), a no-kill rescue group in Montclair, California, learned about the kittens' plight, they immediately sent rescuers to get them.

"The black kitten was severely underweight and so dehydrated that our rescue vet said if we didn't go get him when we did that he wouldn't have made it through the night," Taylor Purbaugh, foster mom, told Love Meow.

They saved the little guy just in time. His Siamese sibling was cuddling with him throughout the journey, cheering him on. 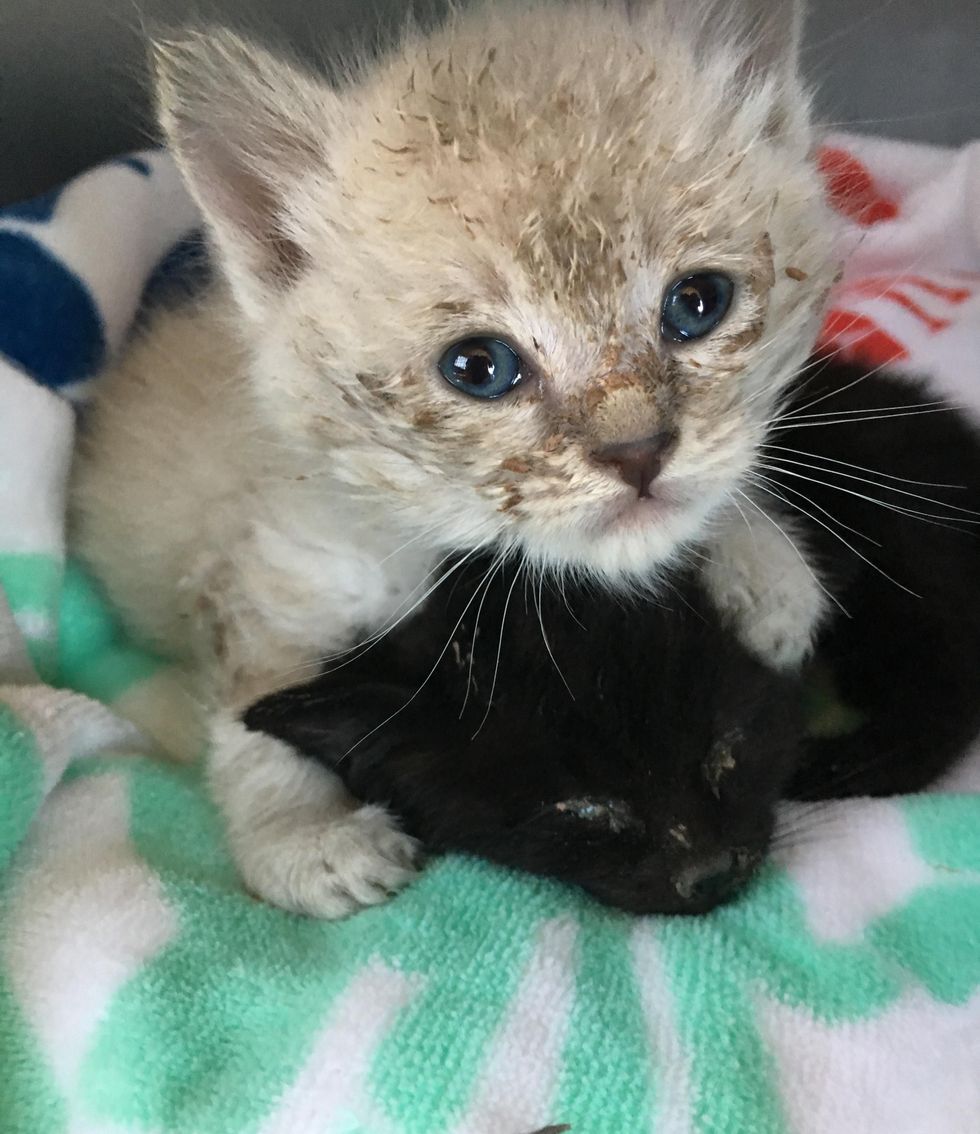 He couldn't stand up because he was so weak and couldn't open his eyes due to the infection. The vet cleaned up his eyes so he could finally see.

"I didn't even know if he would make it on the ride to our rescue because he was so lethargic and was laying on his side. We immediately started IV fluids, antibiotics and eye medicine and within a few hours he started feeling better," Taylor told Love Meow. 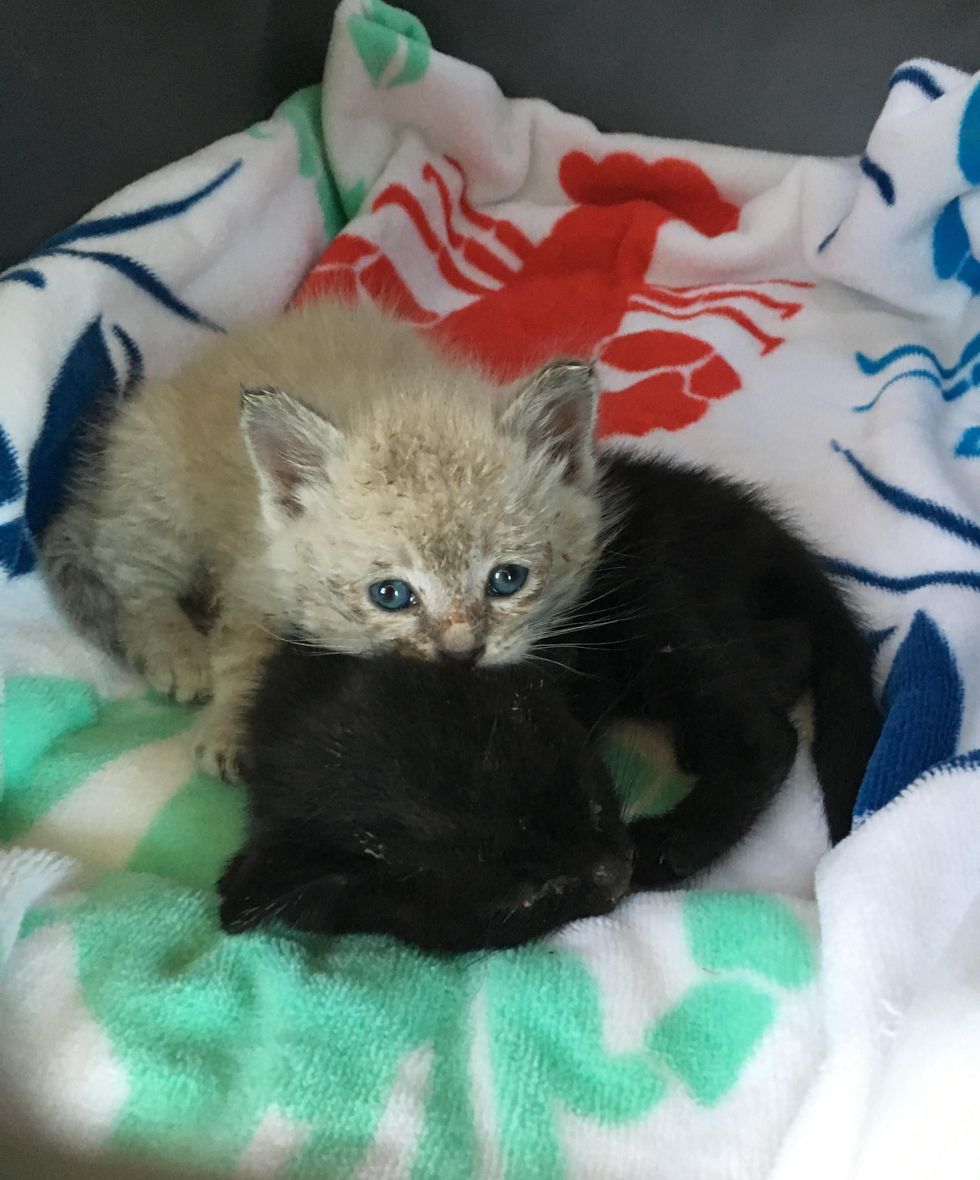 The little guy wolfed down six full syringes of slurry food. After getting a full belly, he was resting comfortably in his new playpen along with his sibling, purring up a storm.

"When we rescued this baby that morning he couldn't even open his eyes... his URI was so bad that they were completely sealed shut. Look at him now!" 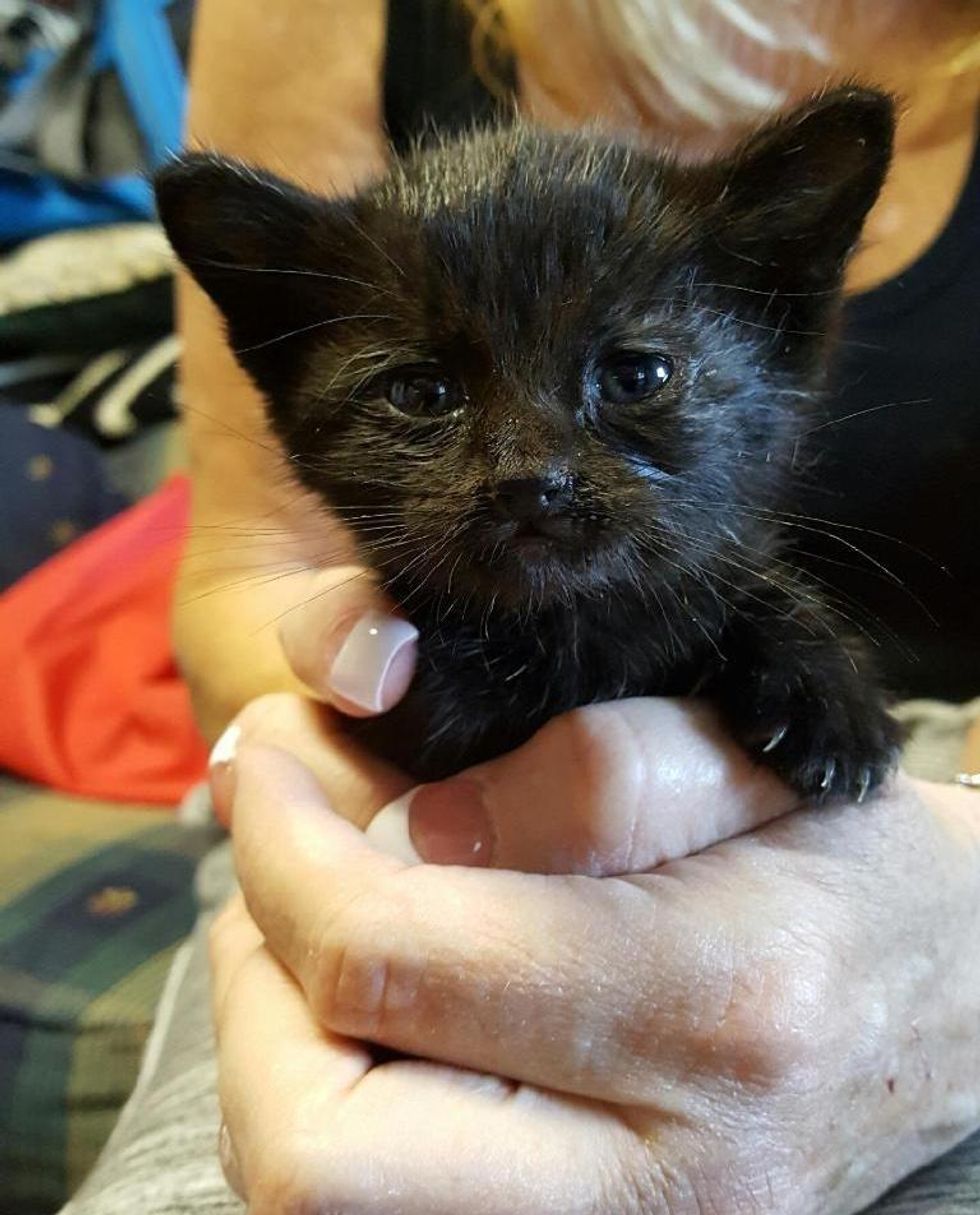 What a difference a few hours can make!

The little Siamese kitten is also doing well, playing and running around the playpen. 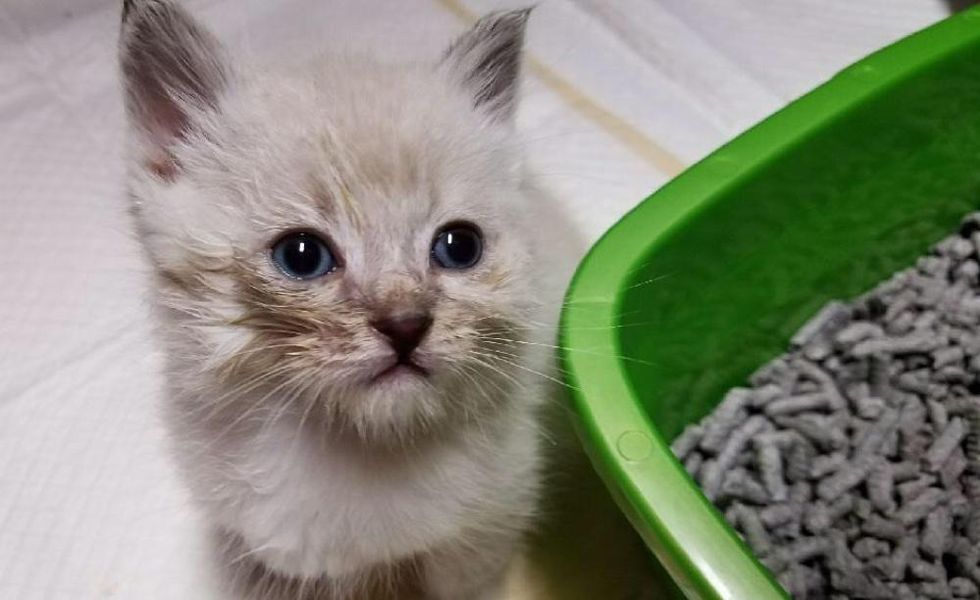 "Now a few days later his eyes are completely clear, he is eating on his own and starting to play...

"He even went potty in his litter box! Such a sweet boy." 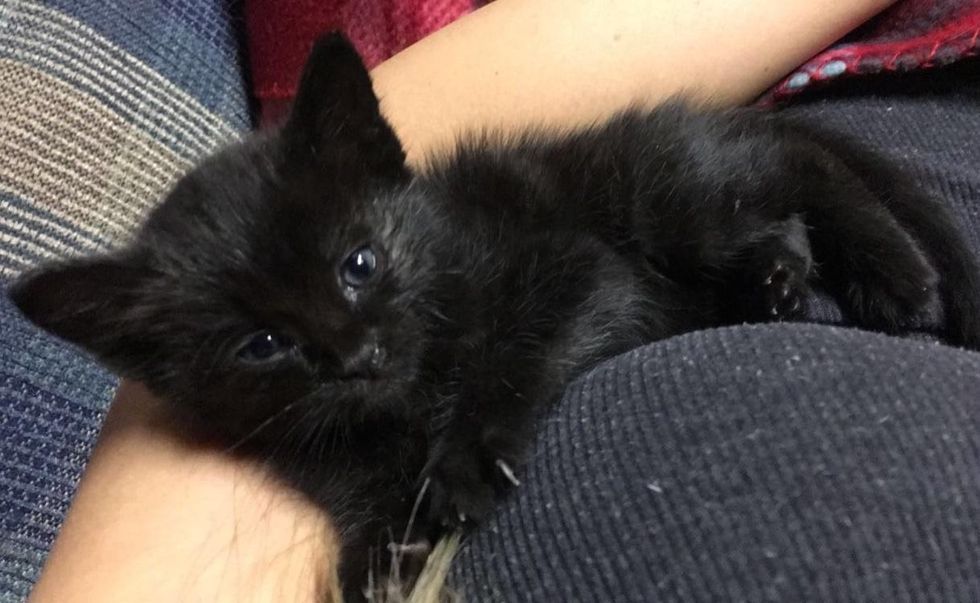 The two little kittens were given a second chance at life in the nick of time, and now they are thriving in foster care.

"This is why fostering is so important and with just a little bit of effort and care, innocent lives can be saved," Taylor told Love Meow. 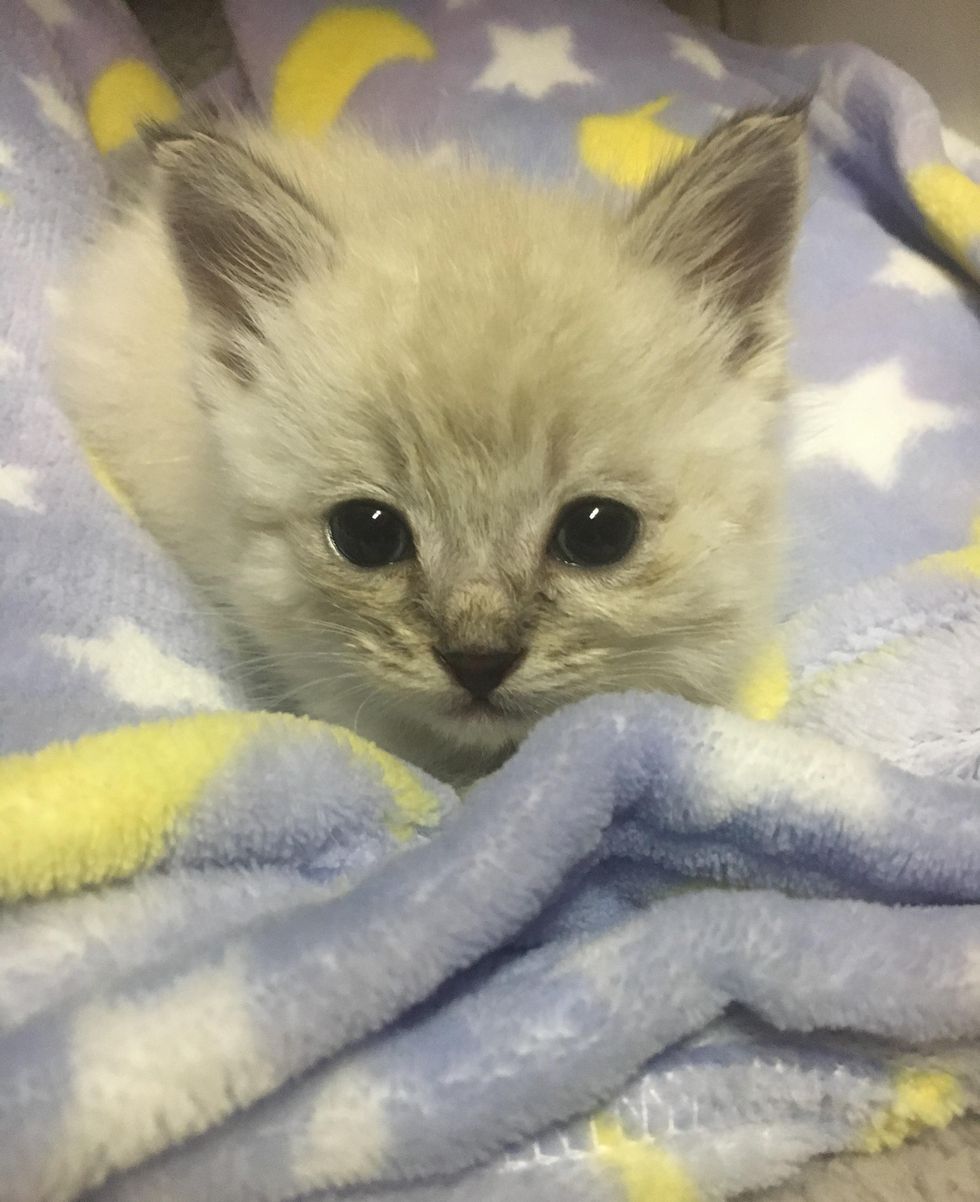 His name is Wilson (named after the person who found him).