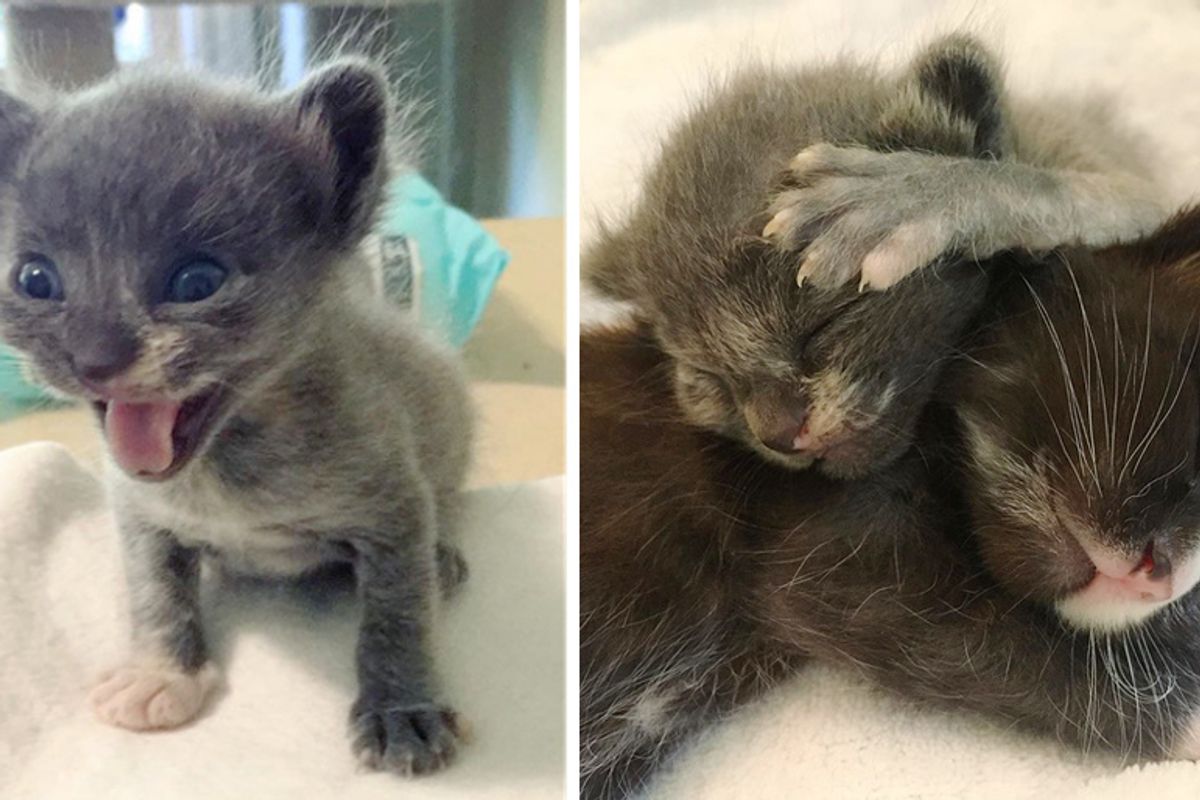 Two kittens came to a local rescue for a chance at a better life. One of them was much smaller. 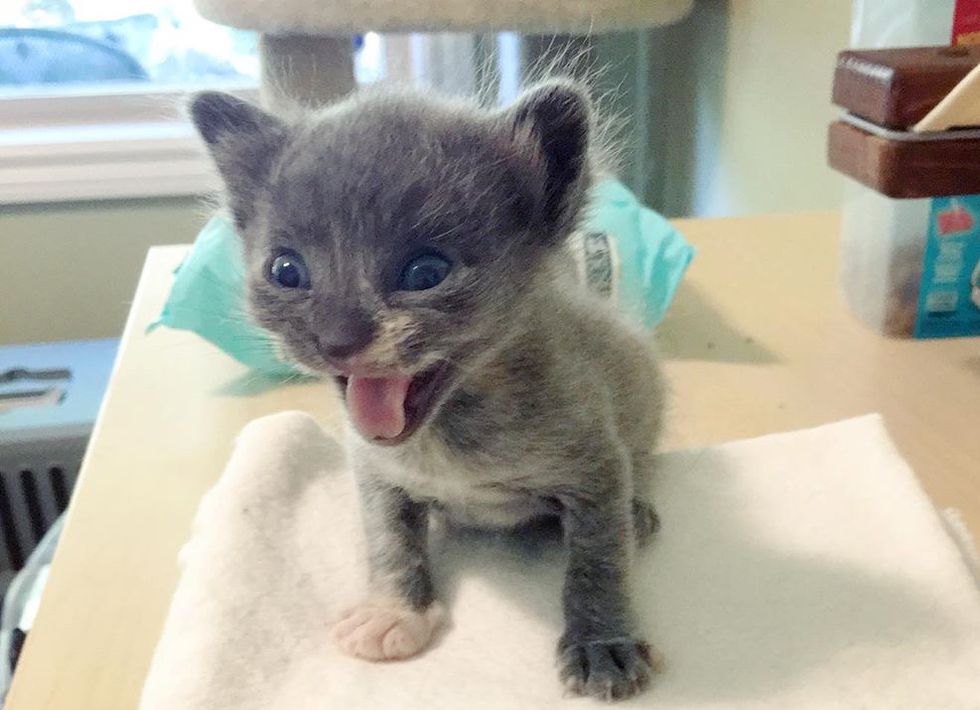 Zoe and Zac, two feline sisters, were brought to a rescue in Vancouver Island along with their cat mother, Kiera. Zoe was especially small for her age. Kristi Bellis, a foster volunteer, took them home to help the little kitten thrive.

Zoe was just half the size of her sister, and was very lethargic and frail. At 10 days old, she weighed about 130 grams, which is equivalent to a newborn kitten. Kristi started syringe-feeding her around the clock but the little one continued to struggle with growth.

"I've tried to figure out why Zoe wasn't thriving. I think it's because Kiera wasn't producing much milk and the stronger kitten (Zac) was getting most of it," Kristi told Love Meow. 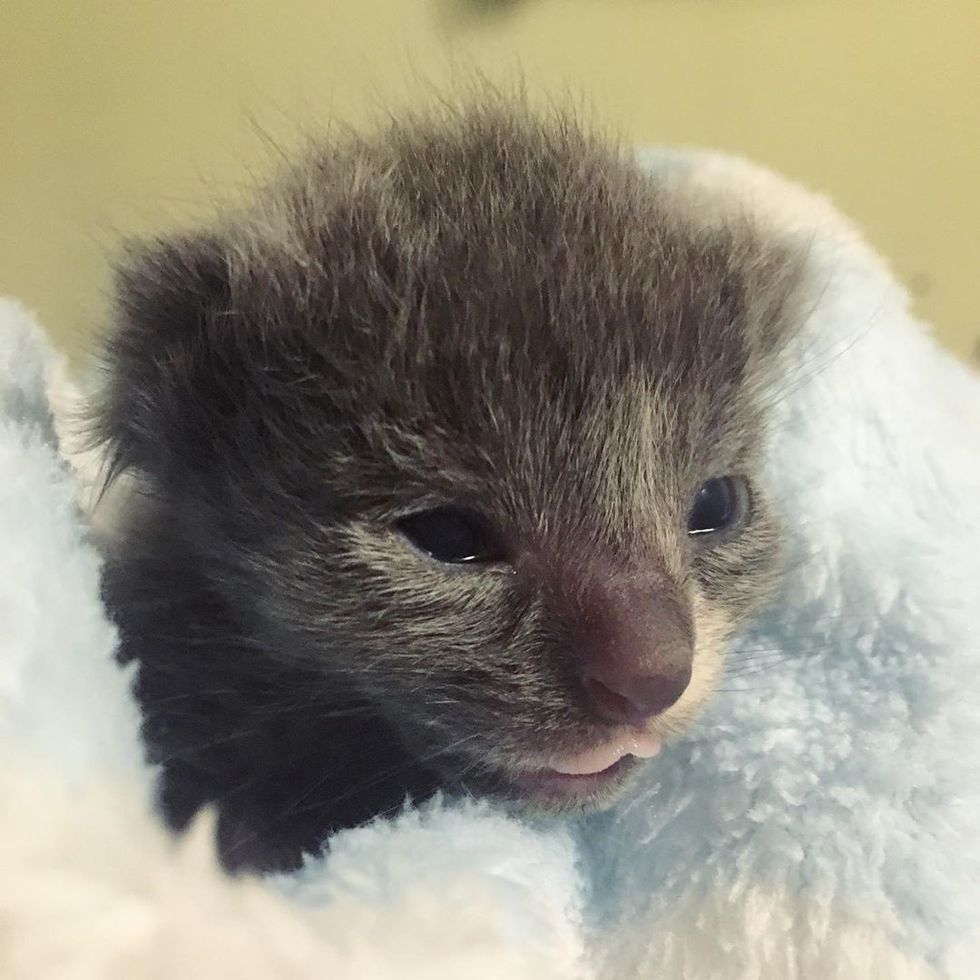 As it turned out, the cat mom wasn't eating or drinking much. Kristi tried over a dozen different foods and finally found something that the momma liked.

"Within a few days of mama cat eating lots, I noticed a big change in the weight gain of Zoe. Even though I was syringe feeding her formula to supplement mom's milk, her gains were slow." 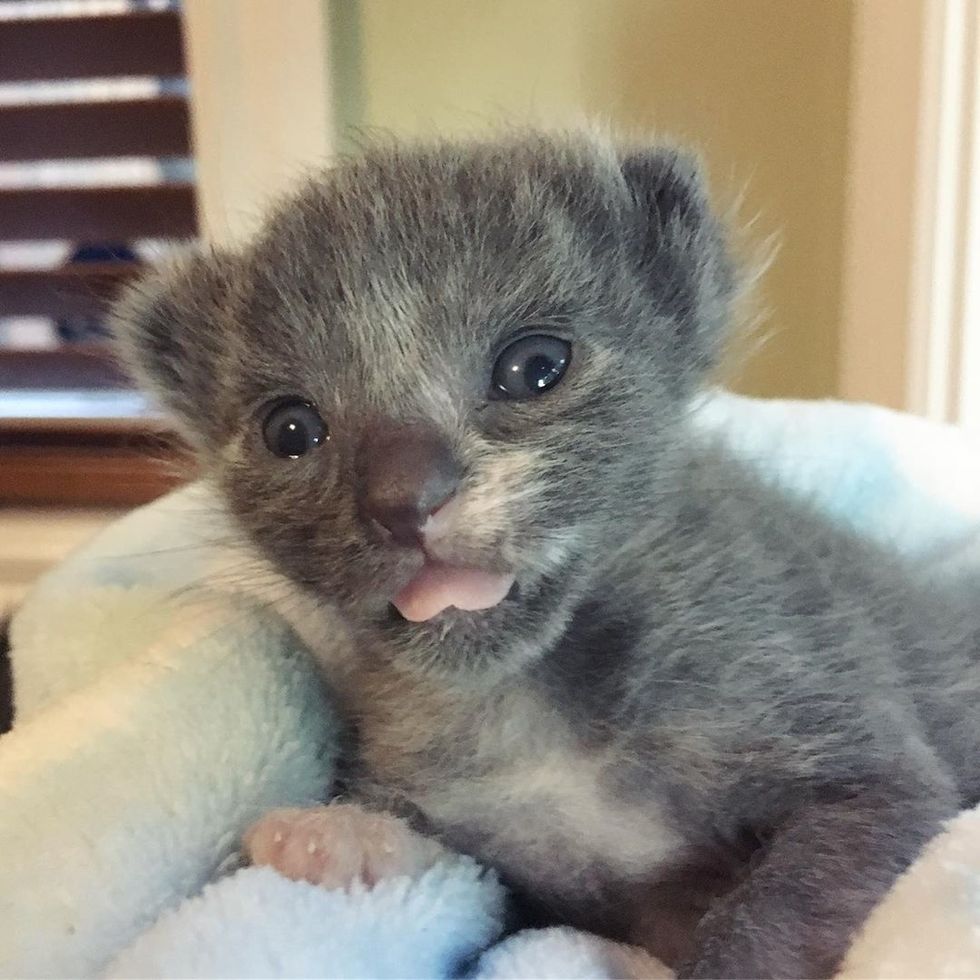 Since day one, Zoe has been very close to her sister.

They are completely inseparable, and you won't find one without the other. Zoe looks up to her sister and clings to her everywhere she goes. 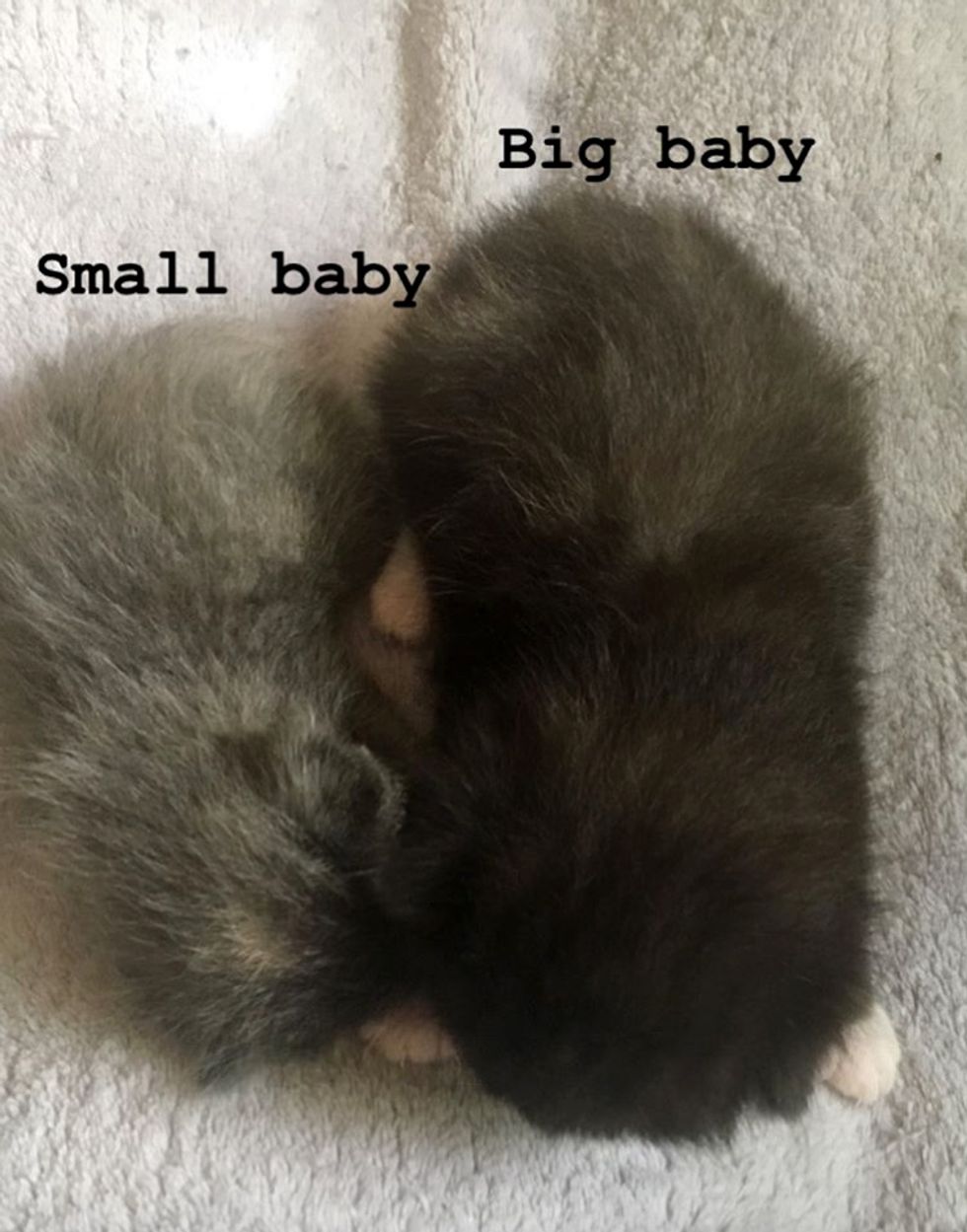 When Zac started to play and explore, Zoe tried to keep up and emulate her. By the end of the day, they were always cuddling with each other, napping away in their comfy bed.

"Even though Zoe is still very small and underdeveloped, she is quite robust. She is active and moves around well," Kristi told Love Meow. "She grooms herself and has started play-behavior with Zac." 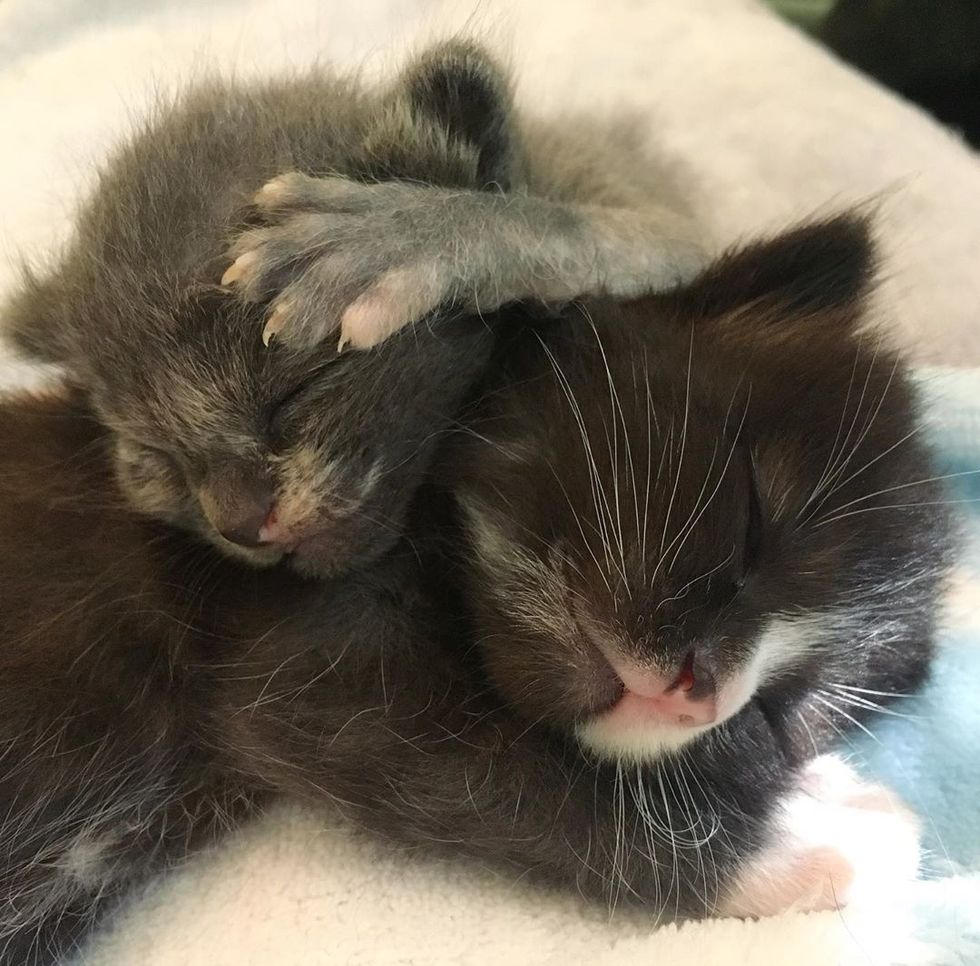 Her sister has been a huge source of comfort for Zoe. With proper care and lots of love, she is starting to grow more steadily. After the first week in foster care, Zoe hit the 200-gram mark, and was on her way to reaching another milestone.

She hasn't grown much teeth yet, but "what she lacks in teeth, she makes up for in tongue!" 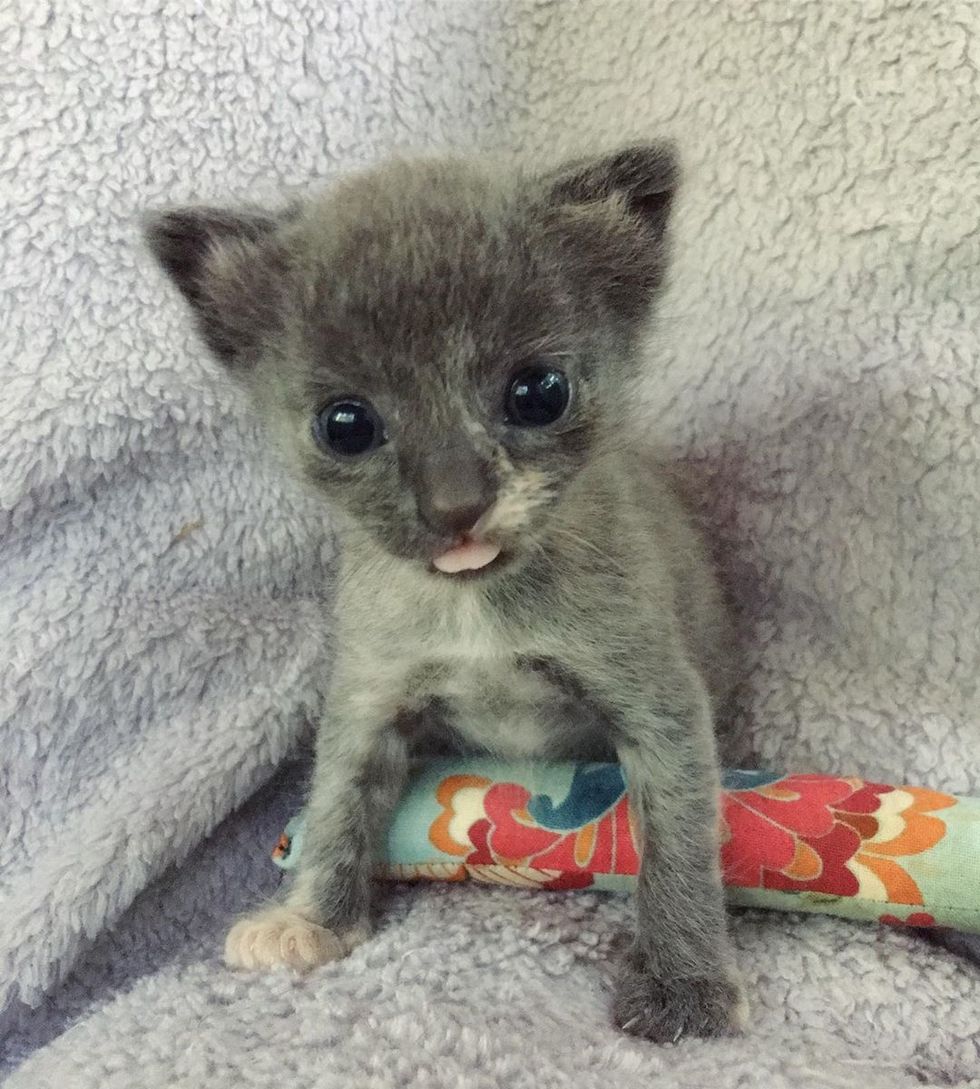 "Normally kittens' incisors start to poke through around two weeks old. Zoe has been all gums until just the past few days, when she's finally starting to teethe. This could be part of the reason her tongue is out all the time," Kristi said.

Watch Zoe's journey in this video:

Kitten half the size of her sister, now thriving in foster care youtu.be

Zoe has come a long way. During the first week in foster care, she spent most of her time napping.

"Just this past week, she really perked up. Now, she's more adventurous than her sister." 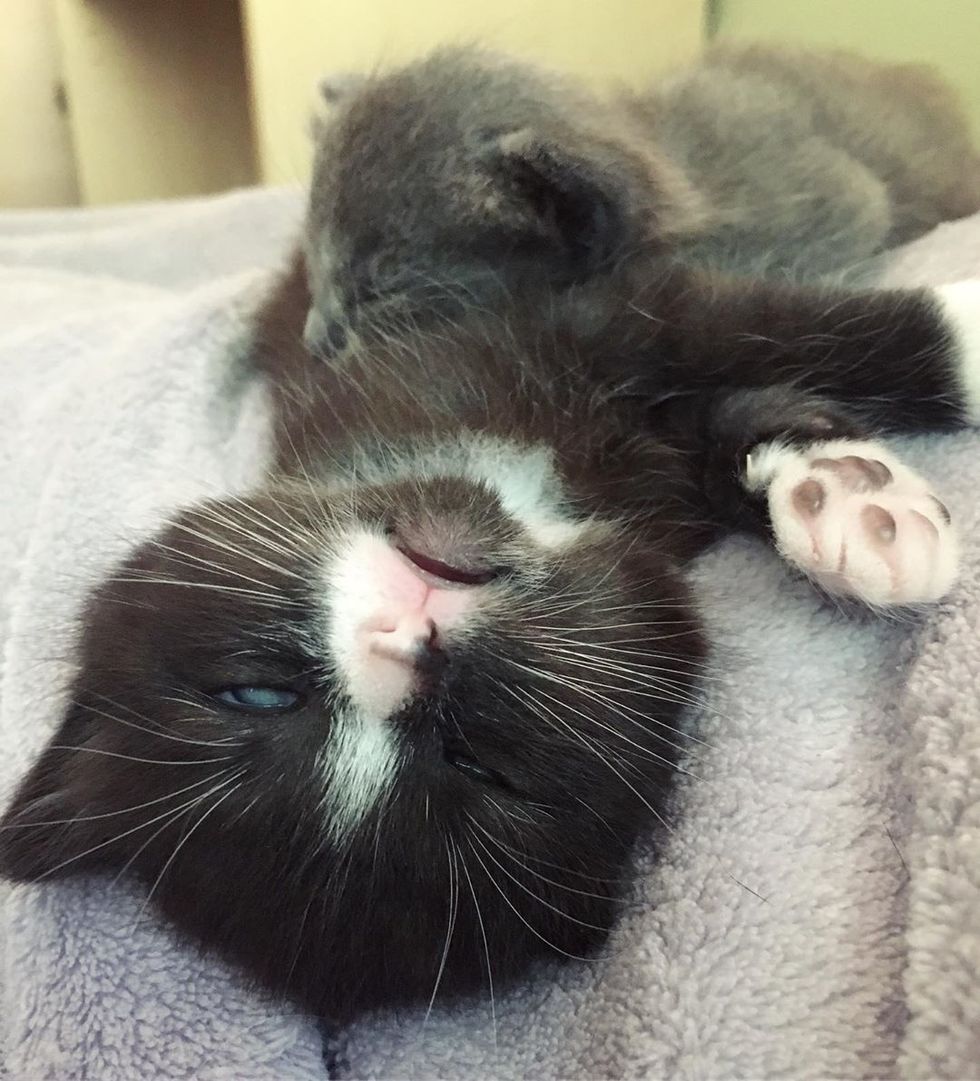 Today, Zoe is four weeks old and has joined the 300-gram club.

"She's behind in many ways developmentally, but I feel confident she's going to catch up." 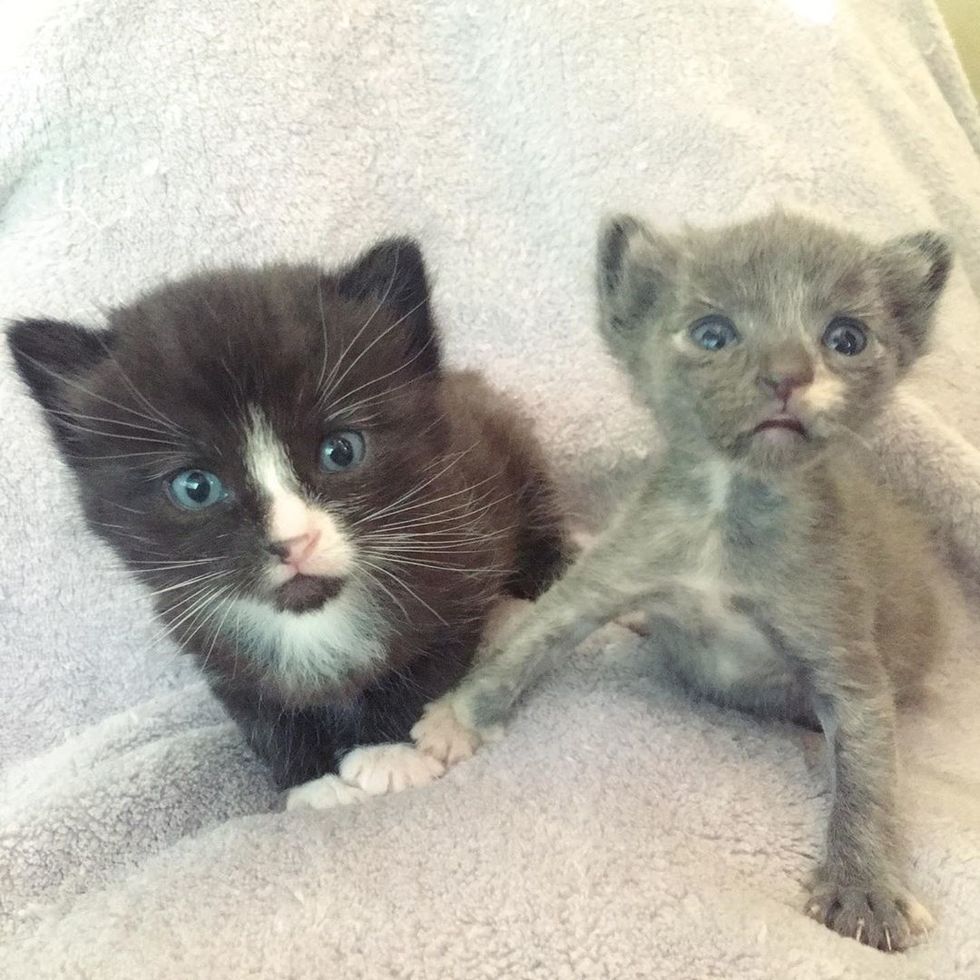 The tiny girl is finally growing, narrowing the gap in size and catching up in strength.

Zoe insists to get a little piggyback ride from her sister after feeding time. 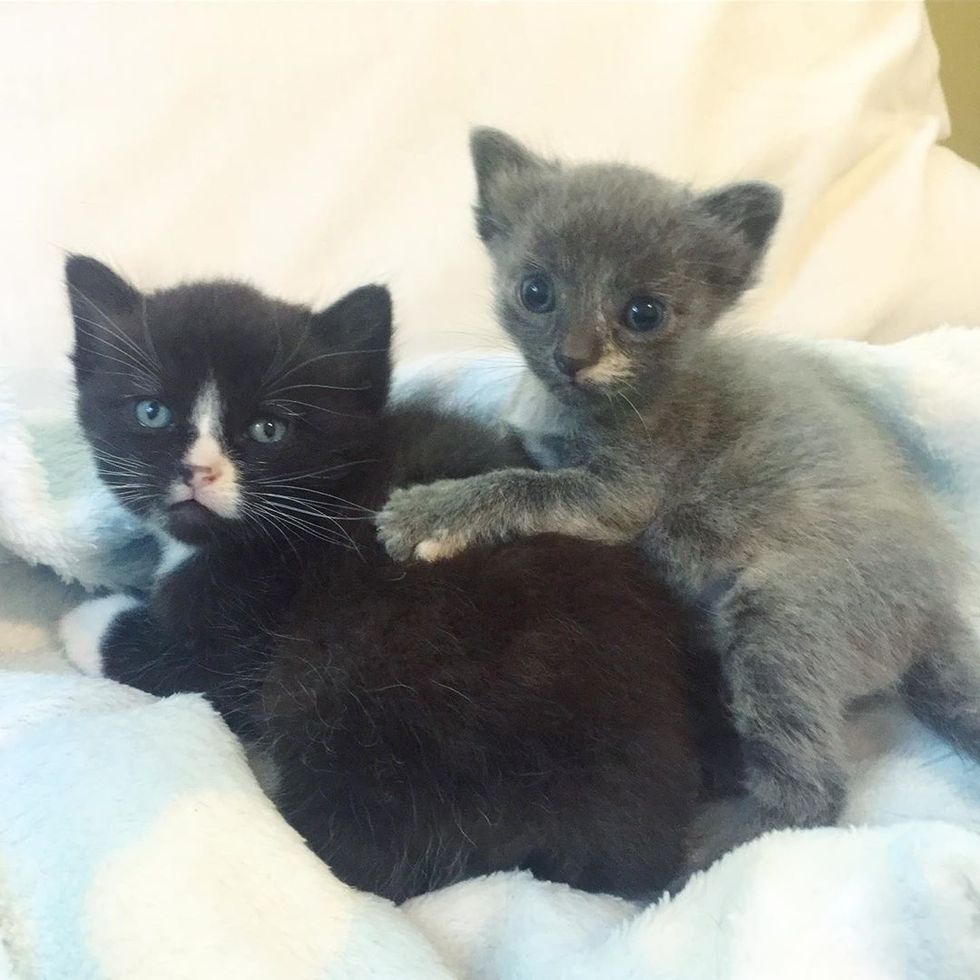 Related story: Stray Kitten Ran Up to a Couple, Meowing for Help — He Brought His Sister with Him