Kittens with Special Needs Found Behind Dumpster, Have Been Together Through Everything

They have been in two shelters, several foster homes and are turning one year old this August. "What they want more than anything is a home." 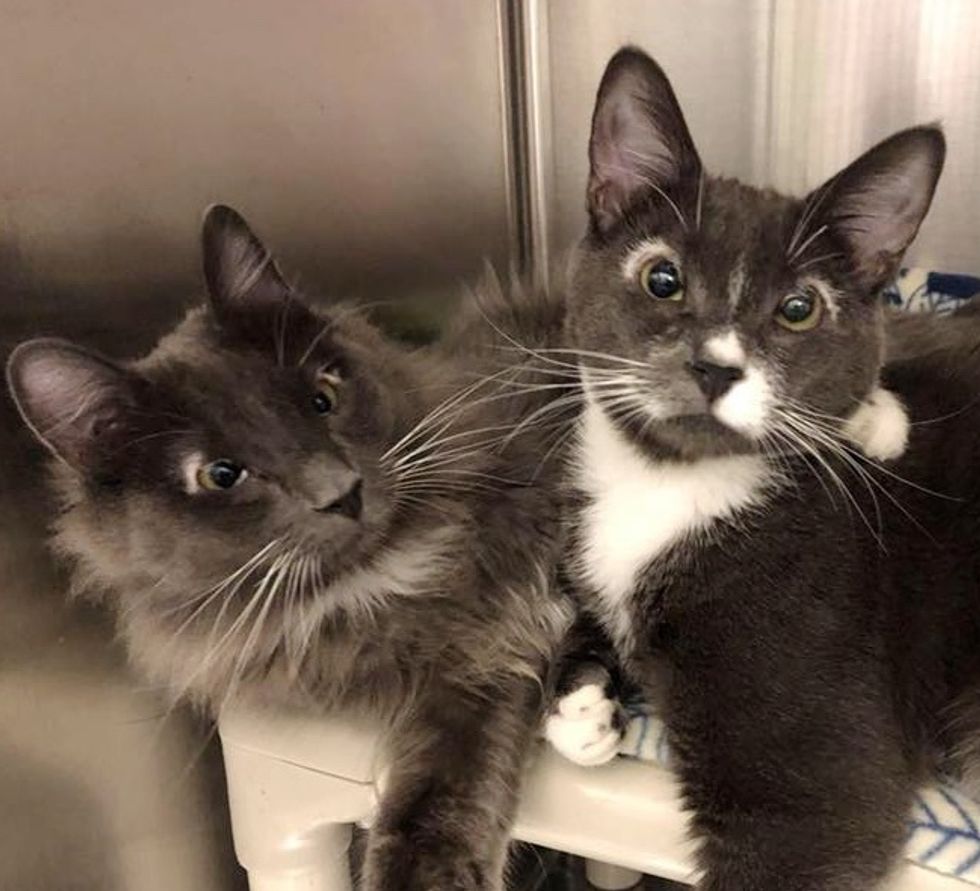 Fred and Shaggy were rescued along with their sister Daphne as a tiny kittens and taken in by a rescue group before they were transferred to Purrfect Pals in Arlington, Washington so they could receive the extensive medical care they would need.

"The kittens were malnourished, dehydrated, covered in fleas, and required syringe feeding and intensive care for the first few weeks," the shelter shared with Love Meow.

They were born with Feline Eyelid Agenesis, which is a congenital disorder in which the eyelid doesn't form properly during development.

"They also have retinal abnormalities and limited or incomplete vision, which doesn't impede their explorations or adventures one bit." 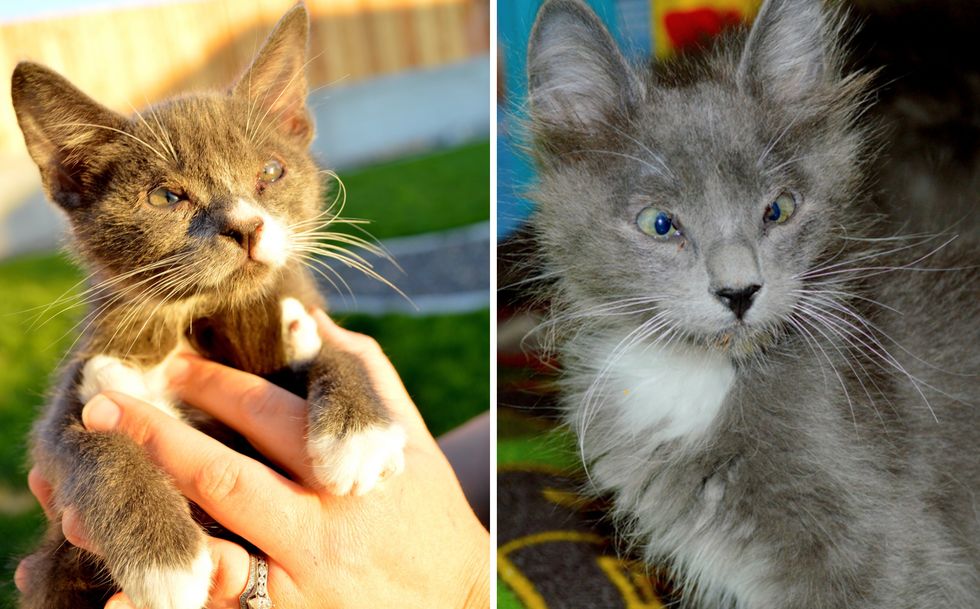 The feline siblings needed surgery to repair the deformity so they could live without pain and infections.

"They had a rough start in life but we are determined to provide them with second chances," Purrfect Pals added. 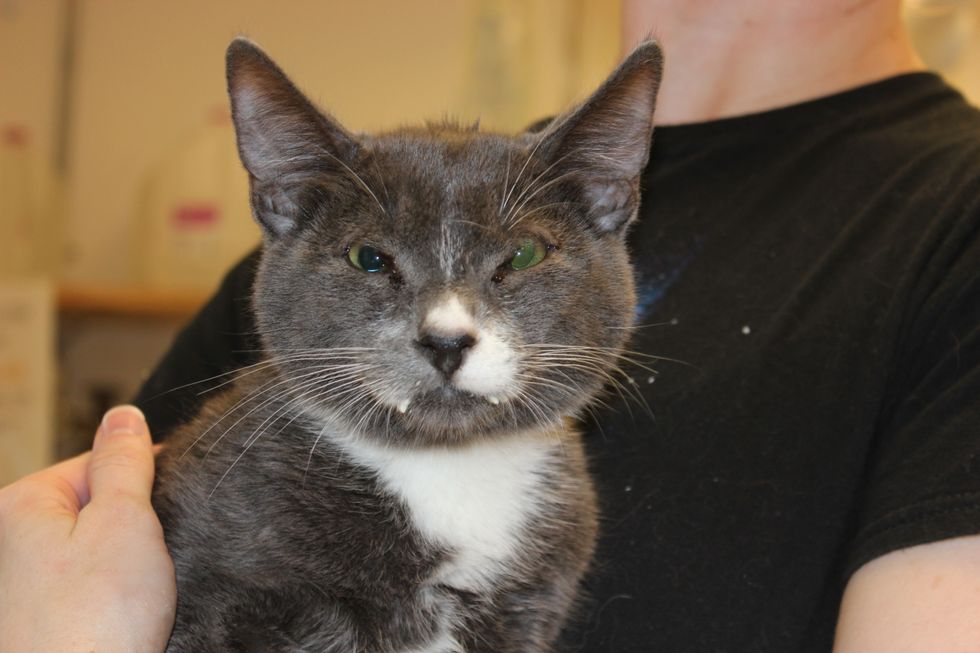 Shaggy and Fred had several surgeries to create margins around their eyes and remove irritating fur and will need eye drops (OTC lubricant) once or twice a day for the rest of their lives. Despite their differences, the feline siblings love lives and crave attention from their human friends.

"They hold no grudges when it comes to having their eyes done. Shaggy and Fred are constantly together, playmates, best friends, confidants and brothers to the core." 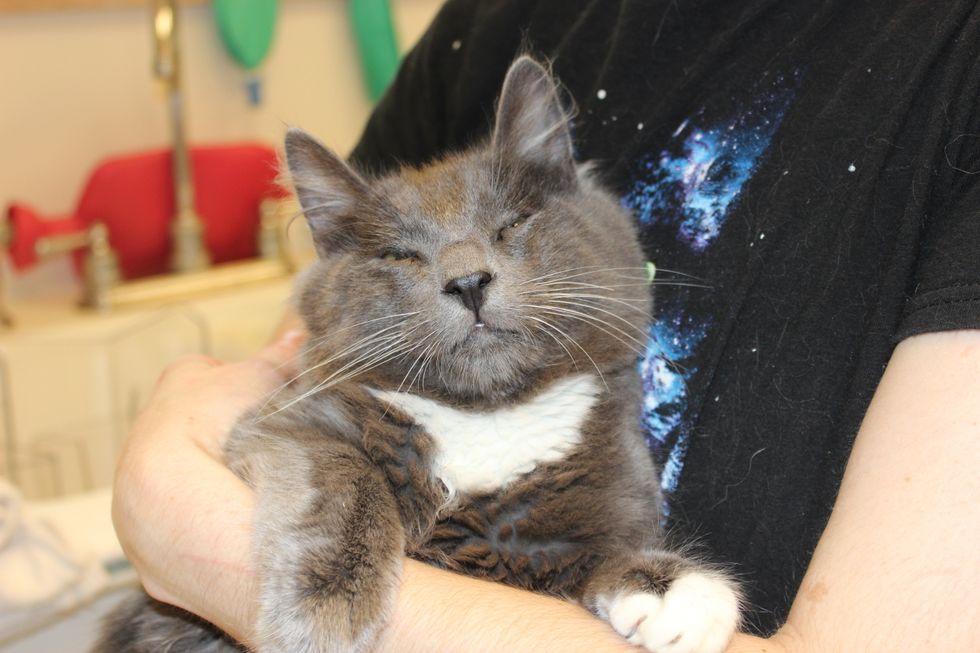 The brothers have been each other's constant support and best friend through all the moves, surgeries and recovery and cannot be separated.

After their sister had found her forever home, the two brothers continued to wait for theirs to come. "They are closely bonded. They want a home where they can romp, climb, snuggle, snooze in sun puddles and grow old together."

"At not quite a year old, these beautiful silver-gray guys are really just big, bouncy, boisterous kittens at heart. They are climbing, jumping, ball chasing, perpetual motion machines, eager to be where the people are.

"They are every bit as entertaining and amusing as any younger fluffball of a kitten but, unfortunately, it's summer and the height of 'kitten season' when everyone is star struck by the itty-bitty ones." 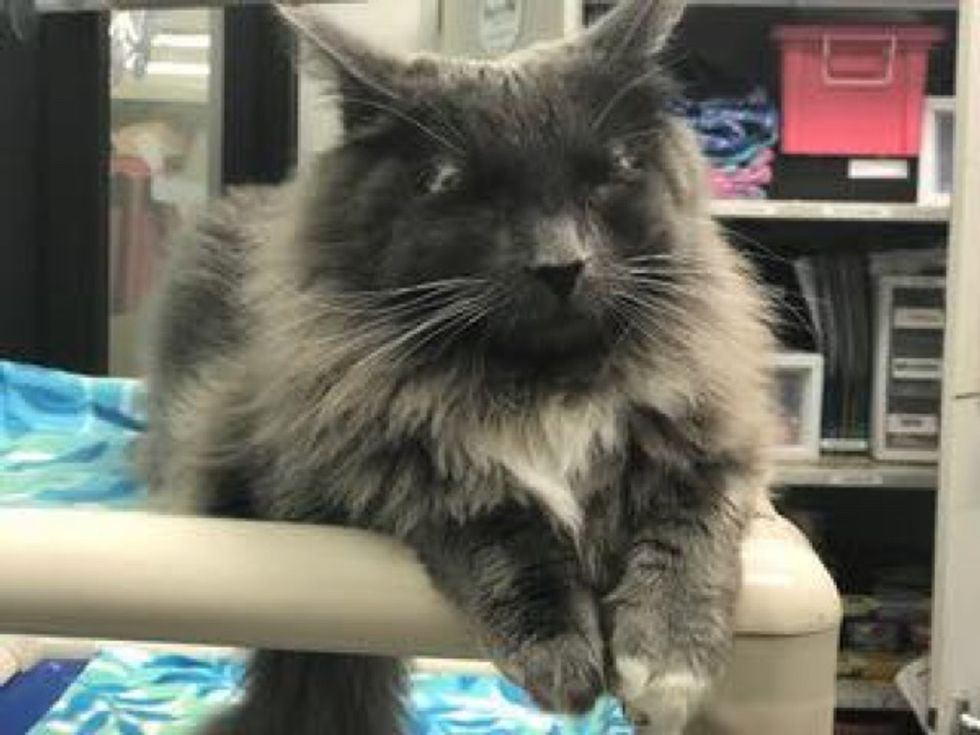 "Shaggy and Fred are stuck in limbo - too old for most people to consider them kittens, and too young for the folks who want to help out an older, less adoptable cat."

They are each other's closest friends, support, and playmates who are constantly together. 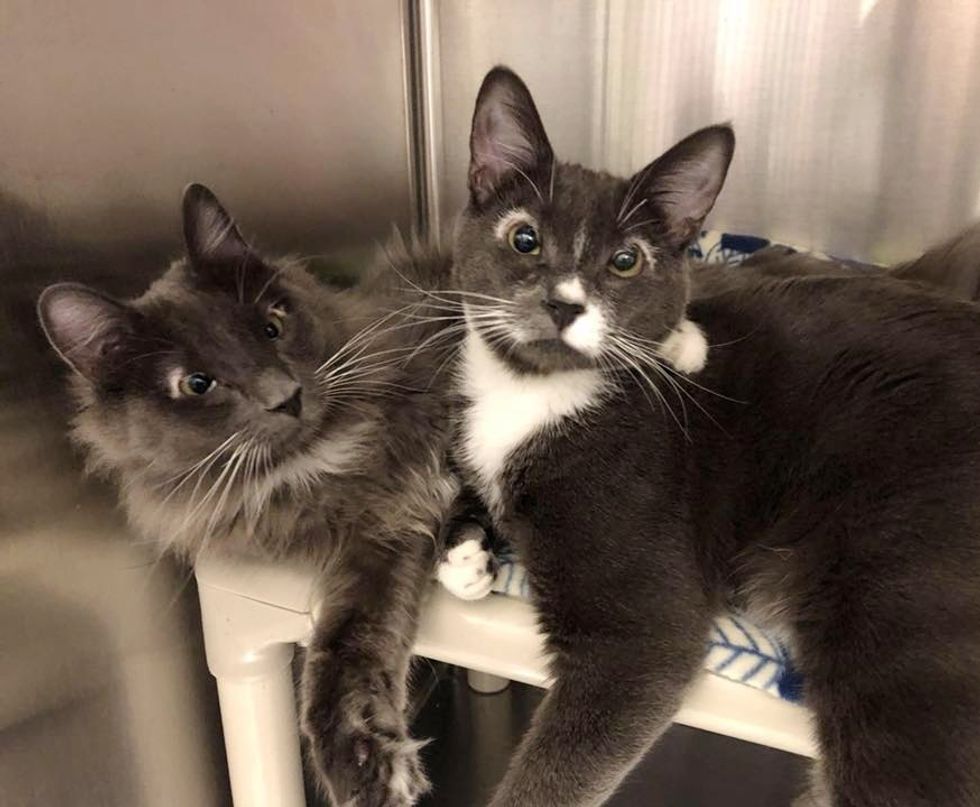 "These delightful young cats have spent their entire lives without a permanent home and it's high time for them to have one."

For their first birthday, the two brothers' wishes are to find a place together to call their own. 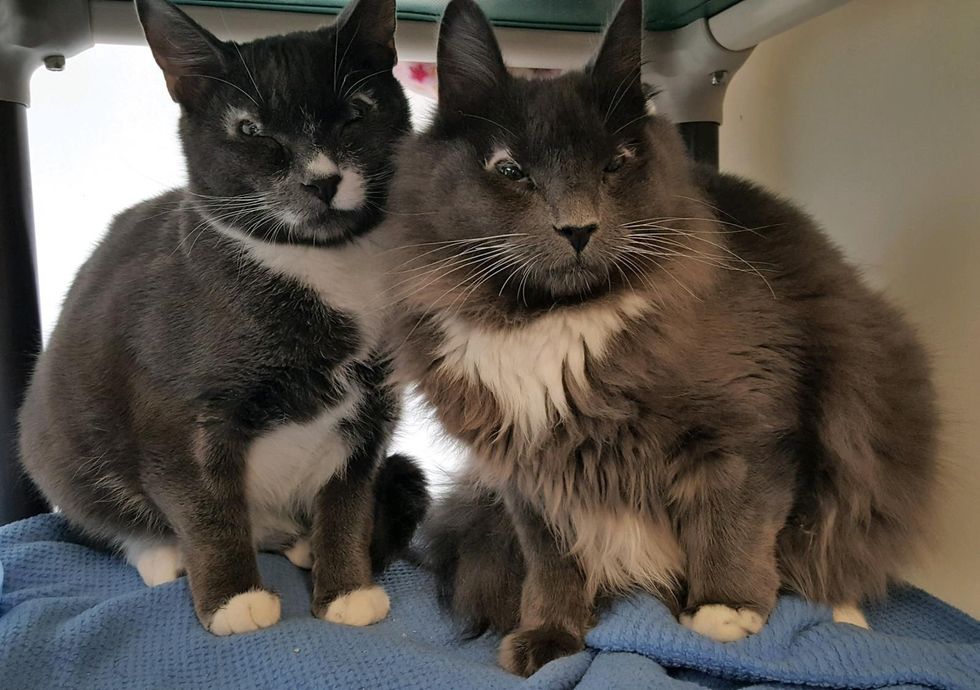