Three tiny kittens were brought to a community animal clinic in Richmond, California, for a second chance at life.

They were very tiny and always snuggling, keeping each other warm. 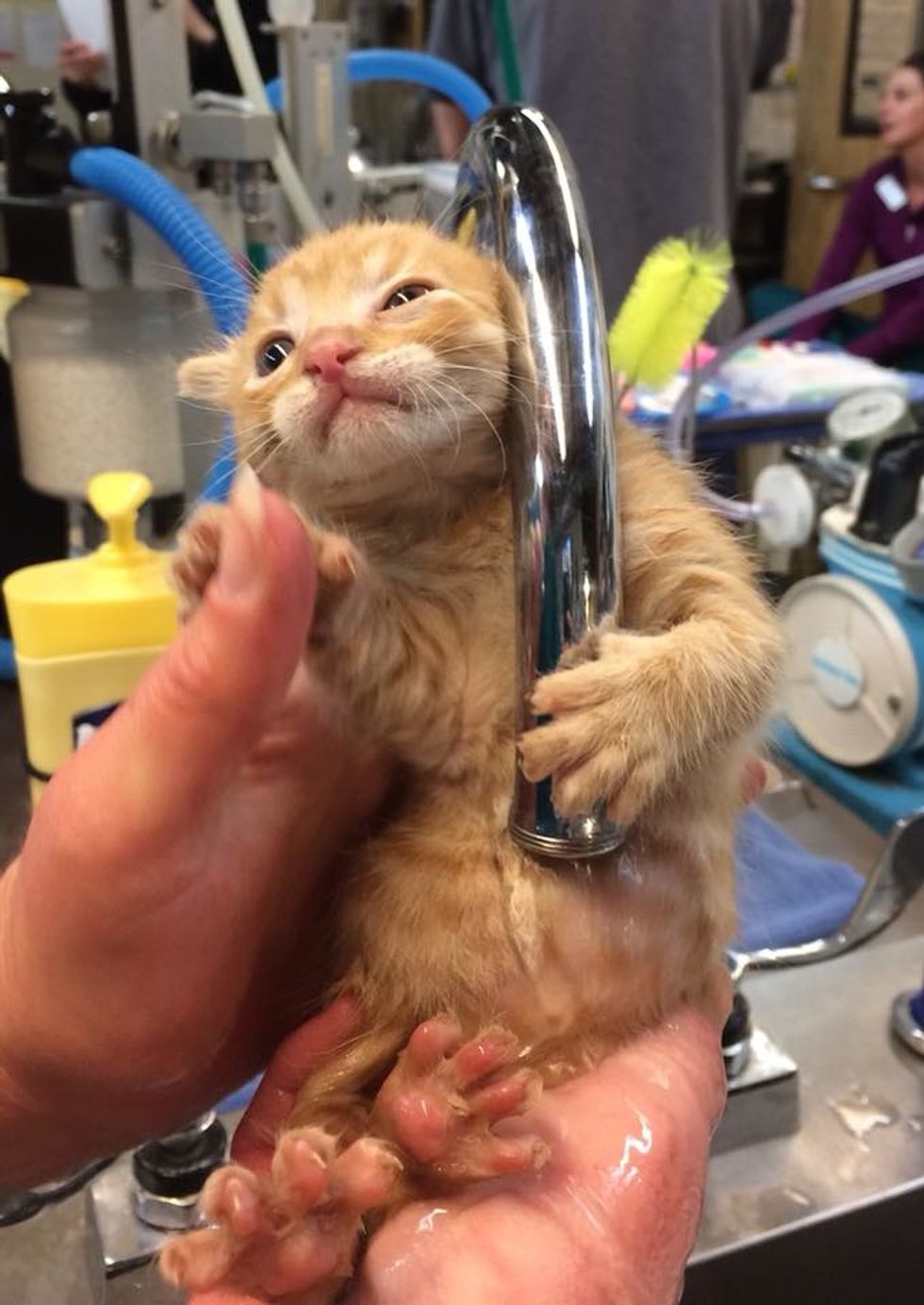 Everest got a much-needed bath after the rescue.Saving Grace Rescue

The kittens were taken to the clinic after a Good Samaritan rescued them from an uncertain fate. Upon evaluation, Dr. Jean Goh of Fix Our Ferals discovered that two of the kittens have a compressed rib cage, a condition called Pectus Excavatum.

The kittens were in need of foster care as they were very young. The two boys with the congenital deformity would need to be re-evaluated in a few weeks to see if repair surgery would be necessary.

Amber Rose, founder of Saving Grace Rescue, offered to take in the feline trio, and Sarah, a volunteer of the rescue, immediately started them on a round-the-clock feeding schedule. 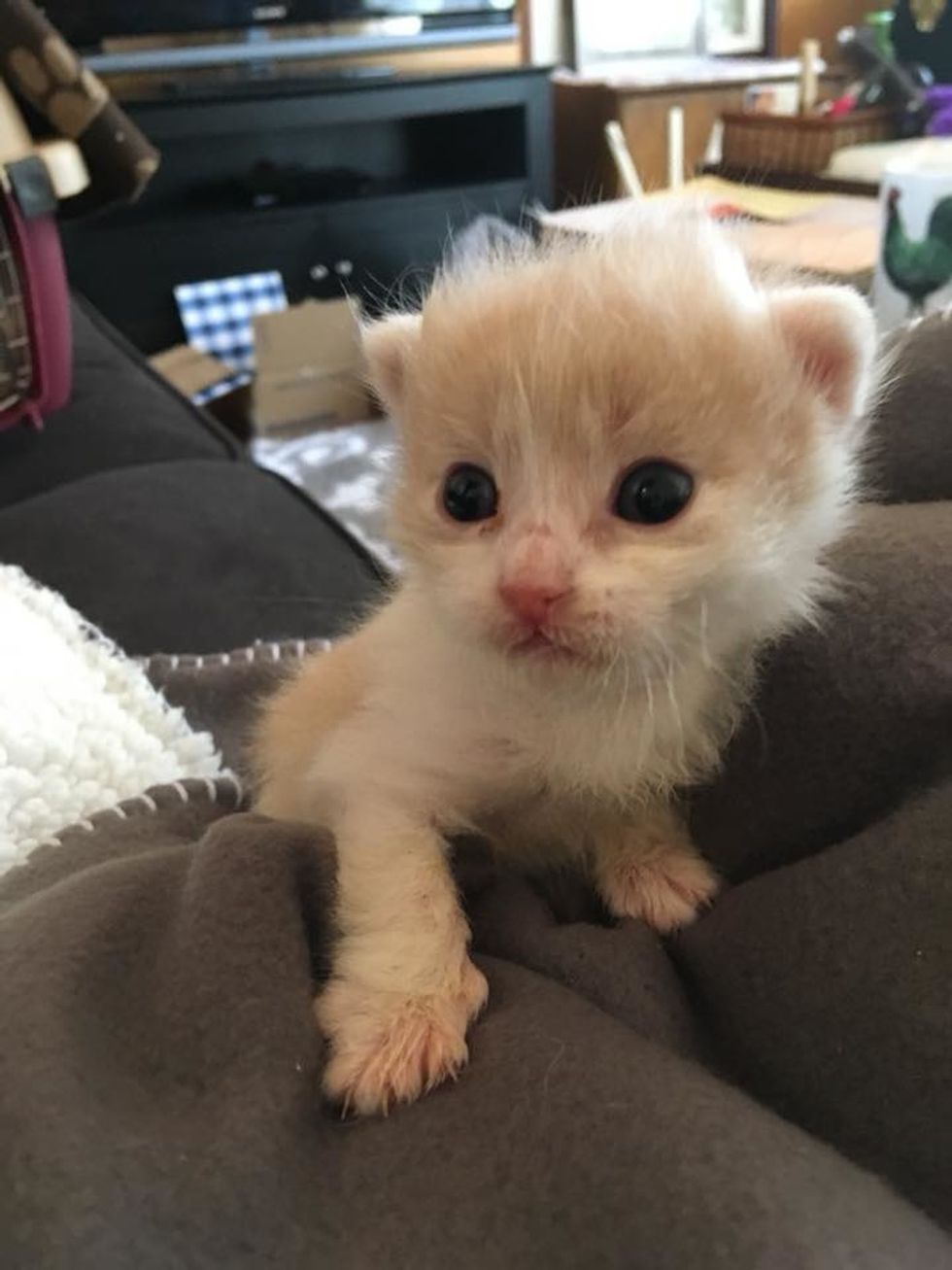 Reinier the only kitten without deformity.Saving Grace Rescue

"We have a history of taking in pectus excavatum kittens so Dr. Goh called us. They were about five days old at the time," Amber told Love Meow.

The three boys were completely inseparable from day one. They never left each other's side and would cry if they were not together. 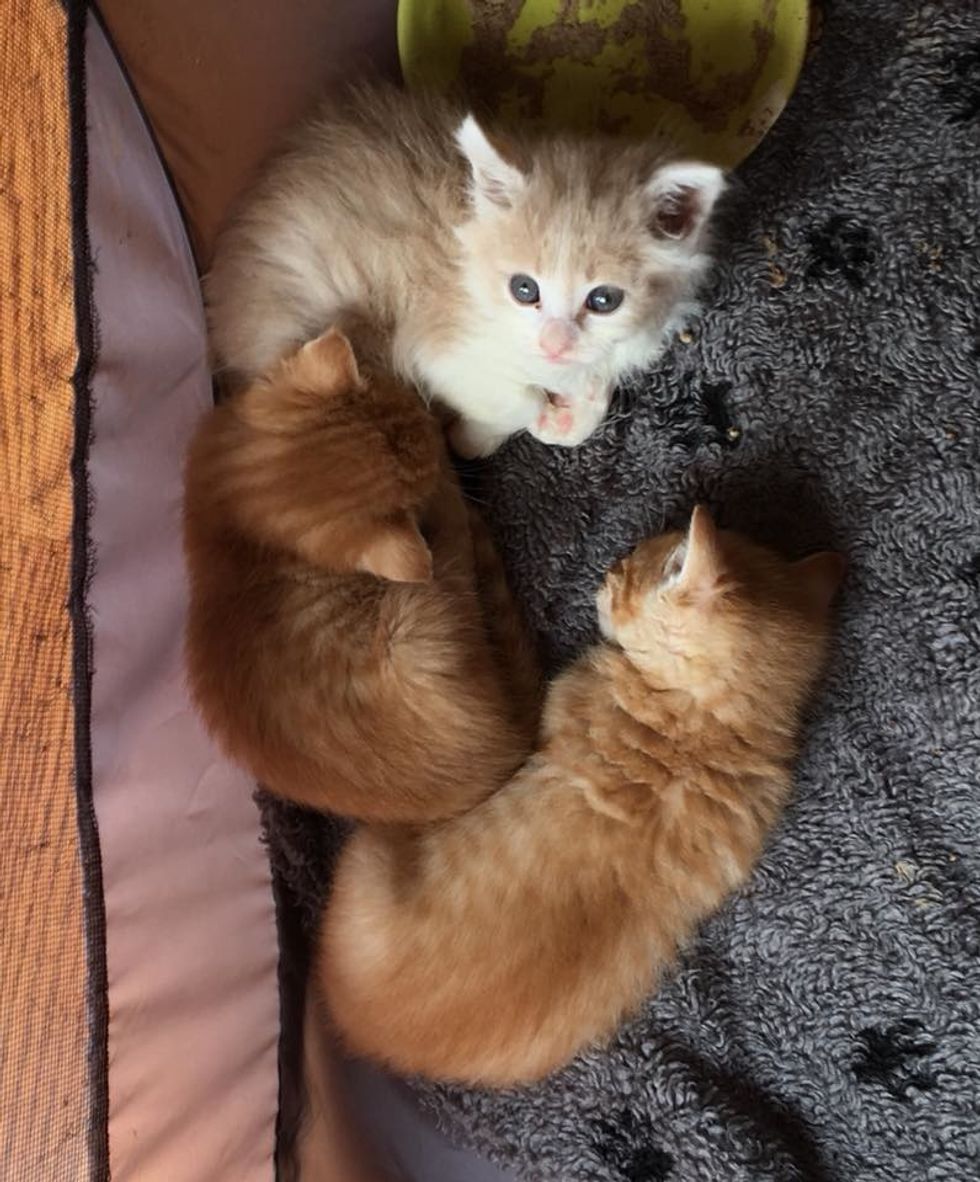 Deformity never seemed to bother Everest and Fuji. As they grew bigger, they started to play and explore just like their brother Reinier.

Around five weeks old, they were transferred to another foster home where socialization began. Joyce, foster mom, soon discovered their love for cuddles. 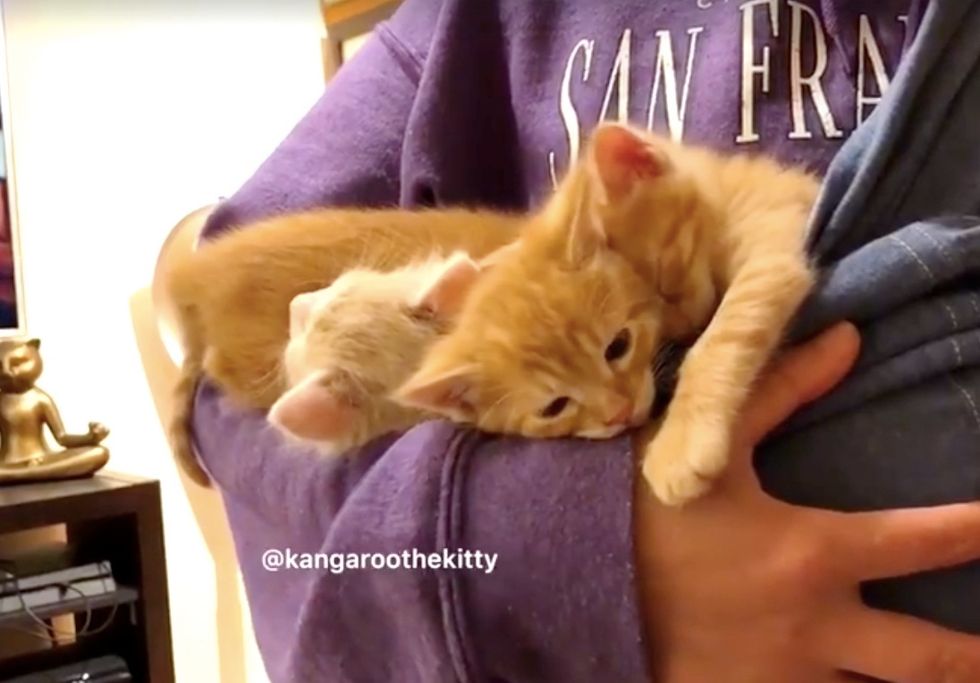 "These guys really love each other. You probably won't see one sleeping by themselves ever," Joyce told Love Meow. "They usually like to squeeze in together for cuddle sessions every day."

They adore human companionship and will cuddle in a pile or form a purrfect kitten train on their human's lap. 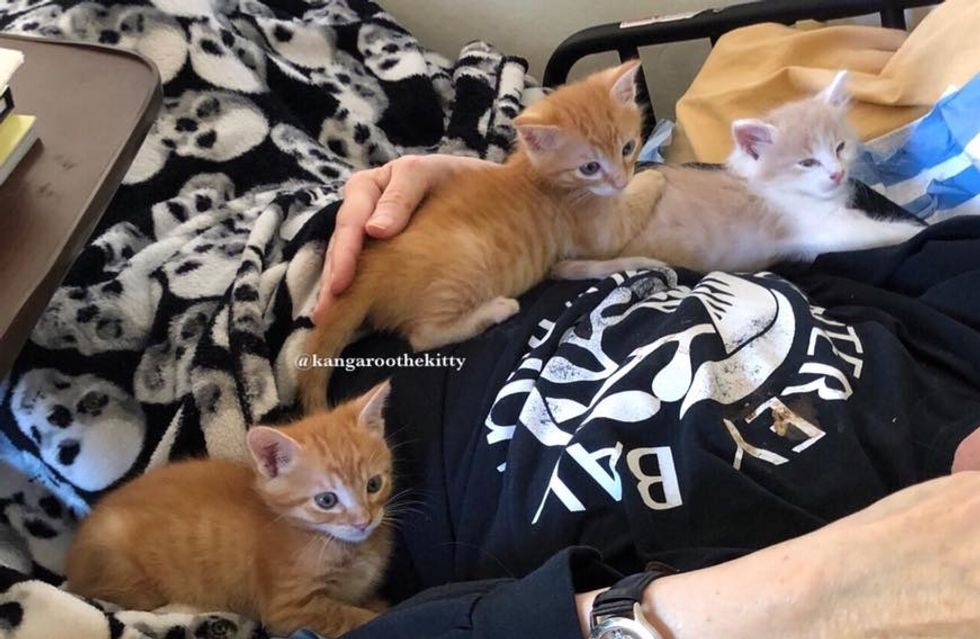 A cat lover received a visit from the three brothers. As they lay neatly on her, they immediately switched on all three purr motors as if to start a purr-filled kitty therapy session.

"She can't have any pets with her current living situation. Their visit made her day." 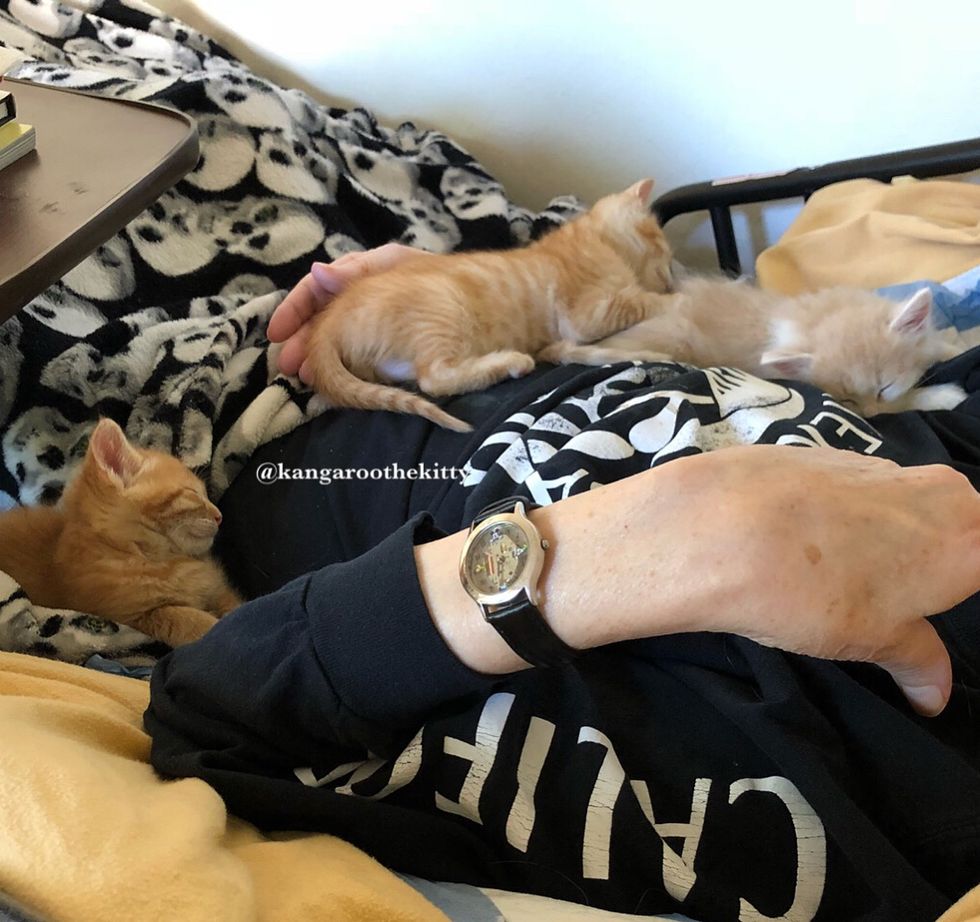 The ginger boys are growing by leaps and bounds. Their bond is stronger than ever. They will call out for each other if one of them is not with the group.

"They meow/chirp when they are not together. They purr and cuddle a lot," Joyce added. 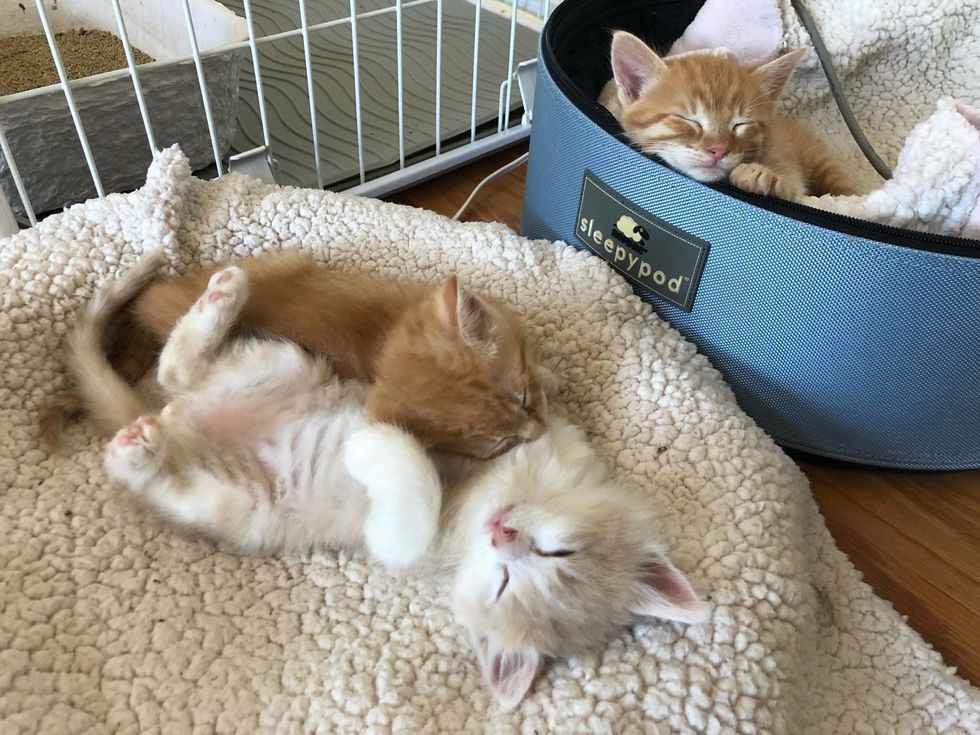 Everest and Fuji like to wrap their arms around Reinier or use him as a pillow when they nap.

"Reinier is the fluffiest kitty but he weighs less than his brothers." 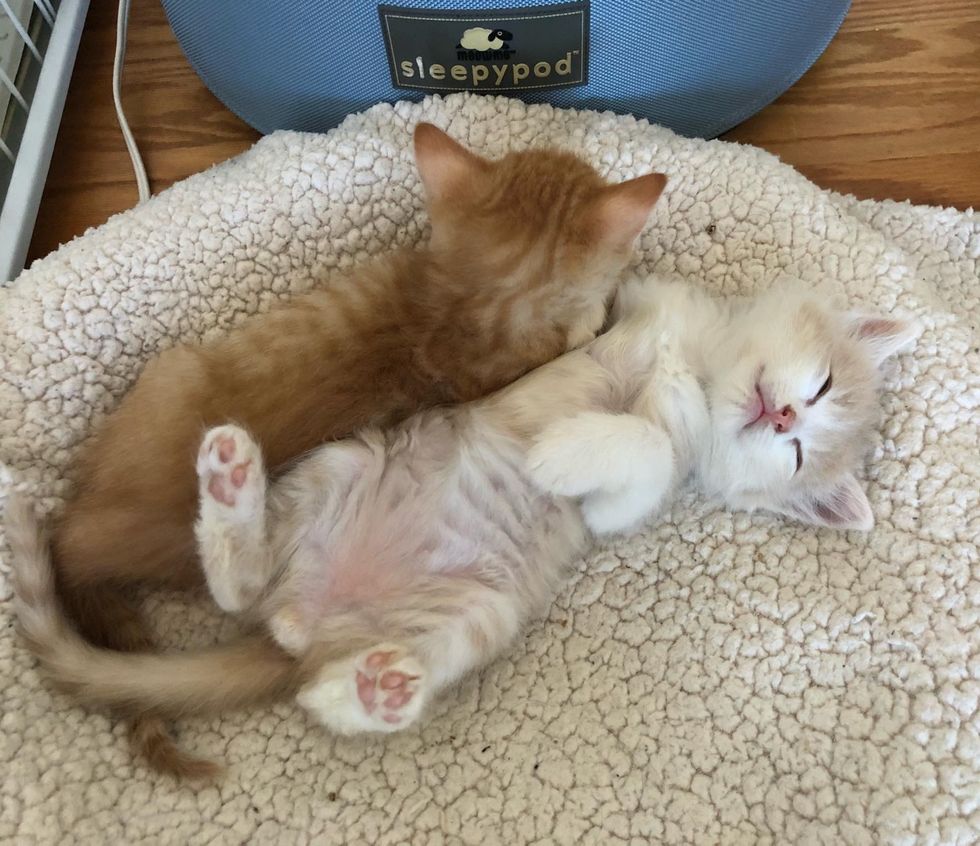 The vet will determine if the two brothers need surgery this week to place a splint to expand their rib cage and make space for their hearts.

They are hopeful about their future knowing the kittens are in good hands. 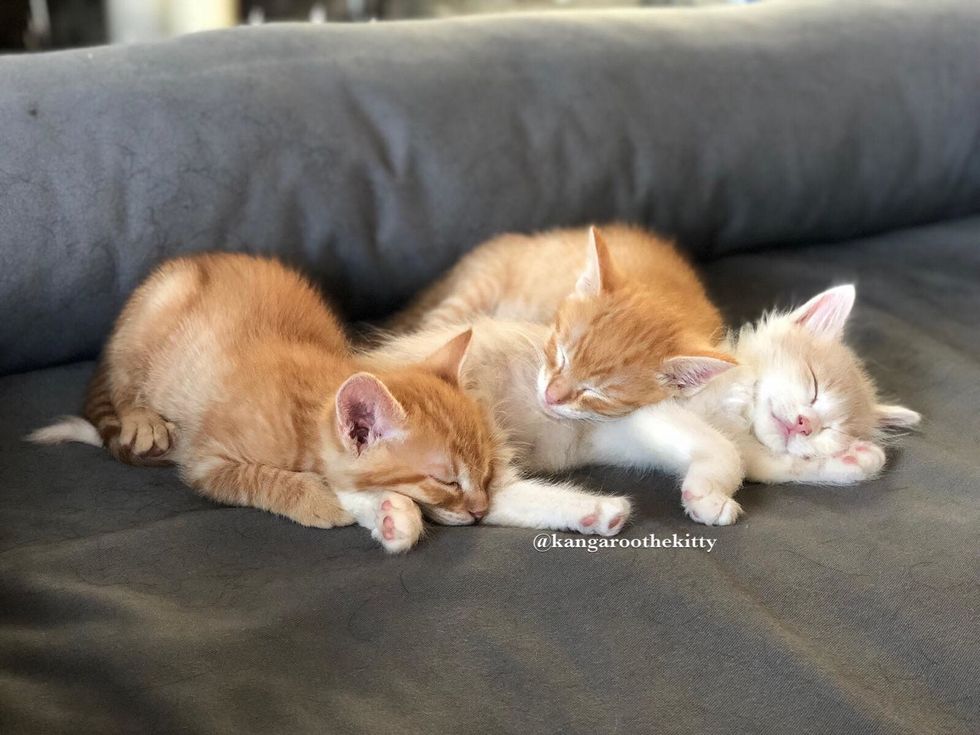 They are rambunctious little kittens when they play, and the sweetest snugglebugs when they nap. 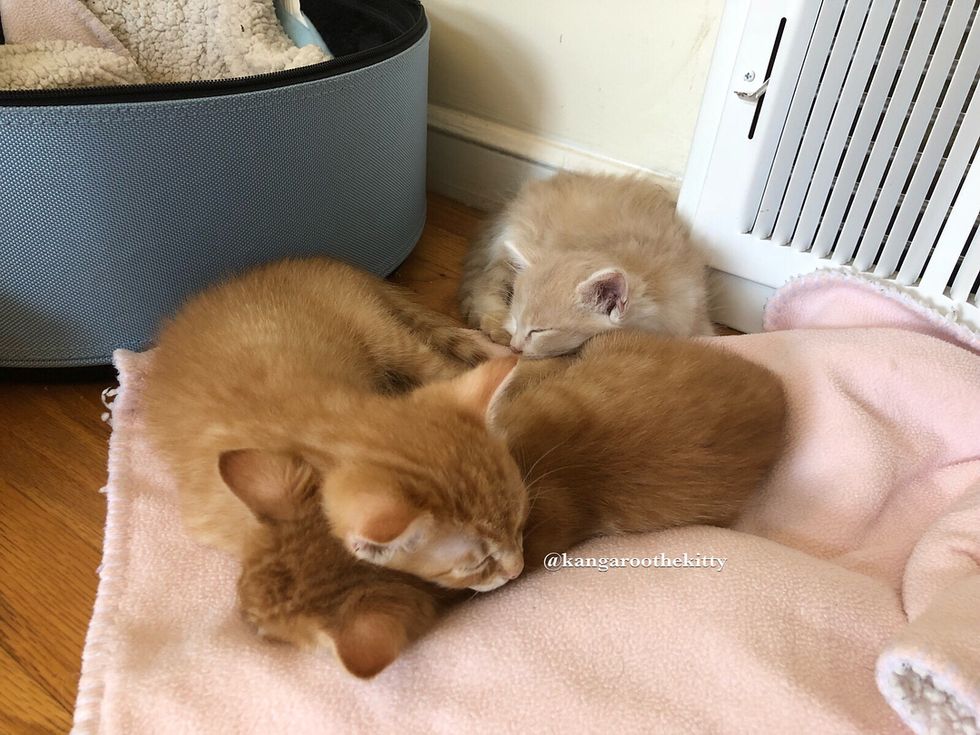 When Joyce gives them cuddles, it has to be done in a kitty bouquet fashion as the ginger brothers demand to stick together, always.

It's been two months since they were rescued. The little bundles of joy are thriving! 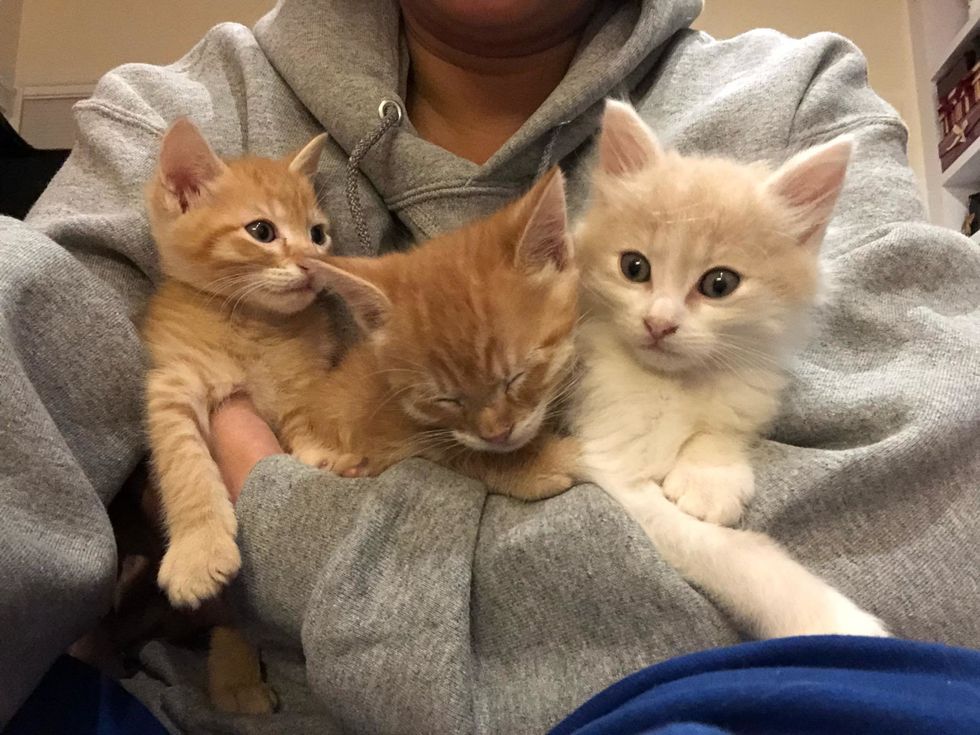