Rescued Kitten with 4 Ears Meets His Little Brother Who Also Has Extra Ears, for the First Time

A kitten with four ears was found under a house and rescued by the homeowner. A few months later, he met his little brother for the first time, who also has extra ears like him. 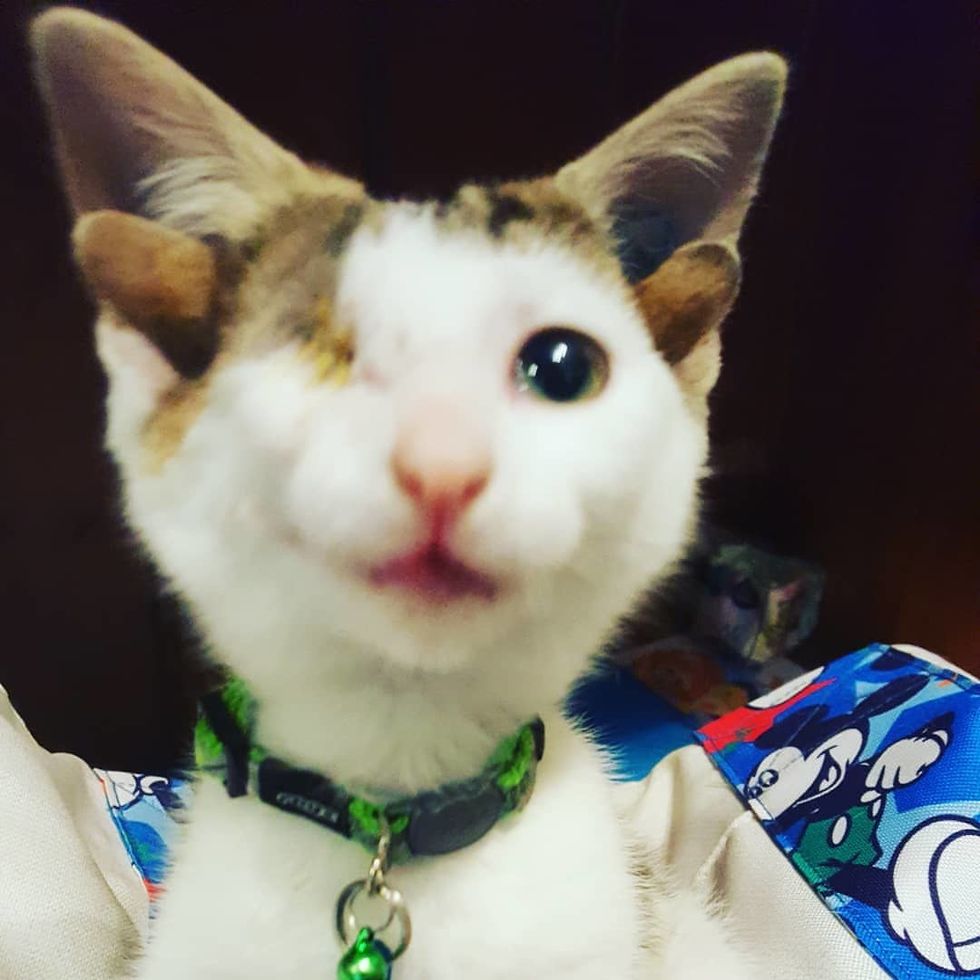 Frankie (aka Frankenkittens) was a tiny kitten when he was taken in by Geelong Animal Welfare Society (GAWS, in Victoria, Australia) for a chance at a better life. "He was discovered to have a very infected and damaged eye, as well as four ears," Georgi, volunteer of GAWS, told Love Meow.

The extra ears are a genetic deformity. GAWS provided for Frankie's medical expenses, including surgery and aftercare so he could live a healthy, happy life.

Georgi who took Frankie home to foster, nursed him back to health and fell in love with the kitty. "I've fostered close to 80 cats and kittens in the last year, and he was the first one I would have had trouble giving back. So I made the decision to adopt him." 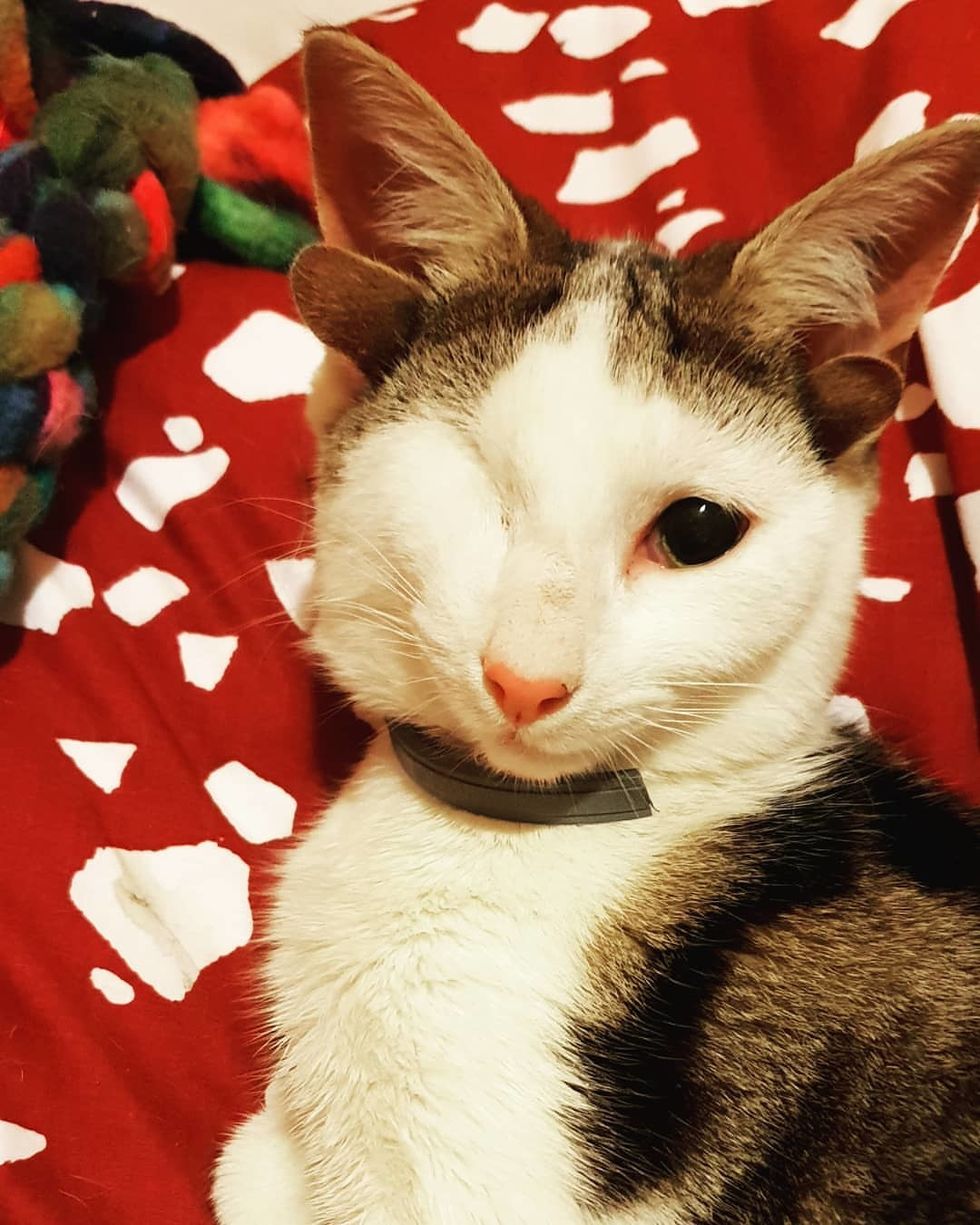 Meanwhile, rescuers had been trying to trap the elusive cat mother and get her spayed. A few weeks later, they found her and brought her into the shelter. That's when they realized that she was pregnant with a new litter.

"(It was) a much nicer place to have babies than under a house," Georgi said. "Thankfully, this was her last ever litter." 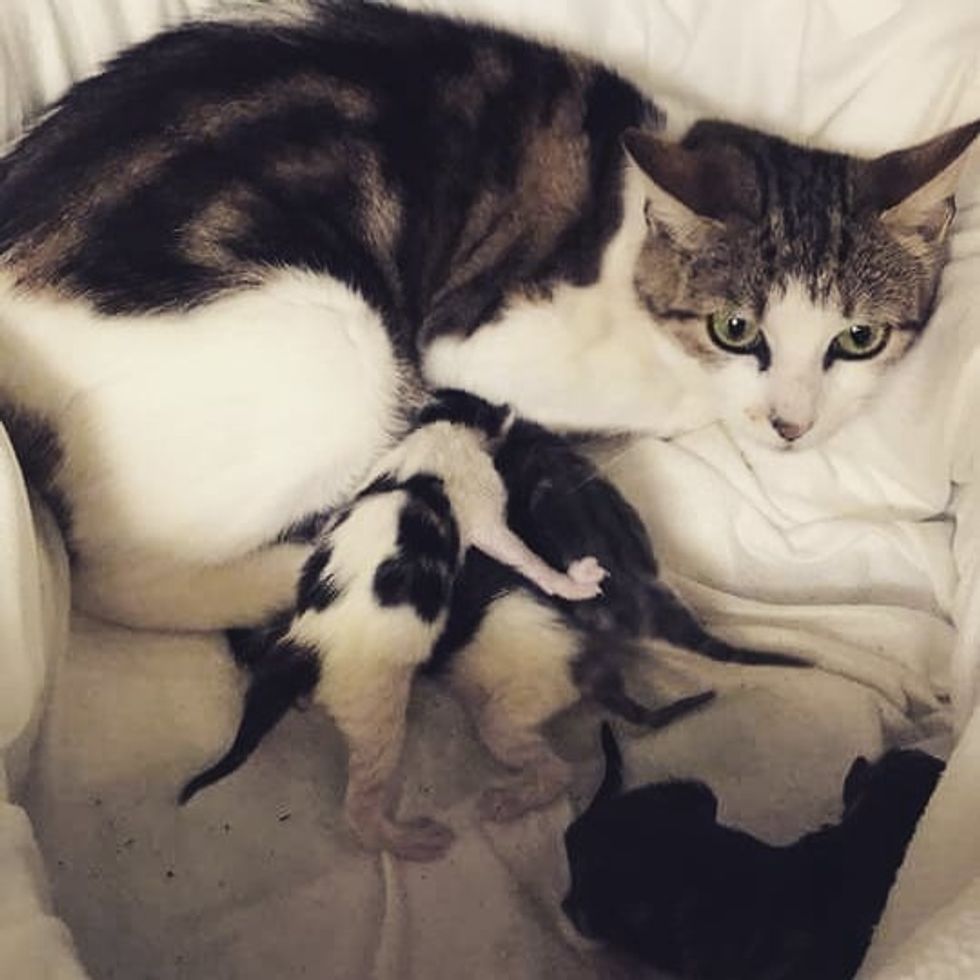 After the kittens were born, they noticed that one of them had an extra pair of ears just like Frankie.

"They obviously have the same genetic condition." 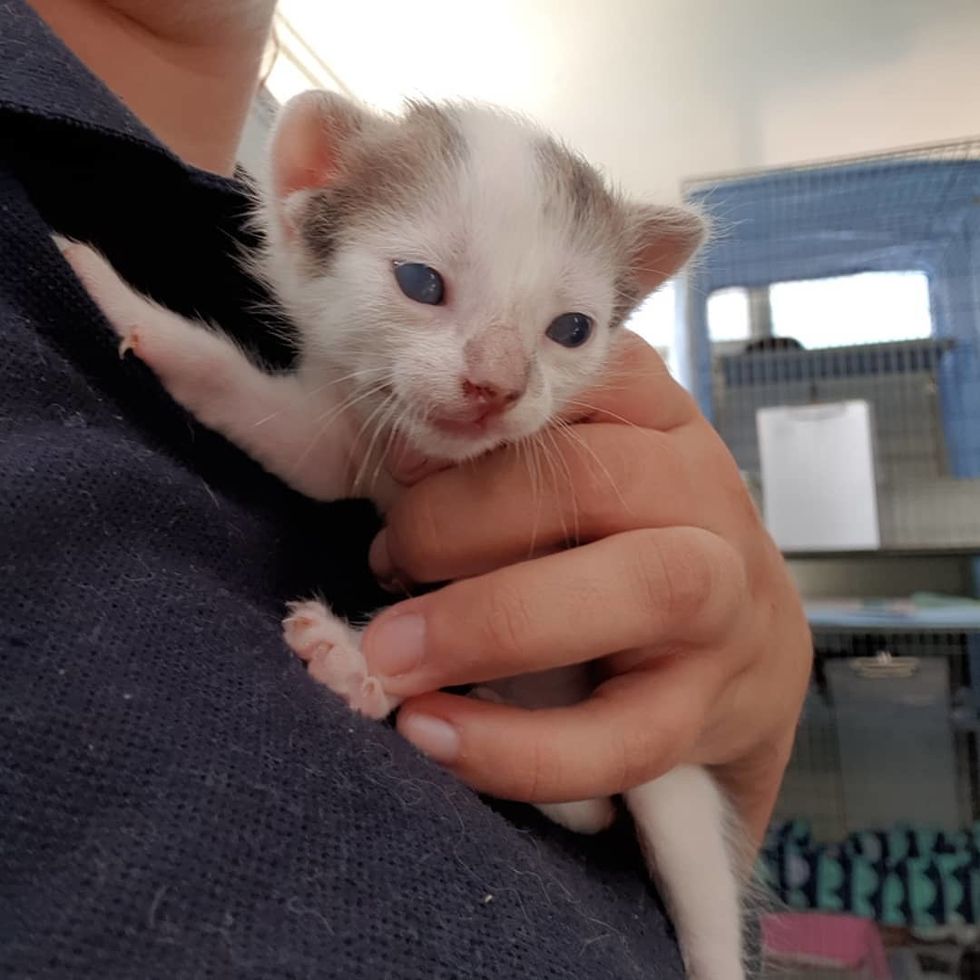 Liz Starcevic from Geelong, Australia fell in love with the sweet kitten and adopted him when he was old enough. He loved his new home and five feline friends. "We've named him Thorne. He is adorable. I can't get over how affectionate he is," Liz said.

When Liz had to leave town for a while, she reached out to Georgi and asked if she could help look after him while she was away. Georgi happily said 'yes' and was excited to introduce him to his older brother, Frankie. 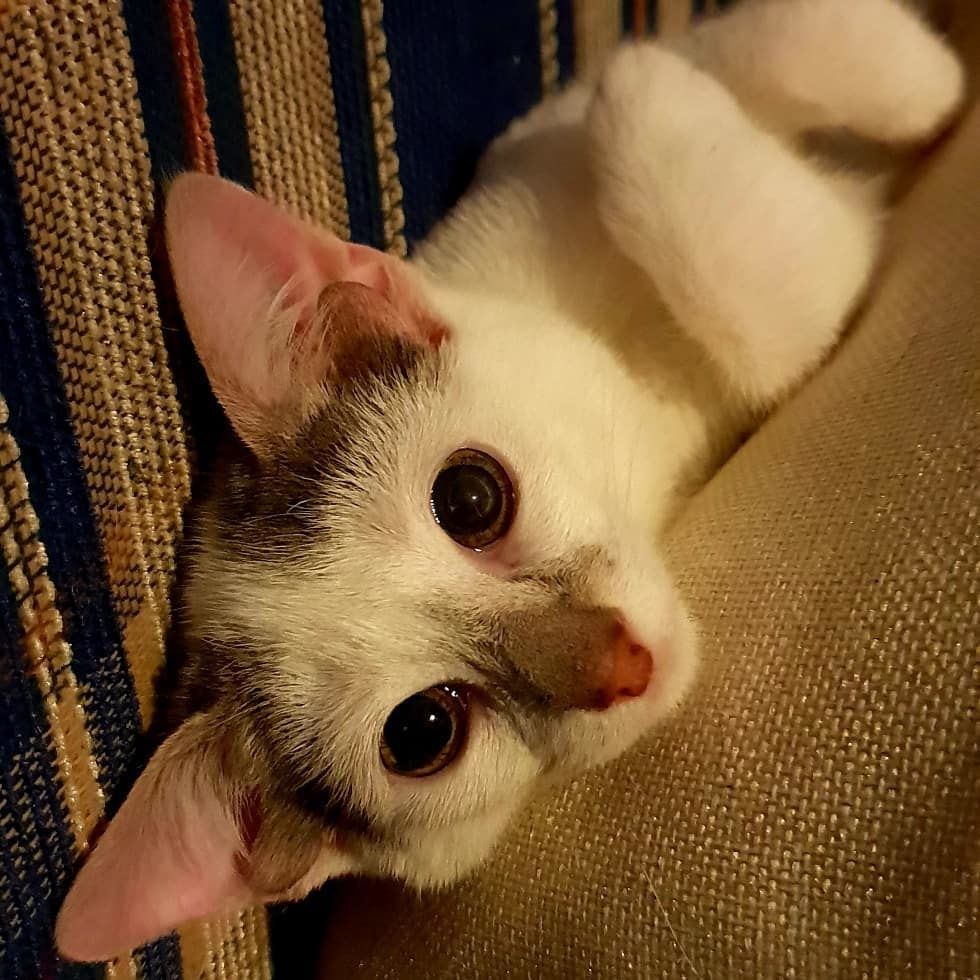 Thorne was a bit shy when he first arrived, but soon after he met Frankie, the big brother decided to spend a lot of time with him to keep him company.

"I am amazed at some of the personality similarities he shares with Frankie that are unique from every other cat I've met," Georgi wrote. "They have the same squeaky sounds that are their versions of meows. They are as sweet and as simple as each other — the same general behaviors and attitudes. Uncanny." 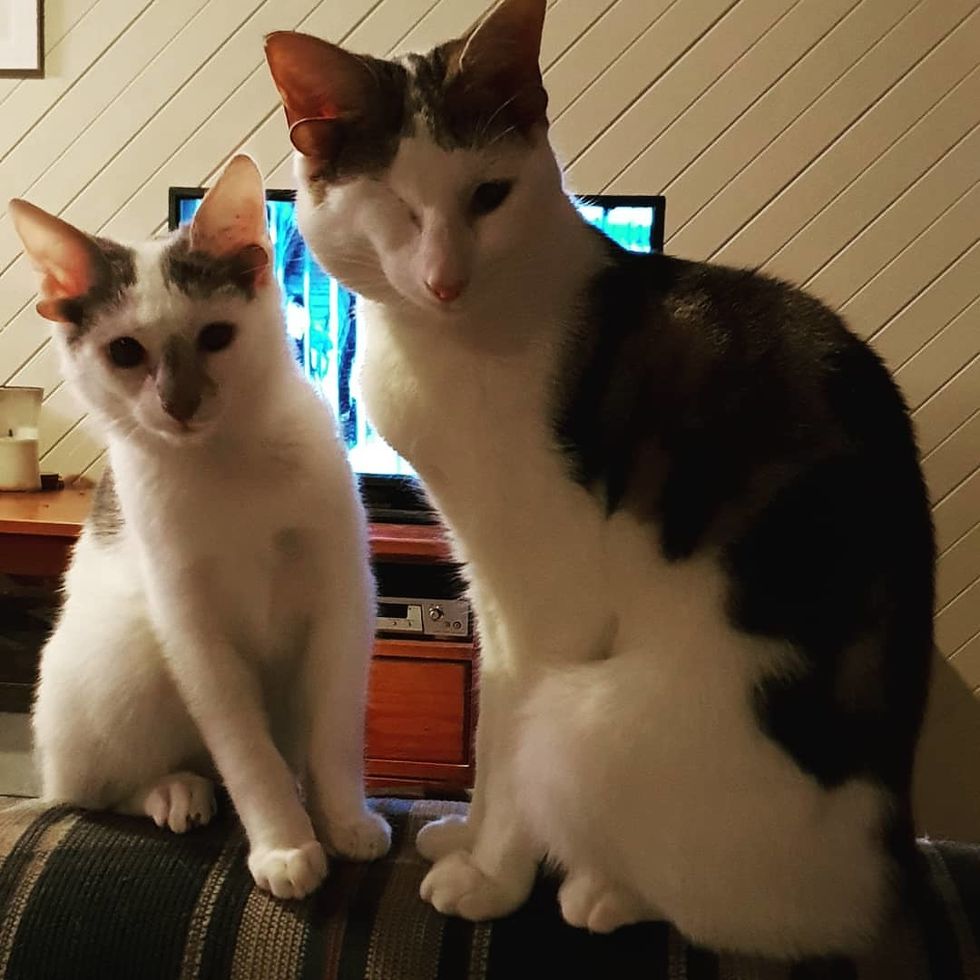 Frankie, who is three months older, enjoyed grooming and cuddling with Thorne. Georgi often found herself waking up to the two brothers side by side.

"Frankie is satisfied just sleeping nearby, but Thorne will take nothing but being held," she said. 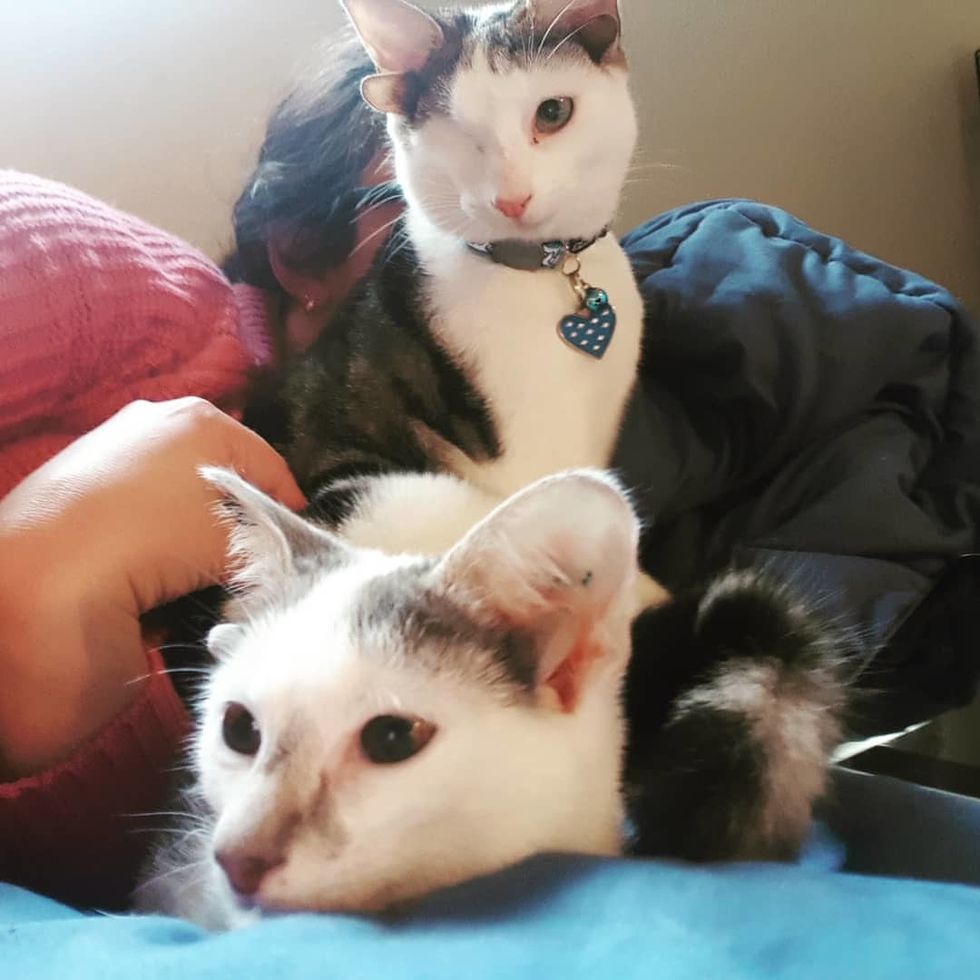 Mina, one of the feline residents, showered Thorne with love and lots of baths. 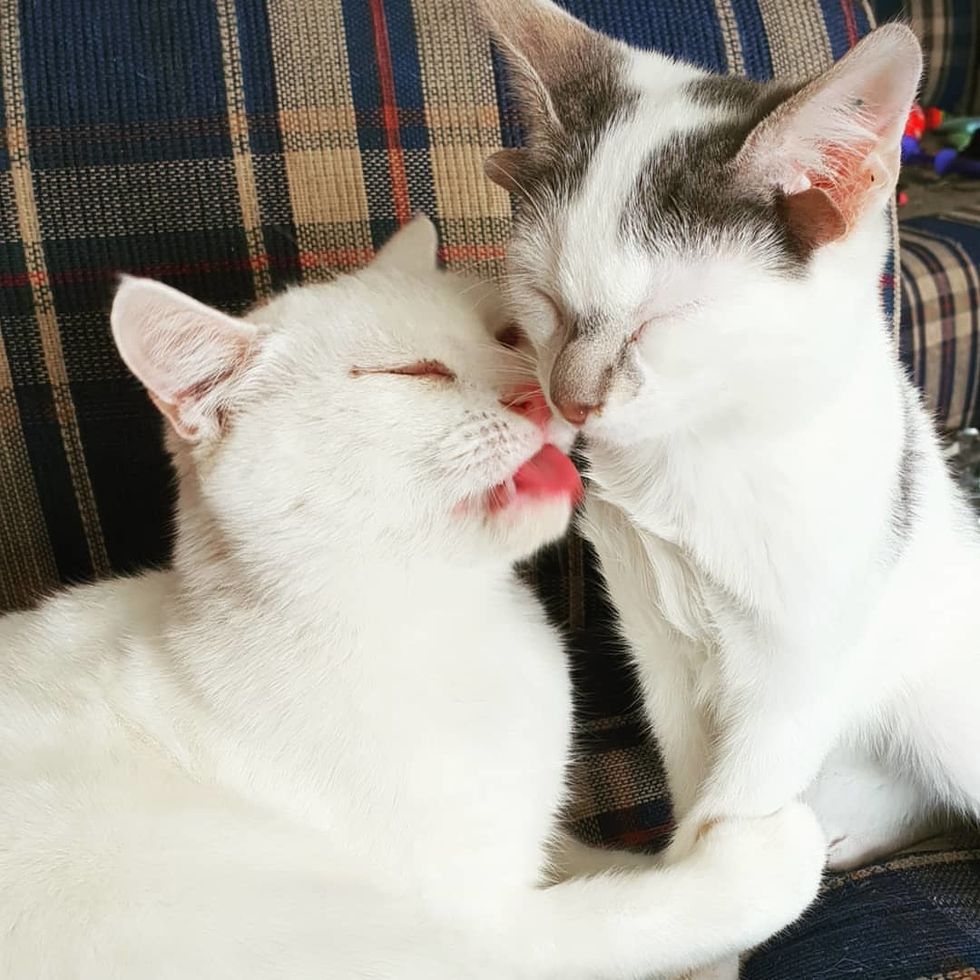 Just like Frankie, Thorne was born with several deformities. "Both are very similar with an overbite and eye issues."

A few weeks later, Thorne was back home with his beautiful family. He had surgery for his eye that had a melting ulcer. "Surgery went well and he will no longer be in pain. He has had the opposite eye to Frankie, removed, I feel like they are mirror image twins now," Georgi wrote. 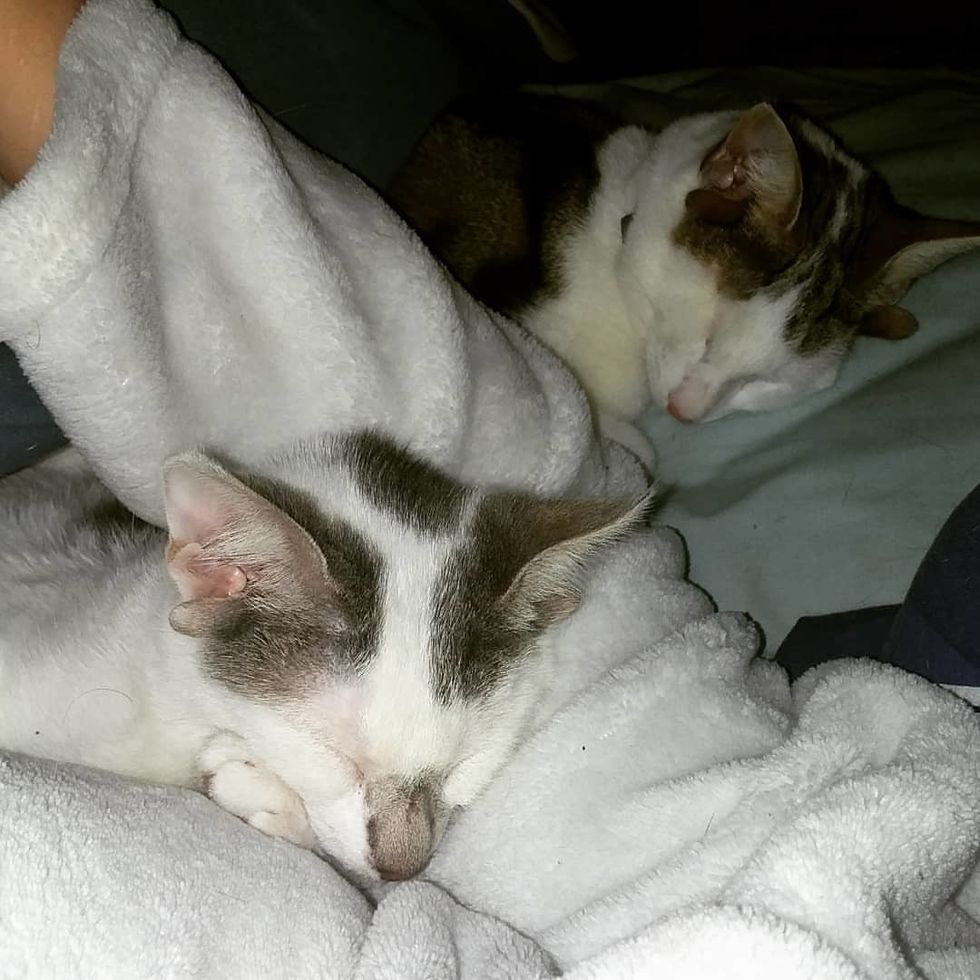 "It's been so special to me to have been a part of his journey - from meeting him at one day old and discovering that he too had Frankie's special features, to seeing him off to rescue, to connecting with his adoptive family and then to having him," Georgi said.

"He is so much like Frankie in so many ways, yet still uniquely himself." 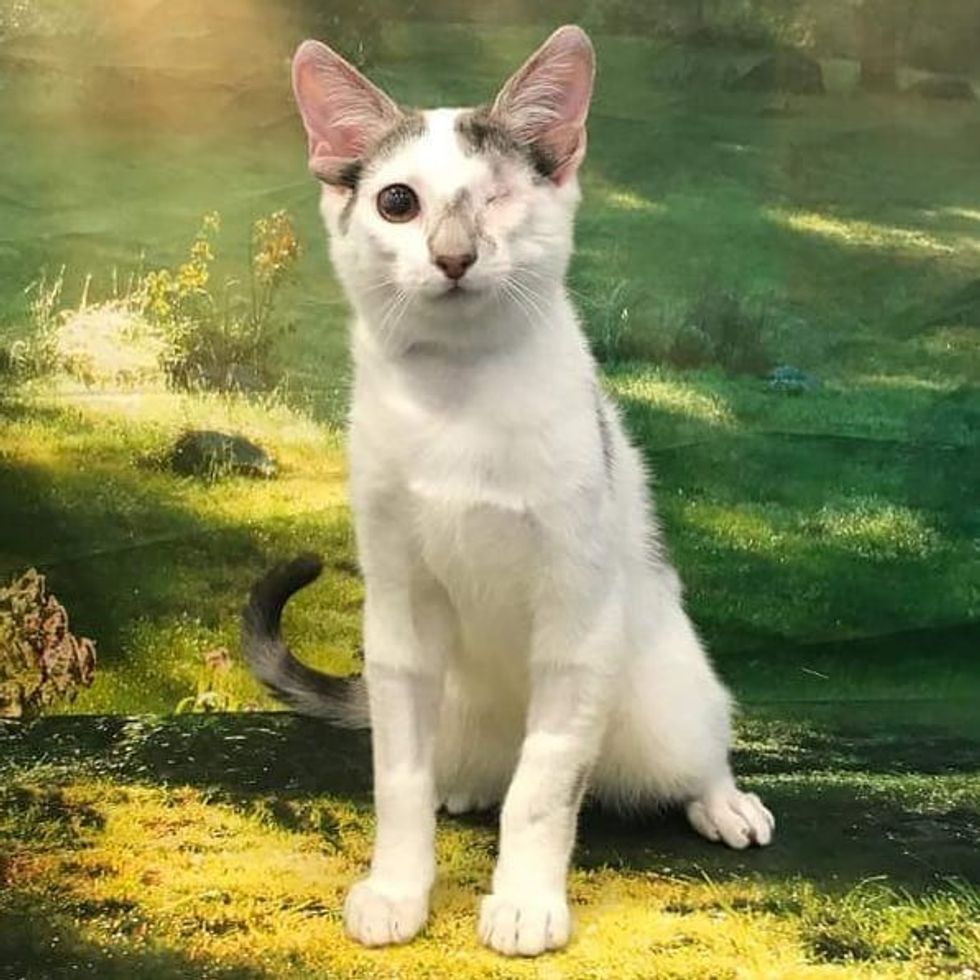