Right before Christmas, two kittens were spotted outside an apartment building in Bed Stuy, Brooklyn, scrounging for food in freezing temperatures. Two Good Samaritans saw the pair and knew right away that they needed to get them somewhere safe and warm. 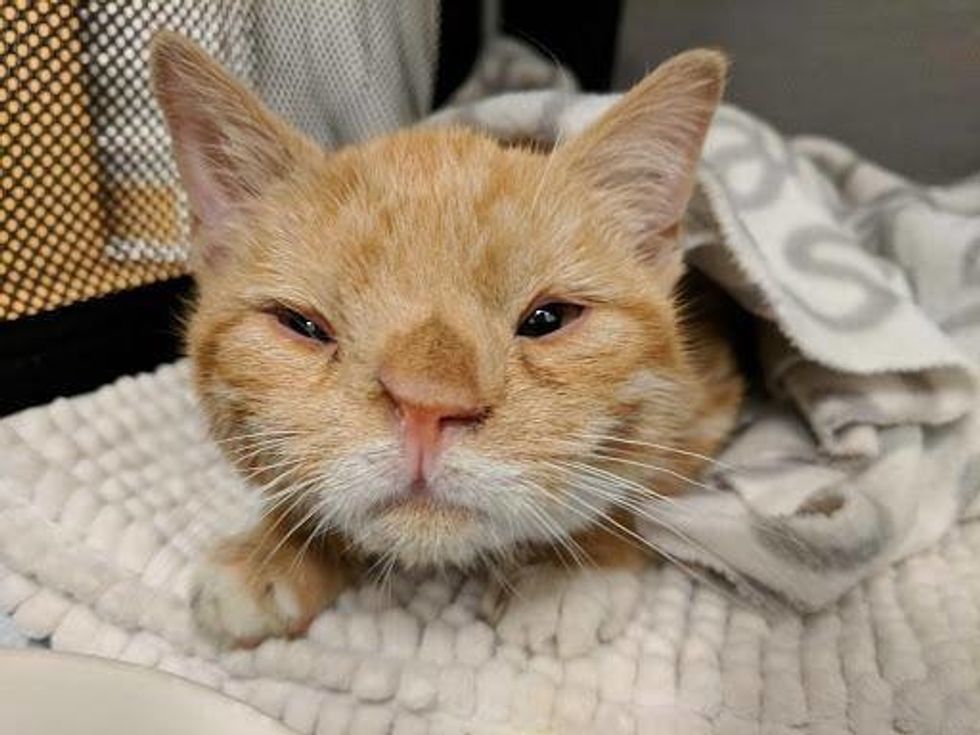 Infinite Hope, a rescue group in Brooklyn, New York, was contacted about the two bonded kittens found on the Brooklyn street.

"The kittens wouldn't come that close to people on the street, so I went with another TNR volunteer and we used humane traps to catch the kittens. It was after we caught them that we realized that their faces look different," Michelle of Infinite Hope told Love Meow.

After a trip to the vet, they were determined to be 4 - 5 months old and both were born with a chromosomal abnormality, which gives their faces a unique look, but it isn't expected to impact their health.

"Daktyl, the orange boy, also has a condition called entropion, where the eyelid rolls inward against the eye." 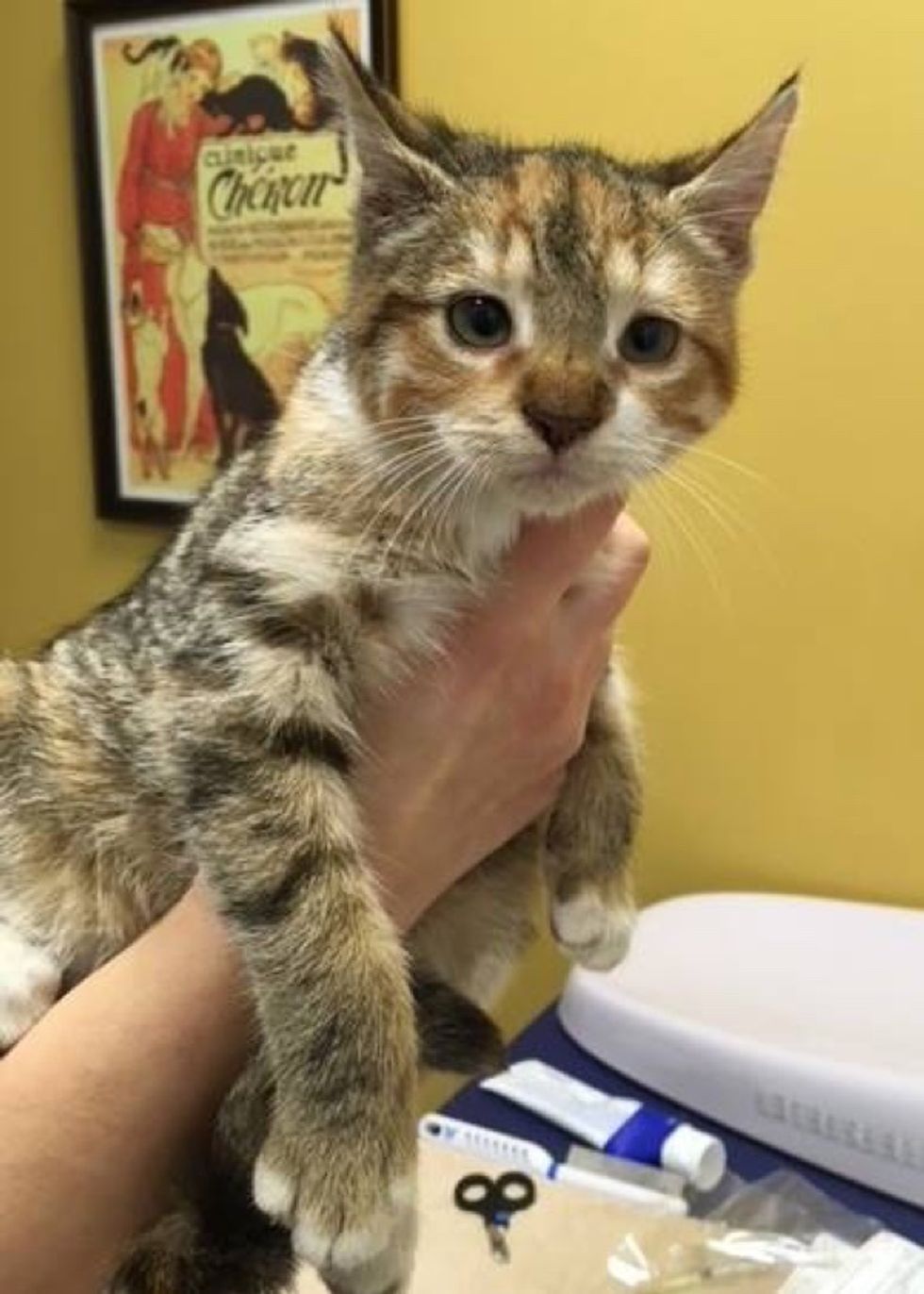 Daktyl was living with constant pain and irritation in the eye. When they were wandering on the streets, they relied on each other for survival. Morela became very protective of her brother.

In order to help Daktyl stop the pain, the ginger boy had some sutures put in to keep the eyelid in place. As soon as he was back at his foster home to rejoin his sister, Morela cuddled up to him to keep him comforted and loved. 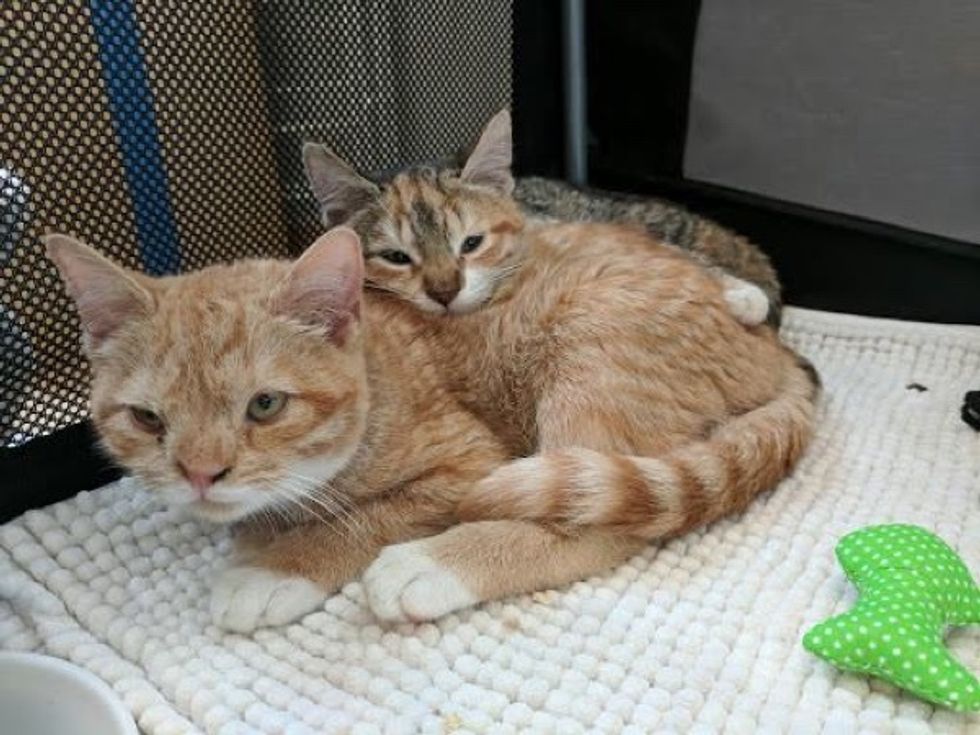 "He's been wearing a cone, that was handmade by his foster family." 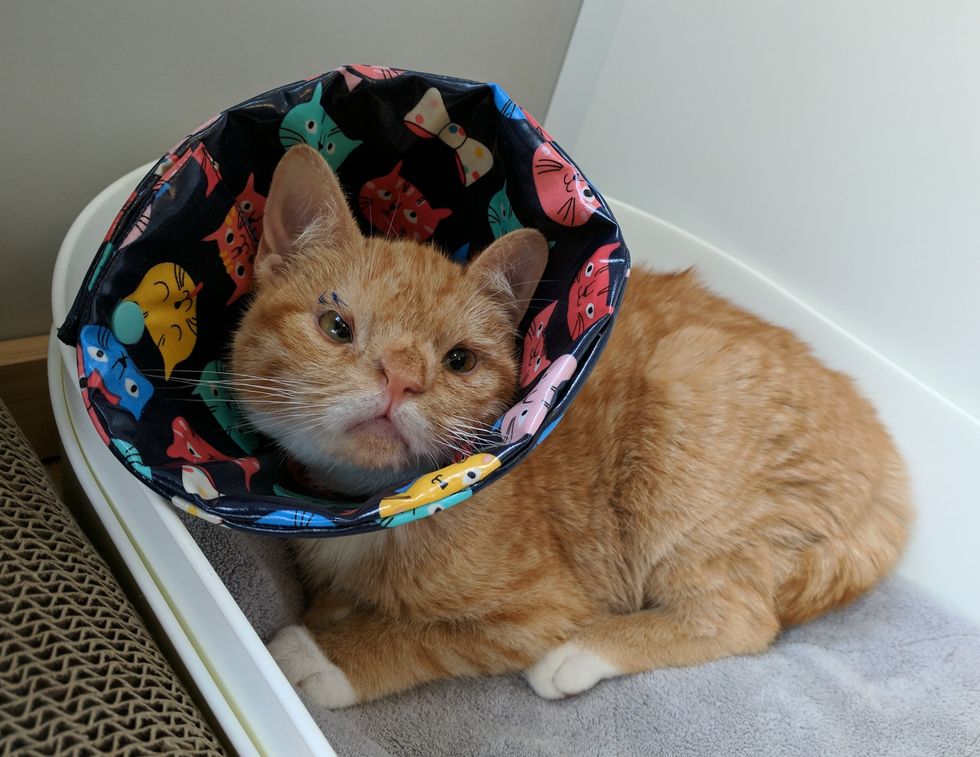 Morela is the braver of the two cats and Daktyl is a little shy and needs a bit of time to warm up to people. "The fact that they were as mellow as they were makes us think that they may have been indoors initially and then put out on the street," Michelle told Love Meow.

Morela reassures her brother that they are safe by snuggling with him whenever he needs comfort. They are two peas in a pod. 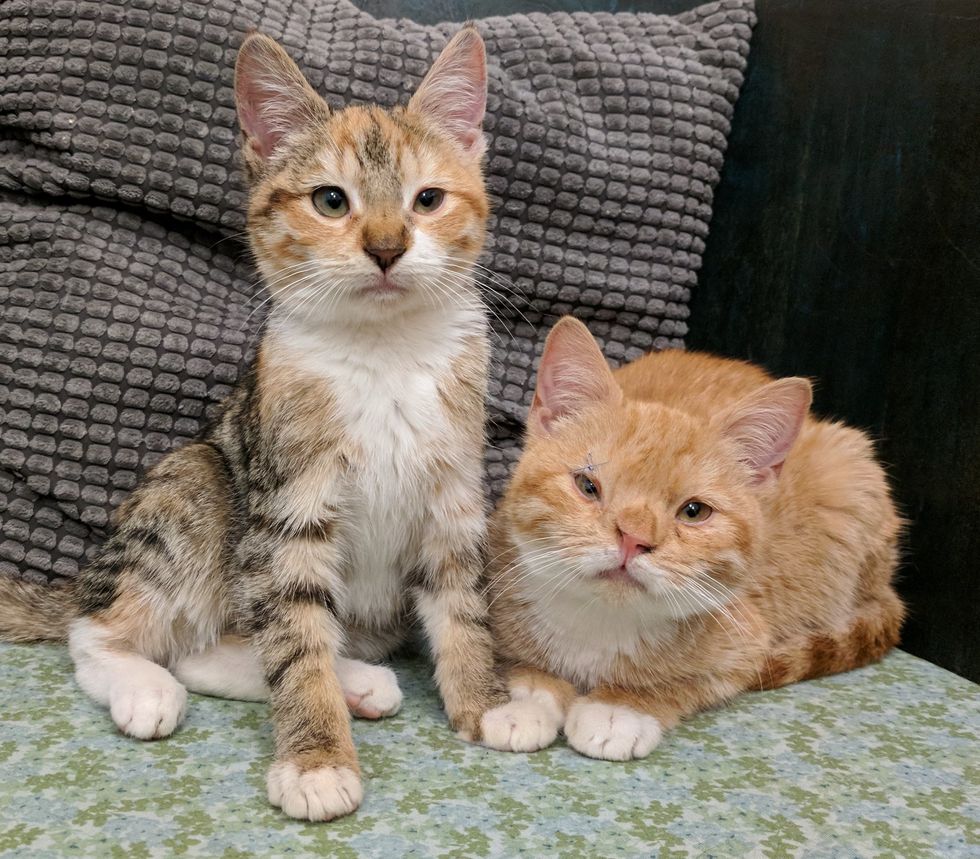 "He is definitely comforted by being with his sister and we are planning to adopt them as a pair," Michelle told Love Meow.

Sweet Daktyl fell asleep while snuggling with his sister. 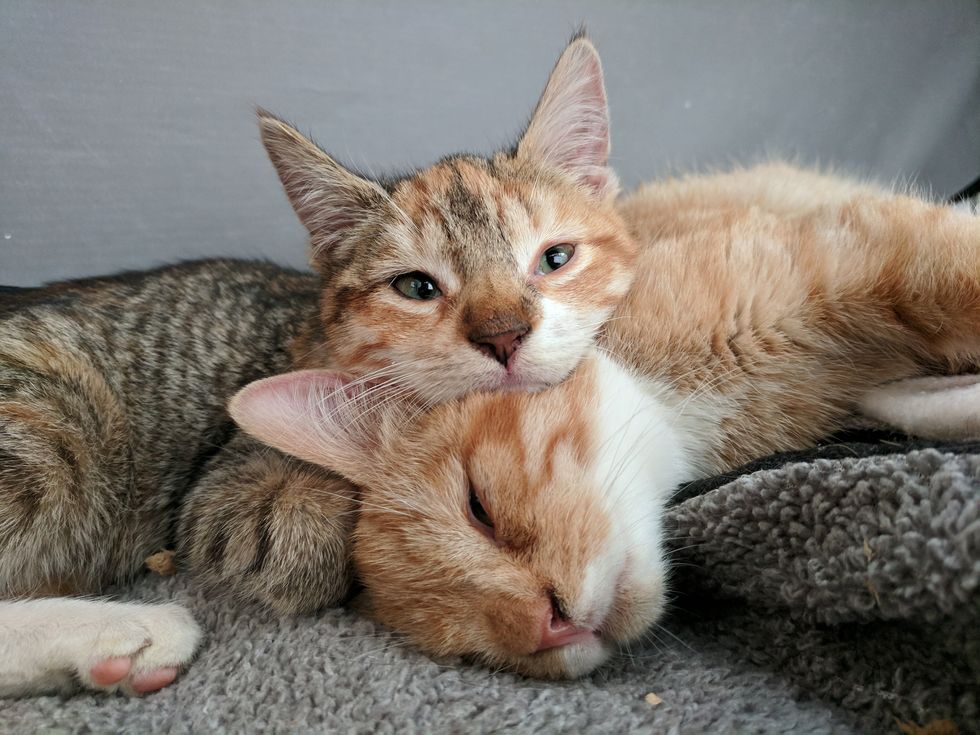 After the eye procedure, Daktyl is feeling so much more comfortable and happier. 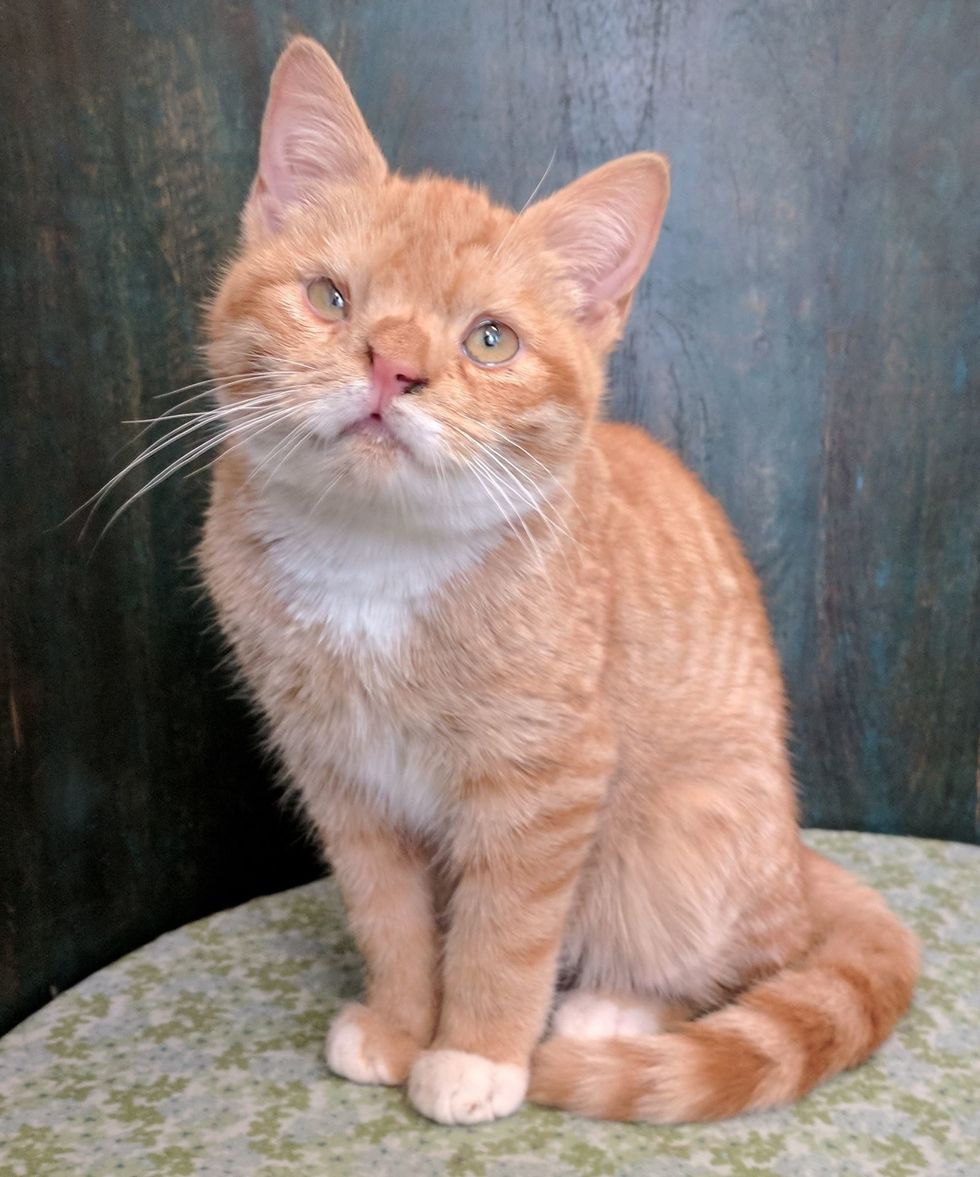 The adorable duo no longer worries about shelter and food. They hope to find a forever family to share their cuddles with.

Sweet Morela continues to look out for her brother as his protective sister. 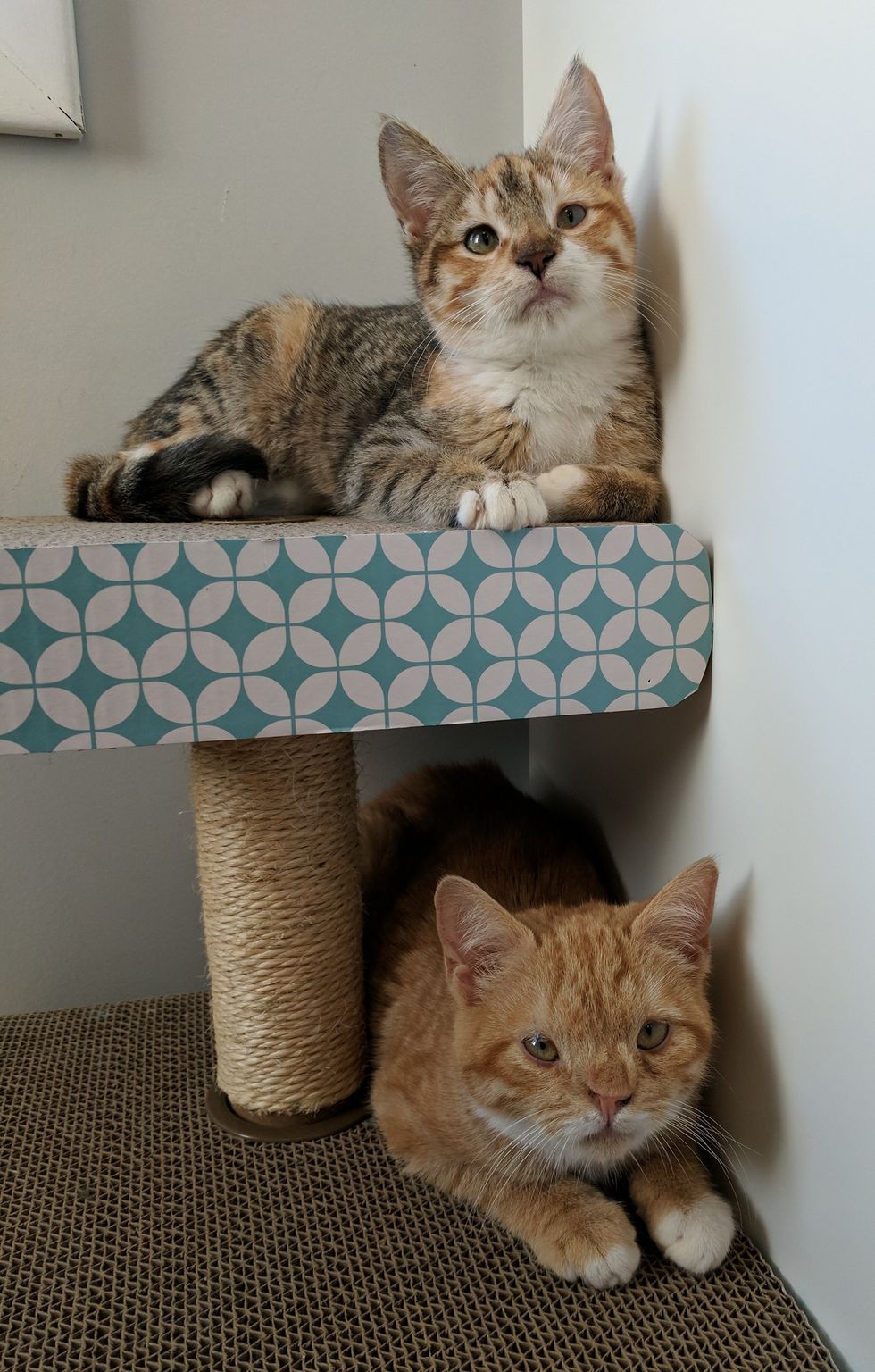 Morela and Daktyl have been adopted!

"We are just thrilled to see these kittens going from scrounging for food to soaking up love." 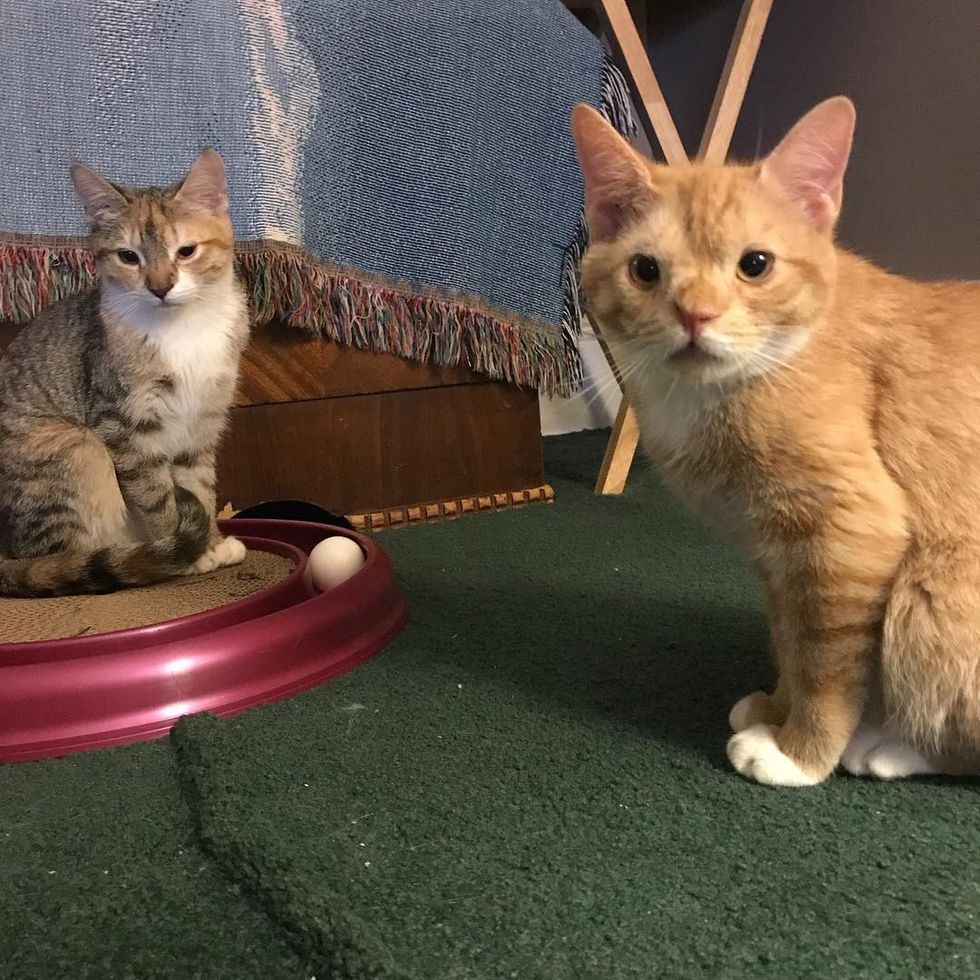 "Morela and Daktyl are doing really well in their new home." 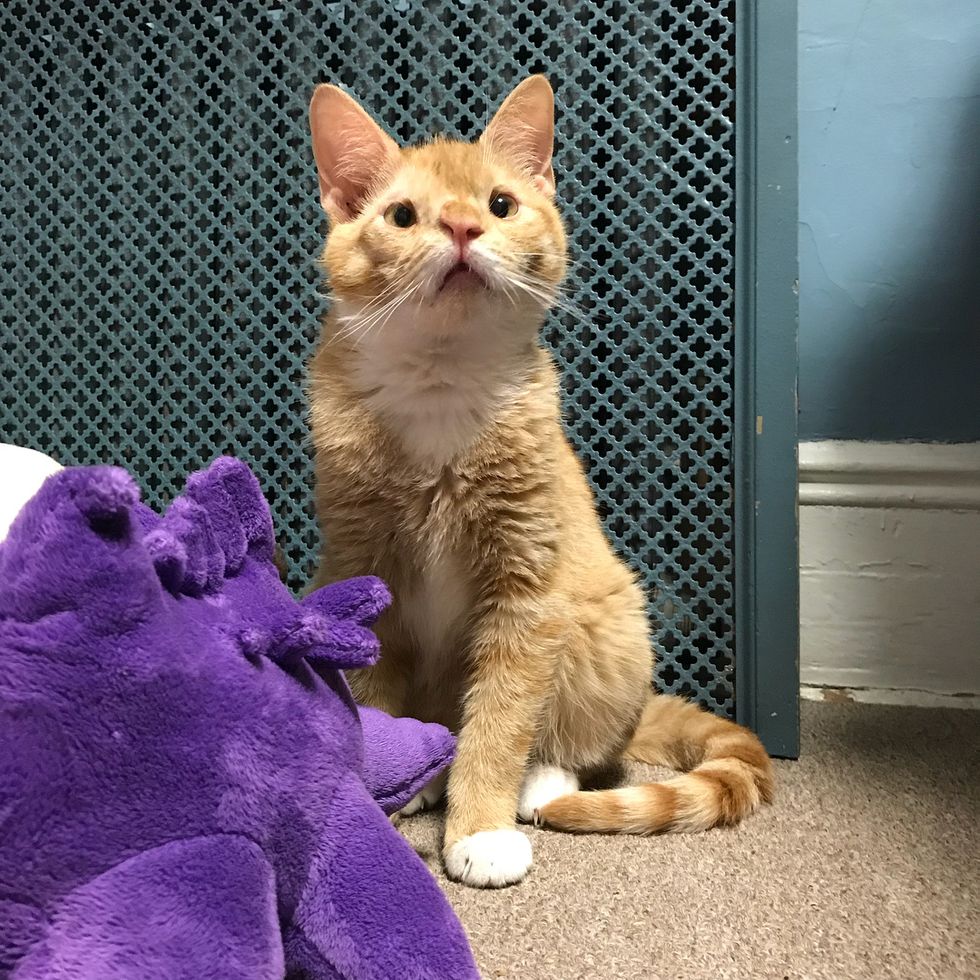 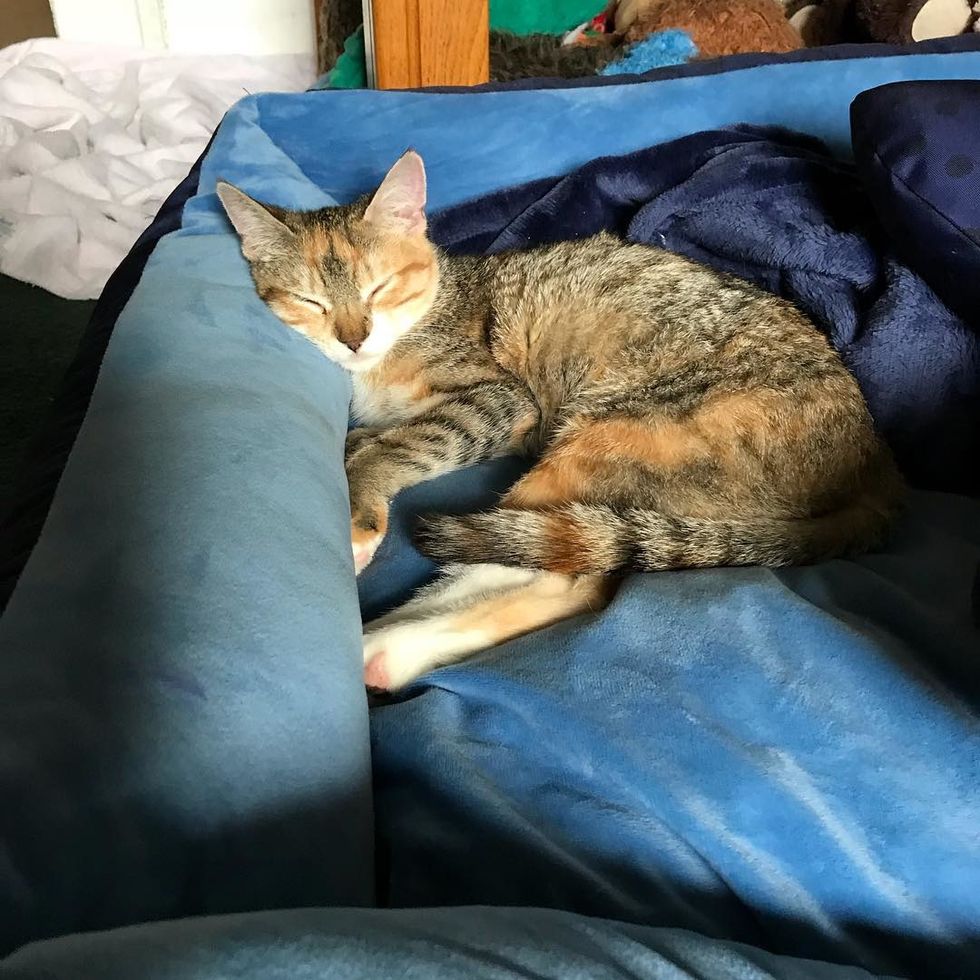 Related story: Sister Kittens Wrapped Around Their Little Brother and Save His Life