Brianna and her mother adopted a pair of kittens but ended up going back for their little brother as they knew that they couldn't be separated. 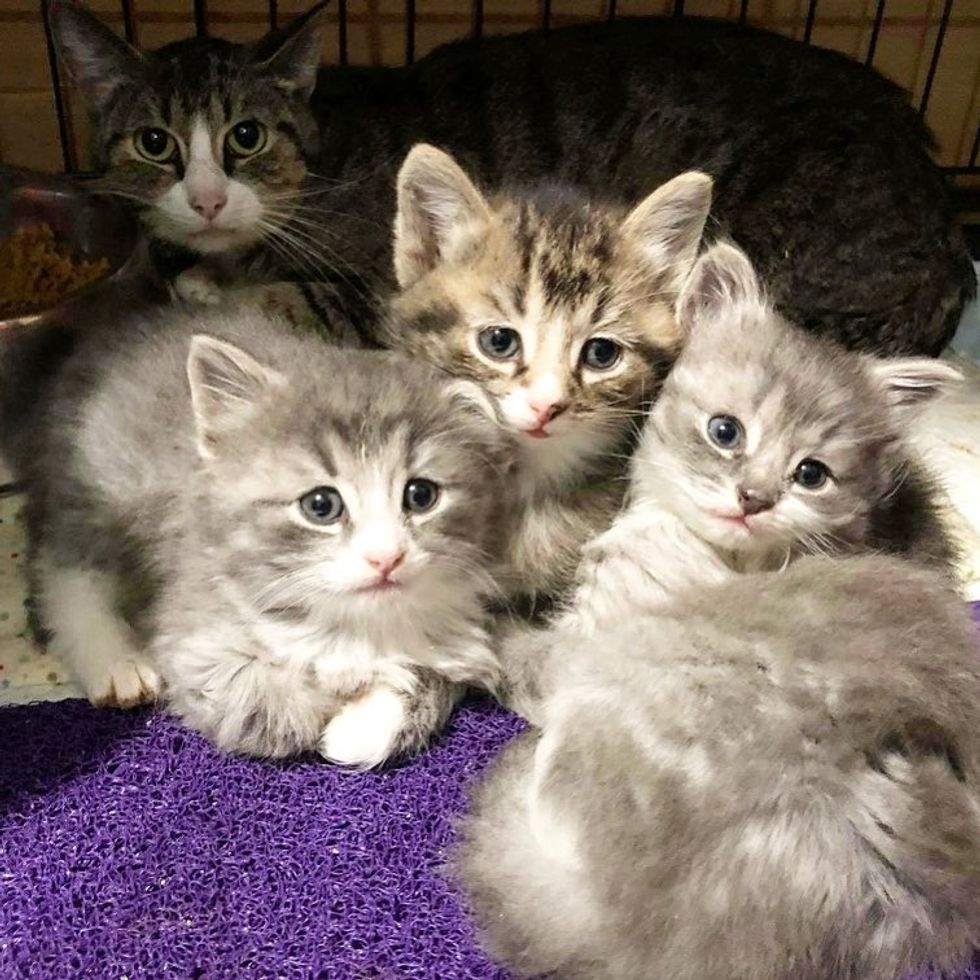 Early this month, Brianna's mother learned about the plight of a litter of kittens rescued from a heartbreaking situation. "They were rescued from a hoarding house with well over 20 cats," Brianna told Love Meow.

They decided to give two kittens a home after the family lost their beloved special needs cat, Kimbo.

When they met the feline family, they immediately noticed the close bond shared by the three siblings. The two gray kittens that they planned to adopt, were cuddling with their tabby brother, the runt, sandwiched in a purr pile. The little tabby reminded them of Kimbo as he was also born special.

"We ended up finding out that he is missing part of his jaw," Brianna said. "We fell in love with him, but I felt like my heart could not handle another special needs baby so soon because of what we went through previously." 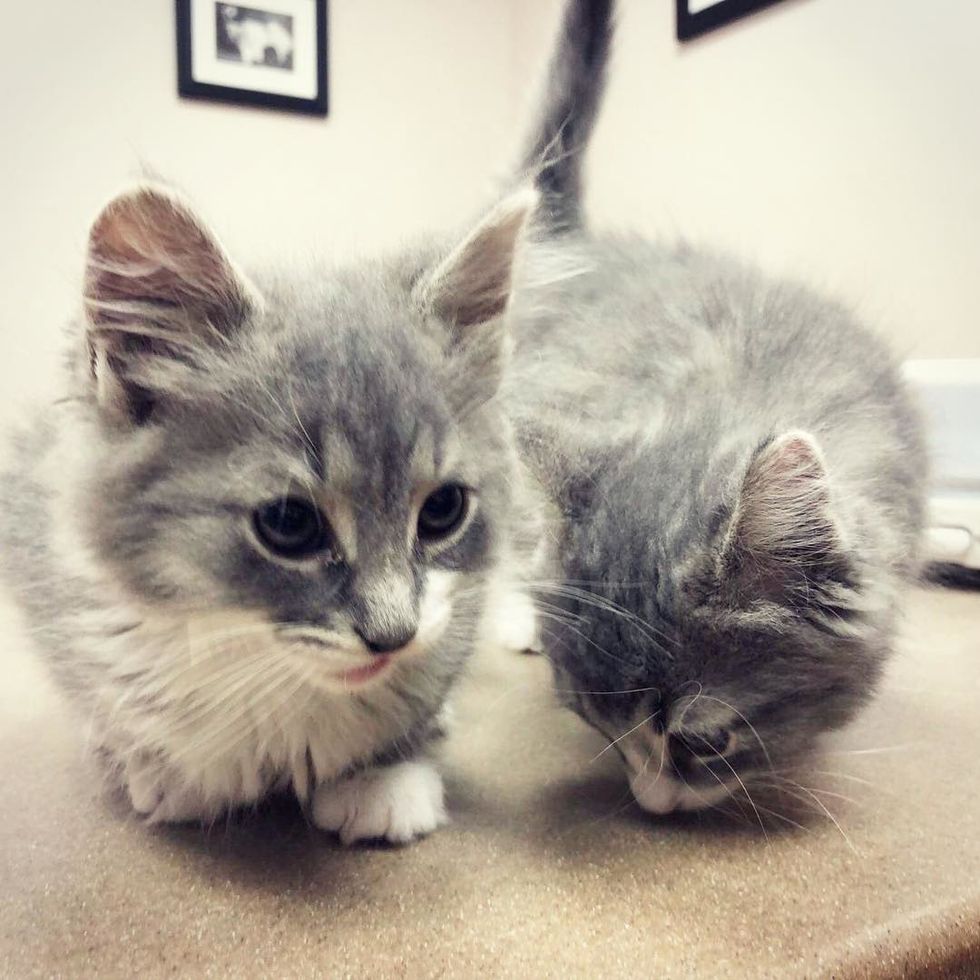 After they came home with the two newly adopted kittens, May and Grayson, they realized that something was missing. Brianna couldn't get the tabby boy out of her mind.

Over the next few days, she noticed that the two kittens were a bit nervous around them as if they were looking for the little brother. 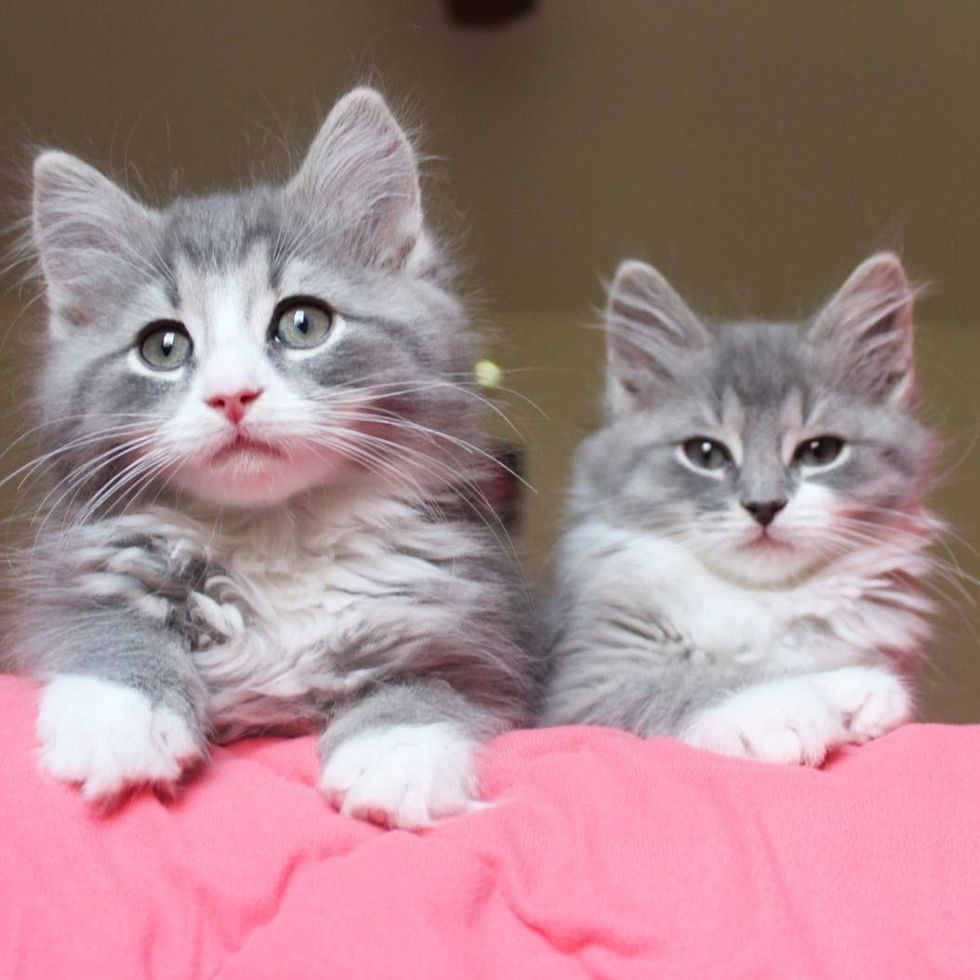 A few days later, the person who was planning to adopt the runt, changed their mind. The tabby was looking for a home again.

"We decided to get the tabby. We knew that it was meant to be, that he needed us and his siblings to thrive, and that we were more than capable of taking care of another special needs kitty," Brianna said.

That day, the little runt was reunited with his siblings. They named him Lucky Jay. 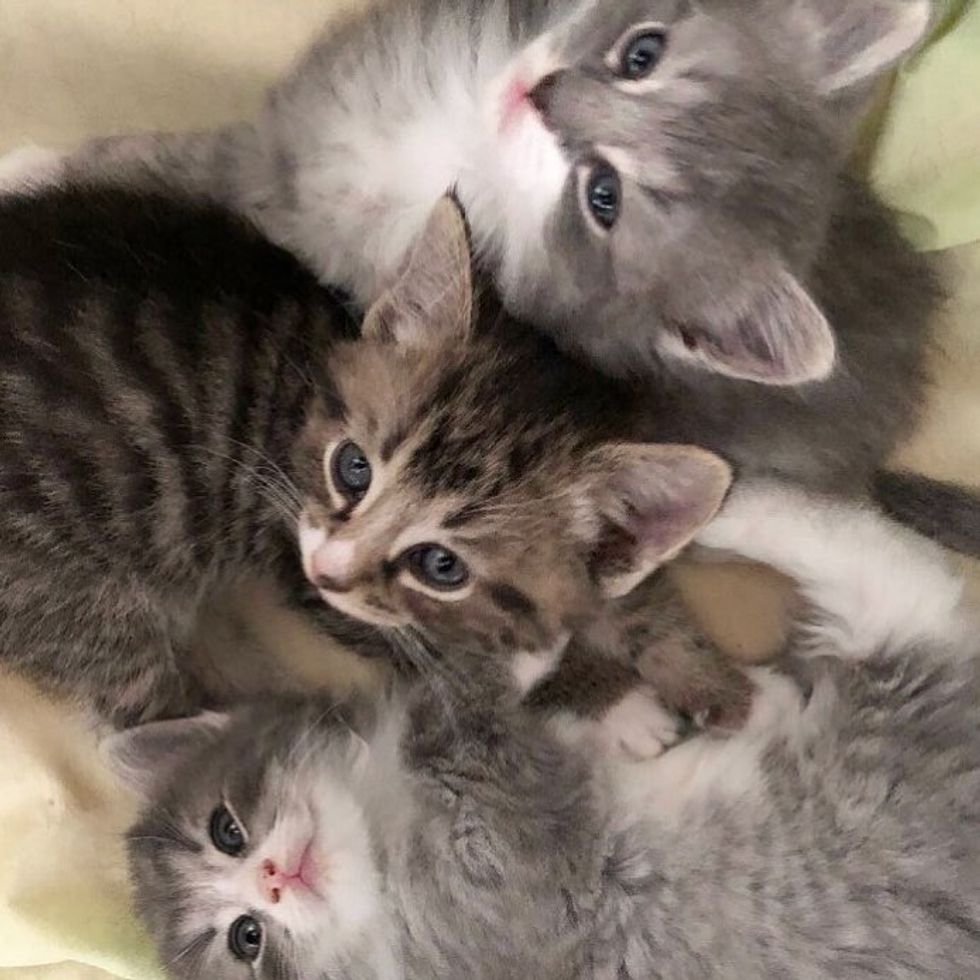 "May and Grayson seemed so much more comfortable when we brought Lucky Jay home," Brianna added. "Everyone was so happy and exploring together."

Since the trio got back together, they have been completely inseparable."They all sleep with me every night and are always cuddling. They clean each other and are always playing," Brianna said. 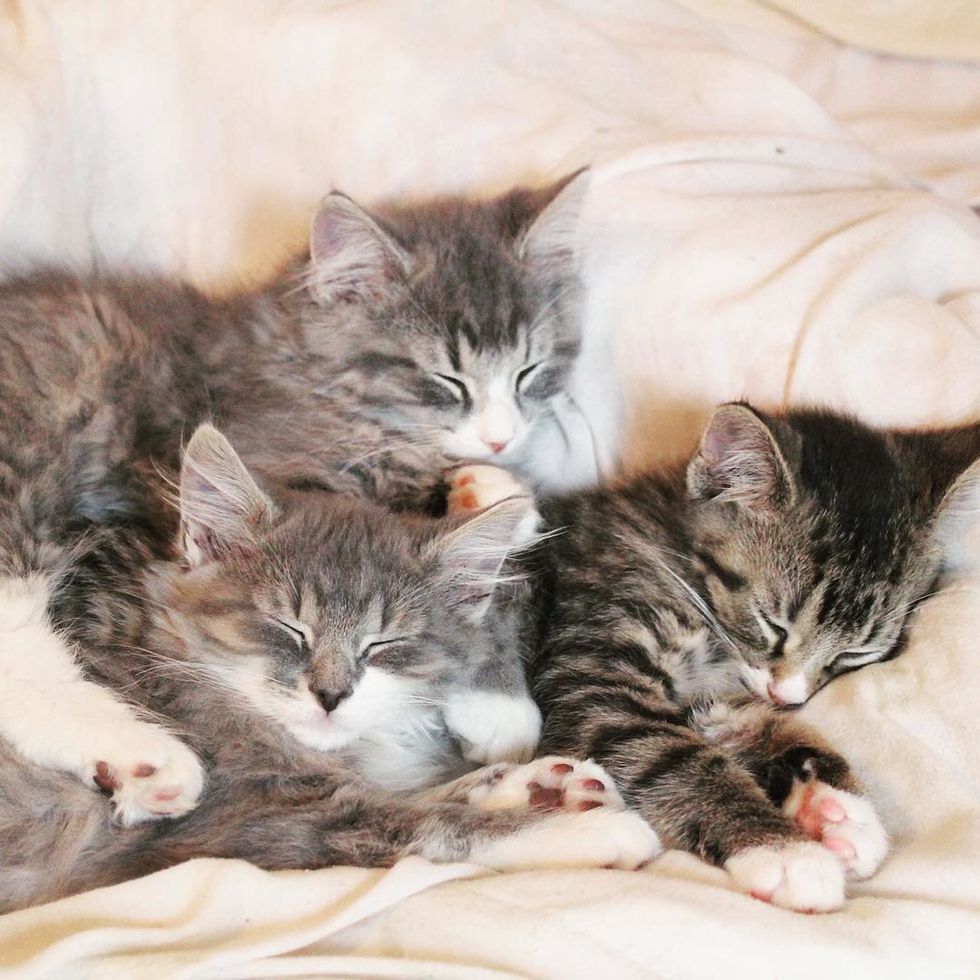 "LJ is the runt of the litter. He is significantly smaller than May and Gray, but he still holds his own and growls at them if they try to come near his food. And missing part of his lower jaw does not stop him from play biting them!

"He loves to be on our skin just like Kimbo did. I think that's because it keeps him warm since he weighs less. He is also super fast and hard to catch sometimes! He definitely does not let his deformity define him. He acts just like every other kitten!" 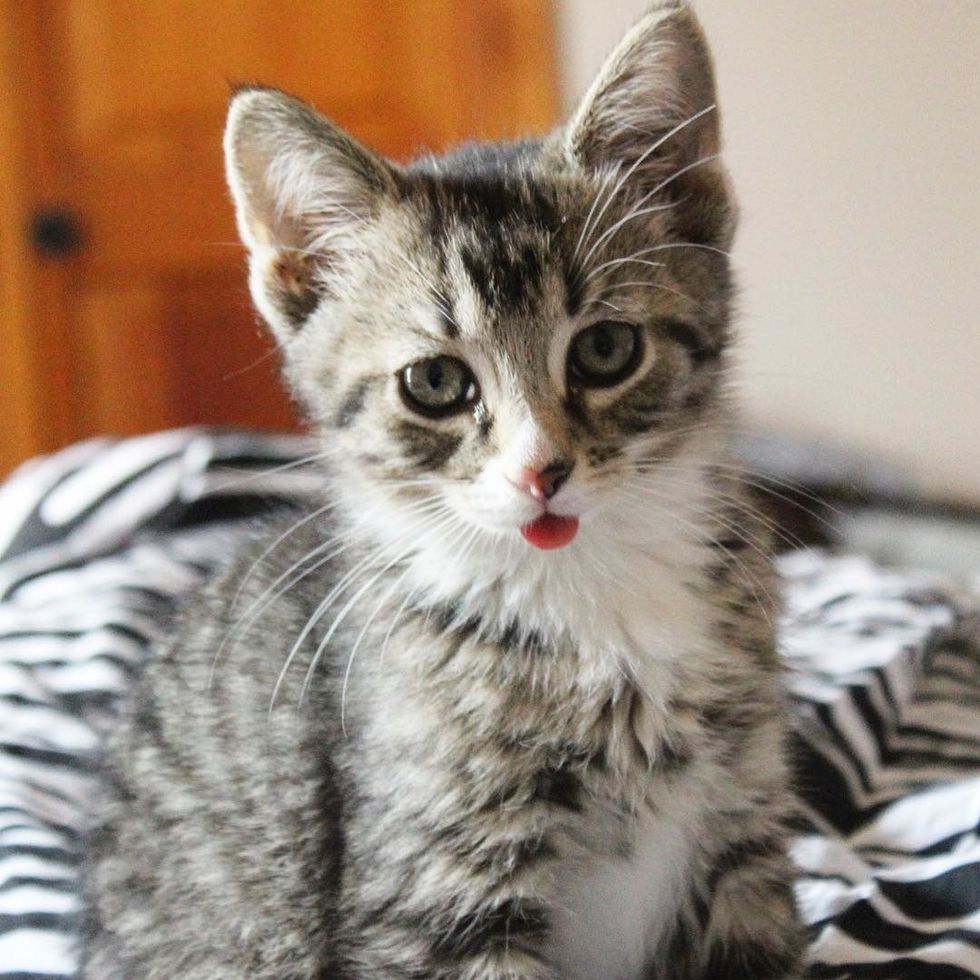 "He is missing part of his lower jaw so his tongue hangs out at times."Brianna @chancetheragdollandkimbo

"We are so happy we kept their little family together," Brianna added.

Wherever Lucky Jay is, his siblings are always nearby. 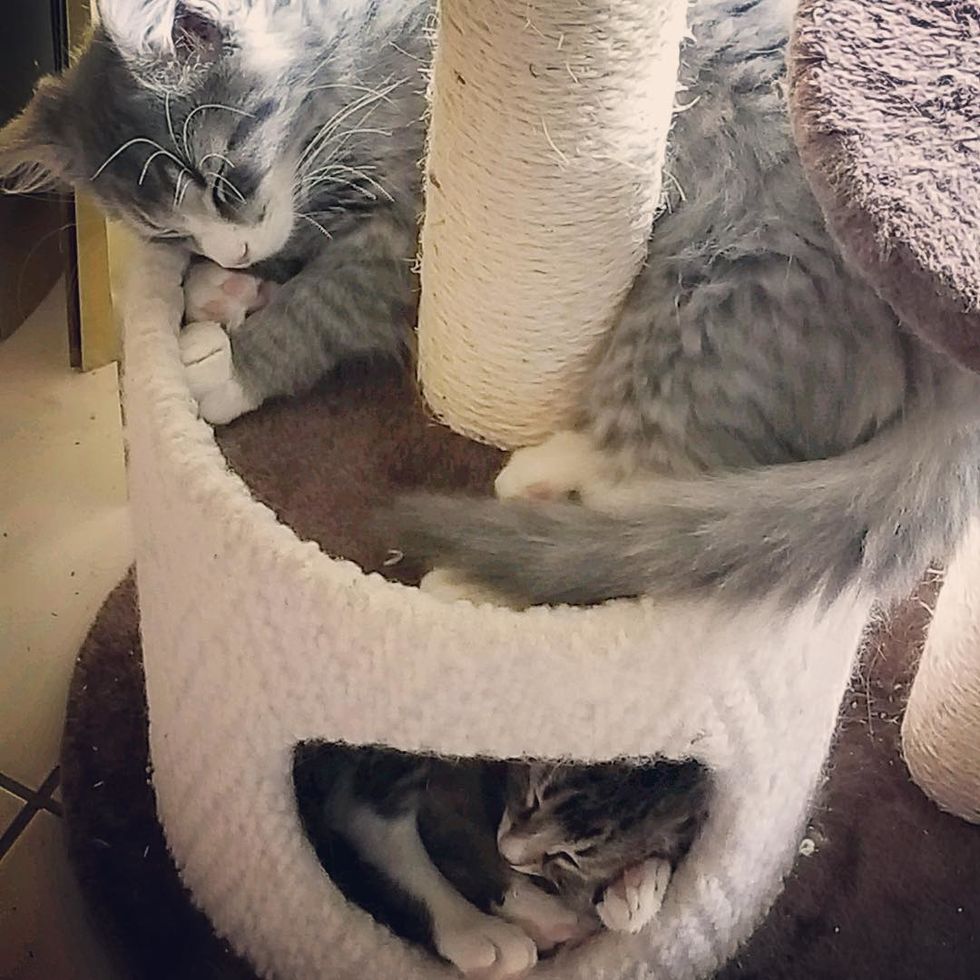 "Our older cat Chance is loving his new siblings and has taken on the big brother role. We call him their babysitter."

Chance gives May some much-needed cuddles. 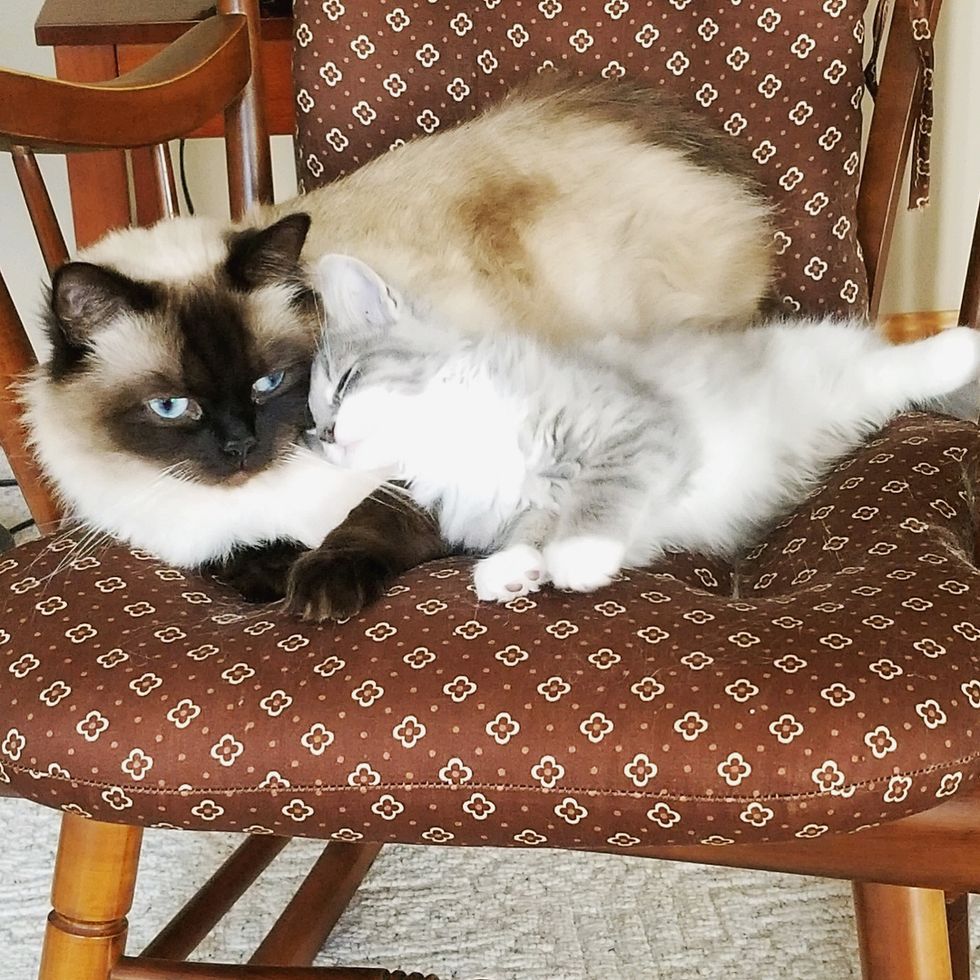 They went to adopt two kitties but ended up getting all three so they could be together forever. 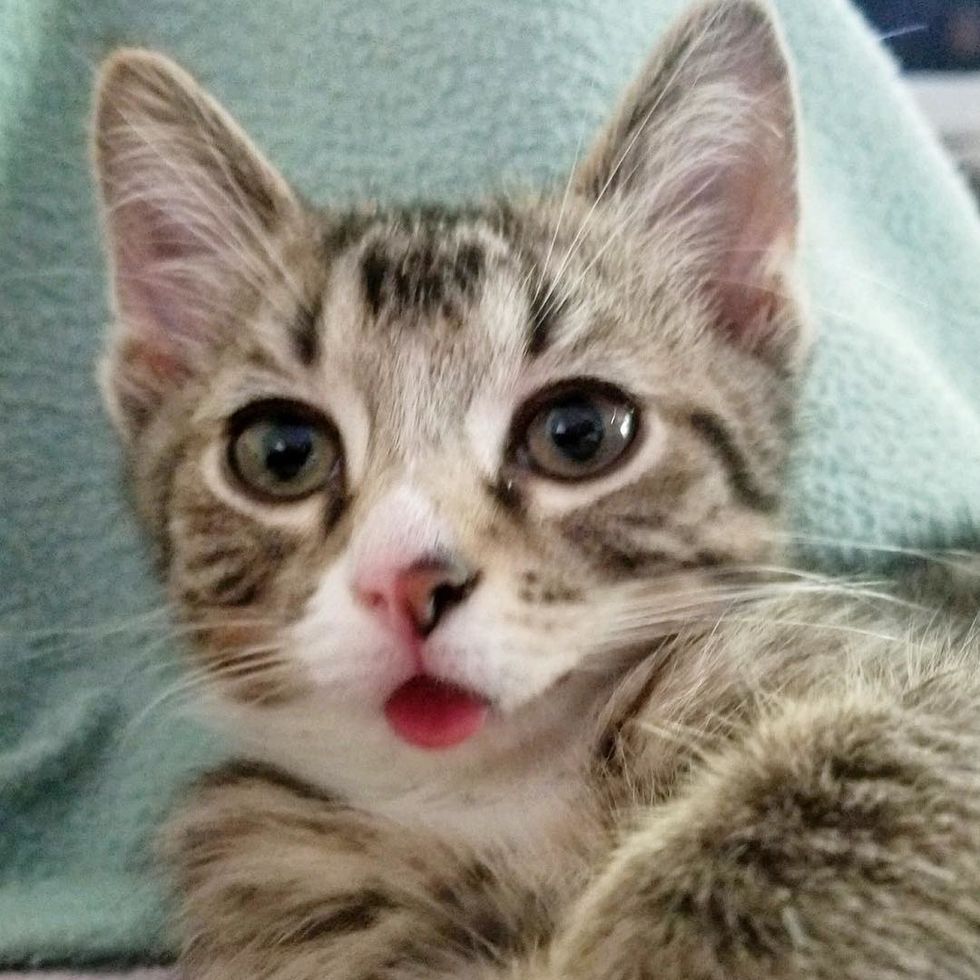