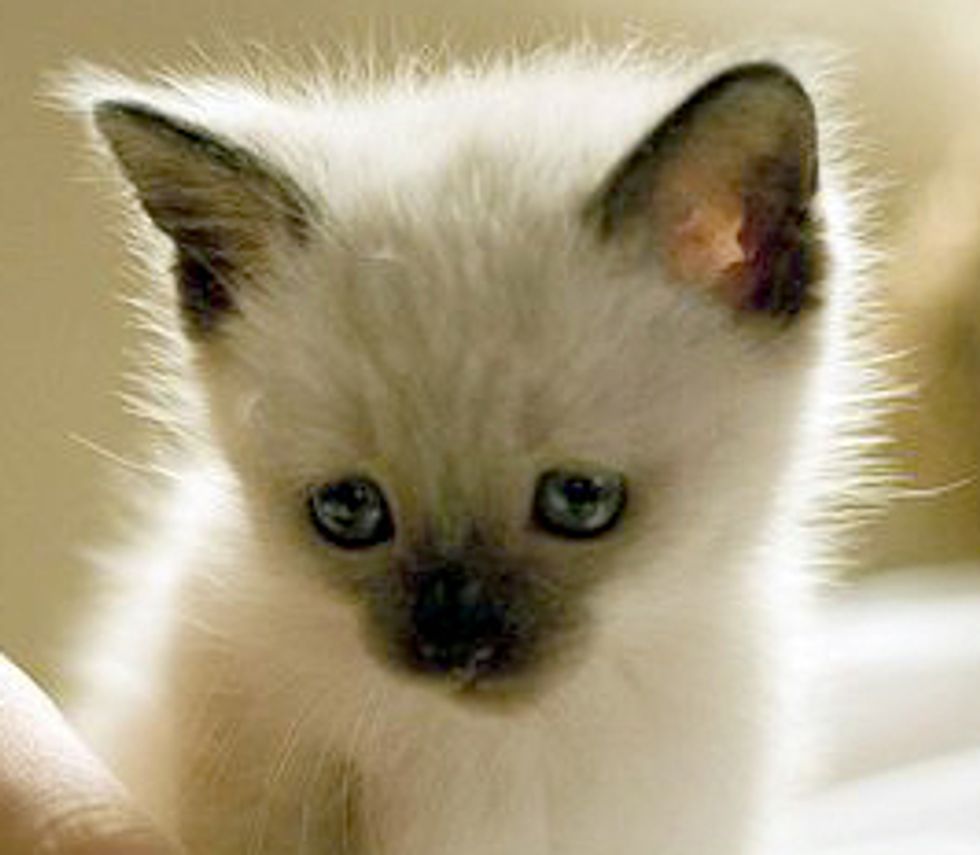 We have two young cats in the household, both boys, both named after ski resorts out west (Grand Targhee in Wyoming and Alta in Utah). We adopted Targhee in June at about 2 months of age. We decided a dog was difficult with our work and so we got a cat despite my allergies (very allergic to cats). We thought Targhee must be lonely when we're away so we decided to get him a playmate.

We saw a litter of kittens looking for homes on the internet. I was told that there was a male white kitten with pink eyes and I could come see the rest of the litter and pick out a kitten. I told them that that wouldn't be necessary. We'd be absolutely thrilled to take the little white albino kitten. We waited for a few weeks until the kitten was big  enough to take home. We had a few weeks to research and find out what we'd be dealing with. Albino kittens are often deaf or blind and they can't go outdoors. We were going to name him Powder.

The week of pick-up, I called the gentleman to arrange a time to pick up the kitty. When I did, he excitedly explained to me the kitten now has blue eyes. We were very interested in seeing what this kitten would look like. Powder white with blue eyes?

We finally arrived to pick up little Alta, and find out that his white fur had changed and he has the markings of a "seal point". He was just the cutest little thing. We brought him home Halloween weekend. He was around 2 months old. No longer pure white, we figured "Powder" was an inappropriate name. We weren't convinced he was a boy, so "Alta" became a suitable name.

Targhee wasn't too happy to have a rival in the household. Upon Alta's arrival, Targhee became somewhat hostile. Poor little Alta didn't understand the hissing and violent attacks. We actually had to sleep separately for a few weeks to ensure that both cats were cared for and safe - and because my allergies were really bad with the new kitten in the house (I'm now taking shots). Courtney (my boyfriend) awoke one night to Targhee crawling to the side of the bed. Targhee pounced from the bed to the floor intent on tackling a completely unaware Alta on the floor. Courtney caught him mid air before he could attack. Eventually, Targhee warmed up to Alta after he realized we still love him too. Now Alta is the instigator of many play fights and poor Targhee just tolerates the other's energy and enthusiasm.

Now we often find them curled up on each other on the guest bed (except the extremely frigid nights here in Boston- they've been sleeping between us in bed cuddled up to each other). [See video below]

Targhee and Alta loving on each other. Notice how they wrap their arms around each other so gracefully