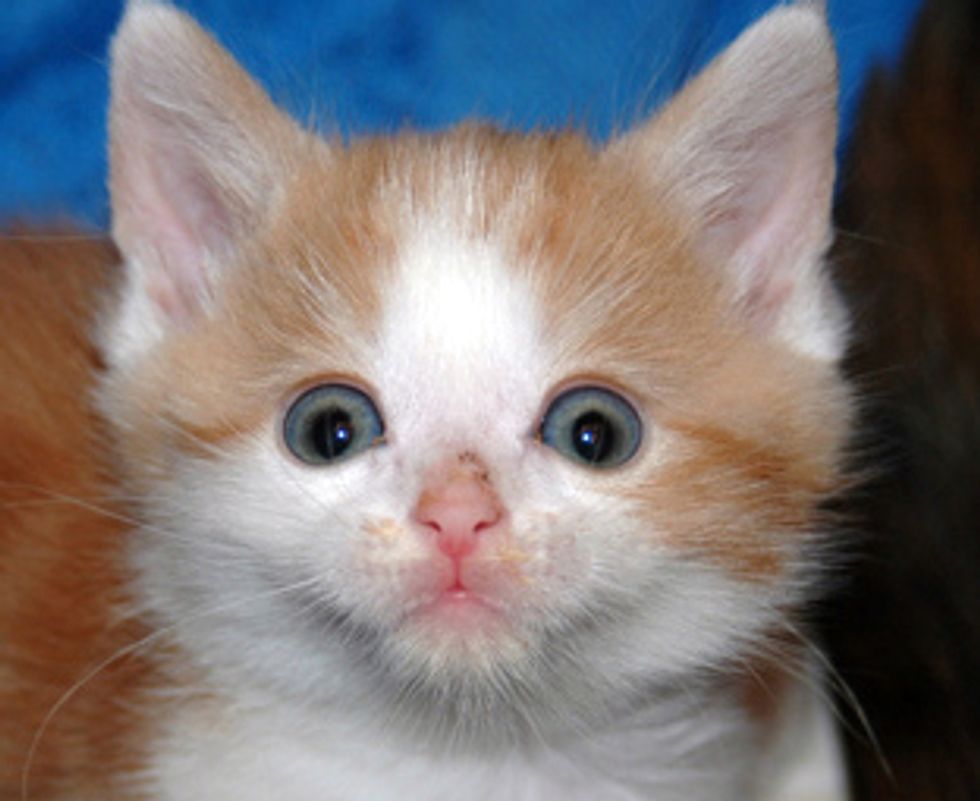 This litter of kittens and their cat mama who lived in the dumpster previously had their first white Christmas together at their foster home. "They got a new jingle-feather-ball on a stick, which they've been jingling non-stop for many hours now and one of the kittens Chaucer allowed us to put a tiny Santa hat on him for a little bit. We took a photo and used it as a Christmas card to send to his vet and the shelter," said Jess, their foster mother.

The kittens and their cat mama are doing much better, but it is not surprising to Jess that some of them have gotten sick because of their previous living conditions. "We had to put them on antibiotics. Now they have been off those for a few days and so far so good," said Jess. Chaucer ended up with an infected eye and is staying with Jess for at least another month longer than his siblings. "For now he has to wear a tiny e-collar made out of a small paper plate (because they aren't any tiny ones for him), and we are giving him special eye drops."

"The Mama cat (Noodle) was spayed a few days ago and is healing very well. We brought her back here for the holiday since the shelter will be closed for three days. She is a total doll and will make someone very happy since she is ready to be adopted."

Updates on Jess' previous fosters: three tortie girls were adopted and spent their first Christmas in their new homes :) The two black boys are still waiting at the shelter.

Kitten Runs Towards Traffic Near School, Instantly Calms Down in the Arms of a Young Cat Whisperer