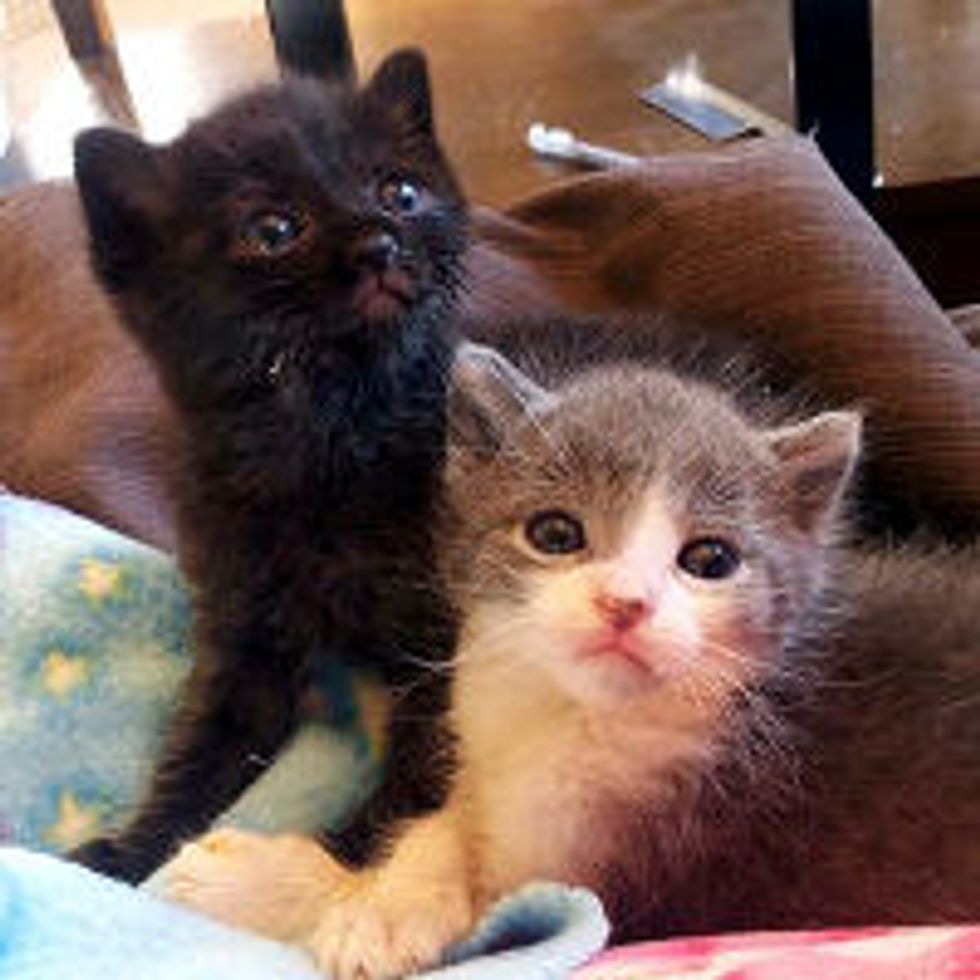 This is a story of two kittens rescued from being very sick to getting better in a matter of hours. What love and care can do to change the lives of these lovely furry babies!

On Friday a friend of a friend (who is now a friend) came over with three bottle baby kittens they found, and planned to keep, for some help getting them going. He contacted me mid-day that one of them had labored breathing, and we Skyped. When I saw her, I didn't think it looked good, but told him to bring her over and we'd see what I could do. Sadly, the kitten passed before he left the house.

A couple of hours ago he IMed me to let me know the other two were listless now, and I told him to come right over, which he did. I subqed them, tube-fed them, and gave them each some Karo on the gums. The boy responded pretty readily, after a half hour or so. The girl was totally limp for probably a good 90 minutes, and just started showing maybe some interest in sticking around to see what her story might be on this world...

It's like they're totally different kittens. Totally alert and tromping and wondering what all the fuss was about. Grey boy sucked down 13ccs all on his own, and Eve took down 5 naturally, and is about to get a few more via tube until she is up to snuff :)

Less-cautiously optimistic for them now. Keep the good thoughts coming :)

They came to Kimberly as listless sick kittens

In a matter of hours, under their foster care, they got better and healthier

Weighing in for the first time