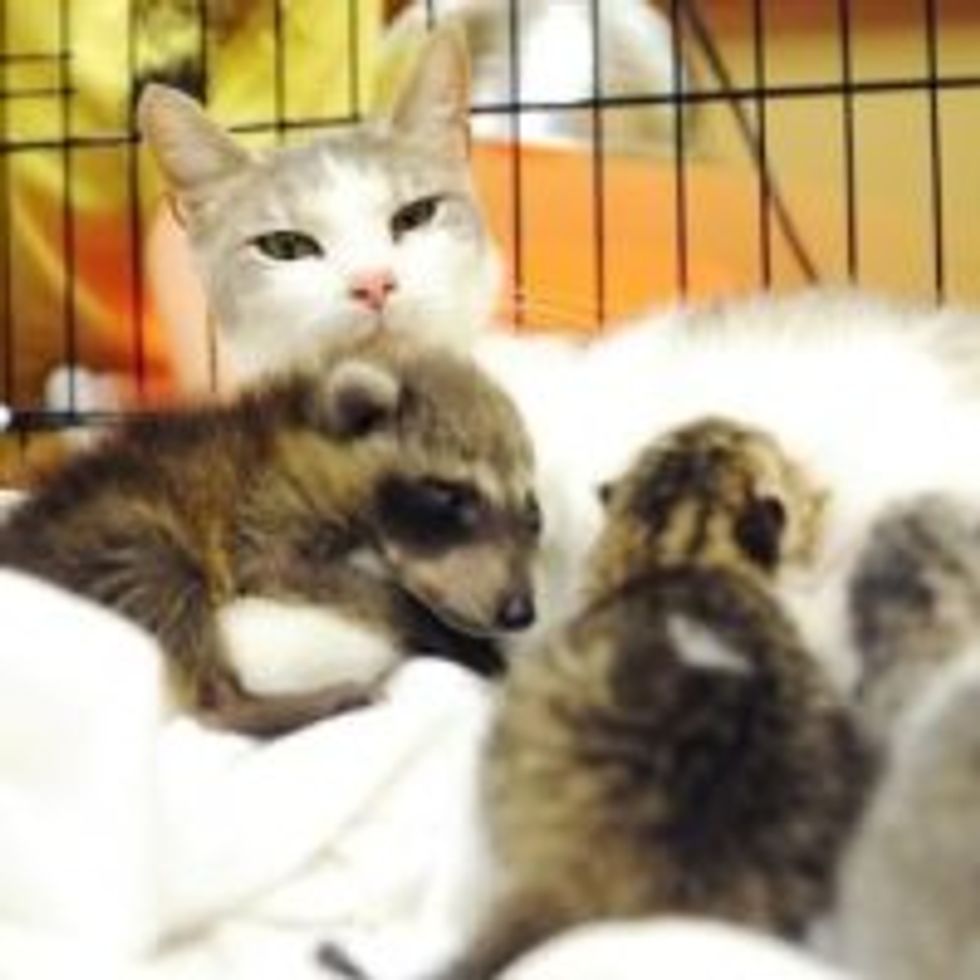 10 month old mama cat J.J. fell in love with a rescue baby raccoon when they were placed together at the shelter on Monday, April 2. A mother's instinct kicked in, J.J. adopted the orphan raccoon immediately after they met and started nursing and cleaning it as if it was her own.

J.J. arrived at the shelter in Jonesboro, Arkansas with two of her own kittens. On the very same day, an Animal Control officer rescued a 2 week old baby raccoon, but he had trouble feeding it, so the officer decided to place it next to the mama cat, hoping she would accept the little one. It was love at first sight for both rescues.

"We were having to feed him around the clock every two hours and had to clean him up, now the momma cat does everything," said Larry Rogers, supervisor at Animal Control.

J.J. nursing her own kittens and cuddling and taking care of the orphan raccoon as if it's her own.

Source via Buzzfeed and (AP / The Jonesboro Sun, Tami Wynn)