A man met a very shy ginger cat in the snow and gave him food and built him a shelter. The kitty came back to him every day. Years later, he let the man pet him for the first time, and the kitty was hooked. 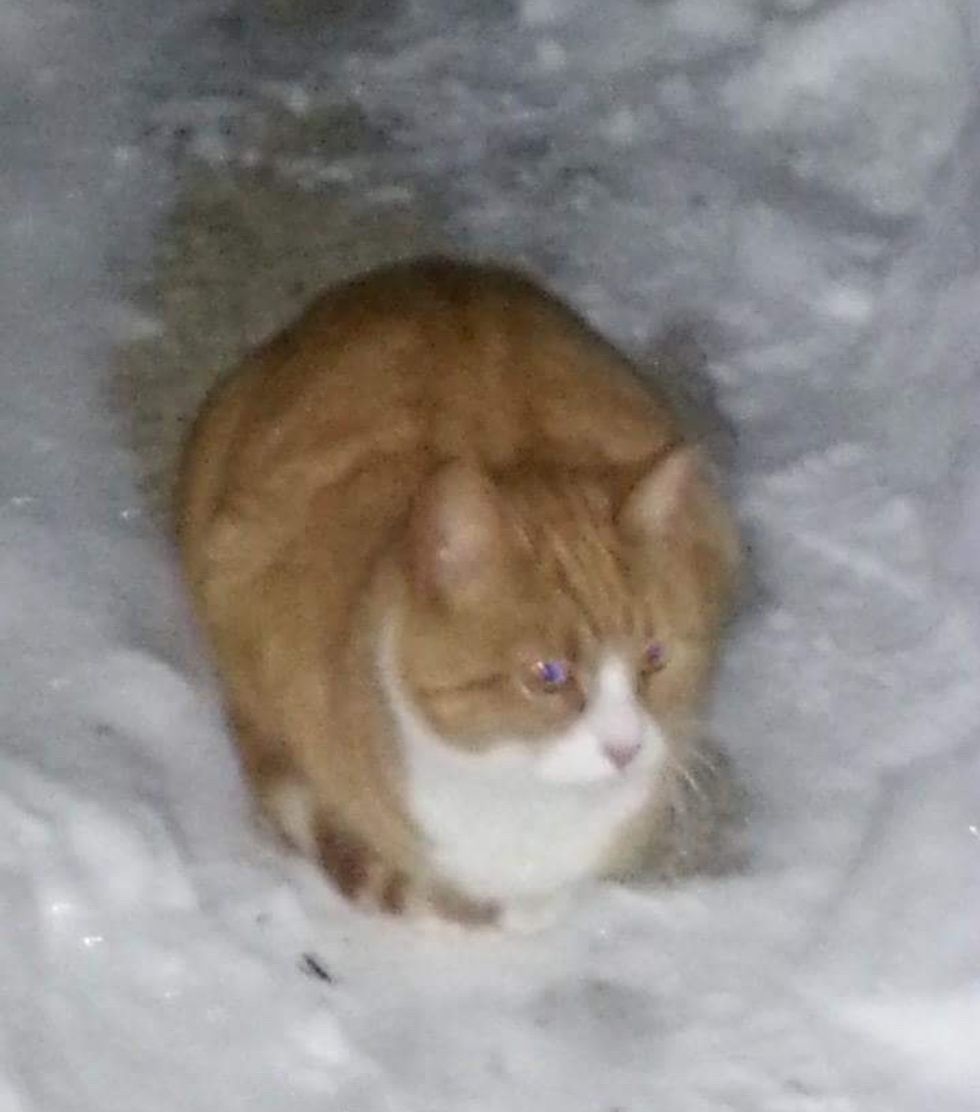 "My wife and I noticed three ginger cats in our neighborhood and named them Hades, Zeus, and Poseidon. We started a feeding pattern, ended up TNR all three and continued to feed after release," JDeebs told Love Meow.

Hades returned every day on their doorstep, and even came running when they whistled for him. "Hades would show like clockwork every night. He wouldn't come close to us, staying about 6 feet away at all times."

No matter how much they tried to win over his trust, he preferred keeping his distance until three years later, things began to change. 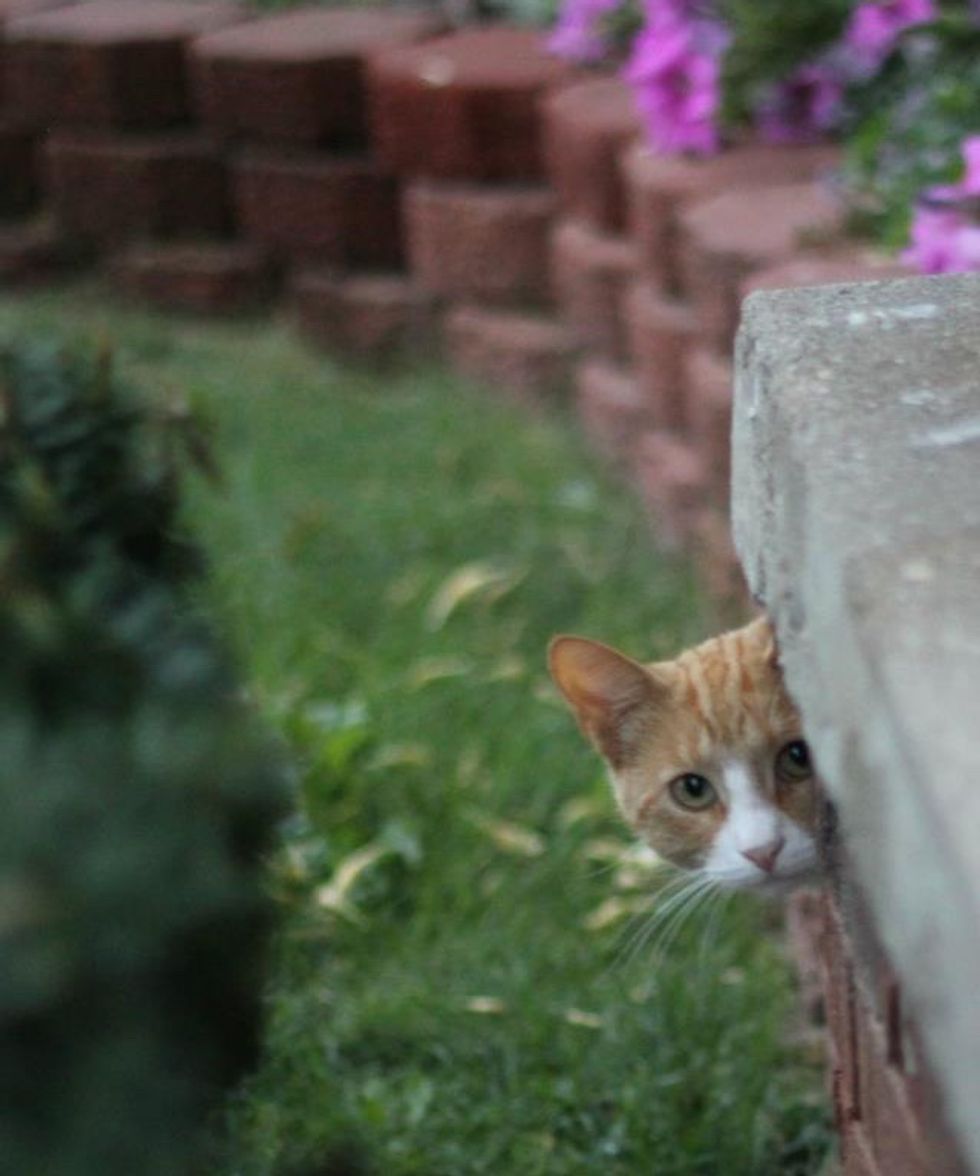 "My wife was coaxing him with a piece of chicken (his favorite) and he came and took it from her hand. After that he started coming close and one day I just reached down and petted him, he loved it," JDeebs told Love Meow.

That breakthrough gave them so much hope that they started to think maybe they could bring him inside someday. 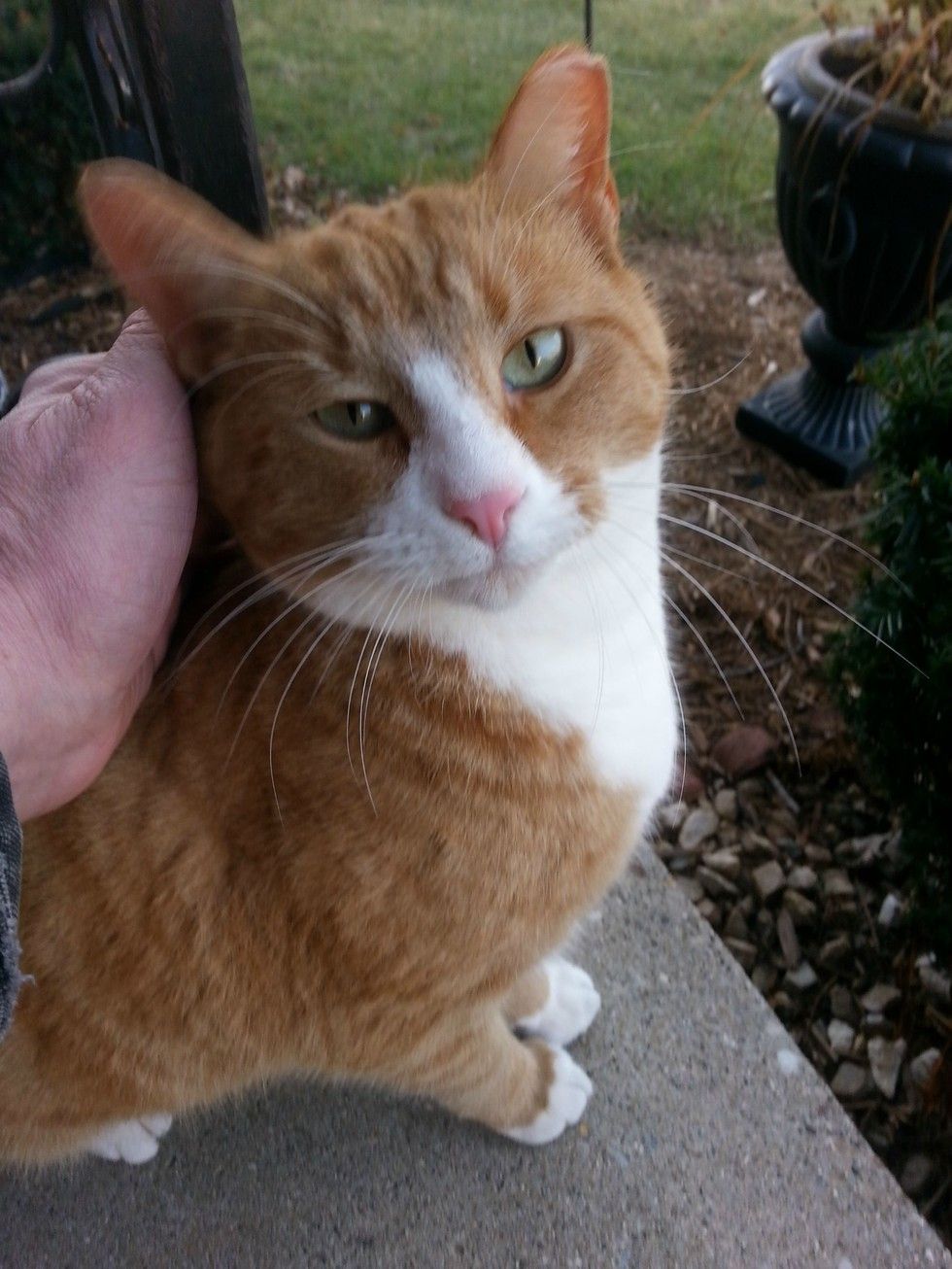 The ginger boy would grab his caregiver's hand with his paw and demand more petting when he came for food.

However, he was not ready to move indoors, but the couple kept on trying. 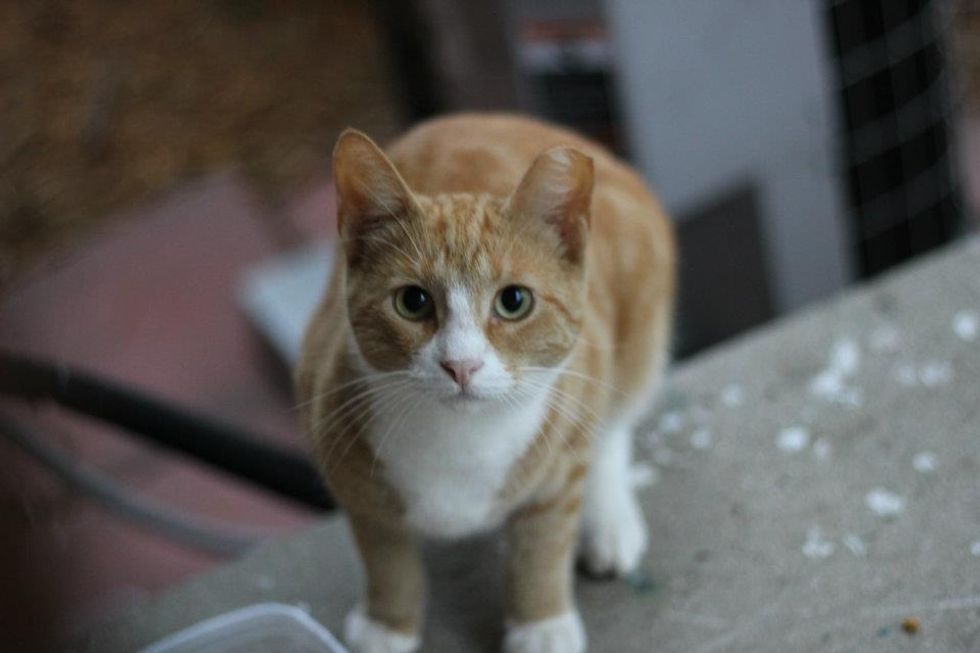 "I would come home from work and call out for him, he would come bounding up to me and I would pet him for about a half an hour.

"We coaxed him inside, he would freak out when the door shut behind him, and started thrashing about, so I let him back outside," JDeebs told Love Meow.

They knew Hades just needed some time to come to terms with living indoors. The couple waited for that day to come. 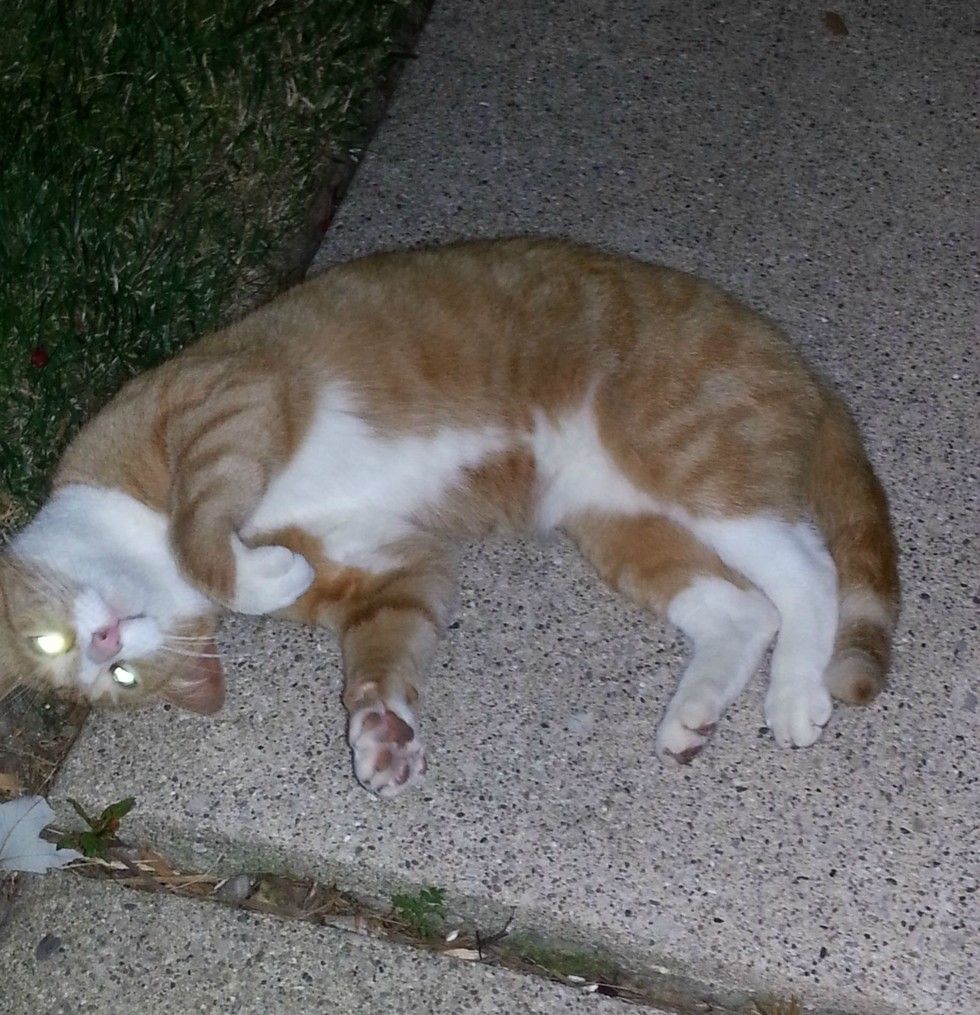 Hades brought a friend for breakfast.

Her name is Maia.

The tortie cat showed up a year and a half ago, and they have been caring for her since. 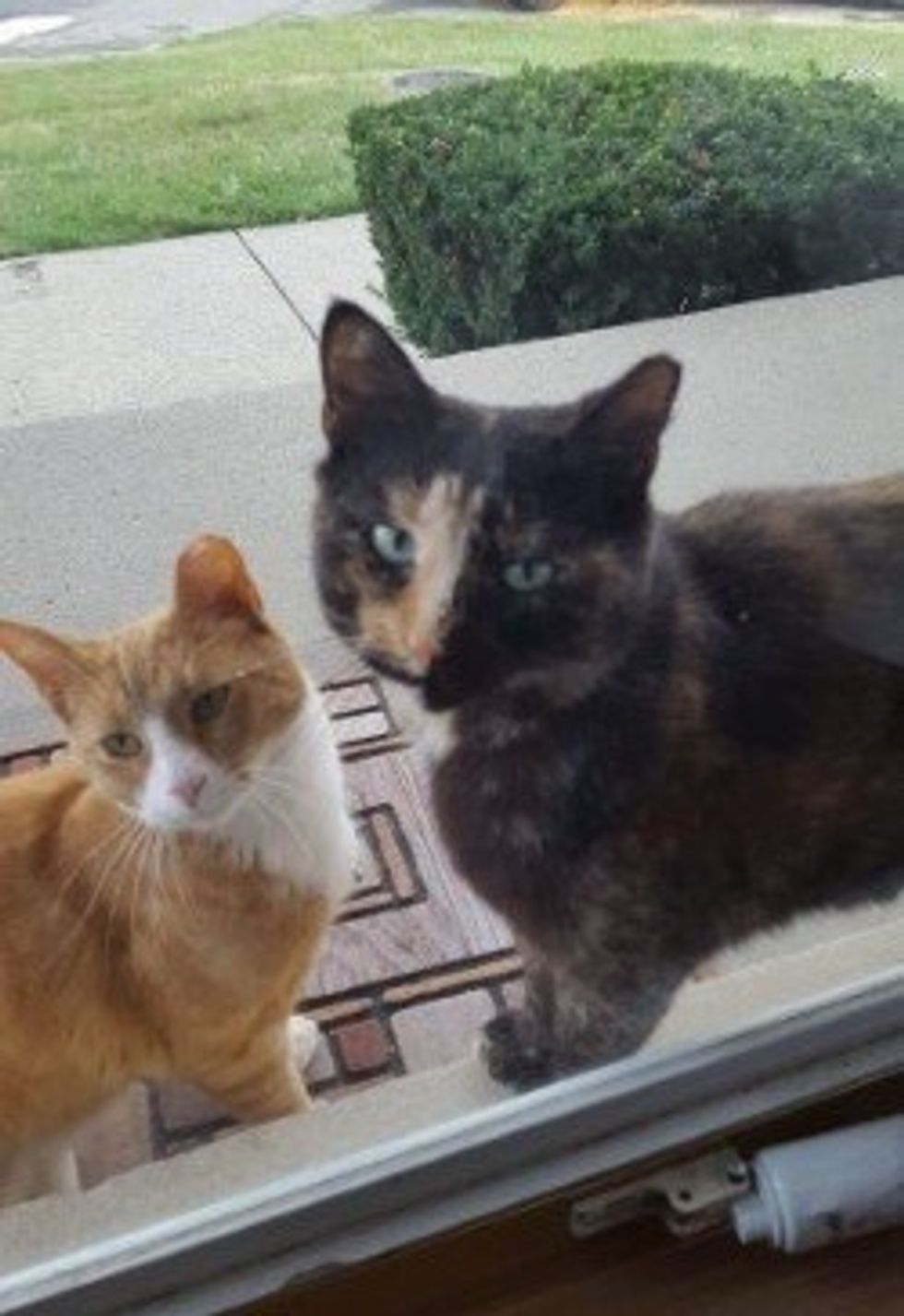 "About two months ago it looked like he was starting to lose weight. Fearing the worst I just picked him up and brought him inside," JDeebs told Love Meow.

After a trip to the vet, they discovered that Hades had a bad case of worms, but was otherwise very healthy. "Got rid of the worms and he really shows no interest of going back outside." 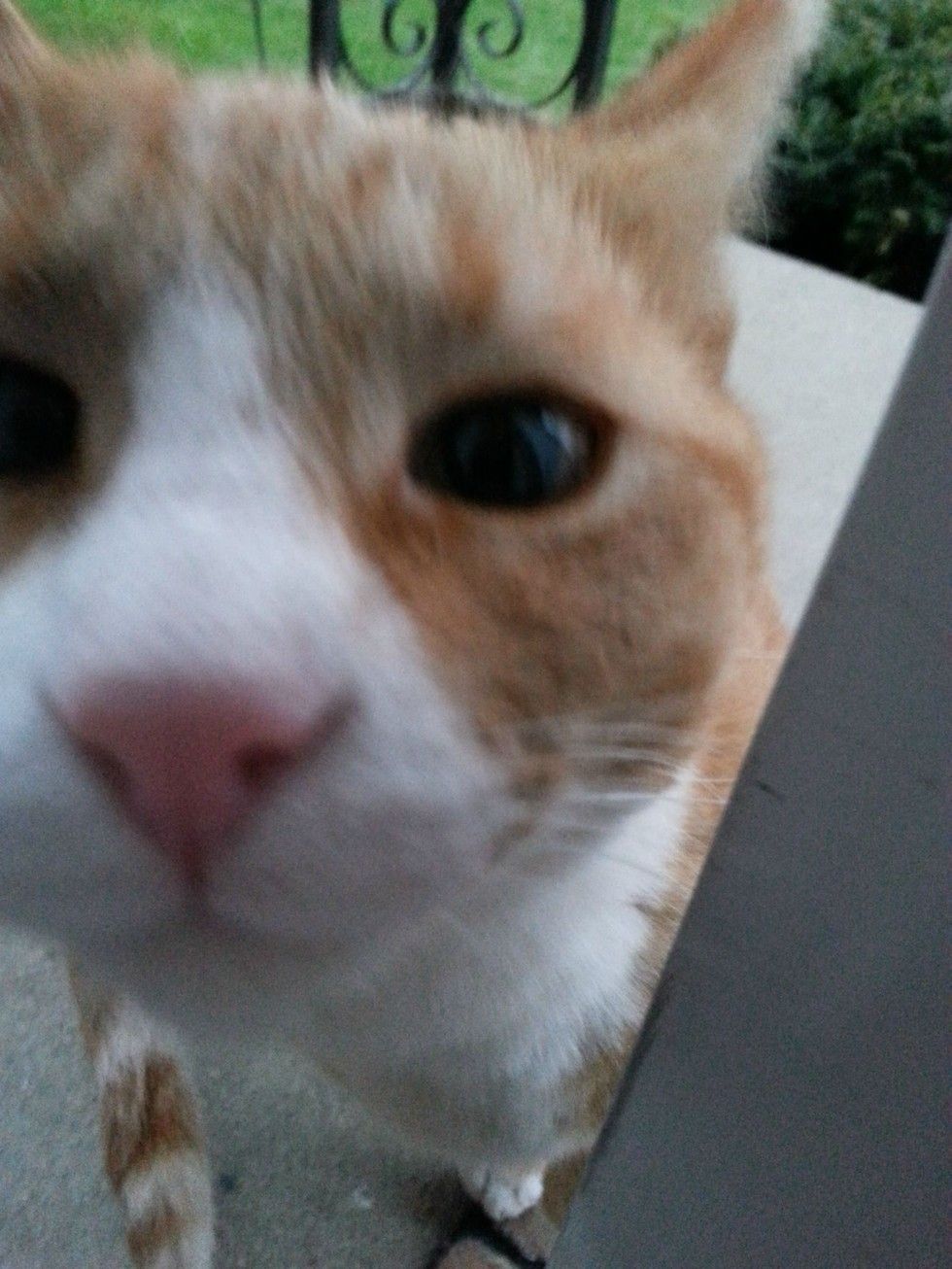 It took them three years to earn the kitty's trust to pet him, and another one year to finally be accepted to be his family for life.

"He has a blanket that heats up when he sits on it and he really just hangs out on that all the time. Our other cats made friends with him and looks like he is here to stay forever." 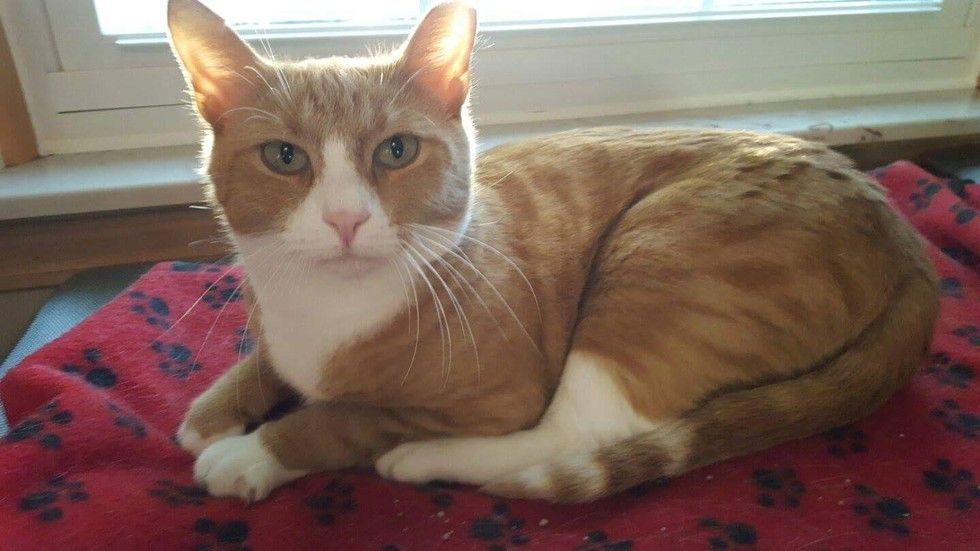 Related story: Semi-feral Cat Finds a Home with Other Kitties Like Him After Years Fending for Himself