Meet Wilbur. This is how he sits! He was found as a stray in a backyard but he's safe and loved now! 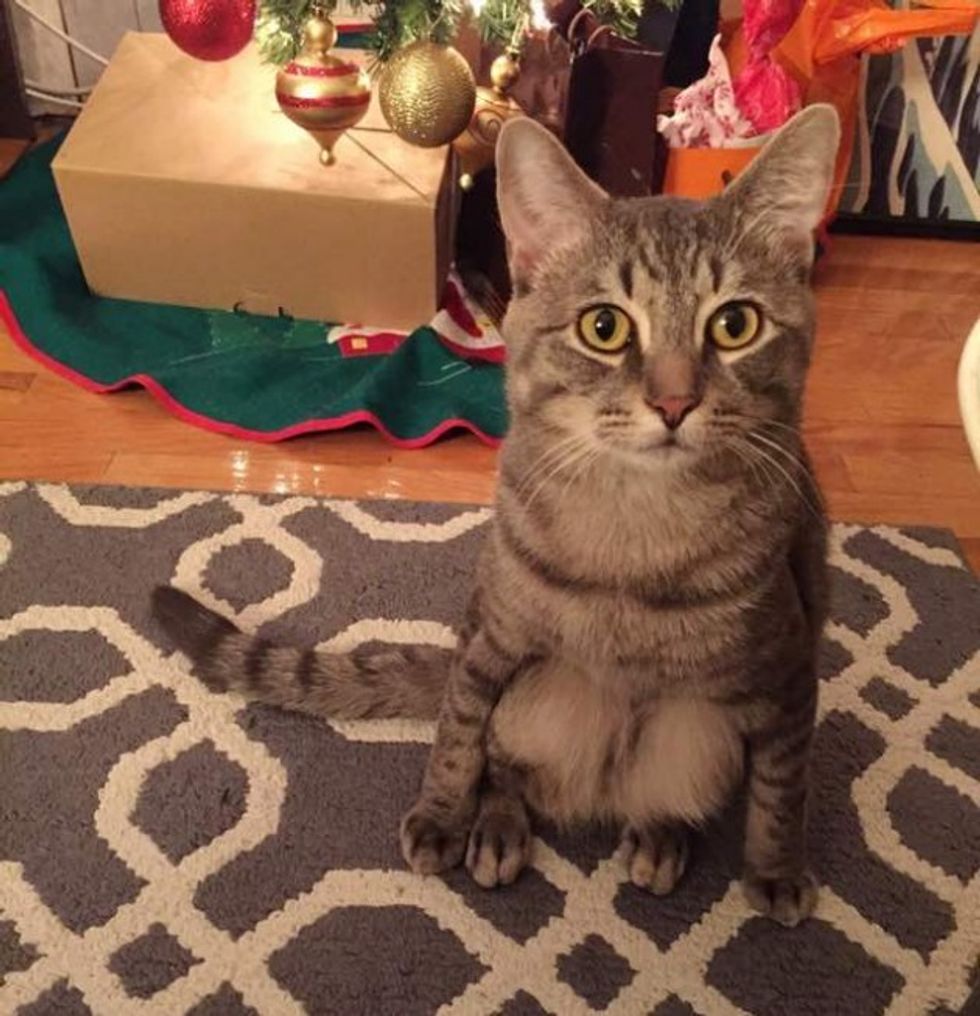 "Grant and I have always wanted a cat. One day, we found a little mouse scurrying about our New York apartment. That's when he put his foot down and said, 'Babe, we're getting a cat!'," reddit user Wolfpackago told Love Meow.

"I looked at adoption agencies and such. Meanwhile, Grant was casually browsing the New York City subreddit, where he found a post with Wilbur's picture saying, 'does this cat belong to anyone?'

"In the post, the redditor (now our friend Emma) explained that they had found Wilbur in her backyard in Brooklyn. Grant half jokingly commented, 'hey, if you can't find his owner, I might be willing to take him', and two days later she contacted him saying the cat wasn't neutered or microchipped so he might be a stray…"

The next thing they knew Wilbur was on his way to his new home! 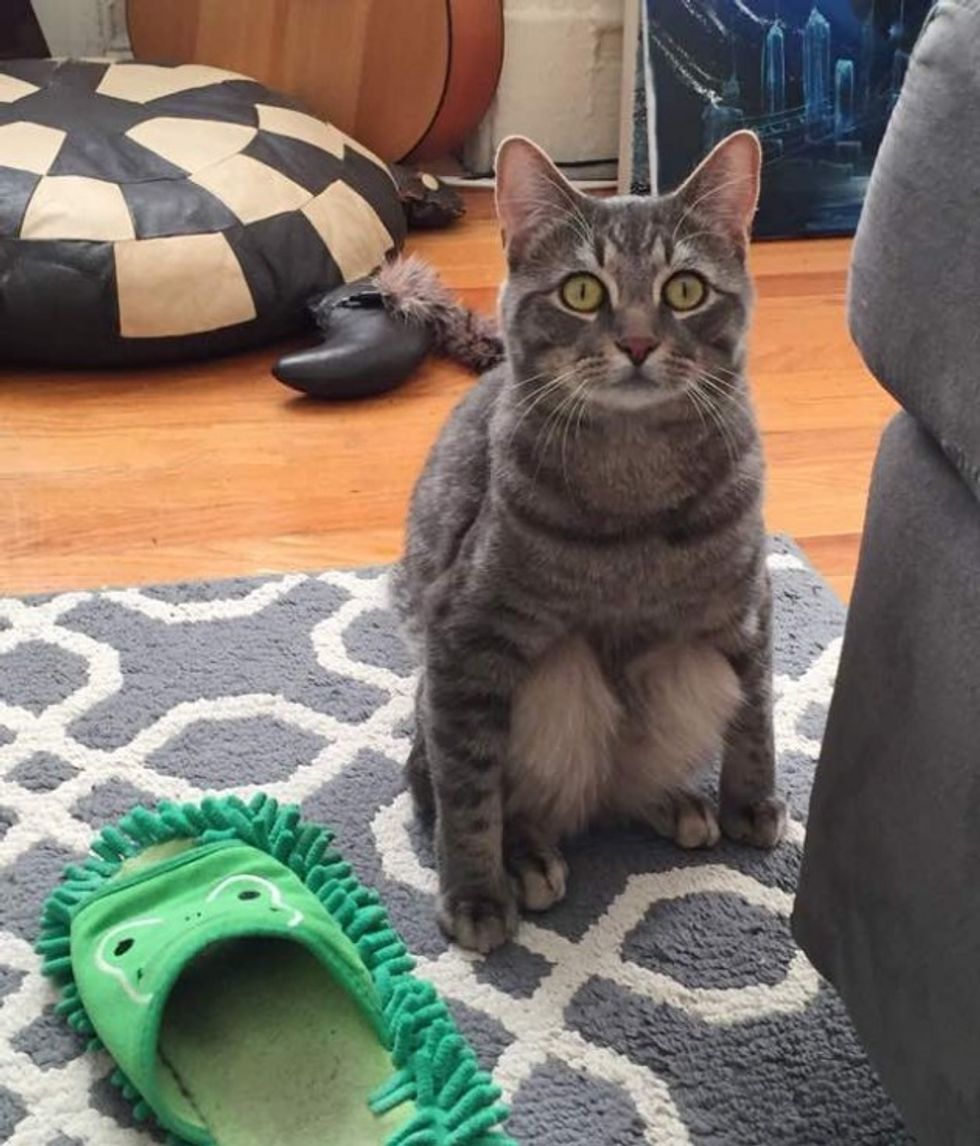 "Emma is part of the TNR (trap, neuter, and release) program, which operates by trapping strays, neutering them, and releasing them back in livable environments to ensure the wellbeing of the cat as well as control feral populations."

Wilbur taking over his humans' bed! "He likes to dig under the covers." 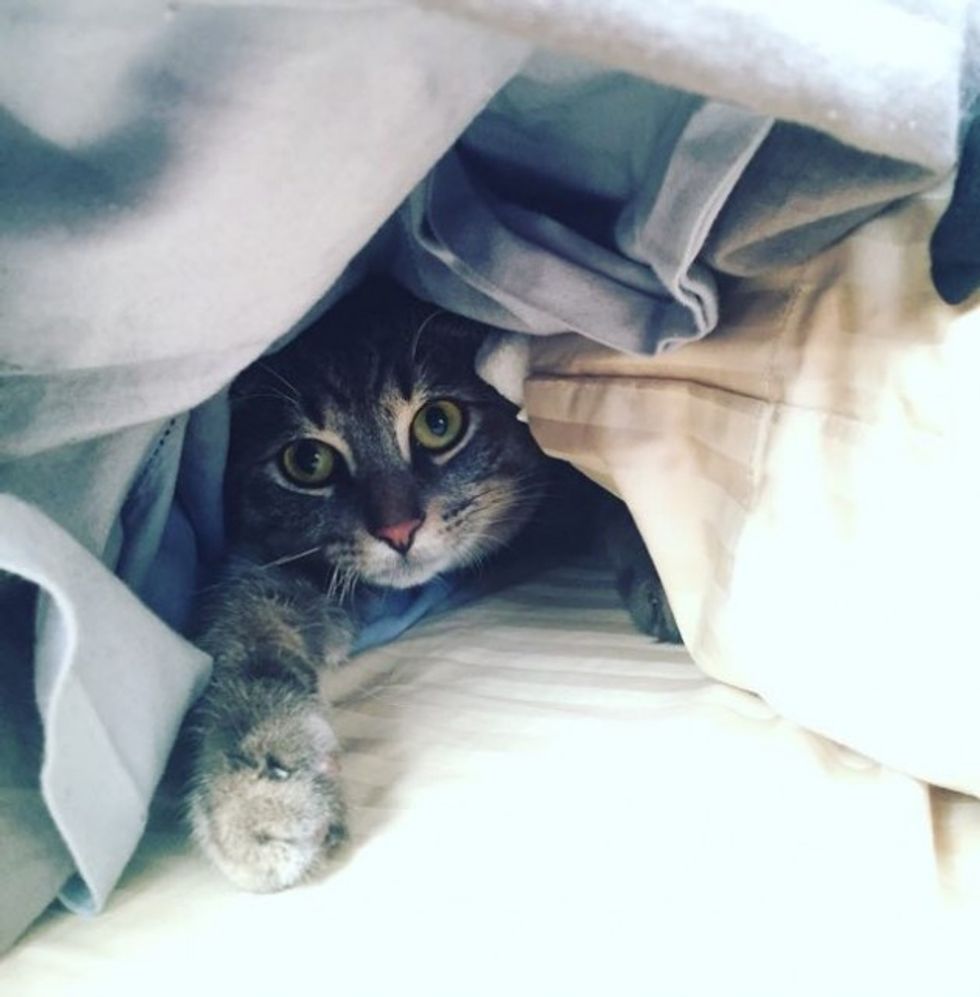 He likes to cuddle and is a lovebug. 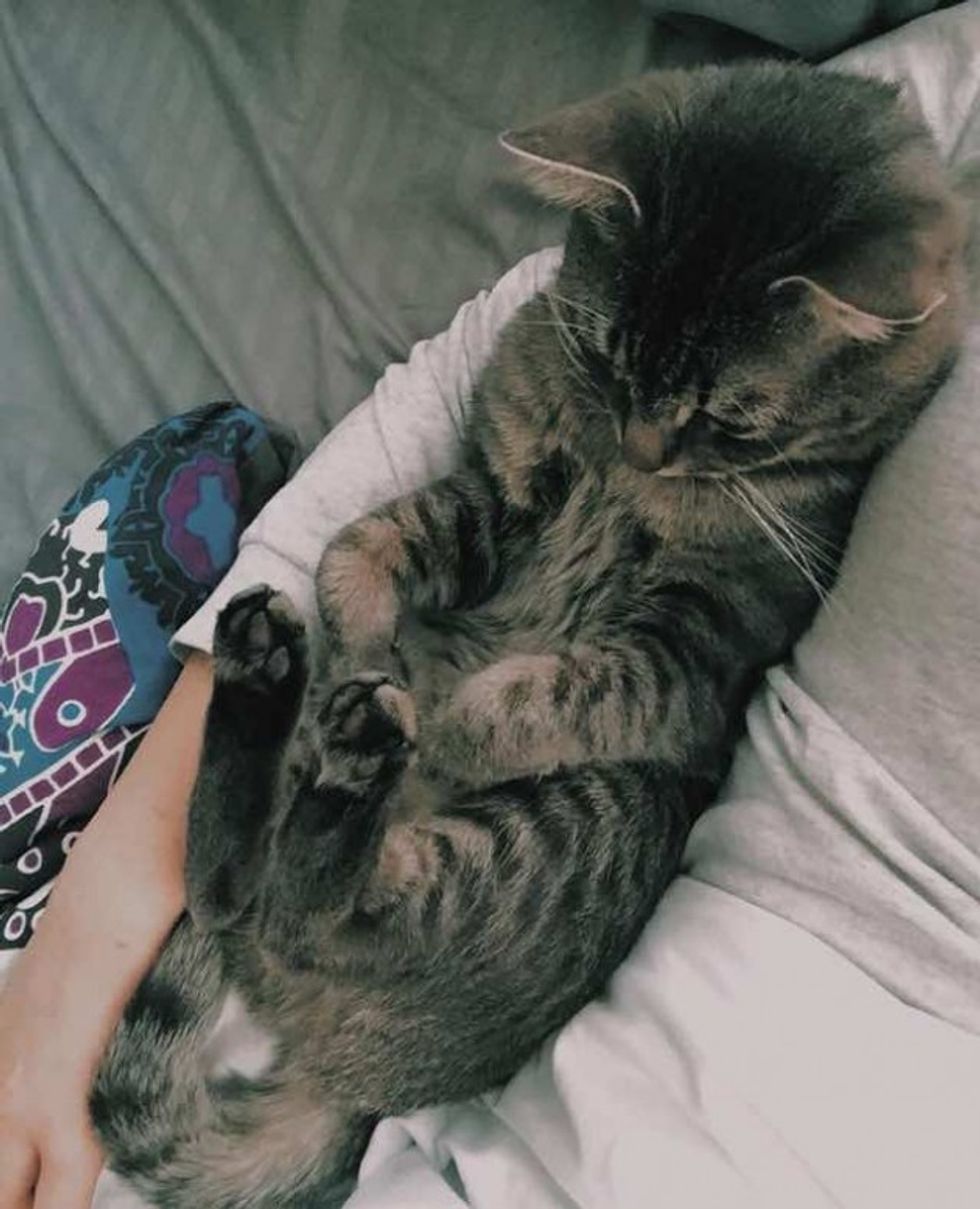 "Wilbur actually doesn't sit like that ALL the time but he does sometimes. His torso is either too long or his legs are too short, so he always sits in odd positions."

He may just be a little human trapped in a cat's body :). 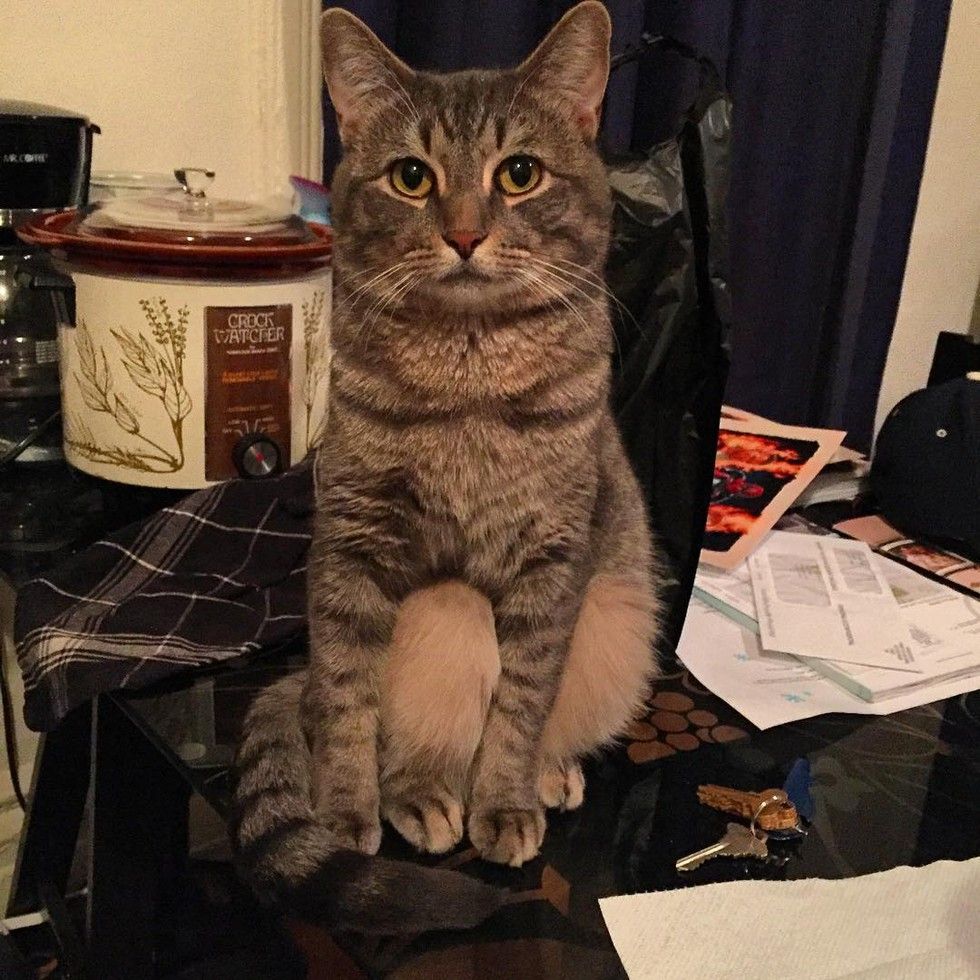 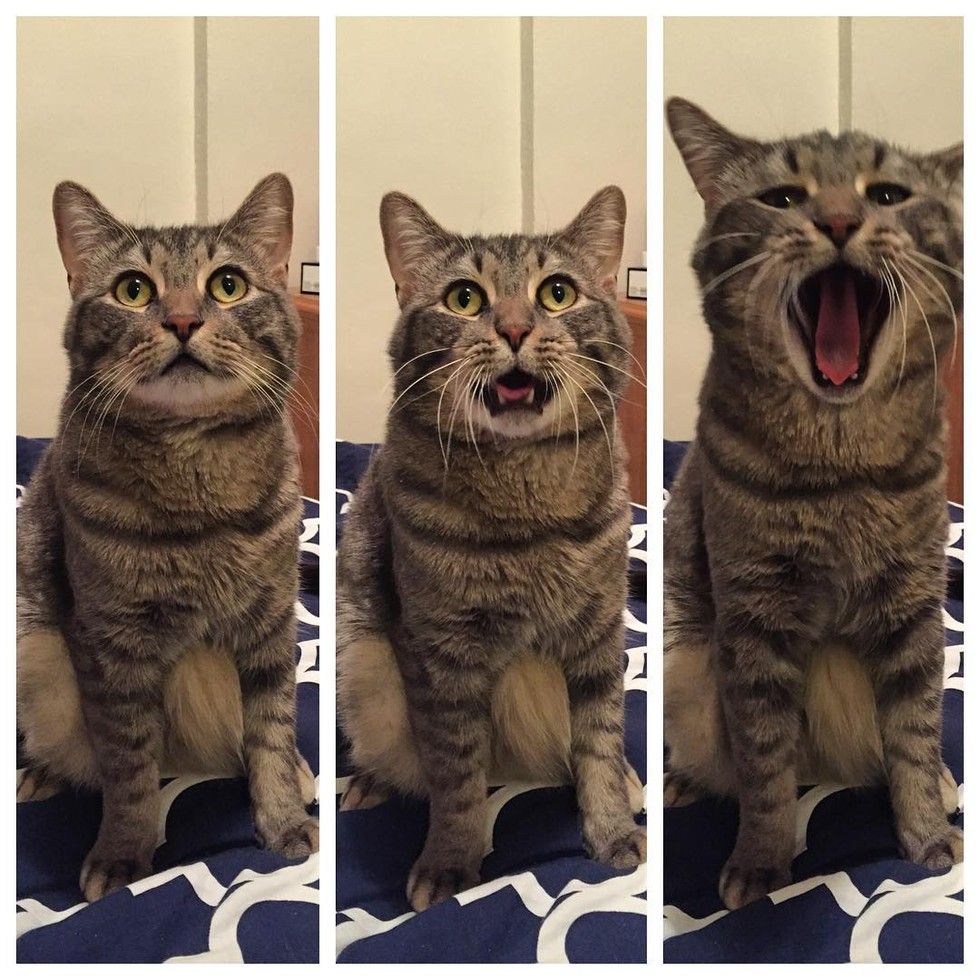 Here's another talent they discovered!