Cat Wanders Around Looking for a Home, So They Open the Door for Him

A stray cat had been wandering around a neighborhood, hoping someone would let him in. When he walked up to a couple, they knew they had to help.

"We opened the door for him," Alexander Fredriksen from Norway said. 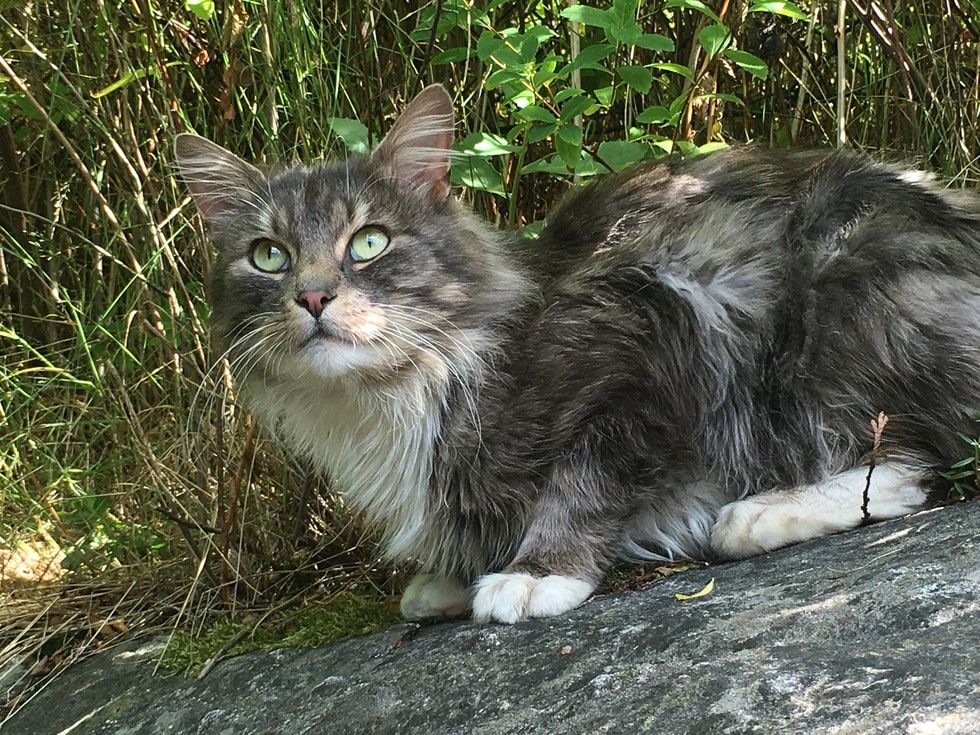 "He was lost and almost starved to death when he found our neighborhood," Fredriksen said. The cat desperately wanted someone to socialize with.

"We put up an online entry for lost/found cats. We looked for flyers but didn't find anything." No one came forward.

While the couple and their neighbor worked together to feed and care for cat, they slowly introduced him to their own cat, Nala. 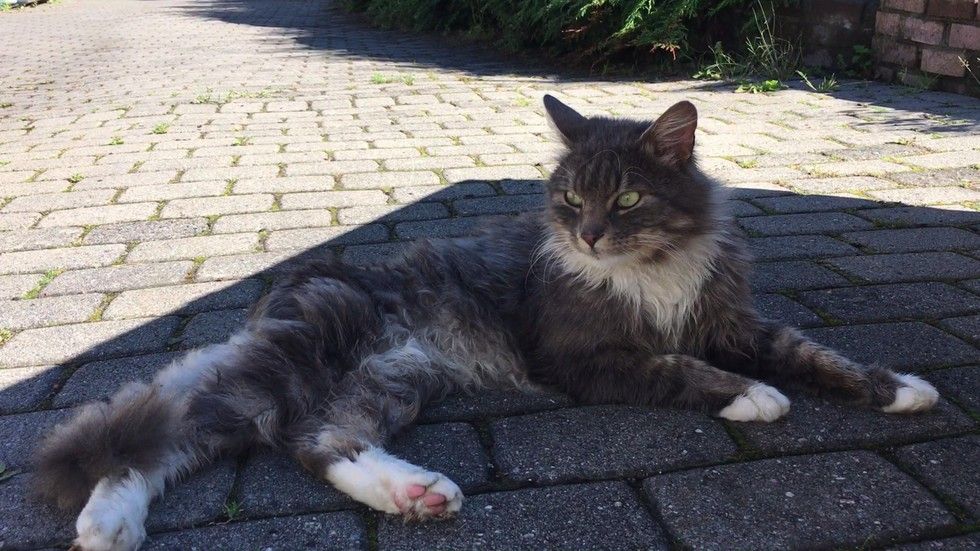 "We decided to take him to the vet to have a check-up on his health and also look for a chip to see if someone owned him," Fredriksen said.

The cat didn't have a chip and wasn't fixed. He went home with them that day and finally had a roof over his head. 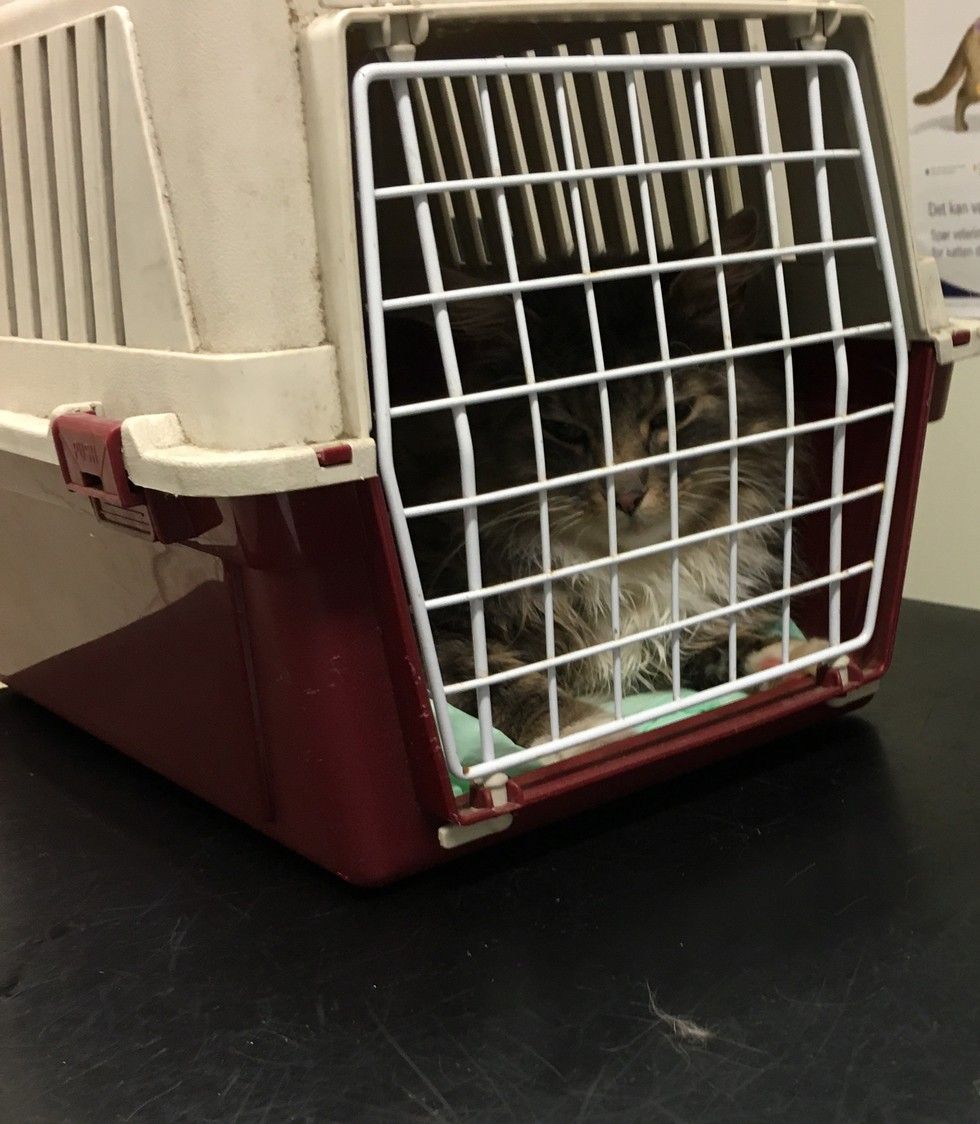 "We don't know how long he has been for himself," Fredriksen said. "We had to wash him and get rid of some ticks, but he was a happy kitty afterwards." 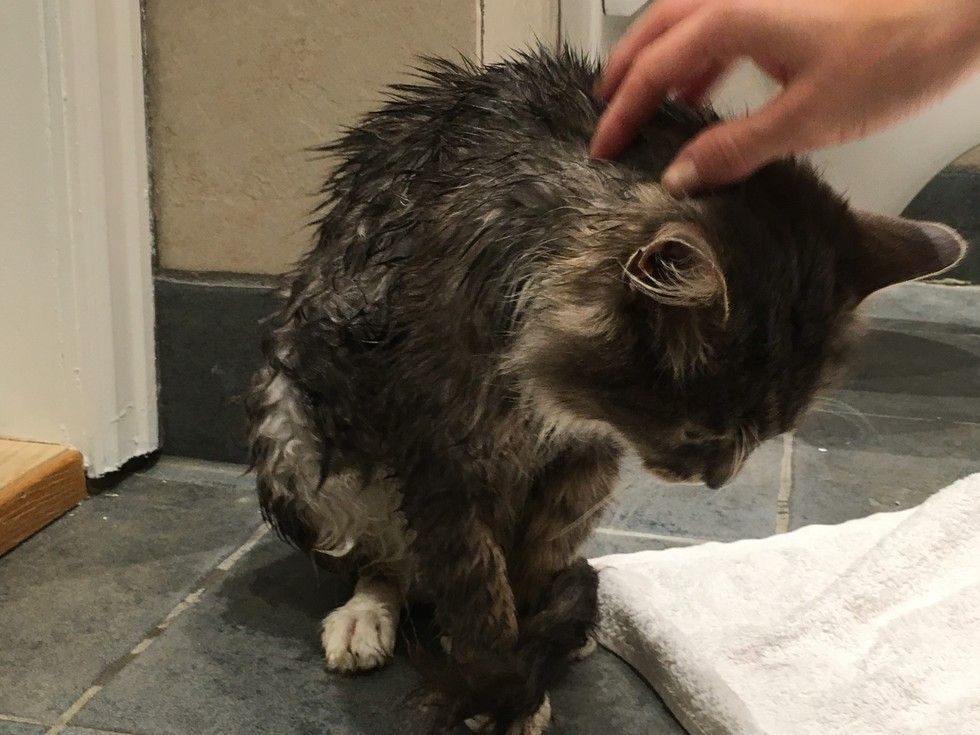 Their fluffy cat Nala has surprisingly taken to her feline friend.

"Nala (Snow cat) is our precious Queen. She has never been too fond when other cats walk into her turf, but we were suprised to how calm she was with him," Fredriksen said. 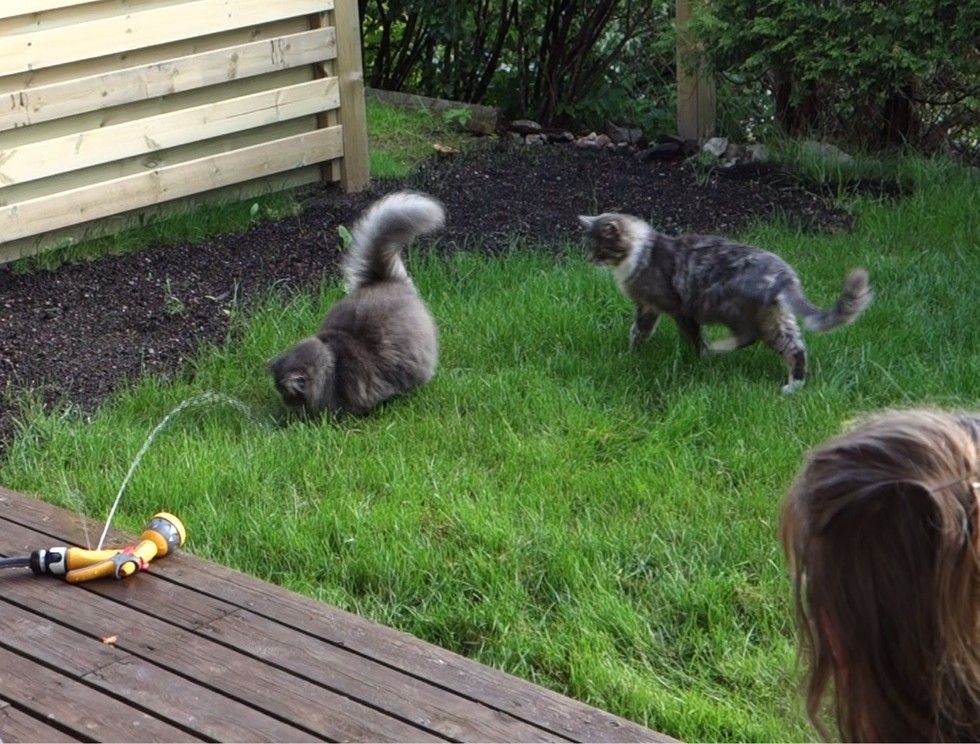 He is around 1 to 1 and a half years old. "(He) can be a bit too curious and playful for her taste, but she puts him in place when she needs to. It looks like she might accept him as a little brother."

"He looks just like the male version of Nala," Fredriksen said. 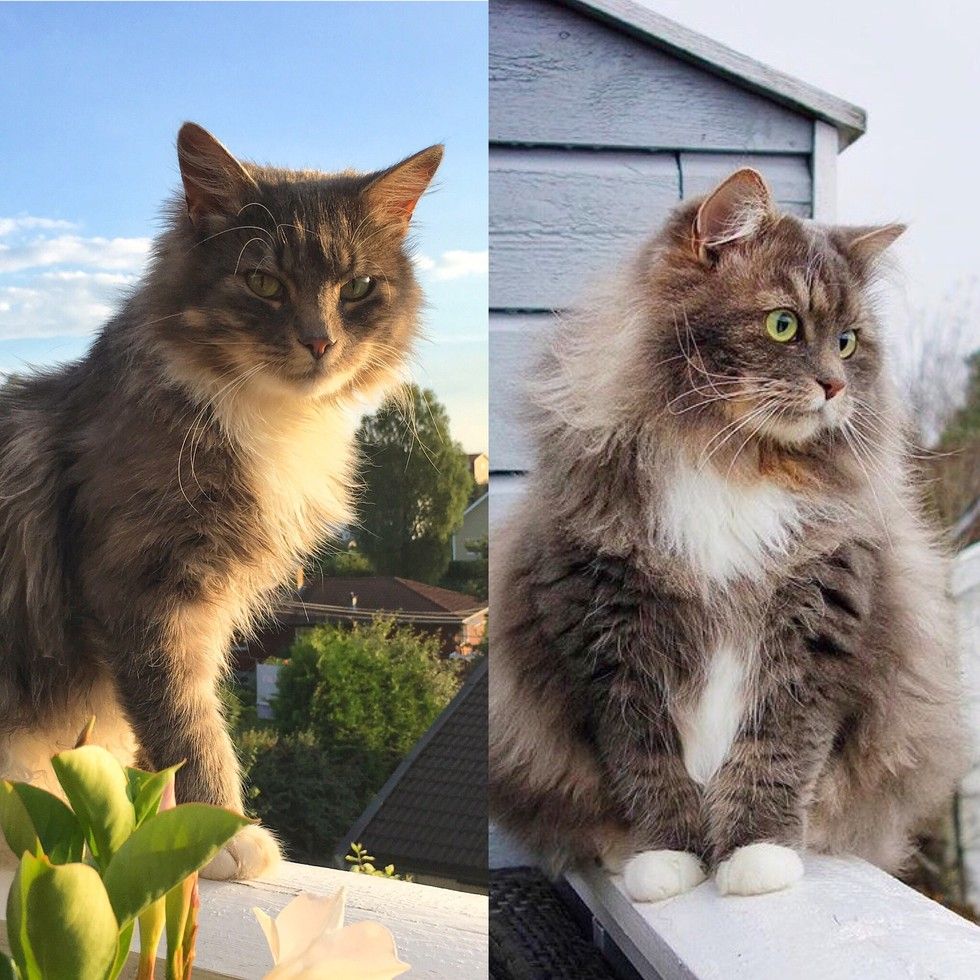 "He acts like a kitten, and Nala did too when she was a year old," Fredriksen told Love Meow.

After he moved into his new home. 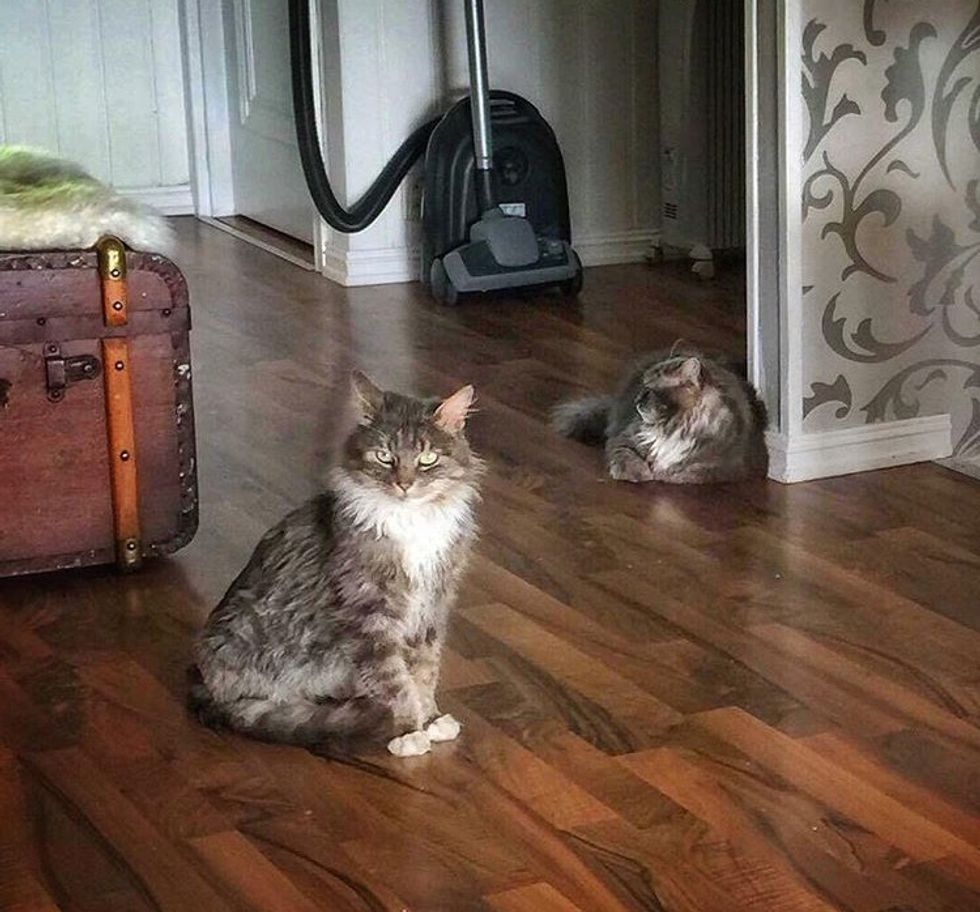 "He has the same paws and same white pattern as Nala, and since he found our home I guess it was meant to be. 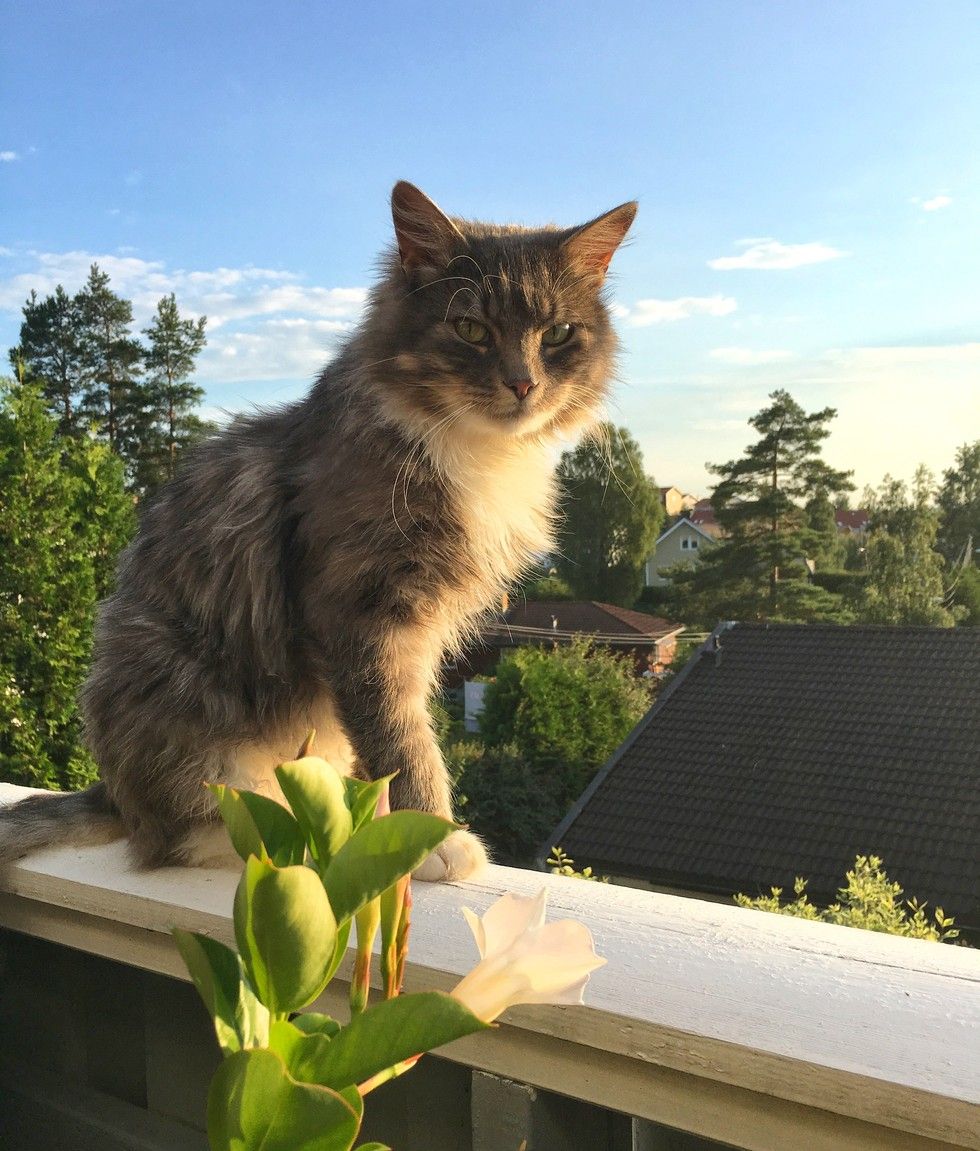 Related story: Family Captures Moments They Were Chosen by a Stray Cat by the Door