Man Rushes to Save Cat Who Fell into River Following a Cat Fight...

A tuxedo cat took a plunge in the nearby river after she escaped the office trying to fight off another cat. A man saw what happened and rushed to save her. 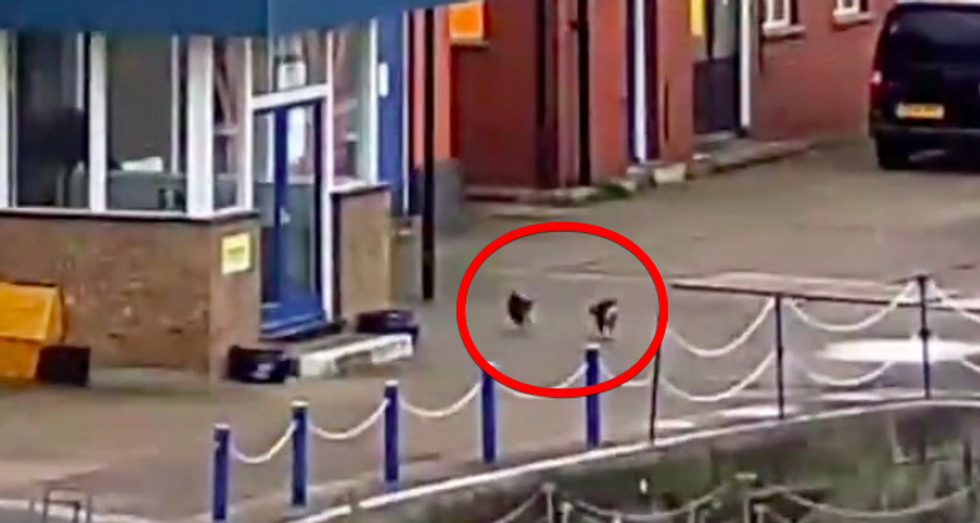 Felix is the office cat of the London's Royal Docks Management Authority (RoDMA). She is the boss and a very loyal guard cat. If there's an intruder, she makes sure to chase them off or at least attempt to get them out of her territory.

"Felix the RoDMA cat ended up in the drink while bravely engaging in a hostile territorial battle (ie running away) from another cat," RoDMA said.

A man saw the tuxedo cat fall into the River Thames and sprang into action to rescue her. He sprinted over and climbed over the railing, trying to reach the cat over the edge of the docks. 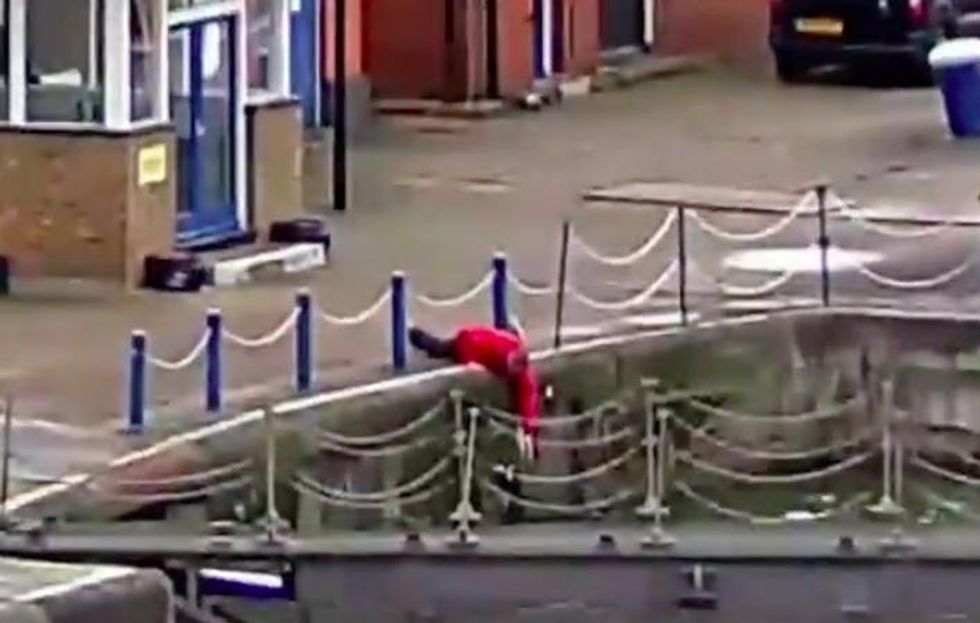 Felix was thankful to see the man and jumped up to grab his sleeve and was pulled up to safety.

Watch the footage captured on camera:

Later they got their tuxedo cat back to the office, and Felix went right back to catching some Z's as if nothing had happened.

"We can happily report that Felix suffered no injury or trauma," RoDMA said. "She's back to her regular scheduled programme of cat naps, food breaks and the occasional stretch." 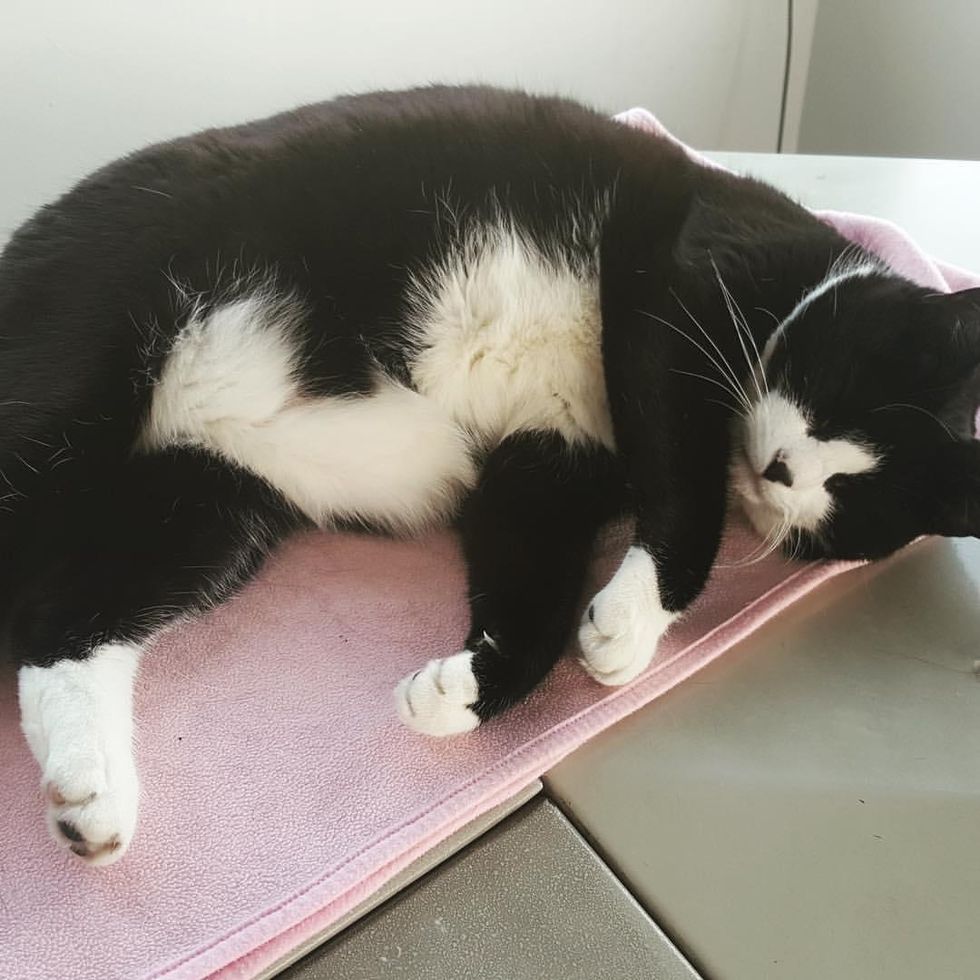