A crying kitten was hanging onto oysters on a piling of the Roosevelt Bridge (in Stuart, Florida), struggling to stay afloat. A Martin County Deputy came to the rescue and pulled the tiny distressed kitten out to safety. 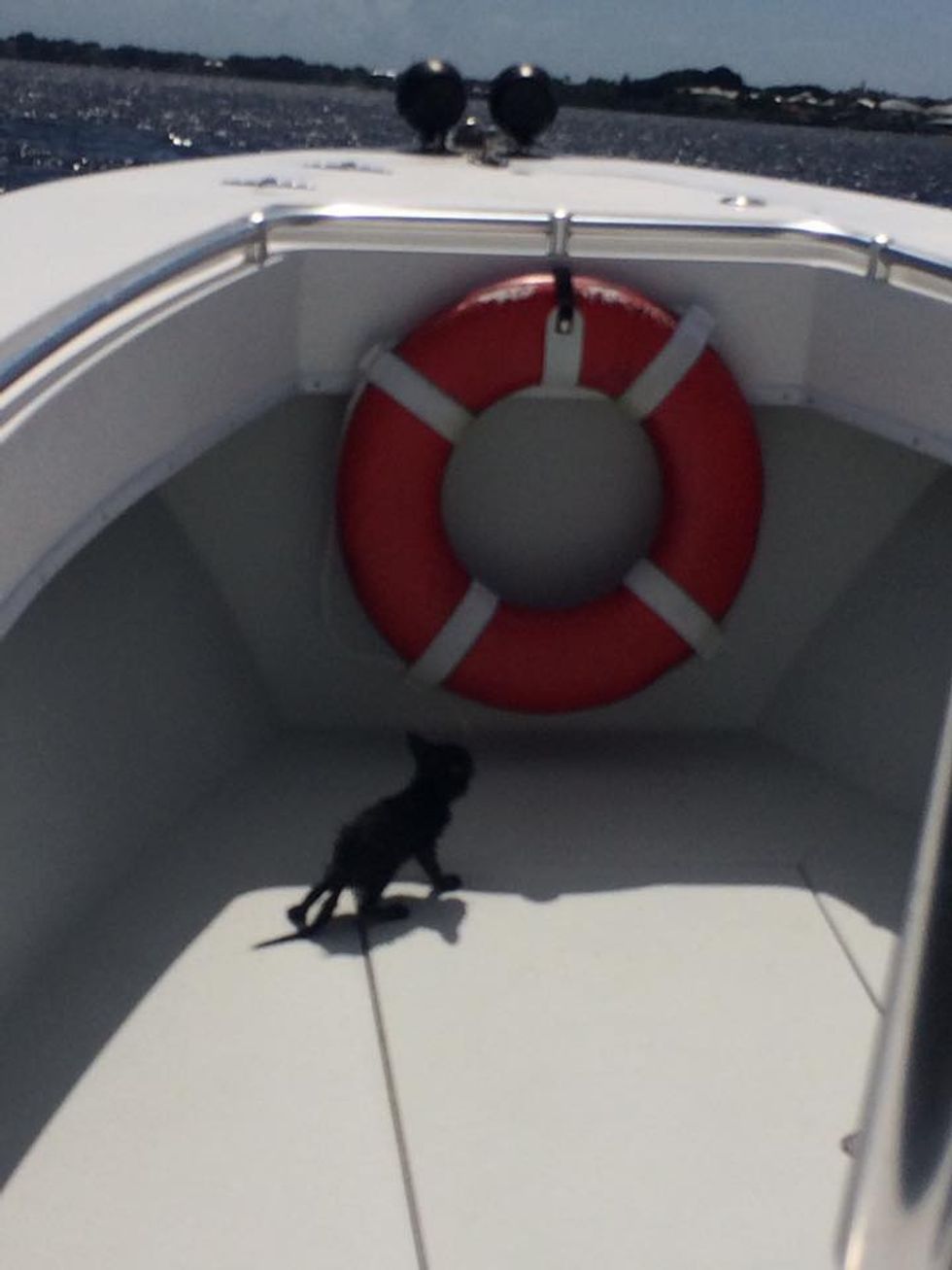 MCSO Marine Deputy Michael Libasci began to trace the cries and found a tiny black kitten climbing onto some oysters on the piling for dear life. "The kitten was worn out and struggling to stay afloat. Deputy Libasci was able to pull the animal out of the water and get it safely inside the boat."

"Once on-board, the kitten wanted to stay and hang out with our Marine Unit." 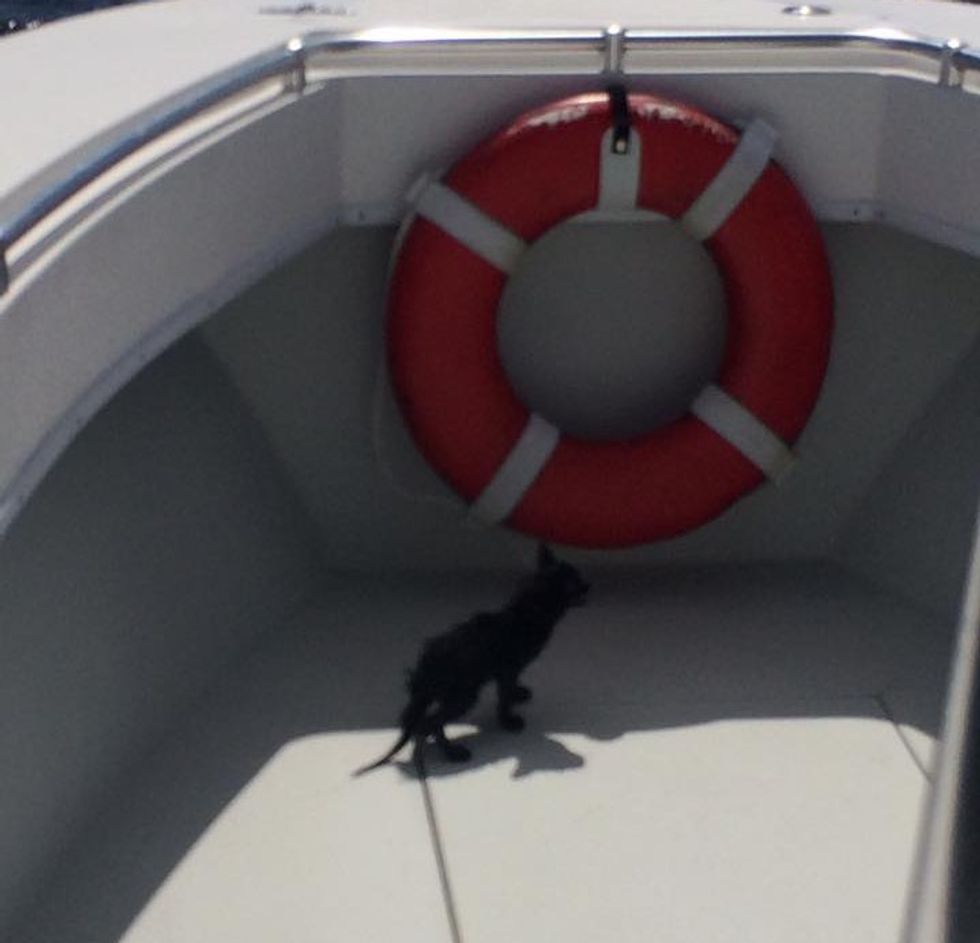 Exploring around the boat. The kitty is thankful to be safe. 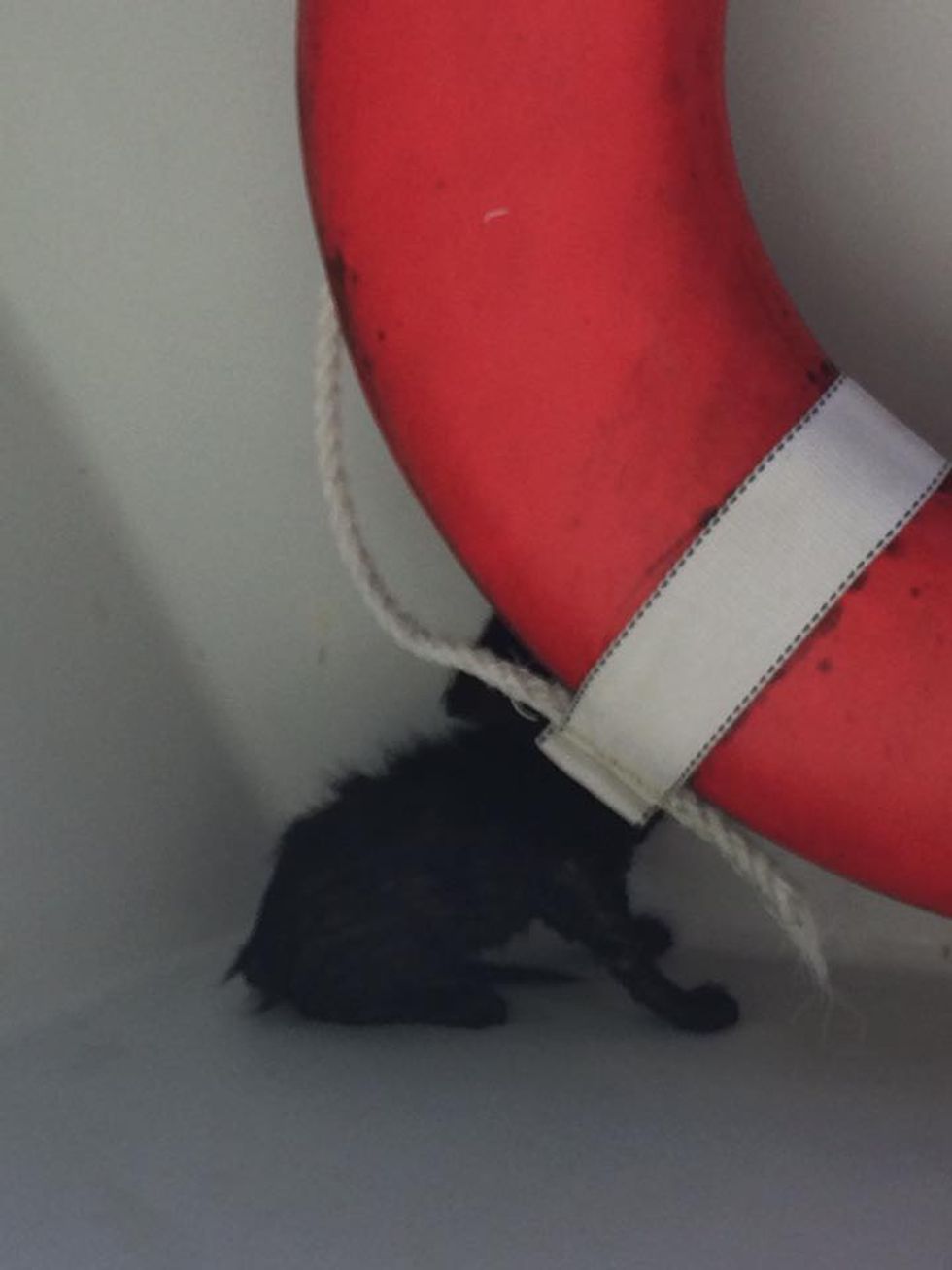 Deputies took the kitten to the Humane Society of the Treasure Coast, where the little guy was named "Roosevelt," after the bridge.

Cuddling with a volunteer. Safe and loved! 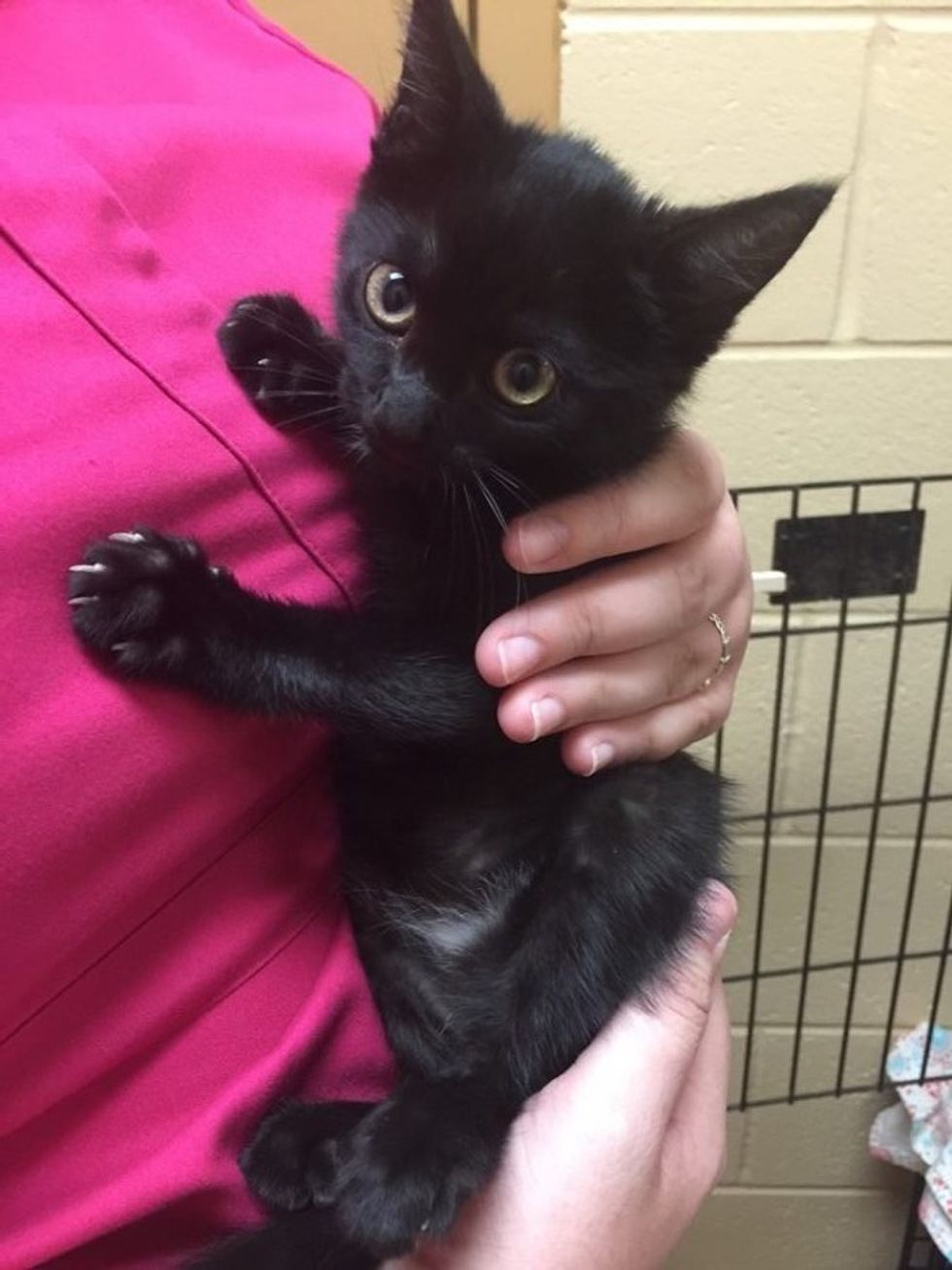 Little Roosevelt is doing very well at his foster home.

He's got a friend to cuddle with, and is very loved by his caregivers. 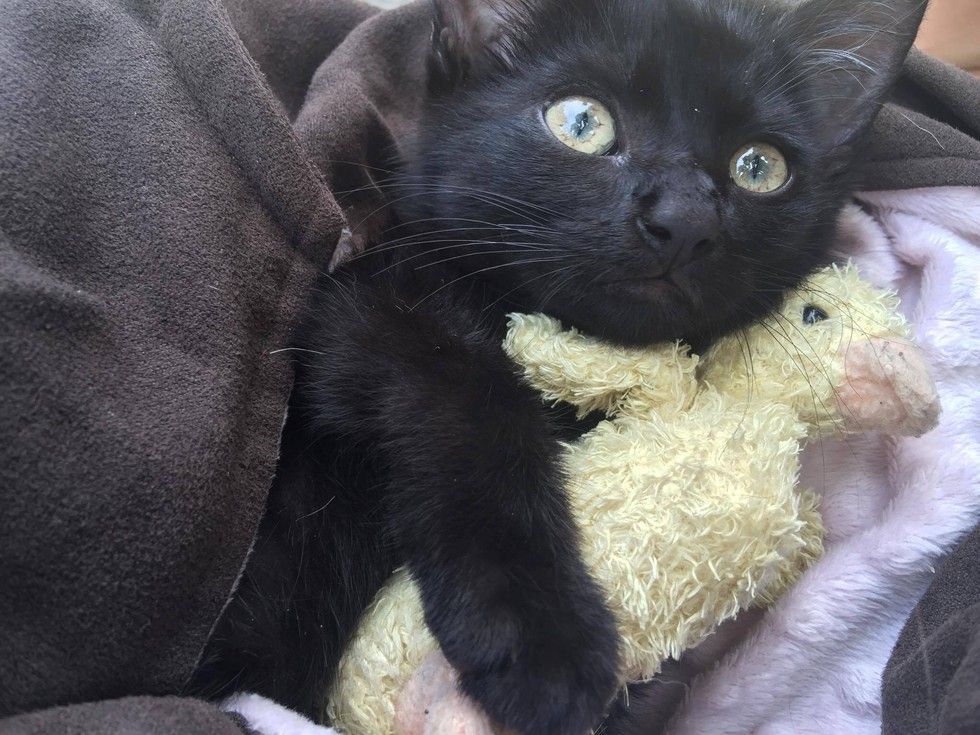 Roosevelt has been adopted by his rescuer! 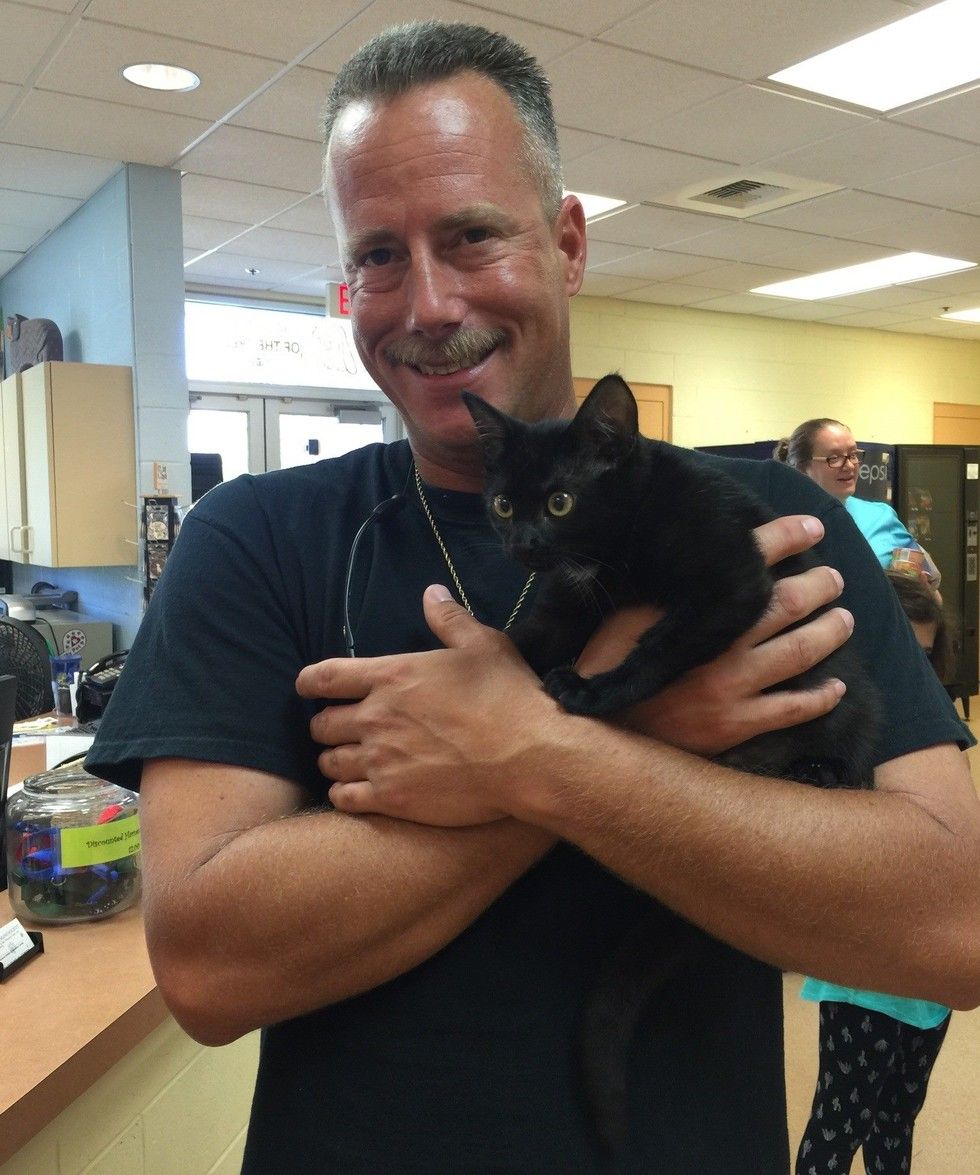 Humane Society of the Treasure Coast