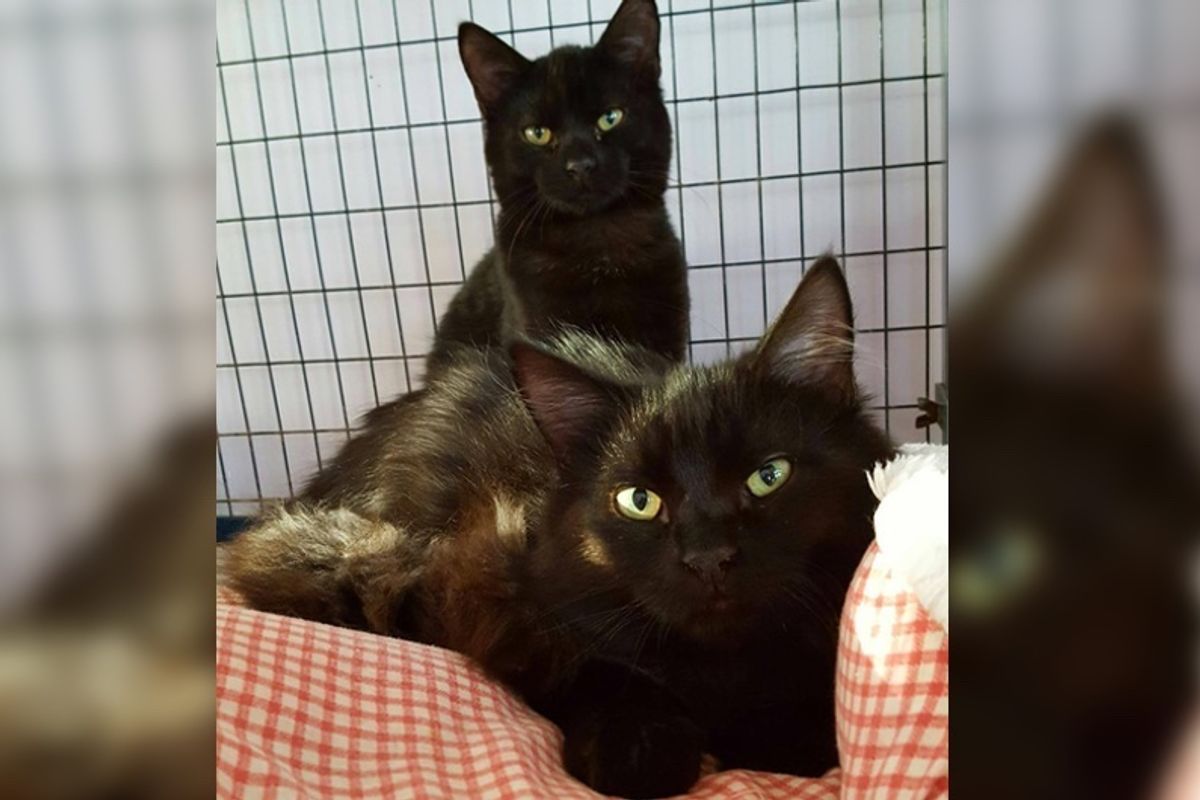 Two shelter cats became best friends on accident. Before they came to the shelter, they lived two separate lives, but once they found each other, they bonded forever.

Two stray kittens came to Merrimack River Feline Rescue Society, a rescue in Salisbury, Massachusetts, hoping for a second chance at life. They were found alone by themselves in two different places, but somehow ended up in the same facility.

Just one month apart, these two black kitties never knew each other until they were placed in a kitty condo with separate levels.

Method the six month old kitten is active and loves to play, but is not a fan of being held or cuddled. Jack is a bit quiet but he absolutely adores affection and loves to be held.

"Method was tired of being alone, and shoved the litter box from the condo above him out of the way," Liz told Love Meow.

When one of the volunteers took out the litter box, Jack hopped down to the bottom level where Method was. The cuddly kitty was so excited to see a friend that he went up to him and gave him lots of snuggles.

They instantly bonded and have been inseparable since.

The two brothers from different mothers are loving each other's company. They are of two different personalities, but they complement each other in a purrfect way.

Method, who doesn't like to be alone, is now so happy to have a friend to be by his side. Though he doesn't have too much interest in being held, he doesn't mind his cuddly best friend's love and affection. Jack is over the moon to have a furry friend to cuddle with every single day.

Share this story and help these two best friends find a loving home together. If you are interested in adopting, click here for more information. If you would love to support their rescue efforts, click here to see how you can help.