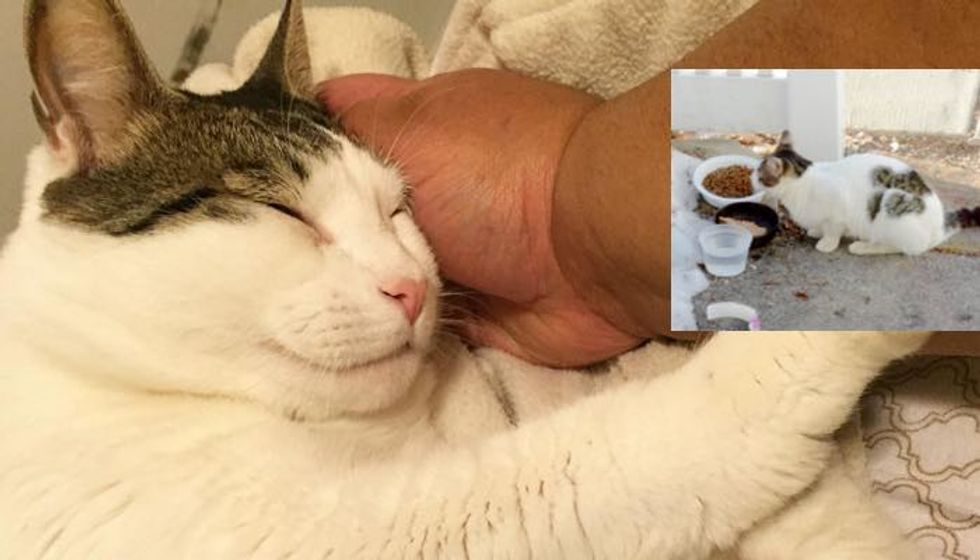 A man spotted a stray cat who was living in the cold and sometimes covered in snow. He spent days trying to earn her trust so he could save her and give her a warm home.

"I was going out and heard this poor kitty mewing. She'd run away from me but when I gave her food she ate up the whole big 6 oz can," said Arafat Kazi via reddit.

"The cat was hiding out two houses away so my mom and I would bring the food closer to our house every day."

Finally she was comfortable enough to eat inside the fence away from the road.

"This broke my heart--the cat was covered in snow (in the middle of a blizzard!) but would still run away from me. Better with my mom."

"We built this and put this on the porch but she wouldn't ever go in. It was going to snow on Thursday so we put it out. Her food was in there but she would only go into the shelter to eat."

After several days, they were able to bring the kitty into their home! "Today, my mom brought kitty into the house. Here she is in her first half hour."

Walking around the basement, checking out her new surroundings.

A hug from her new family.

"Kitty is super cuddly! It's Day 1 indoors but she's very friendly and a purr machine."

Now kitty sleeps with her human dad every night!

Share this beautiful story! Photos by Arafat Kazi via imgur.