A man turned his house into a beautiful cat paradise for his 22 rescued cats. 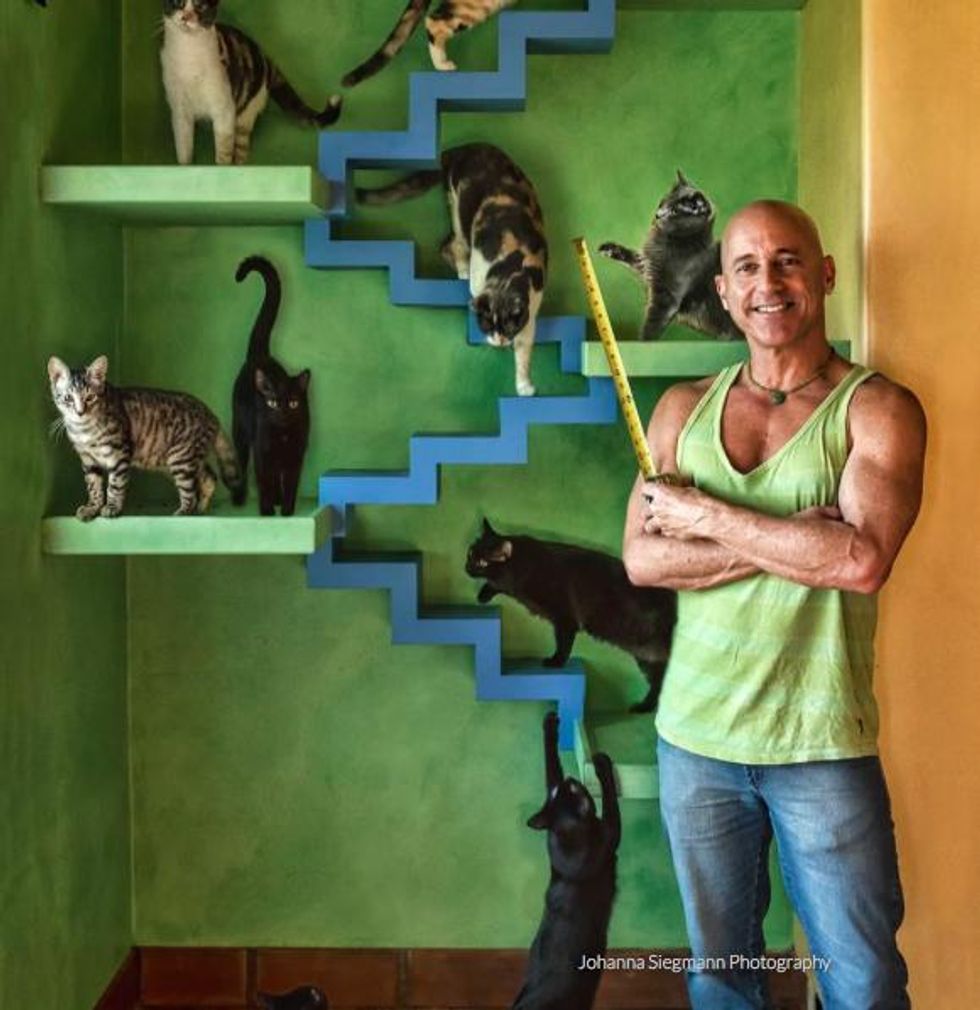 Peter Cohen has transformed his California home with an array of catwalks (walkways), tunnels, perches and ramps. He started the project after buying his property in 1988.


At the time he cared for two outdoor feral cats. After they were both hit by cars, he decided to turn his house into an indoor playground for his kitties so they could live safely in a place with all the interesting things to play with and explore.

He read about how to keep indoor cats entertained and learned about the use of catwalks. From that day on, he began to revamp his home.

As he built more elaborate catwalks, tunnels, and portholes, he also welcomed more cats into his house. 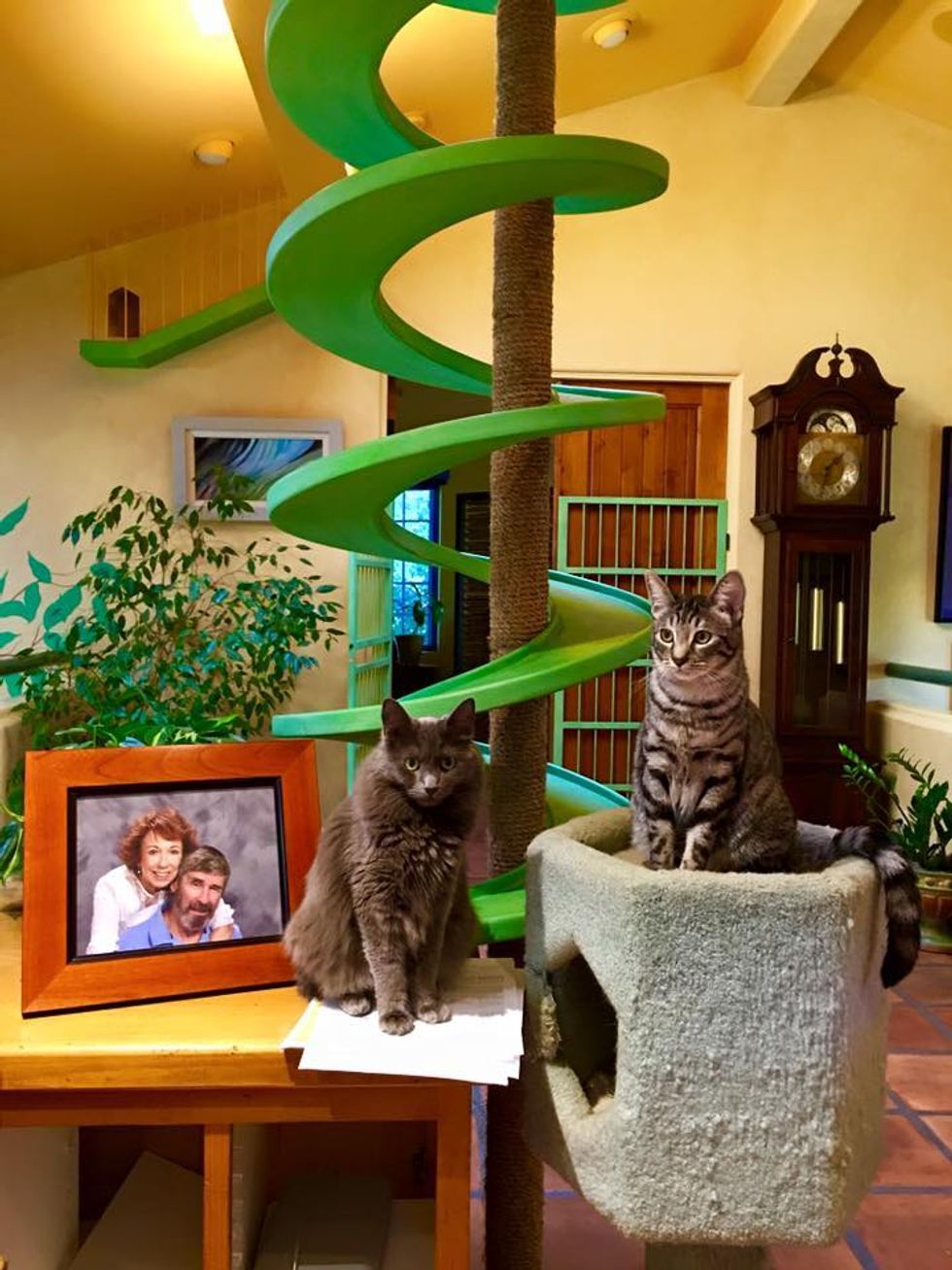 Today, he is sharing his home with 22 adorable rescued cats all adopted from the shelter. Cohen wants to give those cats, who have a hard time being rehomed, a place to call their own.

"We have been building catwalks for 20 years and have learned a great deal from our cats what they like and do not like," Cohen told Love Meow. 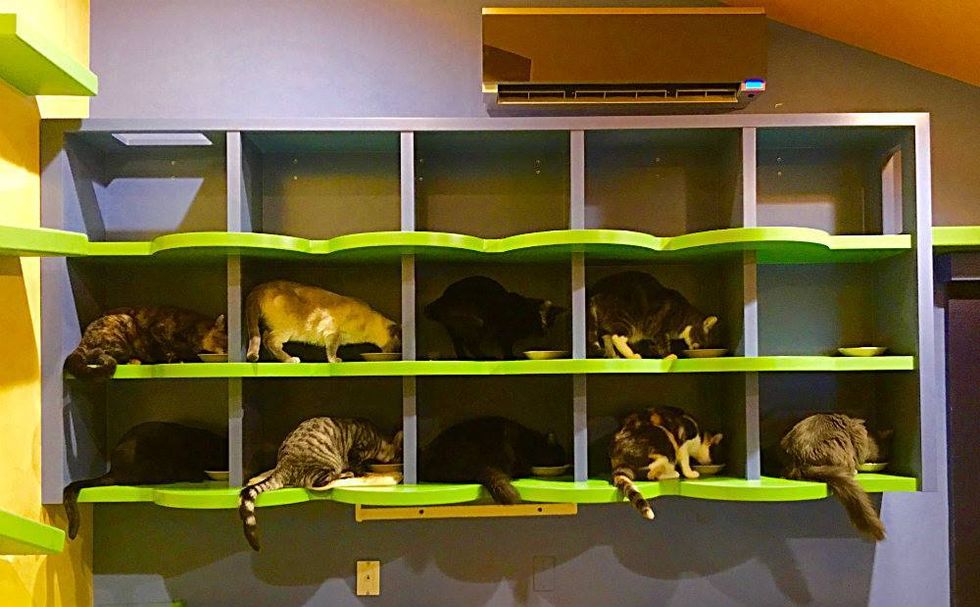 His cats led him to a cause that would soon change his life.

One of his cats, Peanut, was diagnosed with FIP (feline infectious peritonitis), a viral disease that occurs worldwide in wild and domestic cats. There is no real treatment for the incurable, fatal disease. Sadly, he lost Peanut, but that started his mission to raise awareness for FIP and money to find a cure for cats that suffer from it. 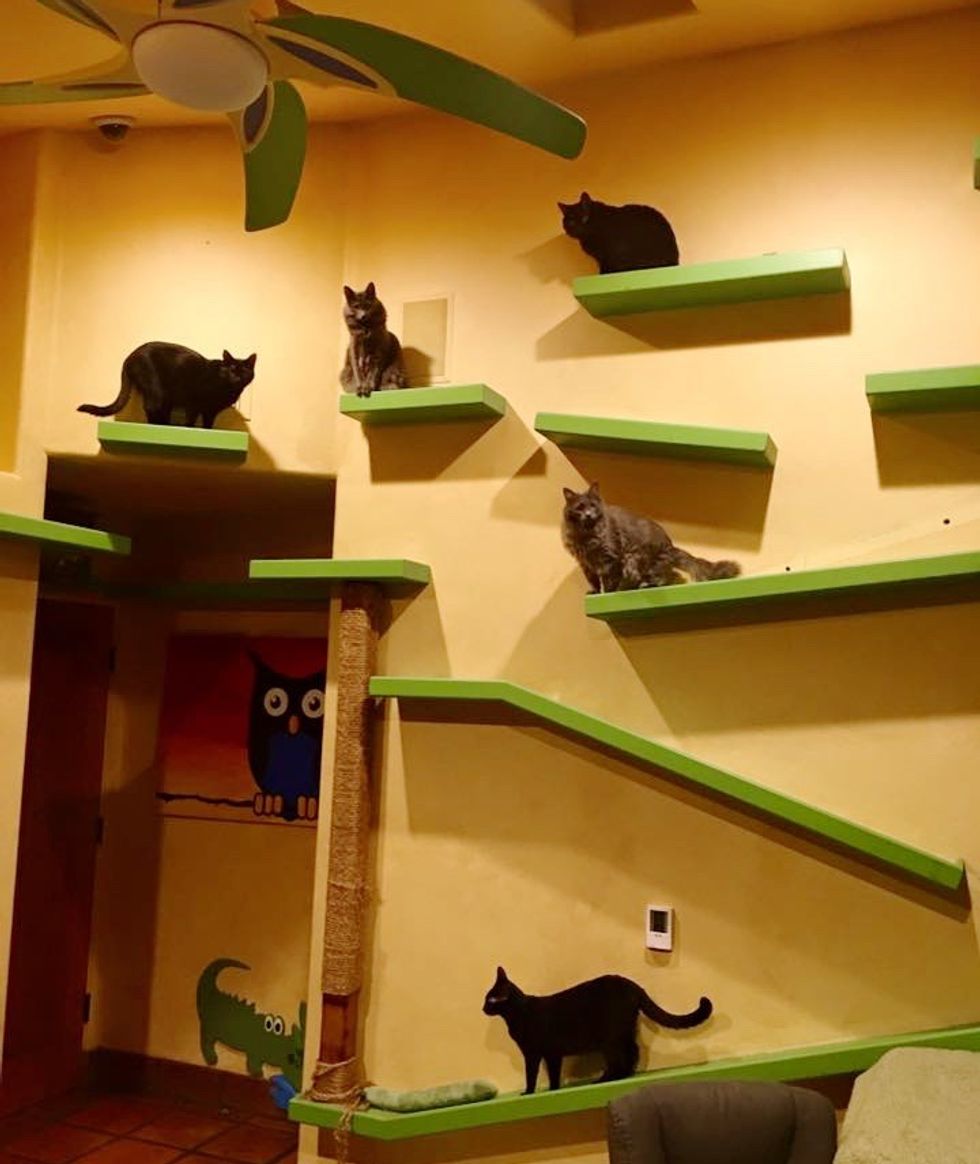 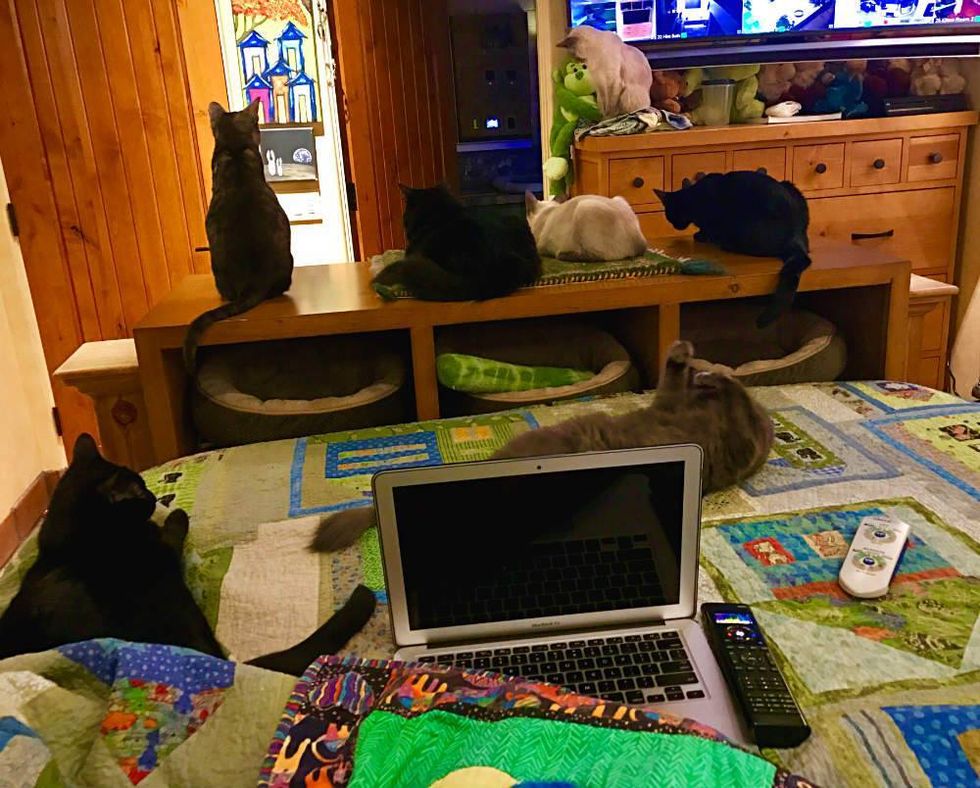 Cohen got in touch with researchers at the University of California, Davis where they developed a drug for cats with FIP.

Smokey the cat was found with FIP as a kitten. Cohen adopted him and put him on a new treatment. He is now doing very well and has been off his medication for several weeks. The progress he made has given Cohen a lot of hope. 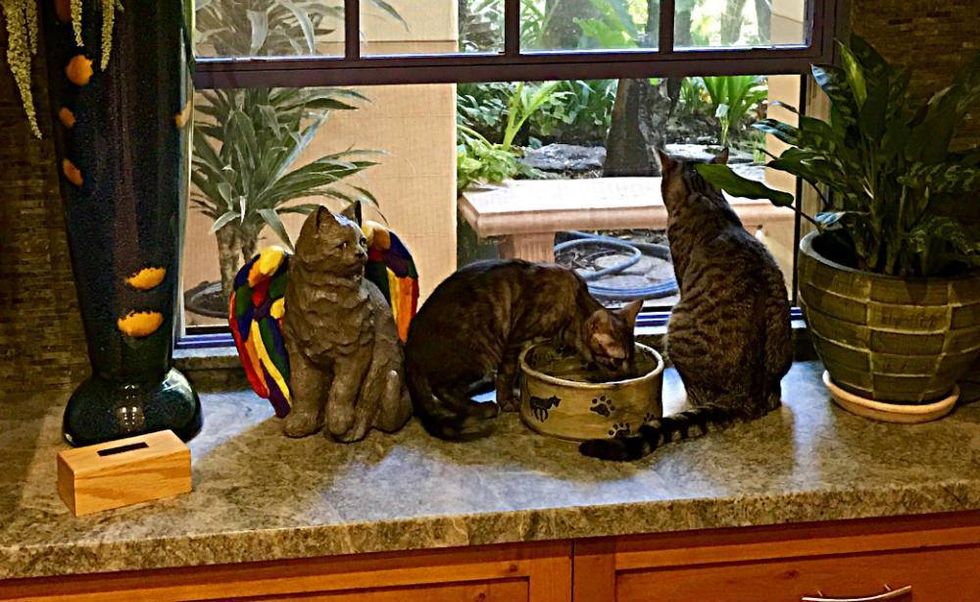 It started off as an idea to build a safe haven for his cats, and now led to the mission to help find a cure for cats with FIP.

"We humans cannot solve so many big problems," Cohen said (thedodo), "but we can solve little ones. Each cat we adopt from a shelter is one more sentient being that now has a home and love and care. It is that simple." 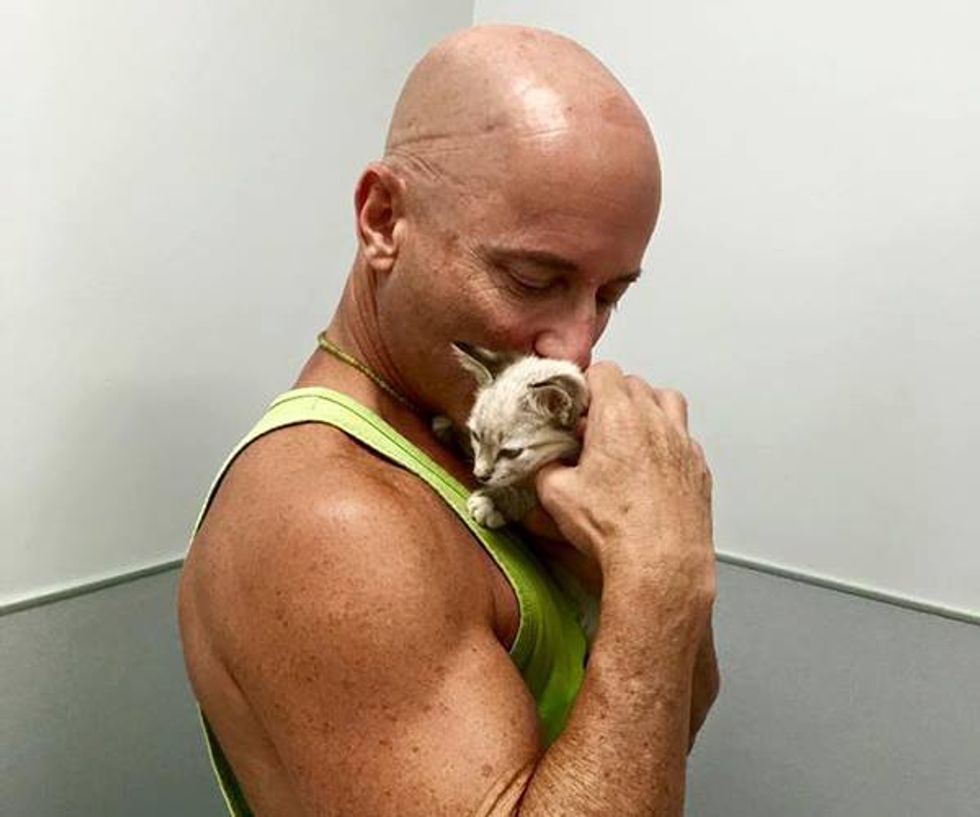