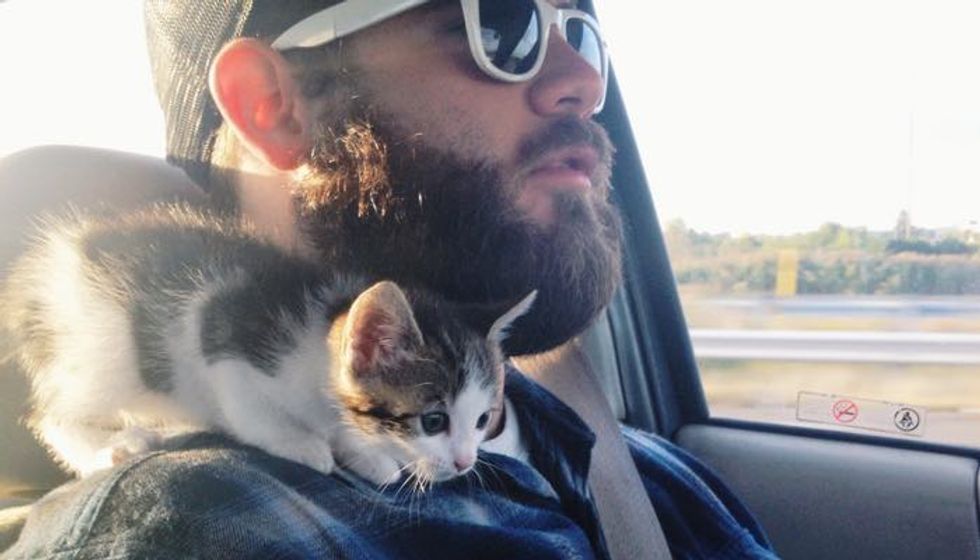 Meet Ham! A Tiny Kitten Strays His Way into His Forever Home

Meet Ham, a tiny stray found without a mom. They nursed him back to health and found him a forever home.

Ham's rescuer wrote: "I live in North Philadelphia, so there's bound to be stray cat everywhere. I was on my way to a friend's house when I heard him from a staircase, he was too small to get down the steps on his own, my guess is that his mom brought him up there and hadn't gotten back.

When they met Ham, he was the size of a can.

I brought him inside but we had to wrap him up in towels because he was an absolute flea bag, his belly was covered in dried blood from the flea bites, it was really so sad.

But we were able to give him baths, and bottle feed him until he was old enough to be weened off of the milk and live with someone else.

But he's big and warm and happy in a home in delaware now, so I guess everything worked out the way it was supposed to."

They nursed him back to health and gave him a lot of love and TLC.

They gave him baths to remove the fleas and fed him around the clock.

Soon he perked up...

...and became an energetic little furball.

He learned to climb on the keyboard...

He even made a furiend at his foster home.

Ham, on his way to his forever home.

"He's big and warm and happy in a home in Delaware now." Share this story!

Miracle Preemie Kitten with the Heart of a Warrior!