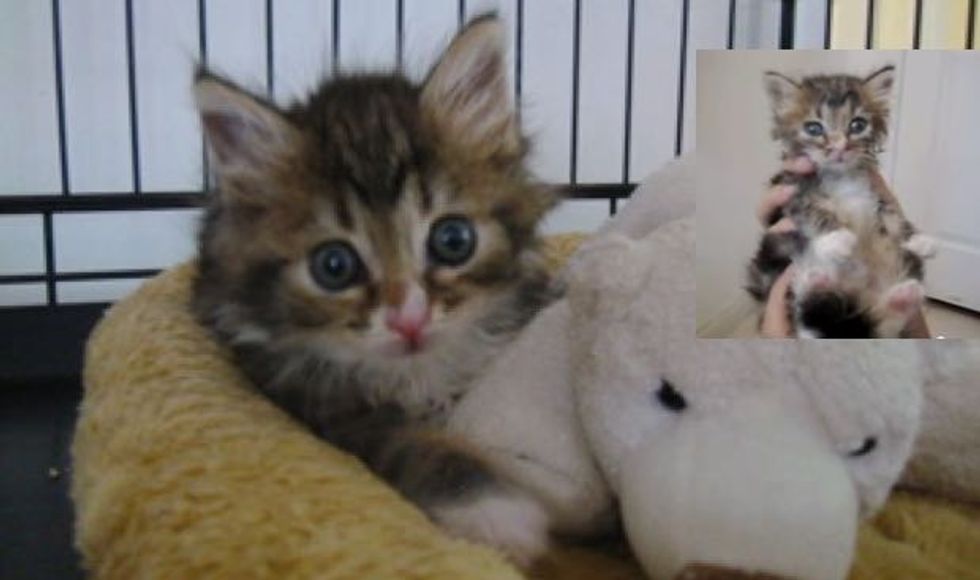 Mila the Miracle Kitty. This is How She Beats the Odds!

She was barely moving when they first saw her. Meet Mila, a little miracle kitty who pulled herself through a tough beginning. Thanks to people that didn't give up on her, she's made an incredible recovery.

"...my fellow rescuers and I were standing at the main counter of the shelter, which was just about to close. All of sudden, two women and a young girl came walking in with a shoebox," Bobby Rock wrote. They popped off the top to reveal one of the sickest cats they had ever seen.

"They explained that this kitten had pulled herself out from underneath their house where she had apparently been stuck. No momma or siblings to be found anywhere," he added.

They knew they couldn't leave the little sickly kitten at a shelter, so they decided to bring her home. While they were at a fellow rescuer/kitty expert's home for special food, meds and consultation, the lady told them that in 20 years of dealing with bottle babies and kittens, she had never seen a kitty so close to death who actually survived.

That night, they had to syringe feed the kitten every 30 minutes to keep her alive, even though she hated it.

"For the first few hours, we really didn’t know if she was going to make it."

The next day, Mila was visibly better, even started walking around. When they brought in the food, she was eager to eat! Her appetite came back!

They gave Mila a little stuffed toy to snuggle with.

Look at those eyes! D'awww!

One week later, they introduced her to their doggie Aunt Mooshka.

...and a very patient Uncle Benny

Watch Mila the Miracle Kitty and her journey in this video:

Mila today – wow! Can you believe this is the same kitty they first saw in that shoebox? (Bobby Rock)