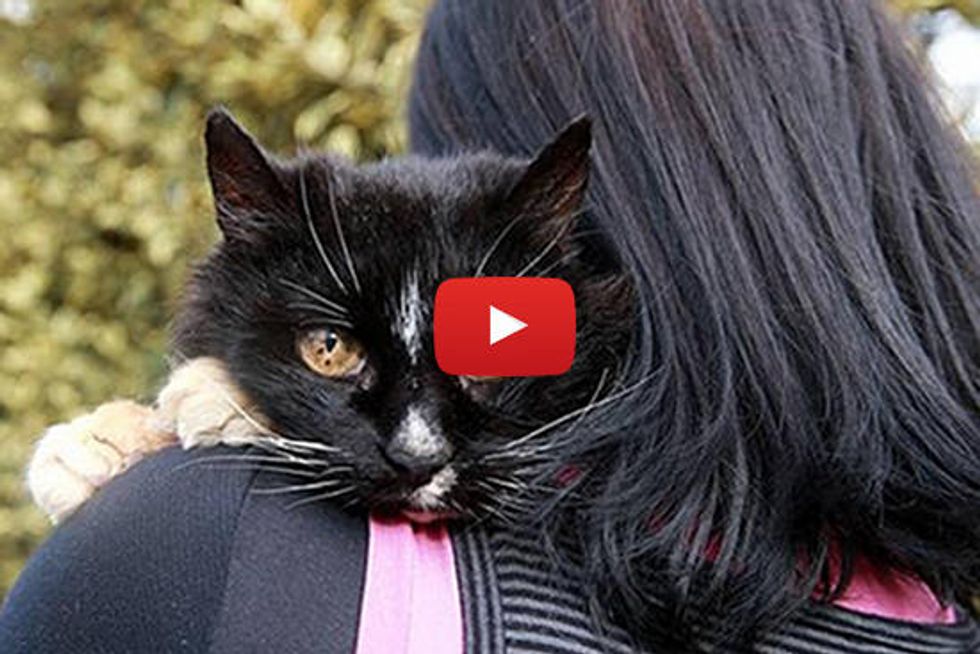 It was a miracle when a family’s beloved cat returned home 13 years after she went missing. Shelby the cat turned up in Paula Harper-Adam’s front yard the other day and shocked the family with her return. No one knows where she’s been, but the family is overjoyed that she’s finally home.

Shelby is older than any of Paula’s children. Initially Paula thought she was just a stray, so took her to the vet to get treated for matted fur and lice. It was then she began to wonder if the cat could be Shelby. She went home and dug up an old photo of Shelby.

"I took the photo back to the vet and the girls had a good look over her and the photo before coming back and announcing to me in the waiting room: 'She is your cat," Paula said.

"Never give up," Paula said.

It was a miracle when a family's beloved cat returned home 13 years after she went missing.

Shelby and her family. She's older than any of Paula's 4 children.