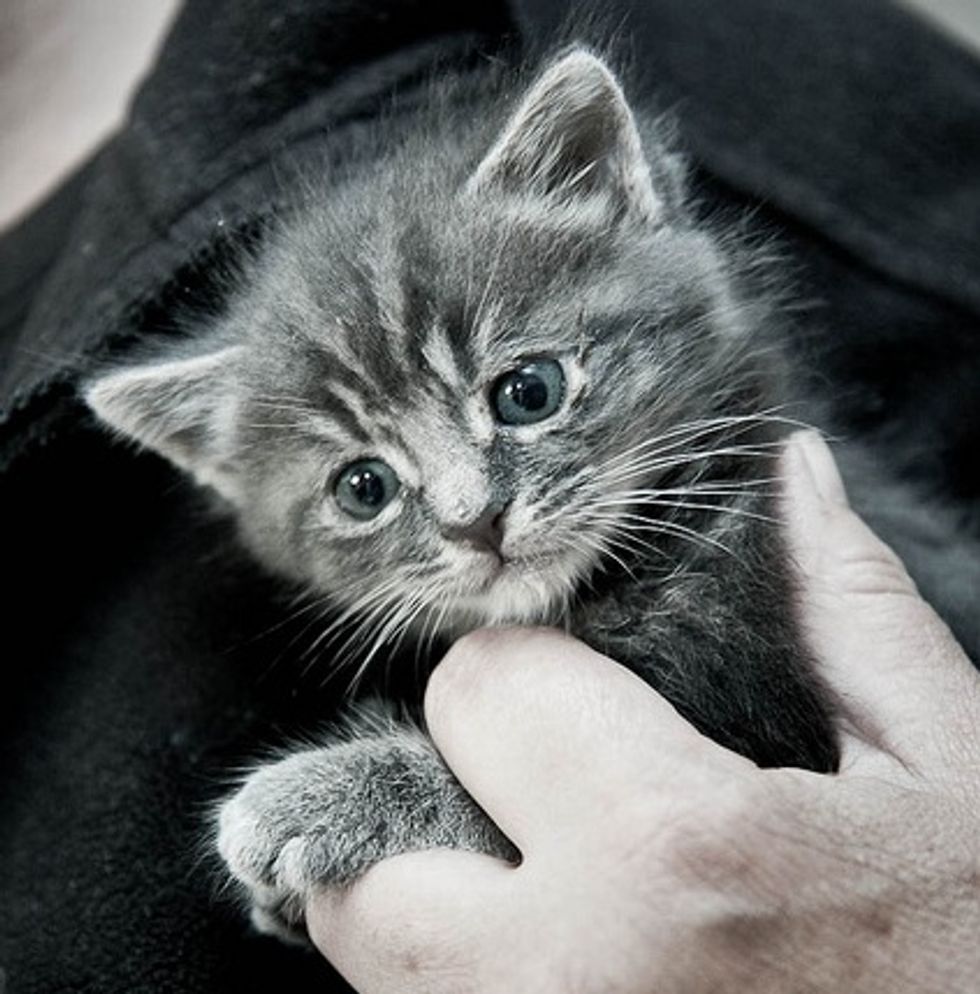 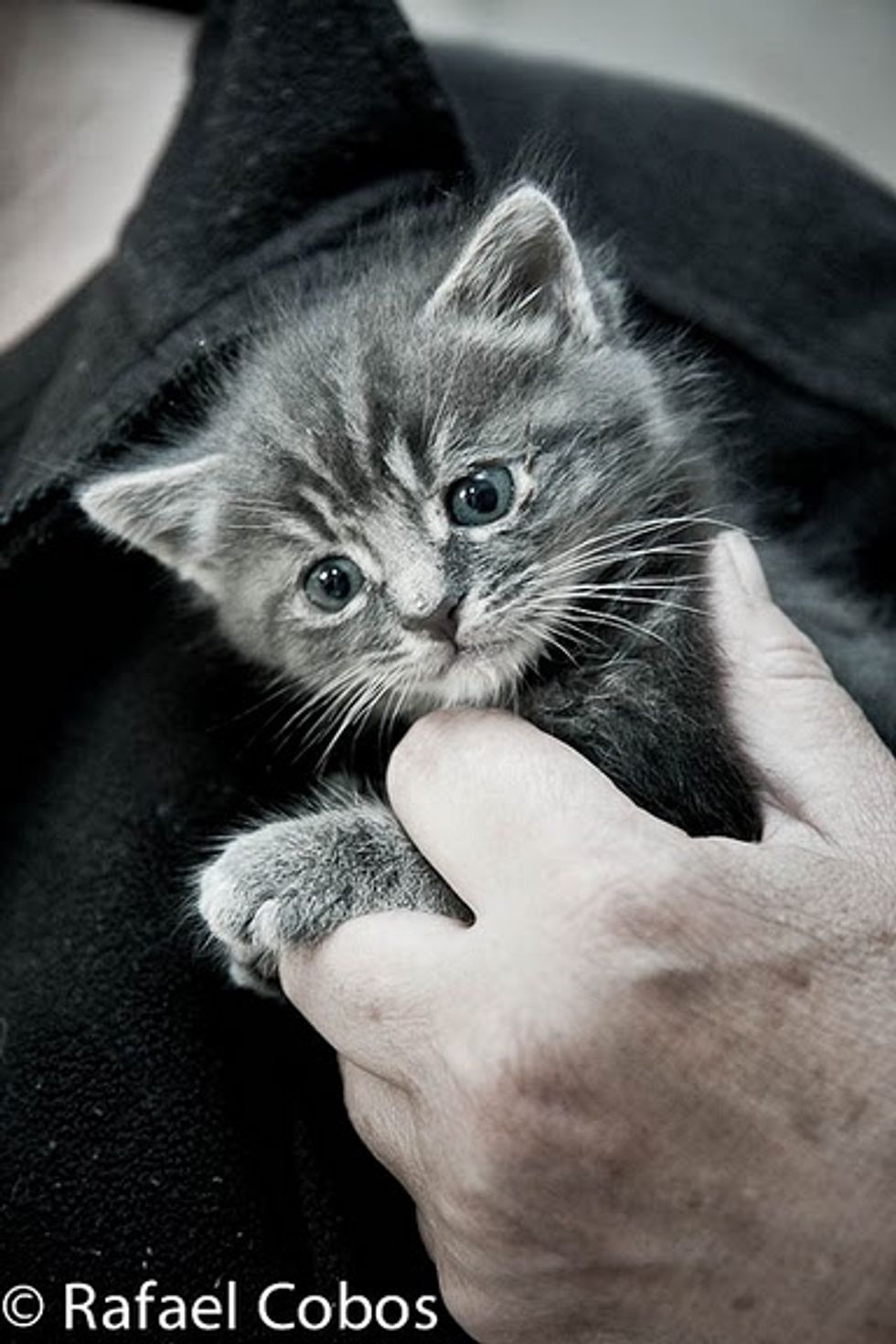 A heavily pregnant stray mother cat left a farm and came to Rafael Cobos's home. "She for whatever reason decided to make a nest in my front garden, behind large plastic bins," said Rafael Cobos.

"We had a period of bad weather and the mother cat, with two kittens, managed to happily feed one kitten but not the other. Soon after the kittens were born, the mother cat abandoned one literally on my front door step and cleared off, never to be seen again."

When Rafael brought the little kitten into his home, he realized that she was very ill. His dog, Pud, accepted her right away and took her under his wings like a father to a daughter. After a lot of tender loving care, the grey kitten, now named Moglet, has grown up to be a healthy lovely girl.

When Rafael brought back a rescued ginger kitten from the very same farm where Moglet came from, Moglet took to the littler kitten right away, bathing and caring for her as if she was trying to say that "everything will be ok."

Pud the dog became the surrogate father to both Moglet and the little ginger rescue. "The reaction from my dog has taken me by surprise. He is just over 9 years old which is about middle age and incredibly strong." 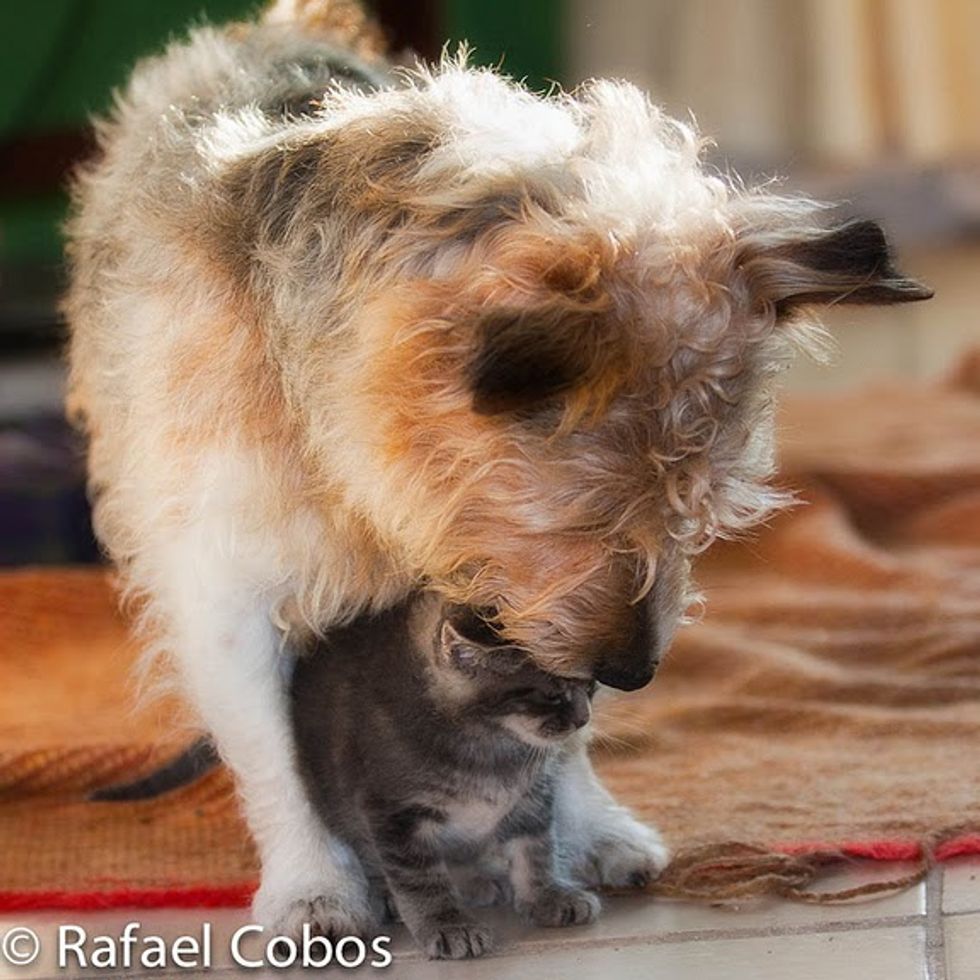 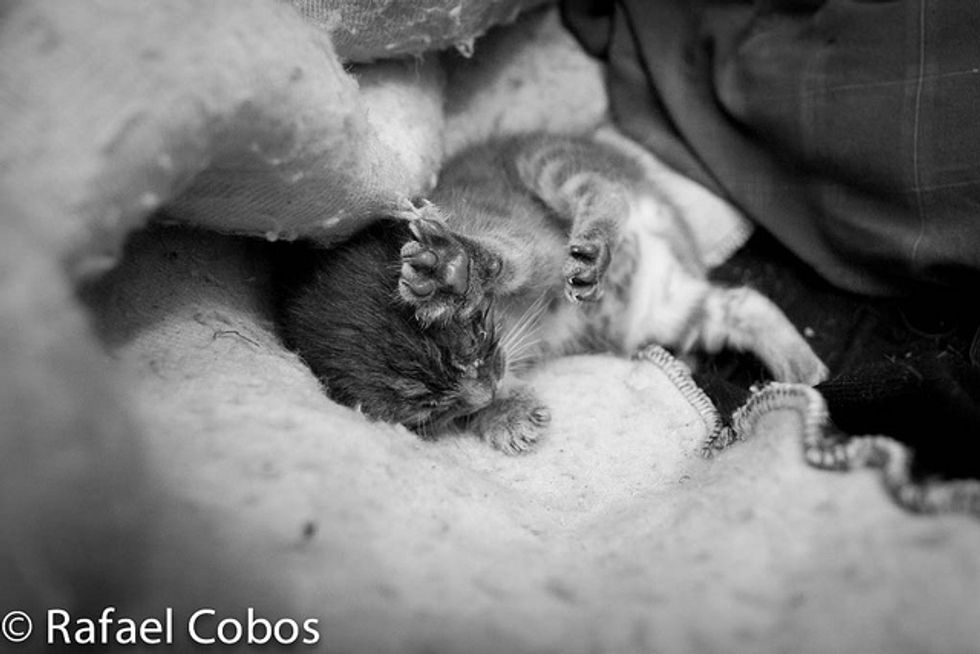 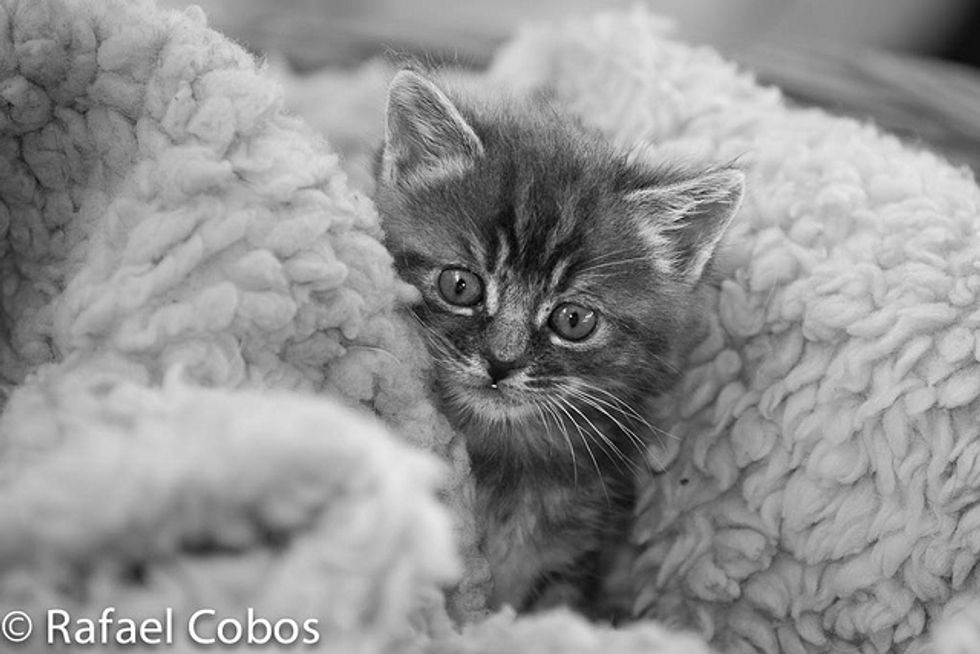 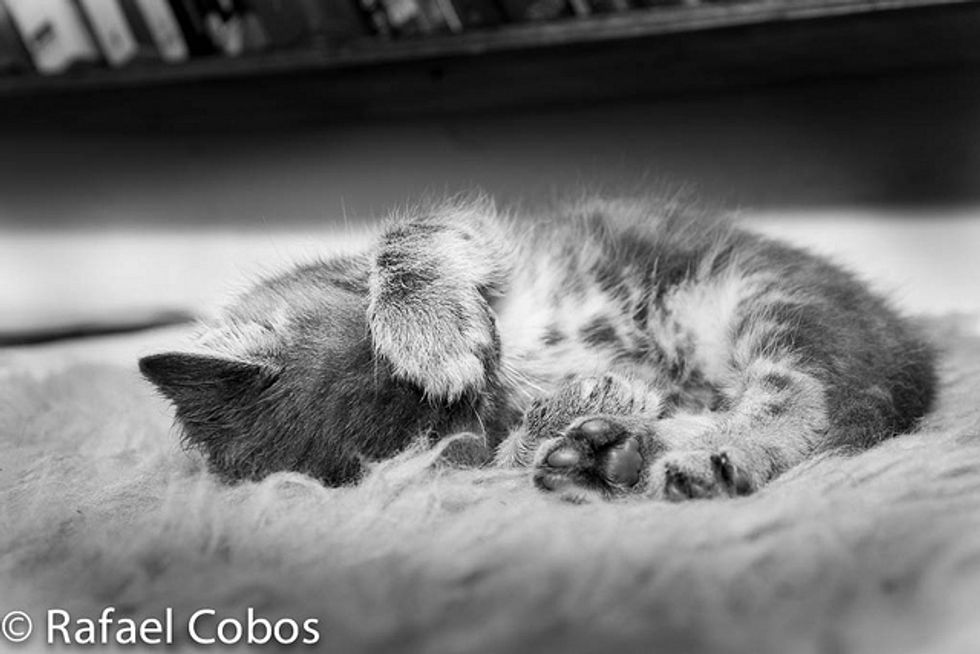 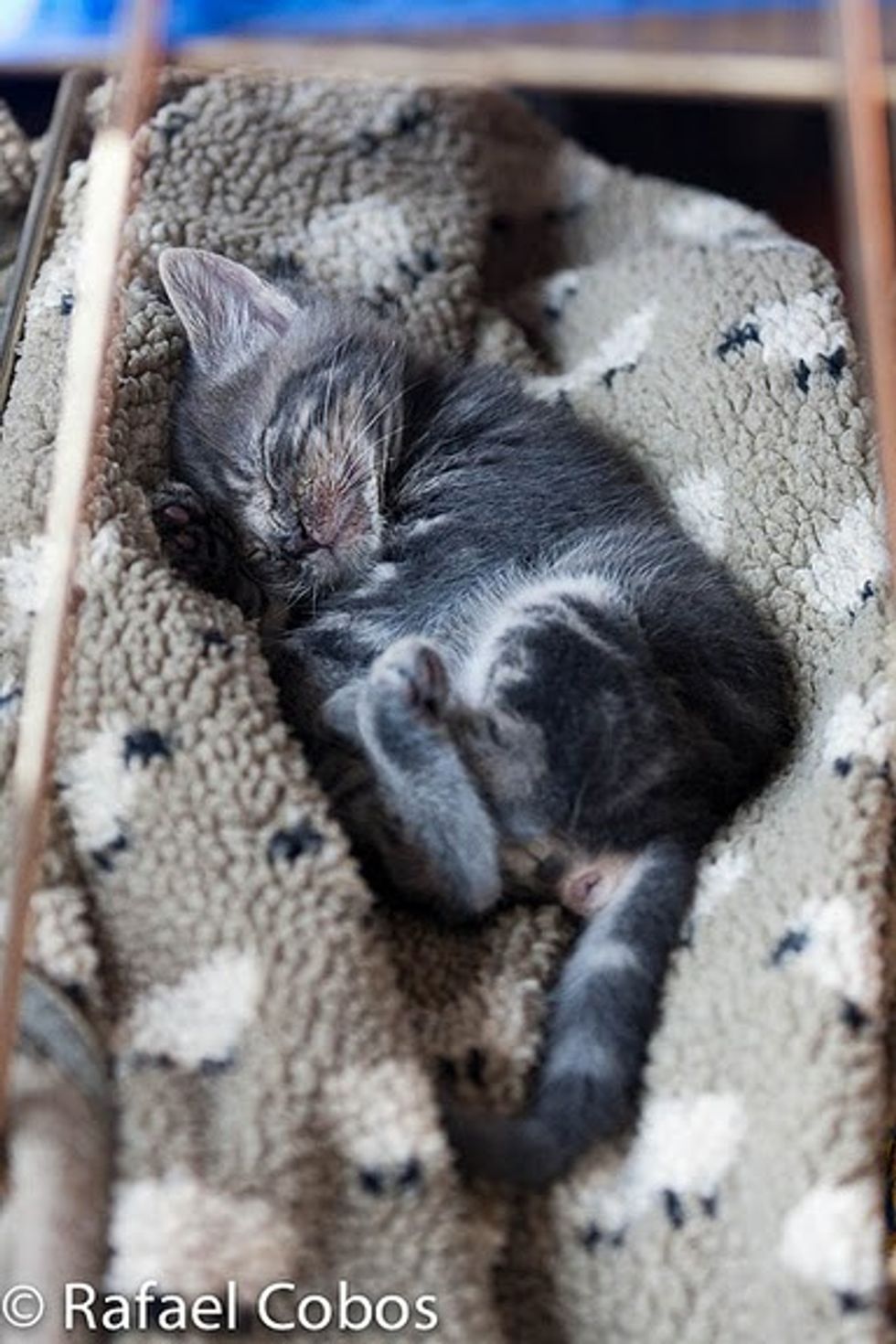 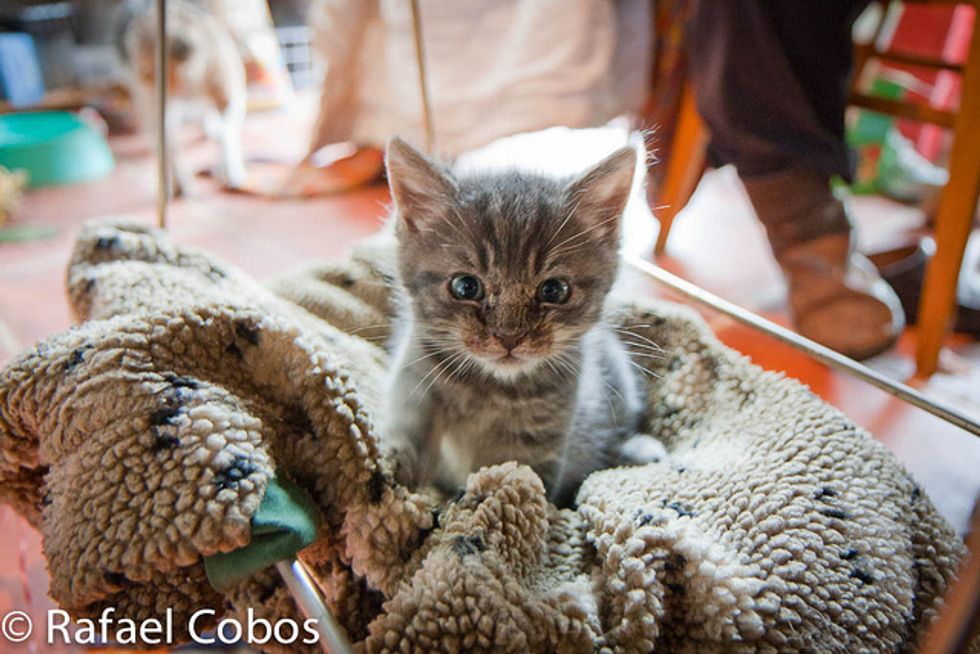 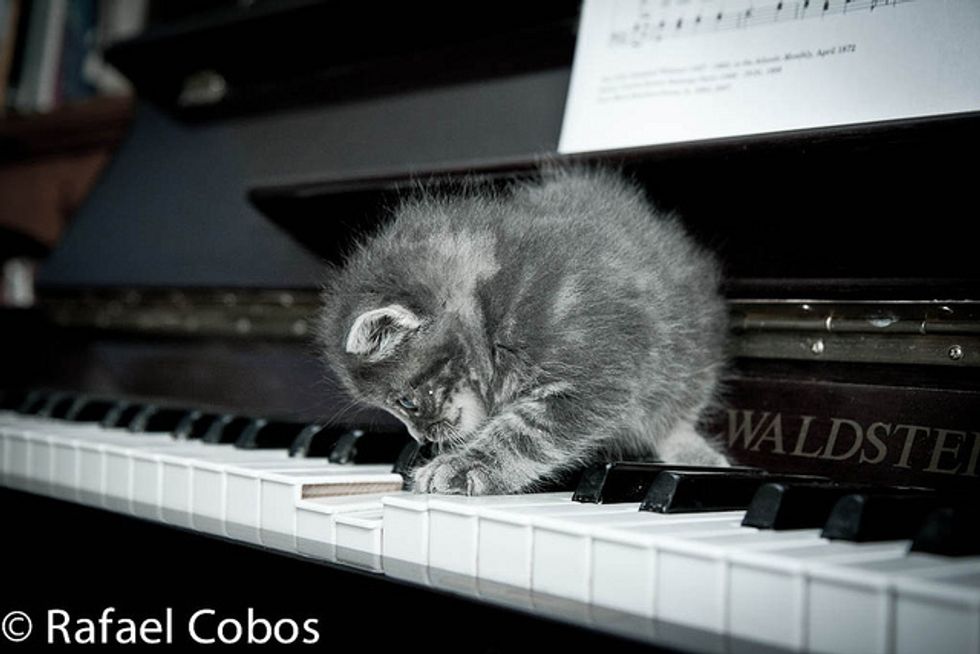 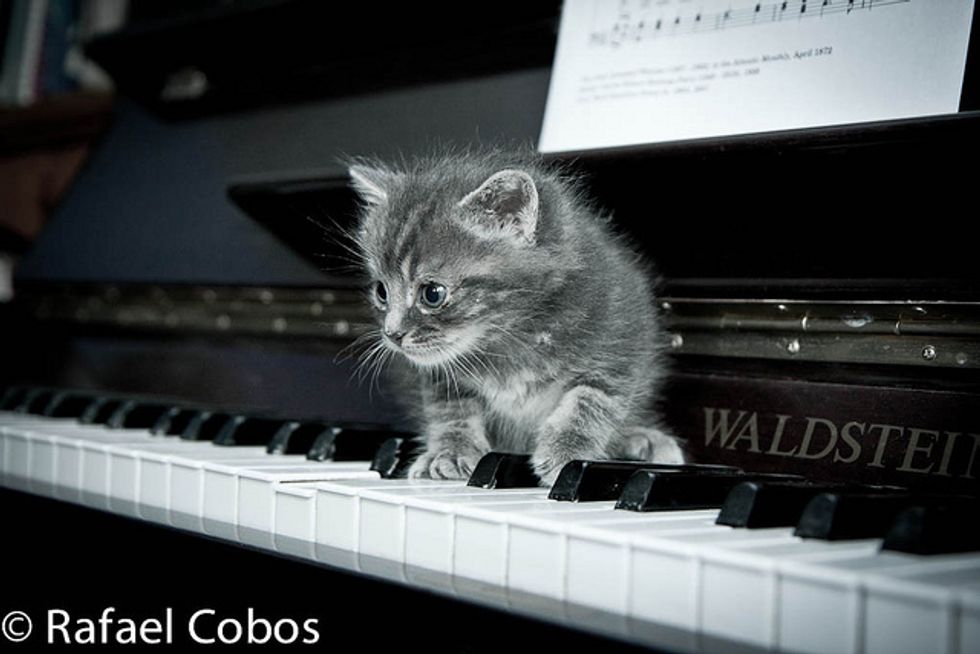 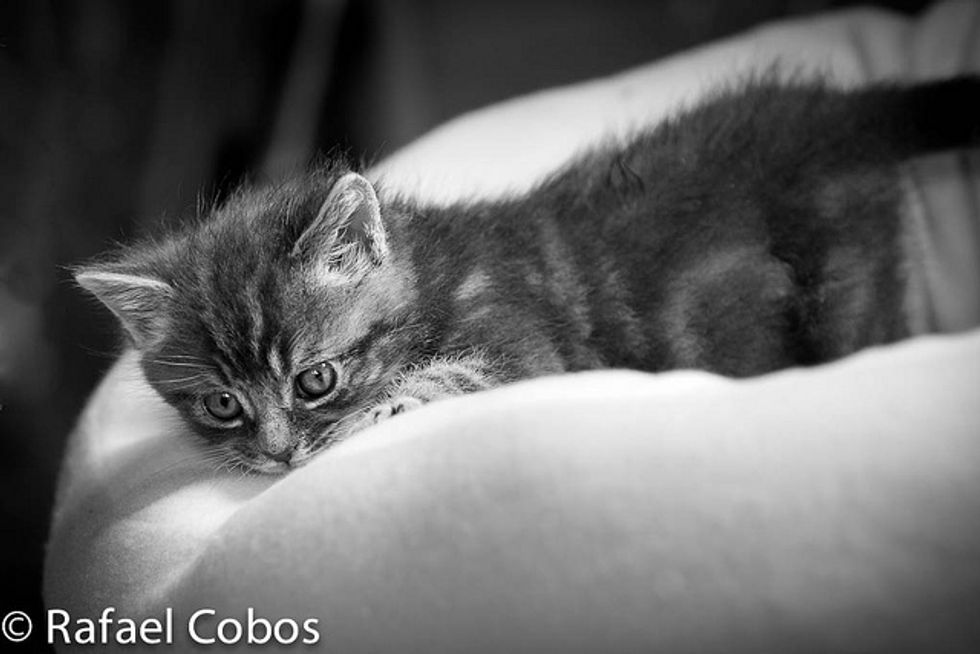 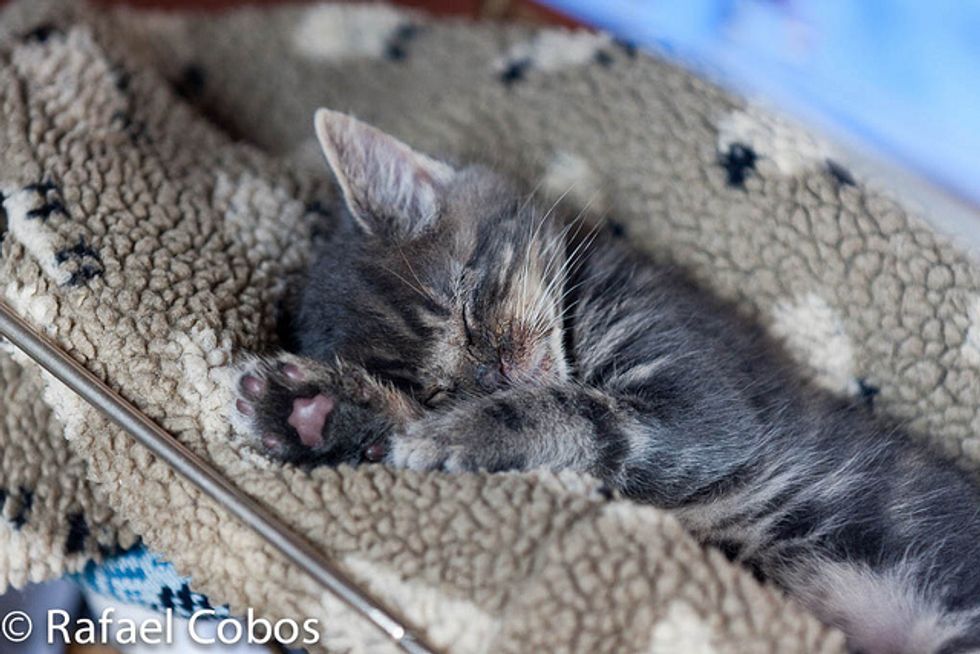 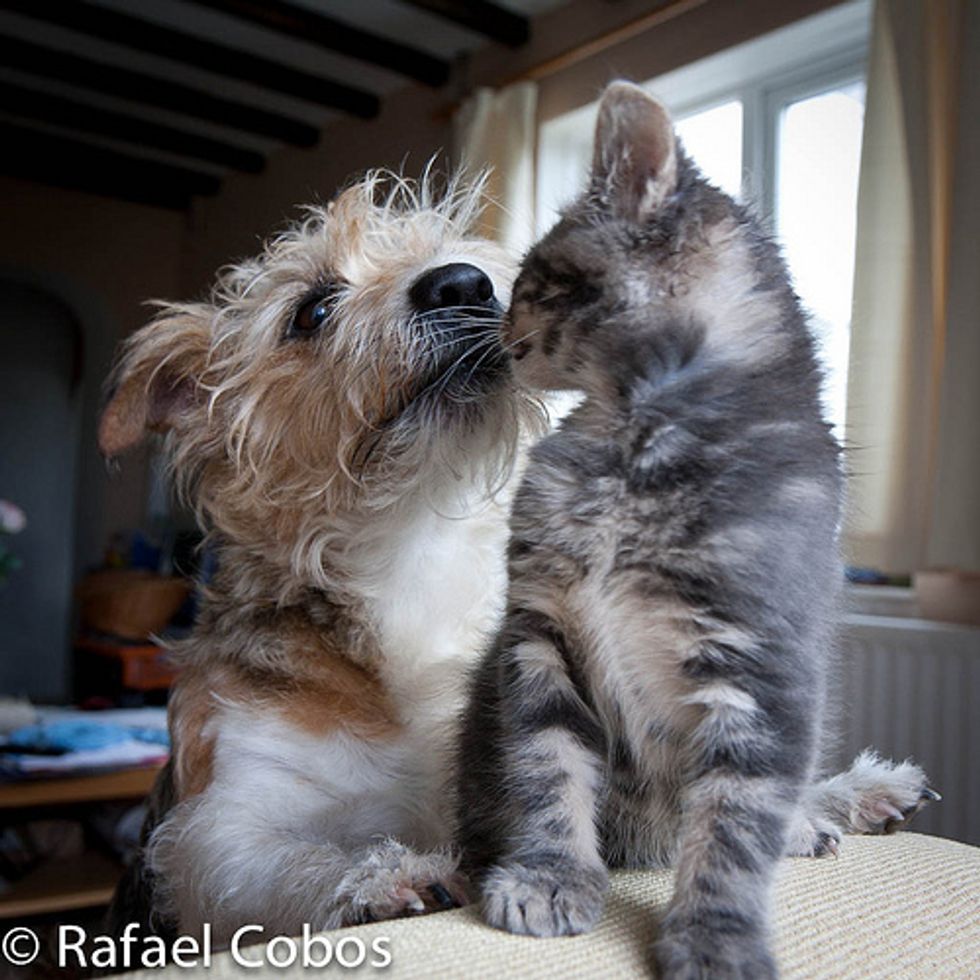 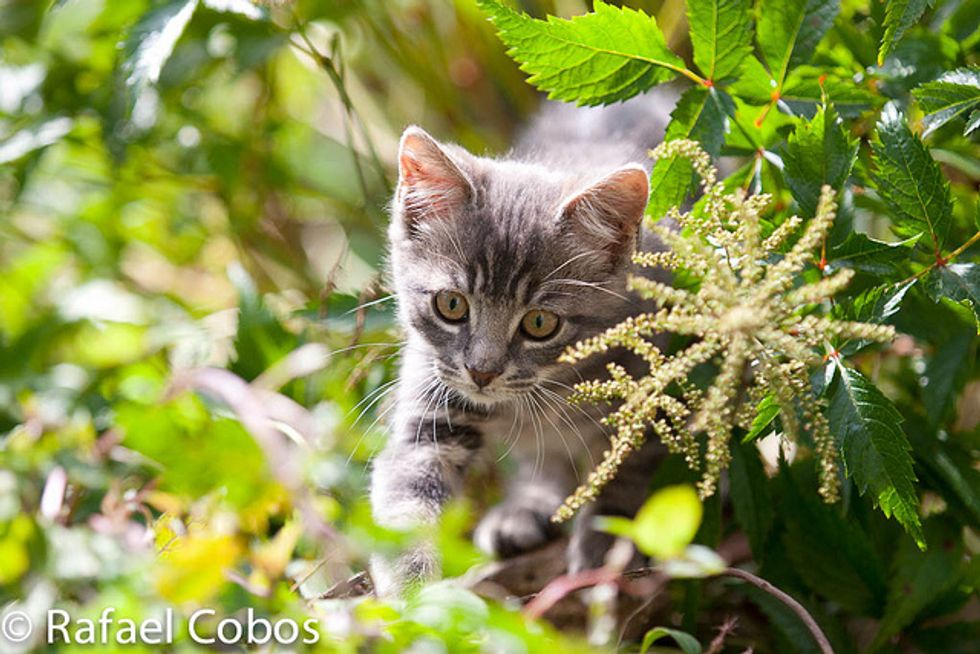 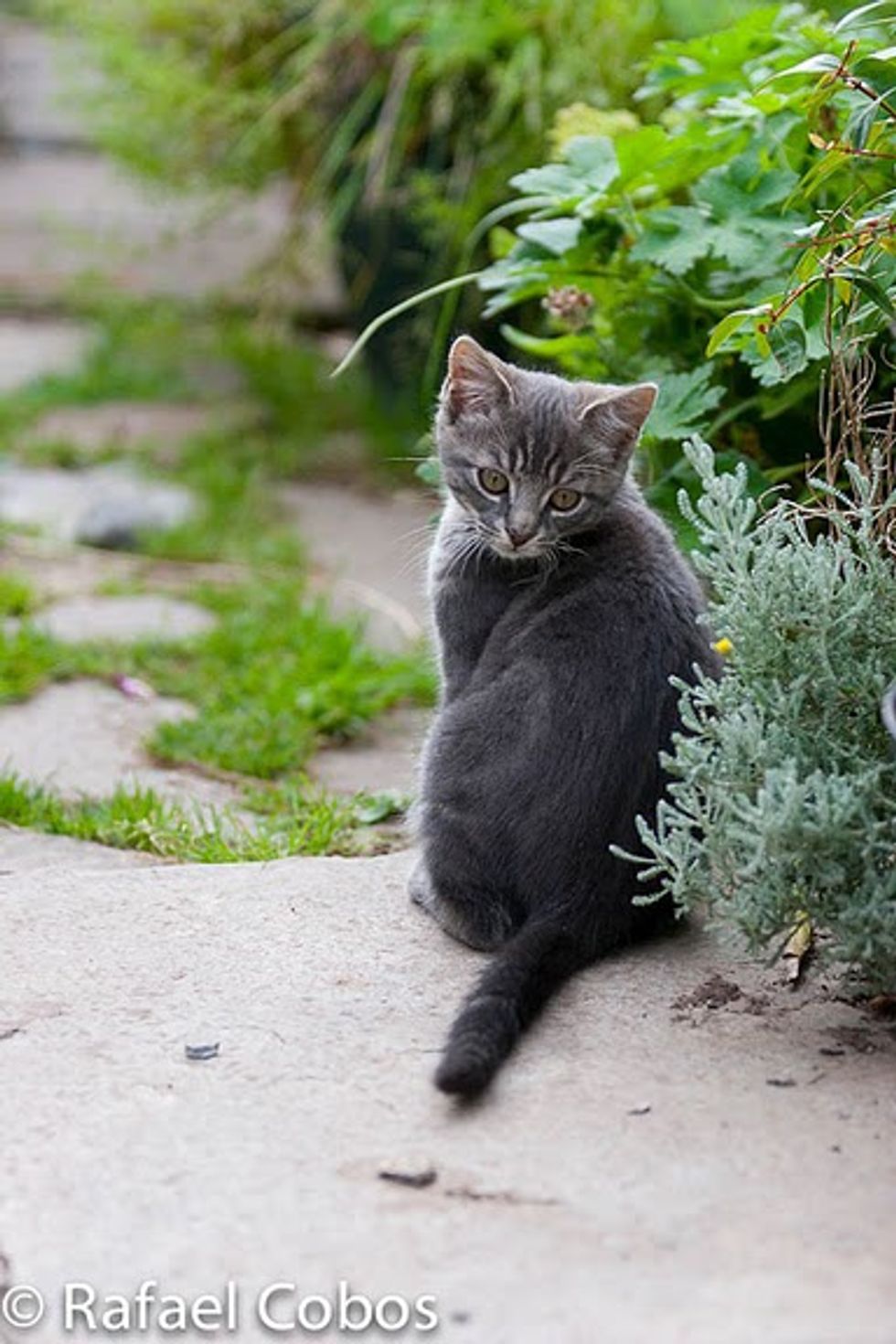 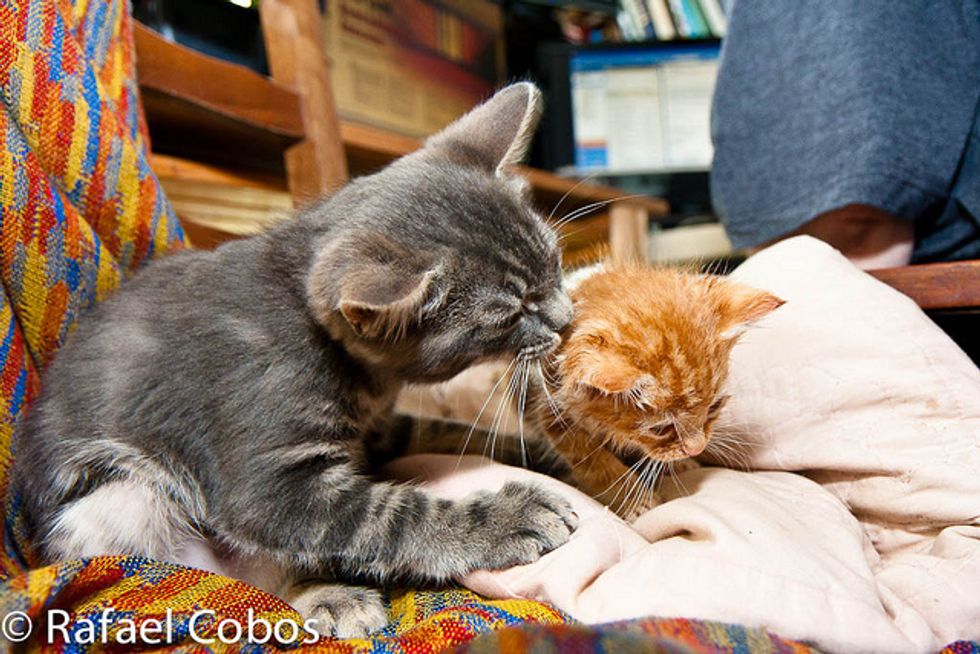