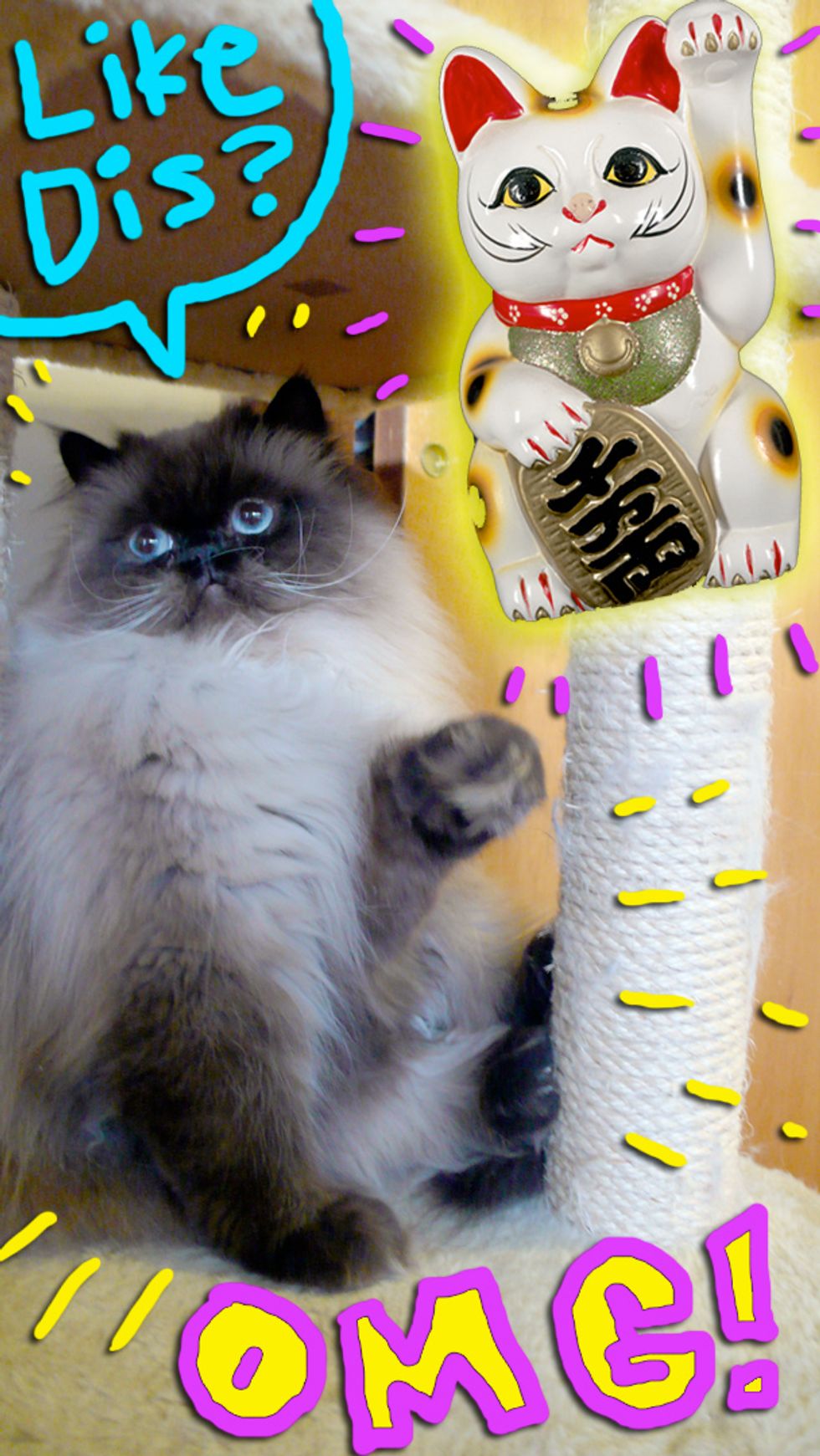 “My Himalayan Cat Goma Brings Sunshine to My Life”

I am from Japan, and I moved here (the US) about 10 years ago by myself. I thought I was always a dog person since my family had a dog when I was growing up. Then my brother in Japan had a cat name "Matsu", I just fall in love with her after spending a few months with her. She totally made me a cat person! I was kind of having a hard time in the US after many years, without family, close friends and there was the culture shock... a lot of things was getting to me. I was not sure at the time if I would settle down here or go home. I always wanted a cat and fantasized about having a cat. Then my mom, knowing how I was struggling, suggested that I should get a cat. I really really needed a companion, so I got Goma on March 31st 2007. It was the best day of my life.

Goma means "Sesame seeds" also he was named after a Japanese baby seal cartoon character "Goma-chan". He was the runt and was very gray when he was little. Though he wasn't the prettiest kitty out there, something about him really spoke to me. I just knew he was the one for me. He is the reason that I have decided to stay in the US and he is the reason that I have my life back.

I started a blog on May 2007, when Goma was about 5 month old, I just wanted to share some pictures of him with my family especially my mother. Instead of sending e-mail to her all the time, I set up a blog where she could post comments. I have a full time job and normally it has long hours. One thing I can not stand is to leave Goma at home. I kept wondering what he was doing, how he was doing all day long. I thought it would be great if I could have a live camera in my room so that I could see him during the day. I did a lot of research on the internet and finally was able to set up a live webcam aka the "Gomacam™" on my blog! I set that up mainly for me, but somehow other people discovered it. Very soon Animal Planet came knocking at my door and wanted to film us! That was really exciting!

I have 95+ Goma videos on Youtube (I know I know...so crazy) and one of his videos - "Cat VS Cotton Candy" - received a lot of views. I am also a graphic designer for a snowboard company. Goma is my muse in many of my designs.

I think people love my blog because they can see how much I love and adore Goma, and they can identify with that. I also think my blog is the window for me to connect with other animal lovers! It's been so much fun! I owe all these to my baby Goma.