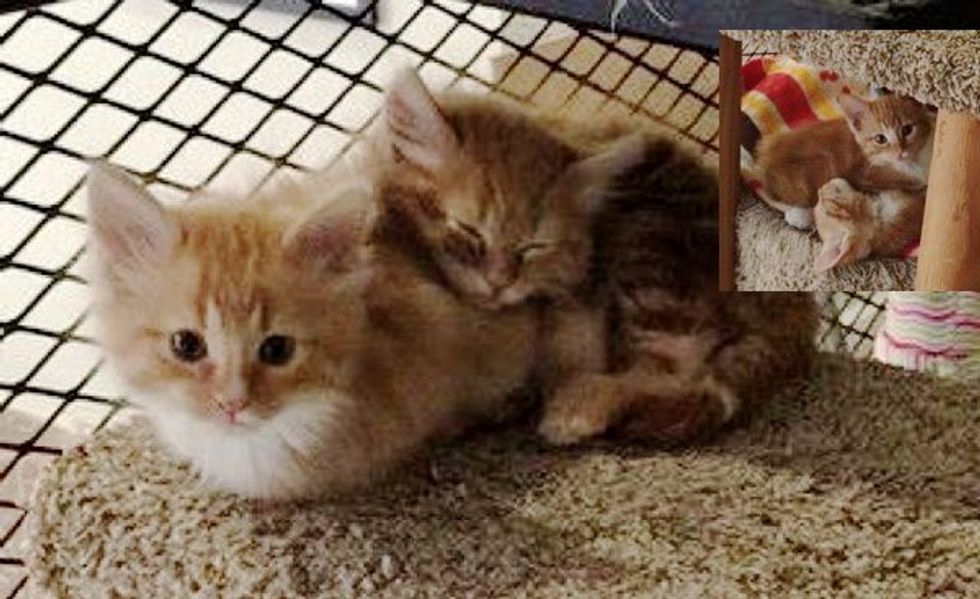 Office Sets Up 'Cat Library' for Rescue Kitties. Employees Can Hang out With Them and Help Them Find Homes!

A county government in Southern New Mexico has set up a kitty area in their office and even a cat committee to cater to these furry kitties in need of forever homes.

"My work has a 'cat library'. You can 'check out' a cat to take back to your desk for an hour. The (ginger) kitties are the newest additions to the 'library'!

From what the chairman of the cat committee (yes, it's a thing) told me, they were found behind a dumpster with the mama cat. They were brought to the main shelter, and the mama died a couple of days later. The kitties tested negative, but they were brought to us because the last bunch of cats had been adopted, and the condo was empty. That way they were able to be away from the other cats until they got the all clear," reddit user Loocylooo wrote.

Many people come to their building every day. Having a huge condo for these shelter kitties gives them a greater chance of being adopted. "The employees get to take them to their desk as a way to get them used to human interaction, and they also found that employee satisfaction went through the roof. Win-win!"

The 'cat library' has been there for over a year, and more than 100 cats and kittens have found their forever homes.

The cats are staying in the front lobby. "Our building has two floors and over 800 employees work there. My office mate is also highly allergic, so he just doesn't walk by the condo (it's a huge lobby).... I go sit with them in their cat condo during my breaks. It's the only way I stay productive."

These adorable kitties will meow at everyone as they pass by. "It is next to impossible to not at least stop and admire them."

"I even adopted a slightly older kitty from there after my son fell in love with her during a 'Bring Your Child to Work Day.'"

She's found a doggie friend in her forever home.