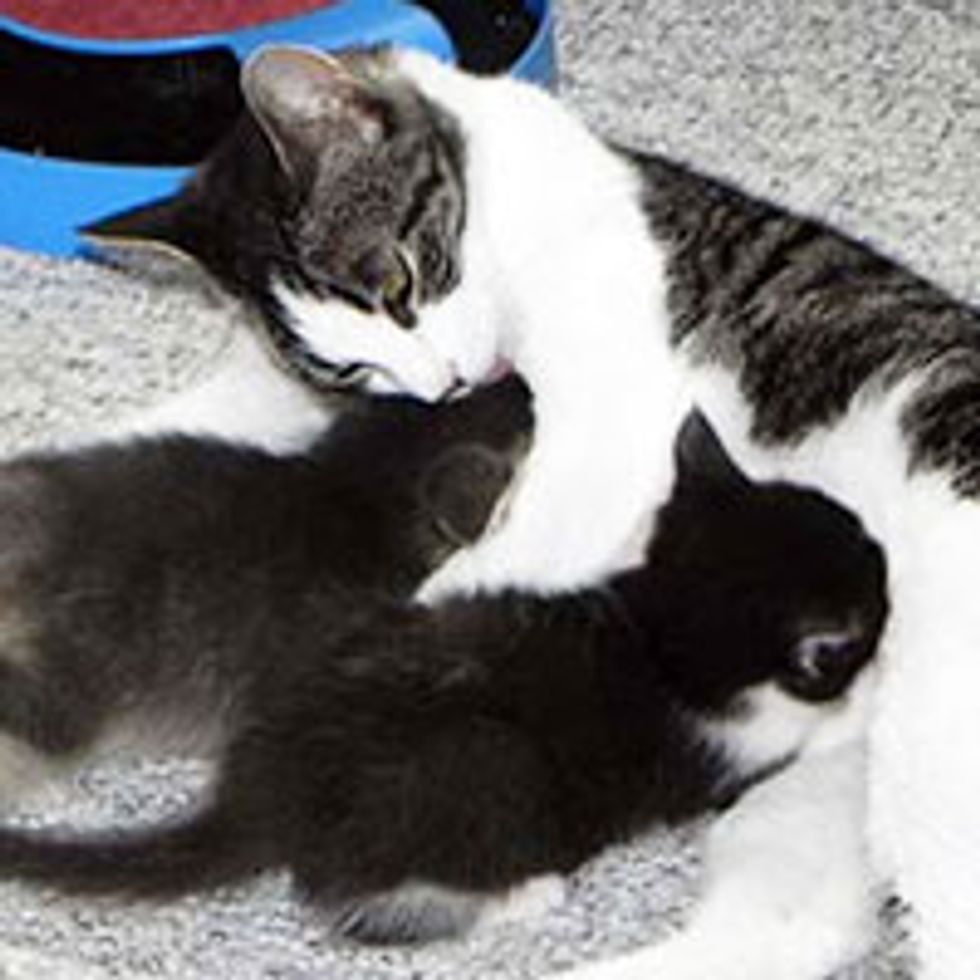 A litter of five tiny orphans were found and brought to Fran W.'s care when they were only 10 days old. Meanwhile, a mother cat with her own 6 week old kittens came to Fran for a second chance. She offered the kittens to the cat mama, hoping she would take them in. She did and became the mother they didn't have.

Without the mother cat, the mortality rate of kittens increases greatly, but thankfully, Hailey the cat mama stepped in to help along with the care and love from the foster family. Four of the kittens survived and thrived.

After Hailey was spayed, she went back to her foster home in a cone, but that didn't stop her from supplying the motherly care and love to her adopted kittens.

All of the kitties including mama Hailey have found their forever homes thanks to Fran W., a volunteer rescuer and foster mom who has fostered 86 furry ones so far.

When they first arrived in their foster home...

Hailey took to them and started mothering the kittens

The kitties were very tiny but big eaters

It's good to be loved

Busy Hailey takes time to groom the kittens while feeding them

Happy to see her adopted kittens after being spayed