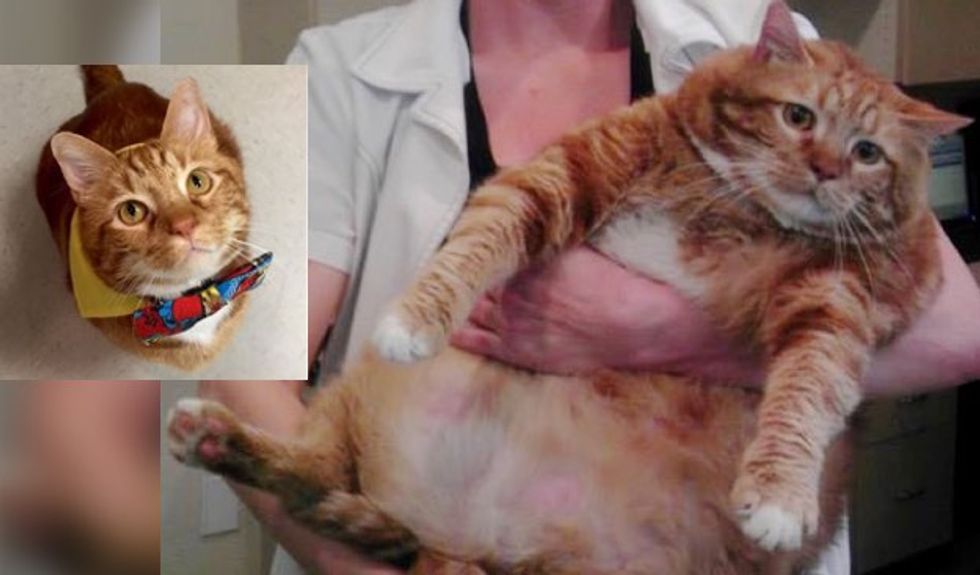 Rescue Cat Shed Over 20 Pounds from Obese to Healthy

It's been a long journey and Skinny the cat has lost more than 20 pounds. That’s more than half his body weight and now he weighs a healthy 19 pounds for his frame.

Skinny was found as a stray and brought into a shelter in Richardson, TX in September 2012. A woman found him lying on the lawn of her backyard.

Dr. Brittney Barton of HEAL Veterinary Hospital met Skinny one day and knew she had to help. As his weight loss journey progressed, she became attached to her little feline patient and decided to adopt him.

He was found at a whopping 42 pounds.

He was put on a special, controlled diet and an exercise plan, and his weight started to melt off.

"I can fit into this box meow!"

Skinny was adopted by Dr. Brittney Barton of HEAL Veterinary Hospital. He likes to roam the clinic halls and keep the staff company.

When someone takes a nap at the clinic, Skinny offers some snuggles.

Look at Skinny now! What a handsome and healthy boy!