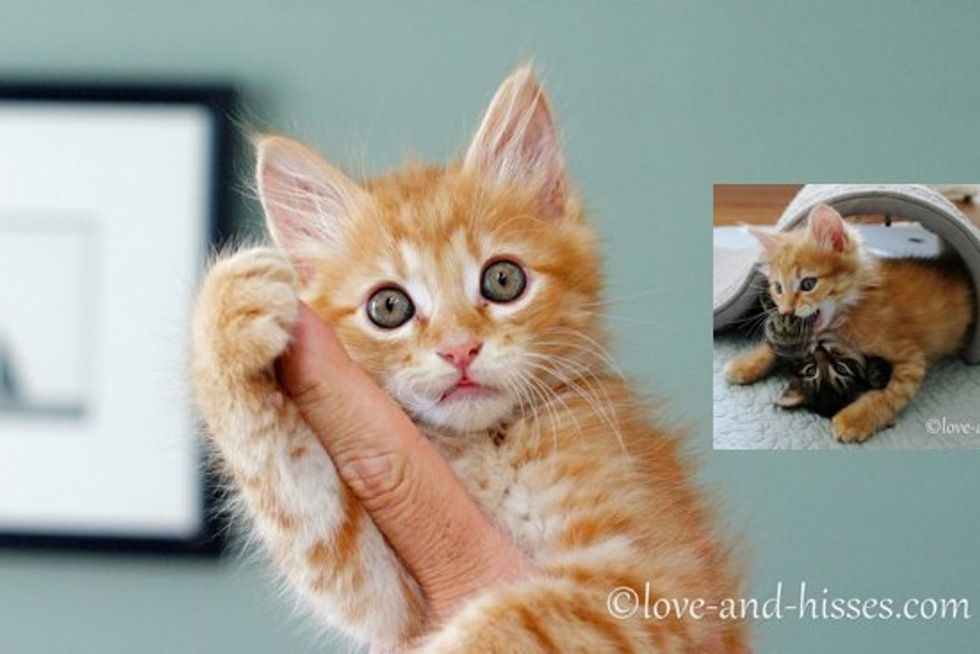 When a rescue ginger kitten, who desperately needed friends, was introduced to a litter of kittens, he became the happiest kitty he could be.

"PW was a singleton who’d been at the shelter for a few weeks, and desperately needed to be around other kittens his own age," said Robyn Anderson via Love and Hisses. "Ralph, Trader Joe, Von and Winn Dixie were a litter born at a vet’s office, and were about a week younger than PW."

Robyn knew they would make the perfect siblings for PW.

Now PW can't get enough of playtime with his new fur friends. "They’re sweet, friendly, extremely playful kittens, and after some initial hissiness between PW and the other four, they get along great and play together like crazy."

Meet PW, a tiny ginger kitten found at a grocery store (Piggly Wiggly). He was at the shelter for a few weeks, desperately needed friends.

Robyn, the fosterer, picked up the little guy and introduced him to a litter of foster kittens. PW became the happiest kitty he could be.

"Excuse me! Can you play with me?"

"Can you play with me now?"

"Yay! You are playing with me!"