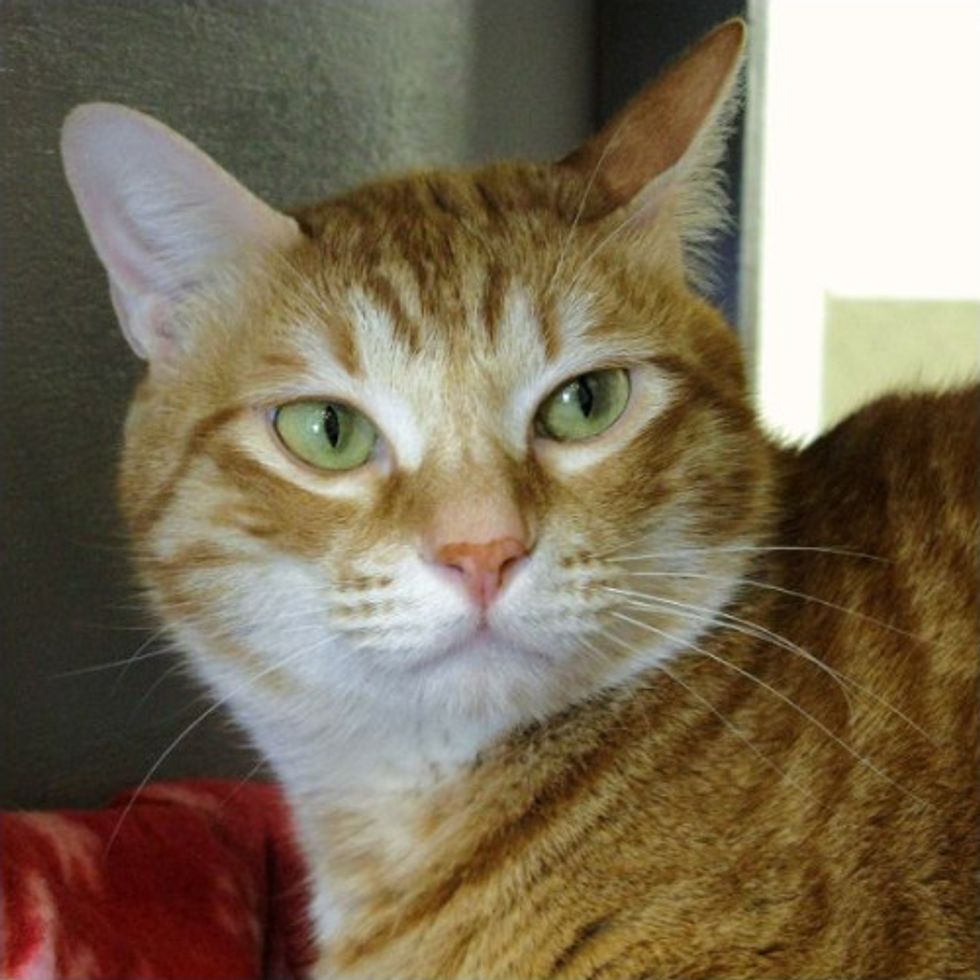 Once upon a time, Mango held the honor of having traveled farther than any other cat to get to Tabby’s Place.

Sure, Mango’s home state of Arizona is about 2,000 miles from Ringoes, NJ. But in comparison with Okinawa, Japan…well, we can practically see Arizona out the sanctuary windows. I promised I’d tell the full story of the Okinawa kids, and today I make good on that promise.

Sorry, Mango, but you’ve met your match: it is nearly 8,000 miles from Okinawa, Japan to Ringoes, NJ. For a young Marine (who, for reasons that will immediately become clear, shall hereafter be known as Hero Marine), no distance was too far to save three lives.

In 2009, the active duty United States Marine began feeding a mother cat and her kittens outside his apartment. Hero Marine was devastated when his housing agency ordered him to stop feeding the felines. Each day the cats grew weaker, and Hero Marine could not live with their starving to death. Determined to save the cats, he donated $1,000 - an extraordinary sum for a young serviceman - to have the cats rescued, sterilized and given medical treatment.

Alas, the felines were still in grave danger. The shelter housing the cats was to be demolished in mid-2010, at which time the cats would be euthanized by mass gassing.

Even among many OAARS members, it was considered unlikely that Tabby’s Place could possibly want frightened cats from half a world away. But, as a sanctuary for felines in hopeless situations, we had never restricted cats based on age, personality, medical need, or distance. That promise wasn’t about to change with our first international rescue.

Following a flurry of activity on both sides of the Pacific, plans were made for the three lucky cats to make their trip to safety. On April 24th, the tabbies braved a 34-hour flight, and were welcomed into the loving arms of Danielle and Jess, who picked them up at JFK International Airport. We couldn’t help but honor the cats’ Japanese heritage - and their remarkable American and Okinawan rescuers - by naming them Miyagi, Kimiko and Pikachu.

All three cats are now healthy, growing in confidence, and available for adoption here at Tabby’s Place (where, as you know, they live in “Suite Marmalade” with Steve, Dobro, Willie and Valencia). Their mother, Katana, has been taken in by OAARS volunteers Amanda Nemeth and Air Force Staff Sergeant Andrew Nemeth, stationed at Kadena AFB in the 18 EMS squadron.

For three very lucky cats - not to mention all of us grateful human beans - it’s all a sweet reminder that our Military community does much more than keep us safe.