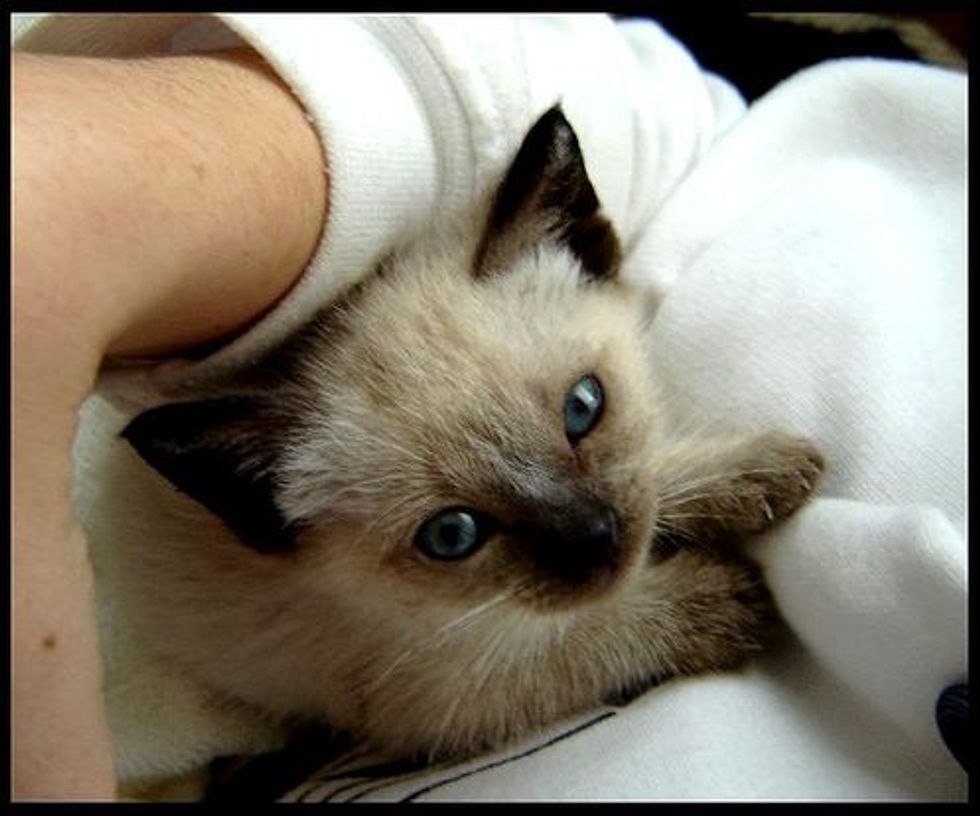 Gisele Floriano and her sister had always been dog lovers until they met Sophie, an orphaned kitty who touched their hearts with her story, personality and endless energy to live her life to the fullest.

Sophie is four years and 10 months now. I lived with my sister back in 2005, in Florianopolis (south of Brazil). We were there to attend college and were away from our parents and pets. So we decided that we needed a pet to share the apartment with us. We were always dog people, so we started looking for a small dog because we lived in a small apartment. We wanted to adopt a pet and not to buy one. So my sister went to this adoption fair and when she arrived there, she was introduced to Sophie, an orphaned rescued kitten.

At first she was reluctant because she was looking for a dog. Then the shelter lady told her the story - Sophie was found by herself walking in the streets alone with just about three days of life. She was very thin and weak and would require intensive care. After the lady finished the story, she brought Sophie to my sister. Tears started streaming down when my sister saw Sophie, because she looked so feeble and scrawny. My sister thought Sophie was meant to be with us so she brought her home right away.

Sophie was the first cat we ever had and ever had contact with, so it was very challenging for us to understand everything she needed. Cat behavior is way different from dog's but we made our way through it with all the care and love we could supply. She had treatment and started to gain weight. Very soon she became a very active kitty. From then on, we had only great stories about her.

She loves to play and never sleeps if there's someone available to play with her! She is extremely curious and I believe that is the reason she loves being photographed. She stares at the camera a lot, I guess she is trying to understand what the camera is. Since she's an indoor cat, what she enjoys the most is stand by the window, watching birds flying between the buildings.

Sophie is a very brave kitty. She has inspired us and brought so much joy into our lives.