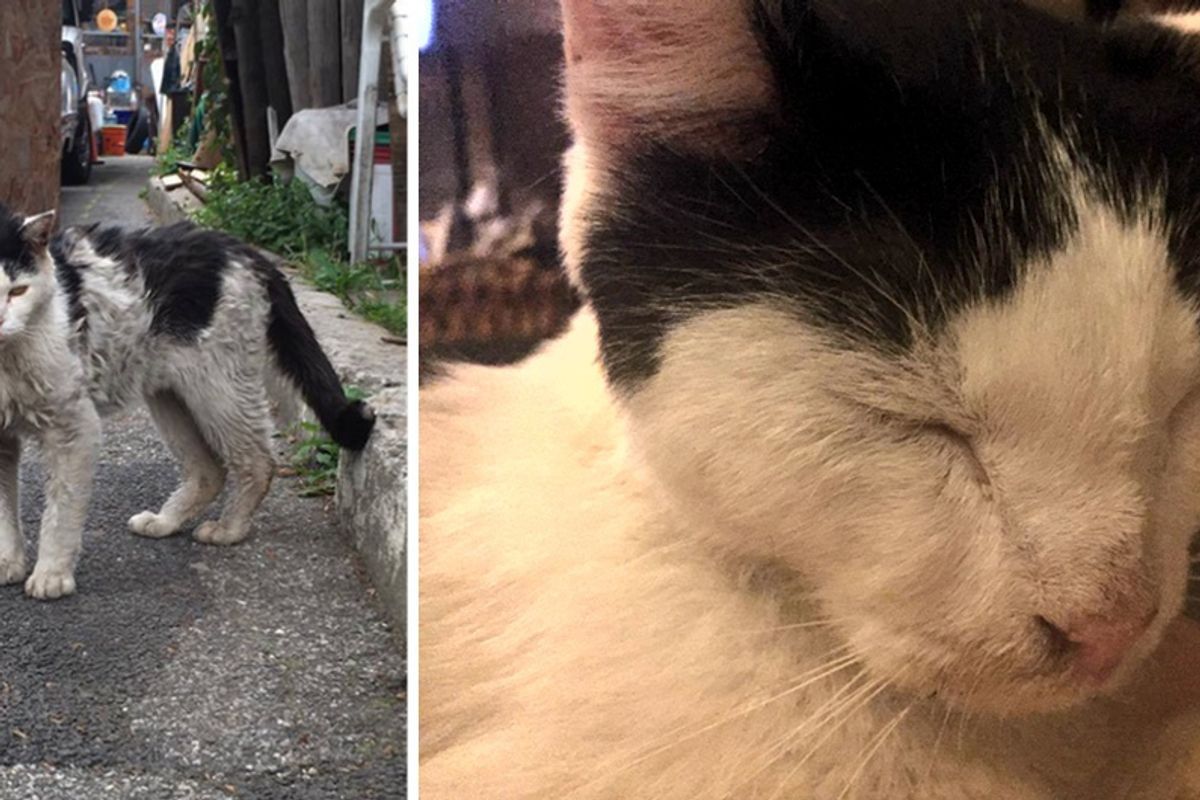 A kind woman was out for a walk in the Bronx when she was greeted by a very scrawny kitty covered in filth and matted fur. He hobbled up to her, meowing for help.

She gave him a can of cat food, took him off the streets to get help and turned his life around. 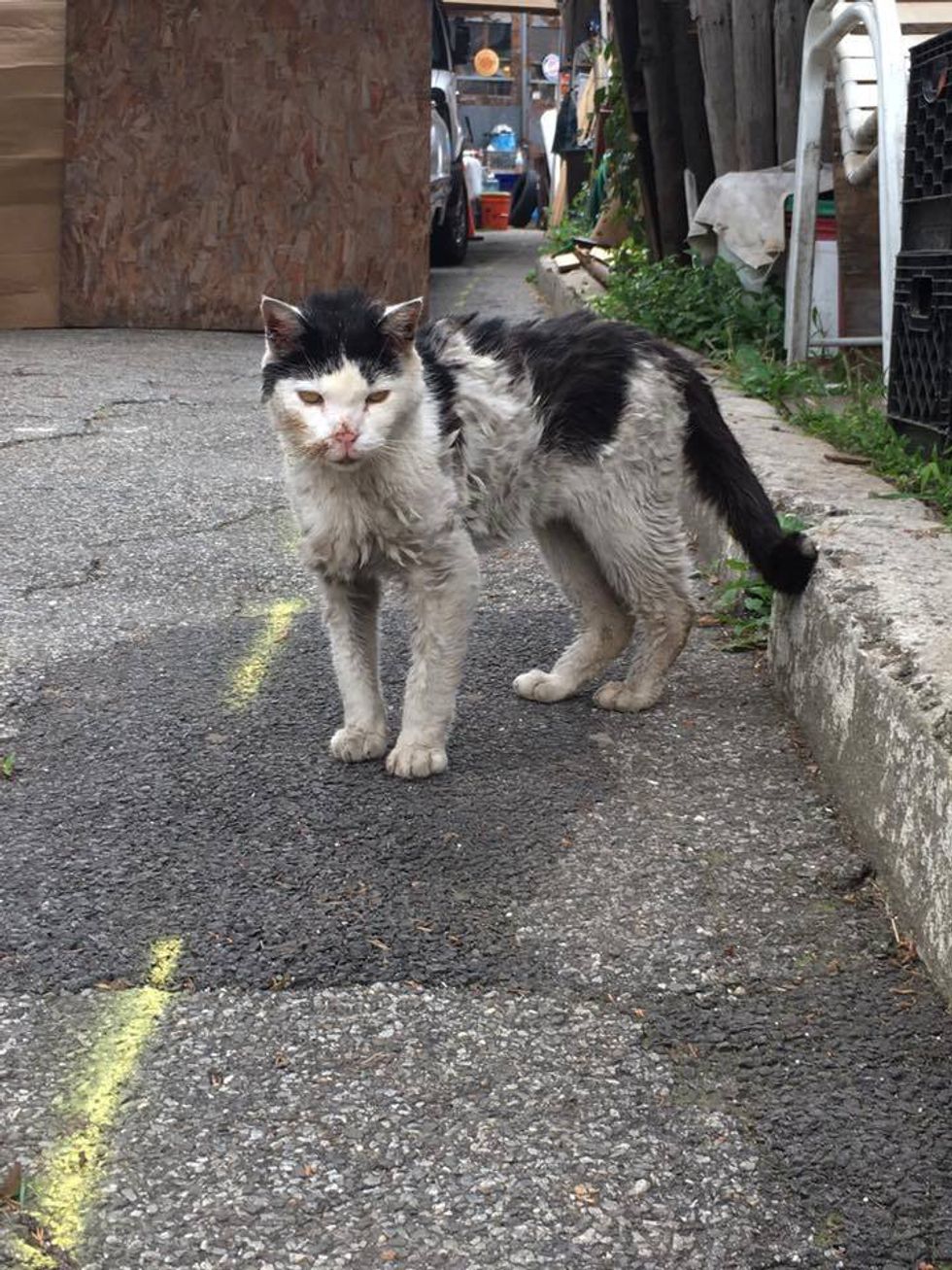 Nancy is a volunteer of Magnificat Cat Rescue and Rehoming in Bronx, New York. When she came across this starving, dirty, bedraggled feline, she immediately noticed his unsteady gait.


"He walked up to Nancy, asking for help. He was very weak and unsteady. Nancy always carries cat food. When she fed him, he wolfed it down," Magnificat Cat Rescue and Rehoming told Love Meow.

She didn't have a carrier that afternoon, so she came back for him and found him lying on the same spot as if he was waiting for her. 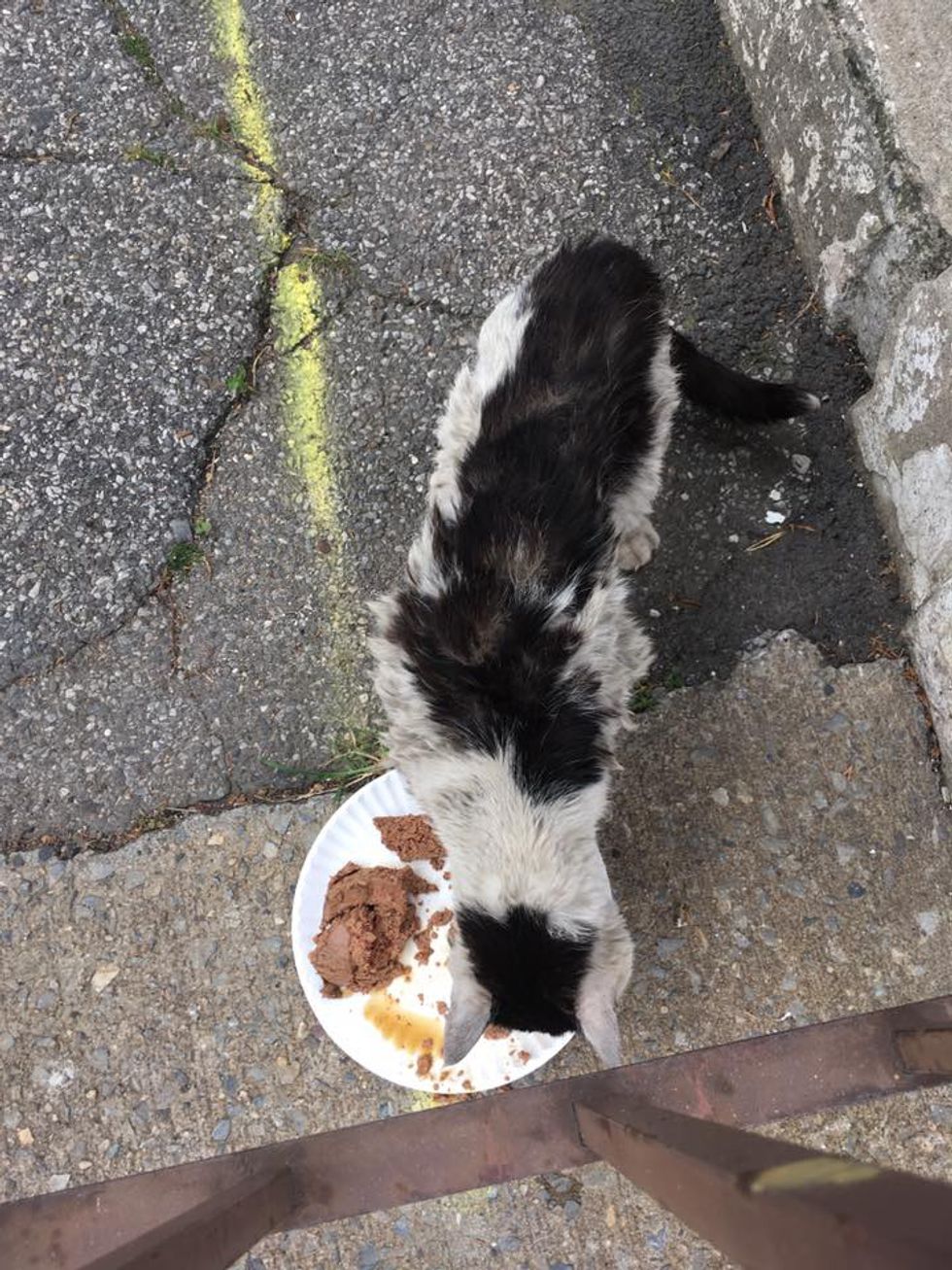 "He was so weak that he didn't even make a fuss about being put into the carrier."

First trip was to the vet and get the kitty the medical attention he desperately needed. Nancy named the little guy Attila. 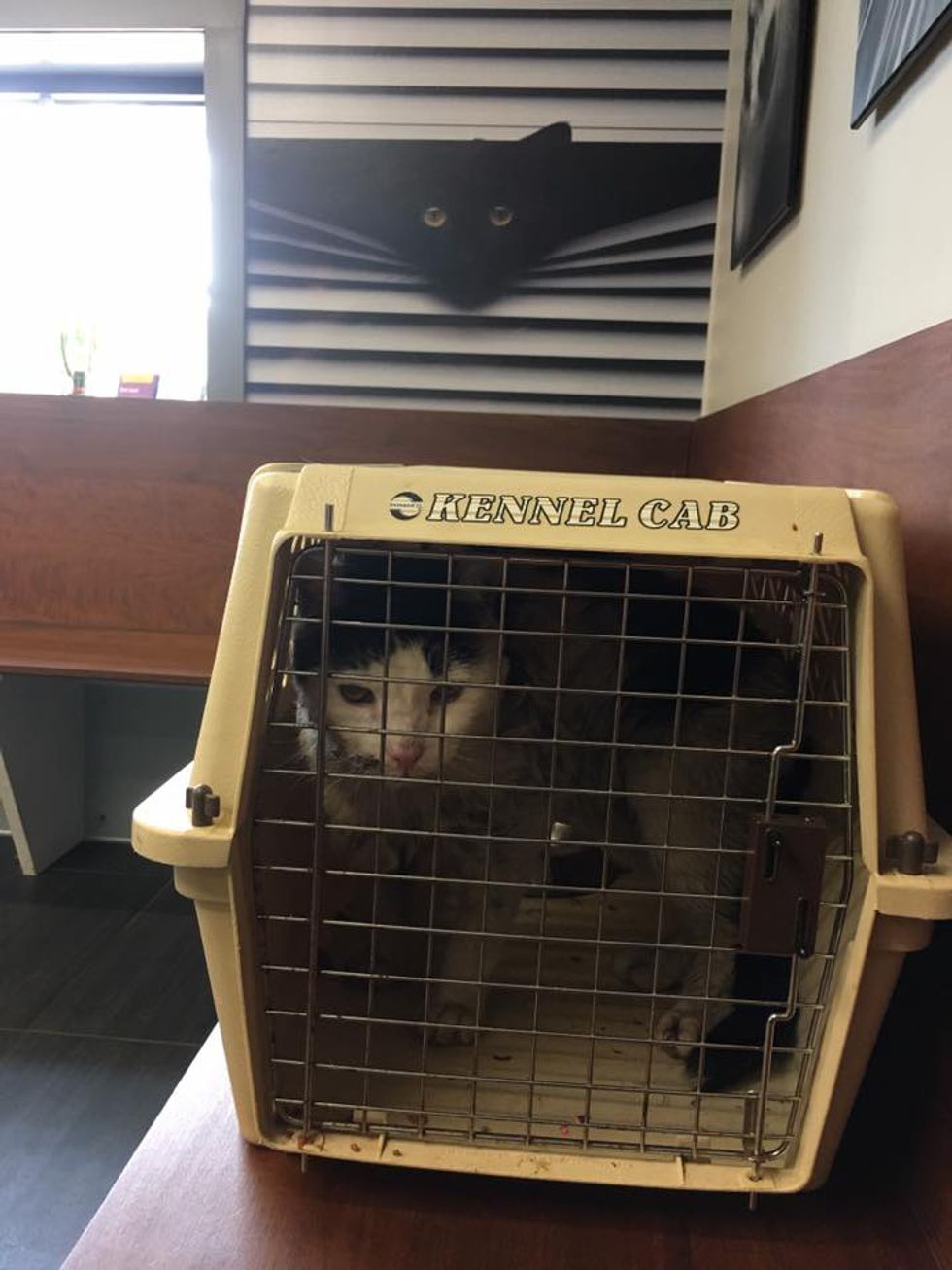 Attila was very emaciated but the sweet kitty never stopped purring. "At the vet he was eating ravenously. He has really perked up and is very curious and friendly."

He was already neutered but didn't have a microchip. After staying at the vet overnight, Attila was feeling much stronger. They were able to remove all the matted fur on his coat. 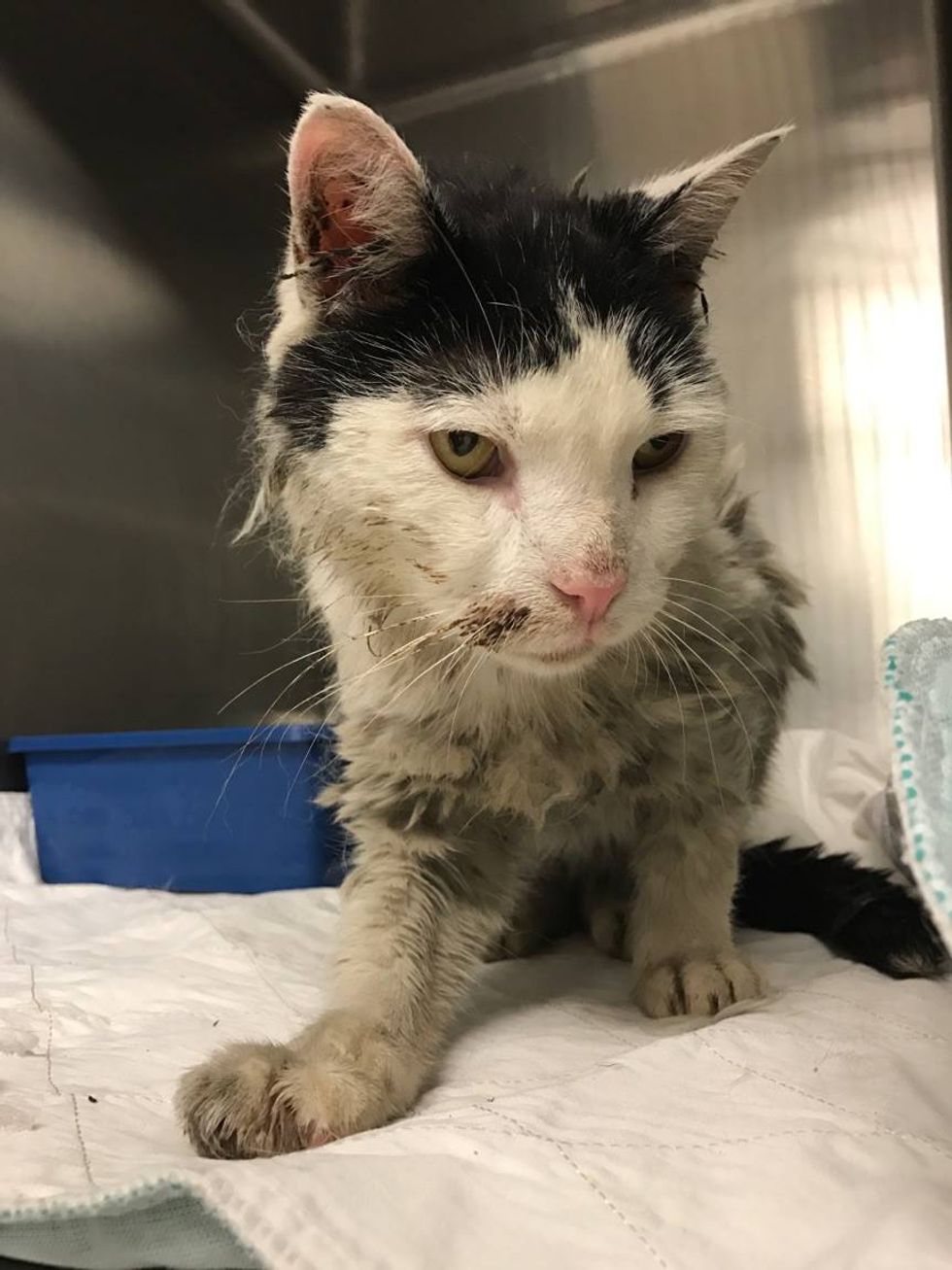 "A cleaner and far sweeter-smelling Attila wants everybody to know that he feels much better after his bath and hair cut. The painful, matted clumps are finally gone," the rescue group posted an update on.

Just two days after the rescue, Attila bounced back! 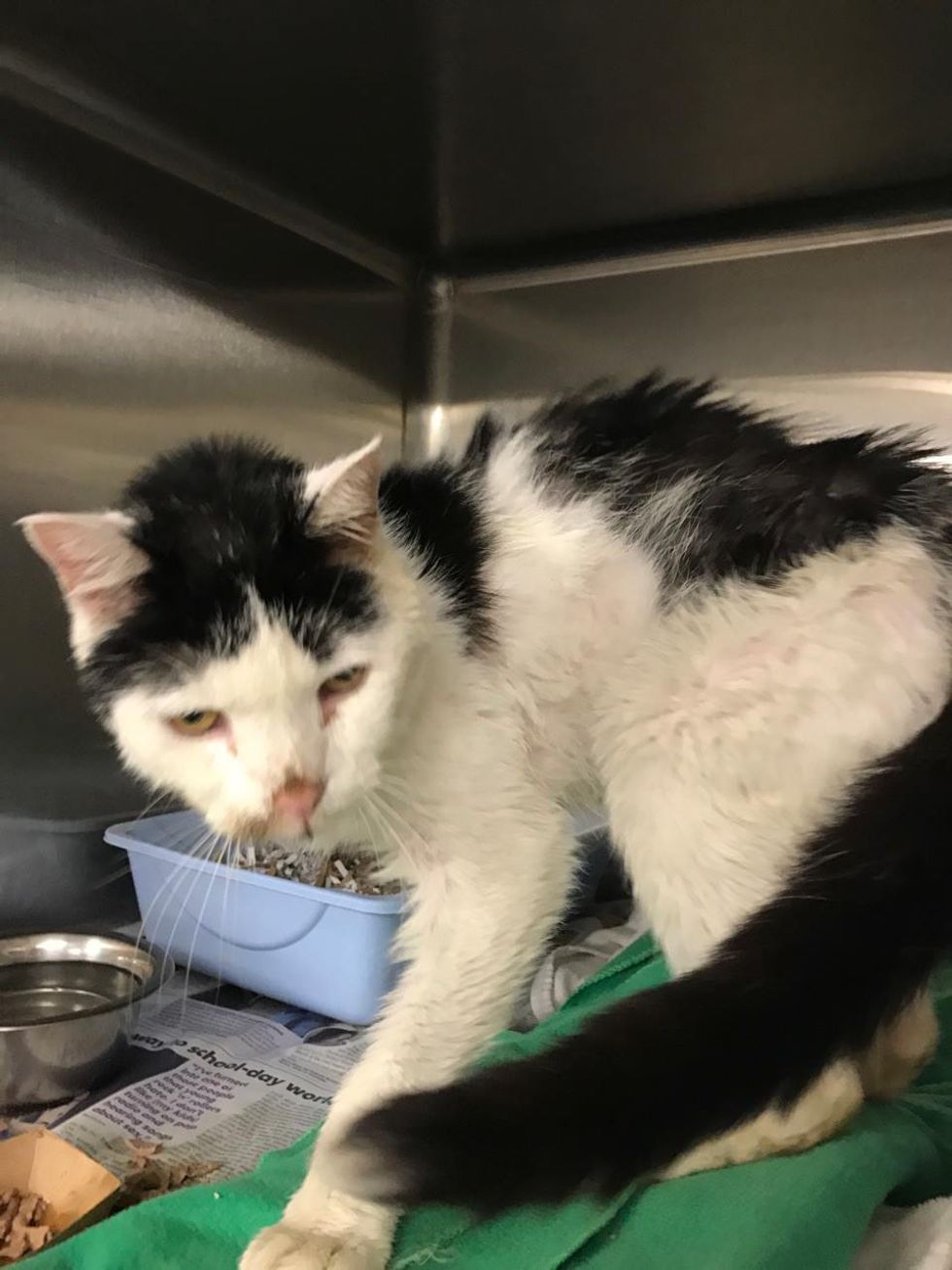 They found him a foster home where he would continue getting good food and all the affection he wants.

"We drove Attila to Kris Barone-Parente's.... He is alert, eating, and sociable with everybody, not just humans. Who would have guessed that this poor cat was craving the company of other cats? He immediately touched noses with Kris's cats and even decided to share their meal. And he is definitely looking better after his stay at the vet's." 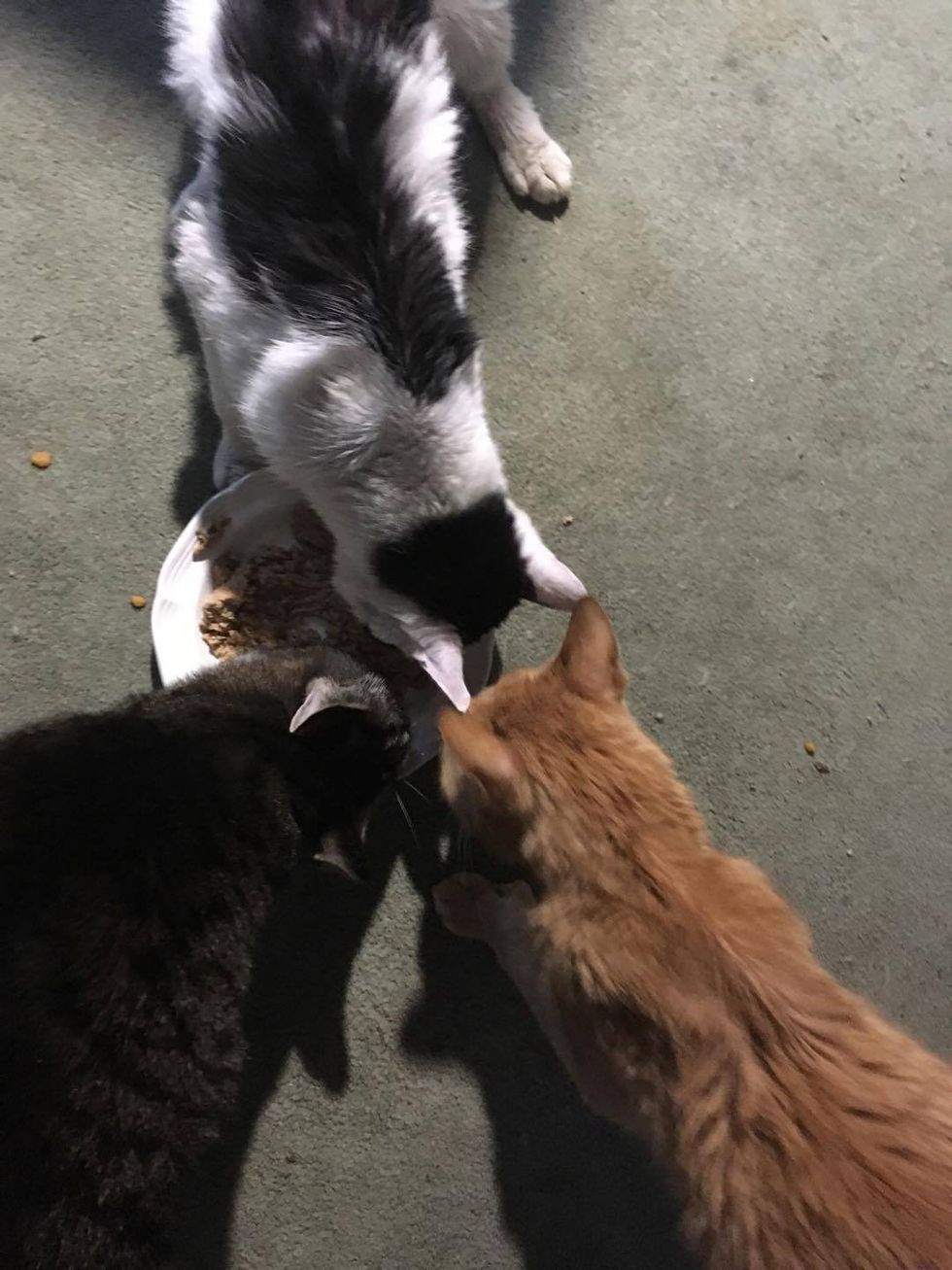 However, he was extremely thin. "Under normal circumstances he would be quite a large cat, for he has very long legs and a long frame. His back isn't even two inches wide and he has no body fat whatsoever."

He went exploring the apartment slowly and walked in unsteady circles, but nothing could stop him from loving his new life. 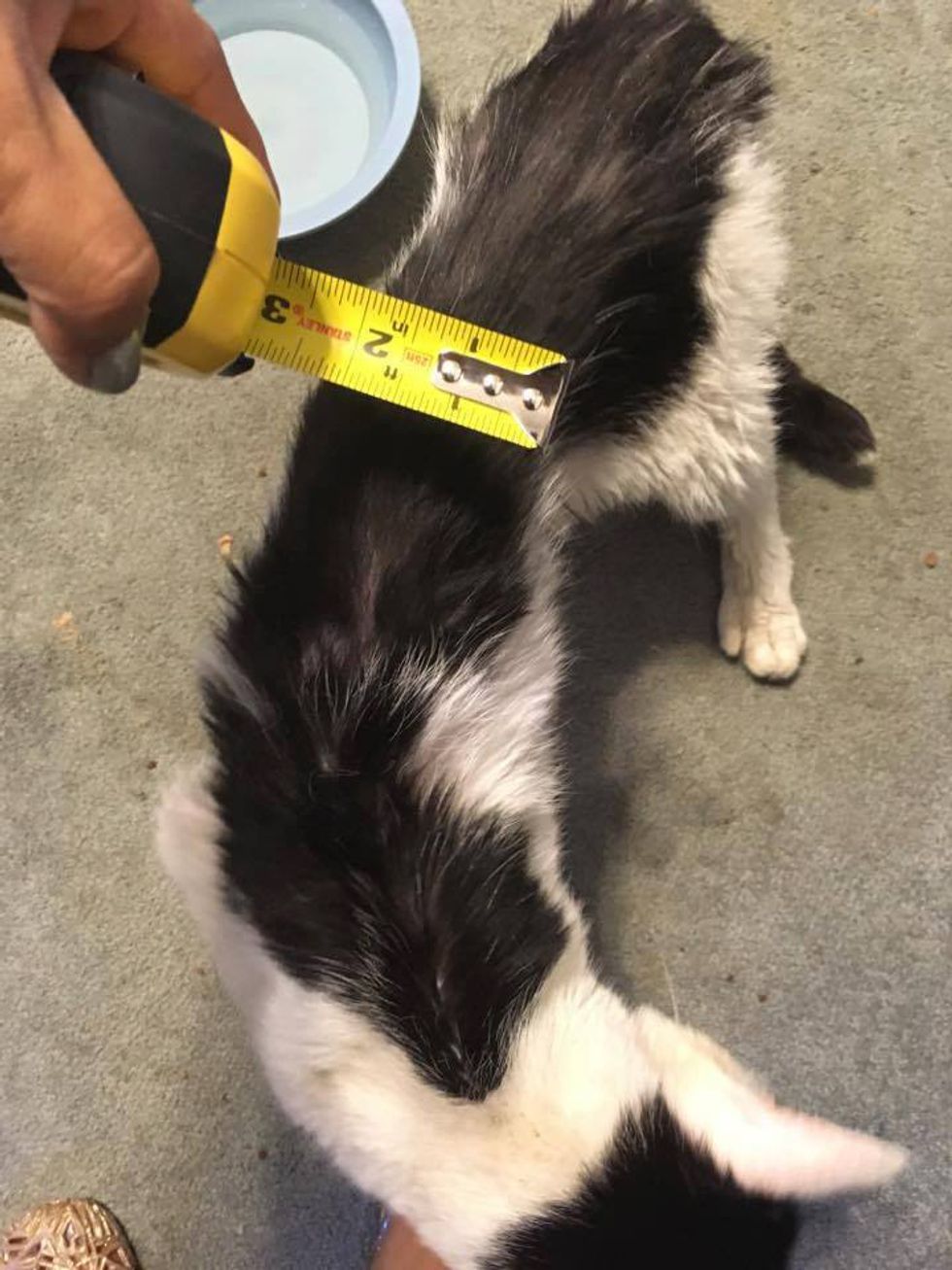 Attila was so glad to have a comfortable home. Just an hour after his arrival, he fell asleep trustingly on his foster parent's chest.

He is a "gentle soul" to everyone around him. 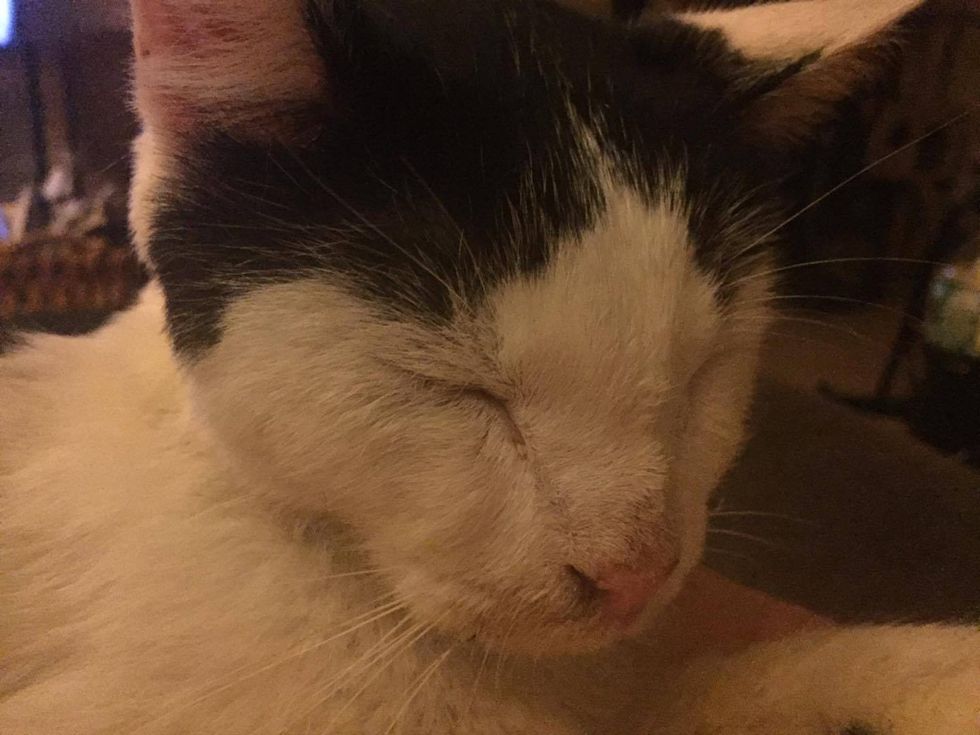 "We were struck by the reaction of Kris's cats, who immediately accepted him into the pride without any of the usual hesitation or hissing. It was as if they knew he was not well and needed their help."

He's been with his foster family for two days and is doing better, eating well and feeling more at home. He loves his food so much that he guards it when he eats.

With all the love surrounding him and all the food he can eat, the little guy is finally coming around and filling the house with his purrs. 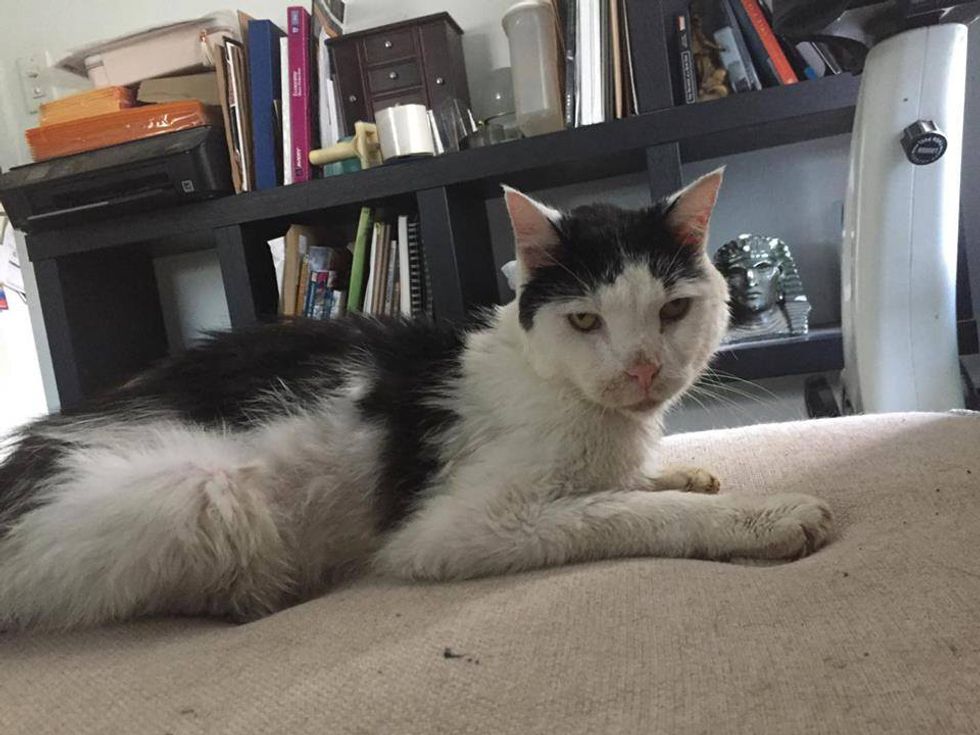