15-Year-Old Cat Cries Until She's Held by Her Rescuer, and Won't Let Go.

A 15-year-old cat, Squishy, and her 17-year-old sister were saved from an uncertain fate three weeks ago.

She became very attached to her rescuer and wouldn't let her go. 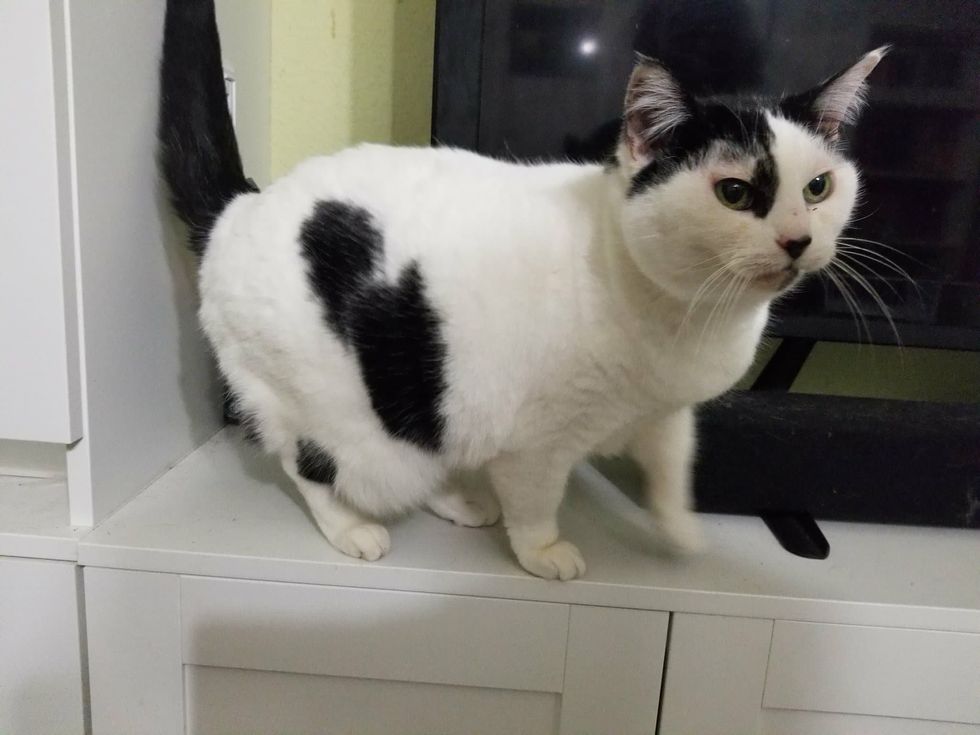 Squishy and her sister were given up when their former owners could no longer care for them. Karyn Poplin, founder of Kitty Adventure Rescue League offered to give them a home at her cat sanctuary in Fort Worth, Texas, so they could spend their golden years with love and comfort.

"We are unsure of the actual reason, but the two sisters needed a place for they were going to be euthanized," Karyn told Love Meow.

As soon as the senior cats moved into their new abode, the 15-year-old kitty demanded cuddles from Karyn and would not take no for an answer.

"Instantly, Squishy bonded with me." 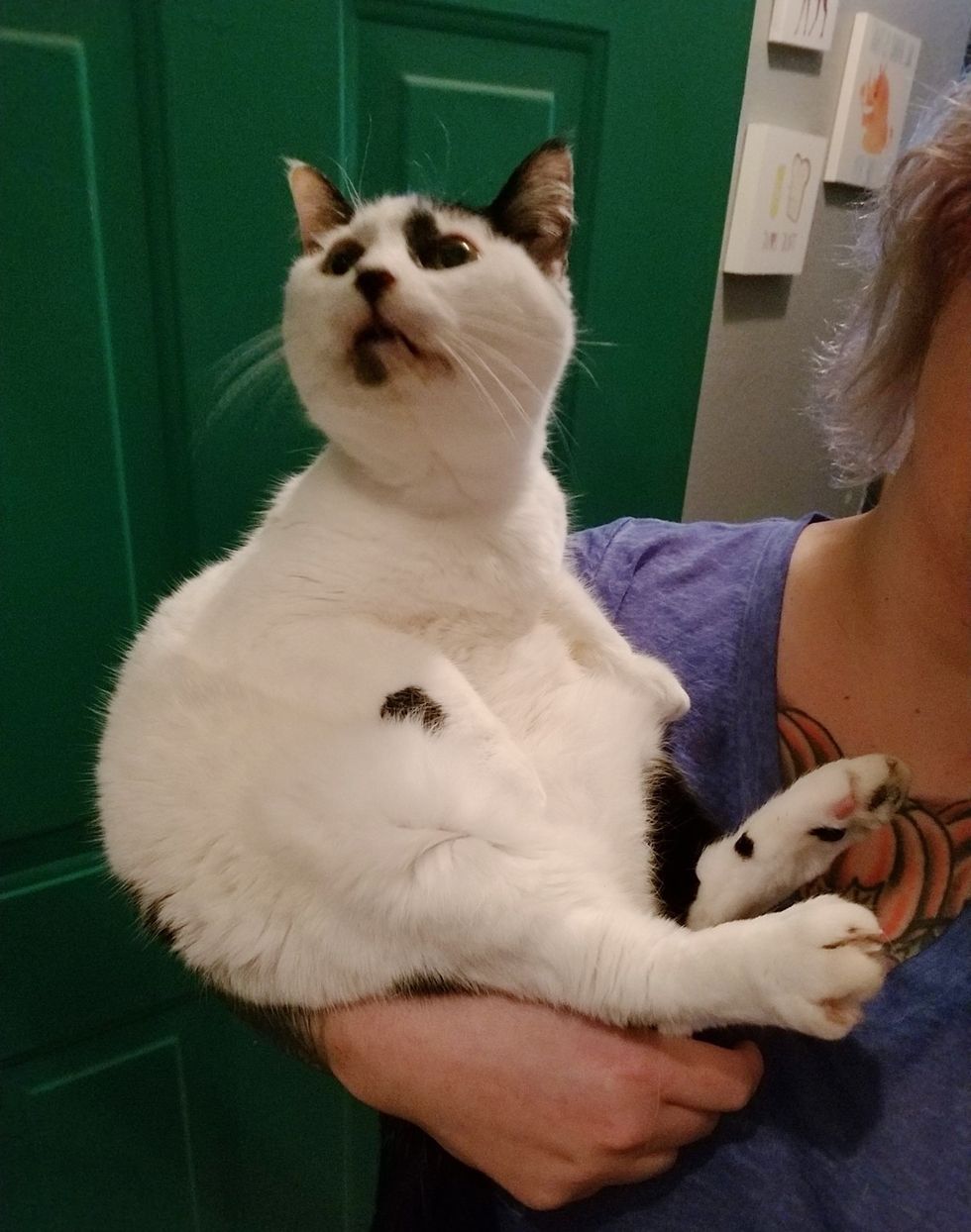 "She loves to be held and doesn't much mind anything else so long as she's in my way," Karyn told Love Meow.

Squishy will follow Karyn around the house, ignoring all the other resident cats that she's barely met, zeroing in on her human, and meowing loudly to be picked up. 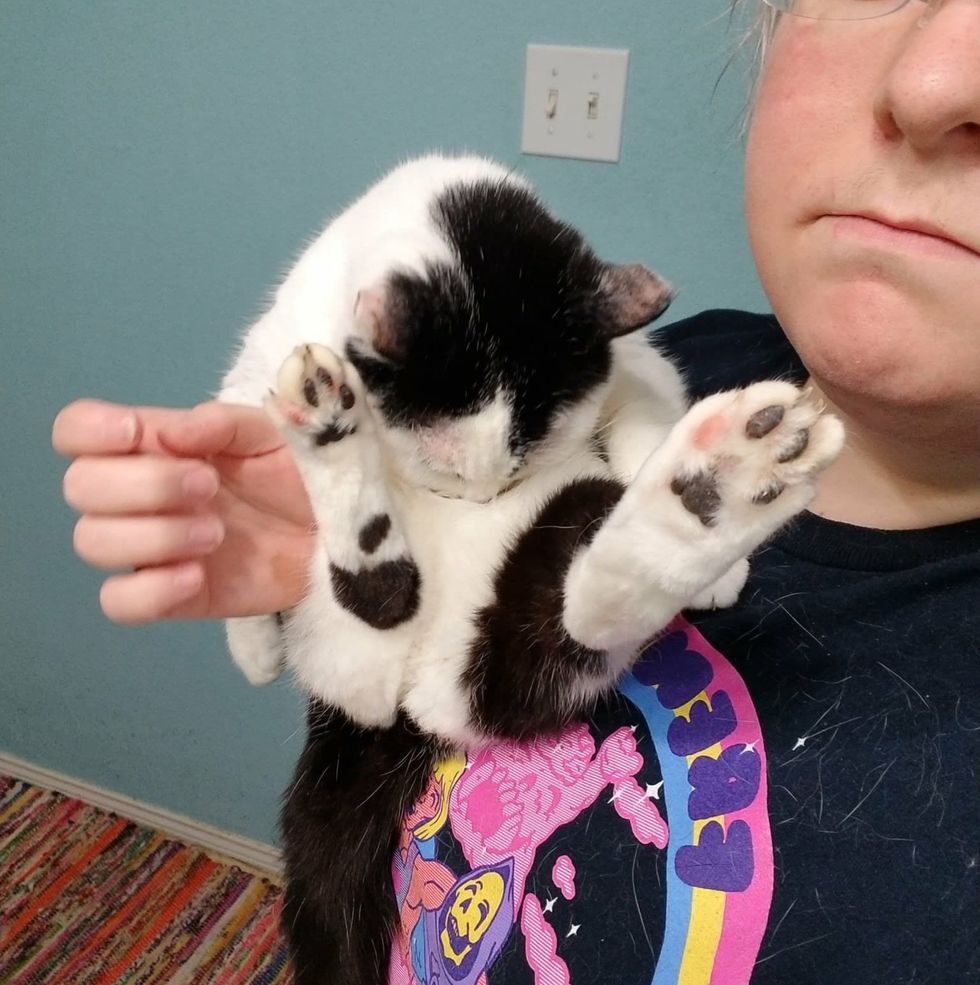 "If I'm holding her, she just smiles and purrs. I can go about my business. If I'm not holding her, she gets annoyed at me. If I flat out ignore her, she will sneak under my blanket or behind my back just to be near me," Karyn told Love Meow.

Knowing that privacy is no longer valid with Squishy around, Karyn came up with an idea that would help her cater to her feline boss' every need. 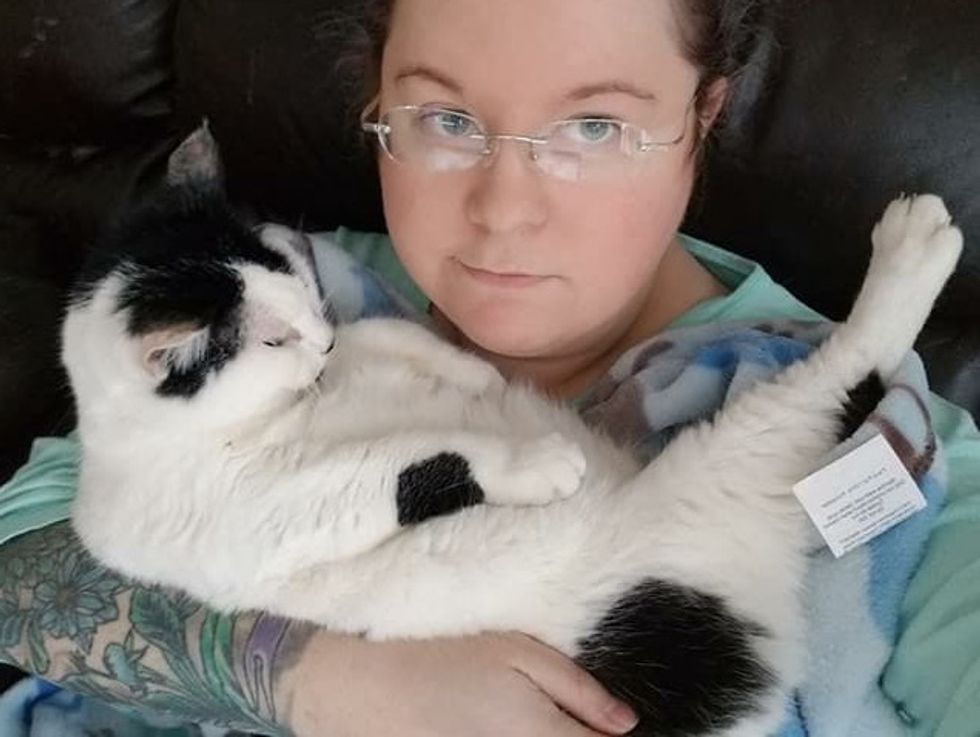 "So, naturally, I bought a carrier to keep her happy and in place so I can get things done. I got a medium, thinking that would be plenty to fit, except it's supposed to zip up the sides...," Karyn told Love Meow.

"She's happy though — anything to be an inconvenience and to have my full attention." 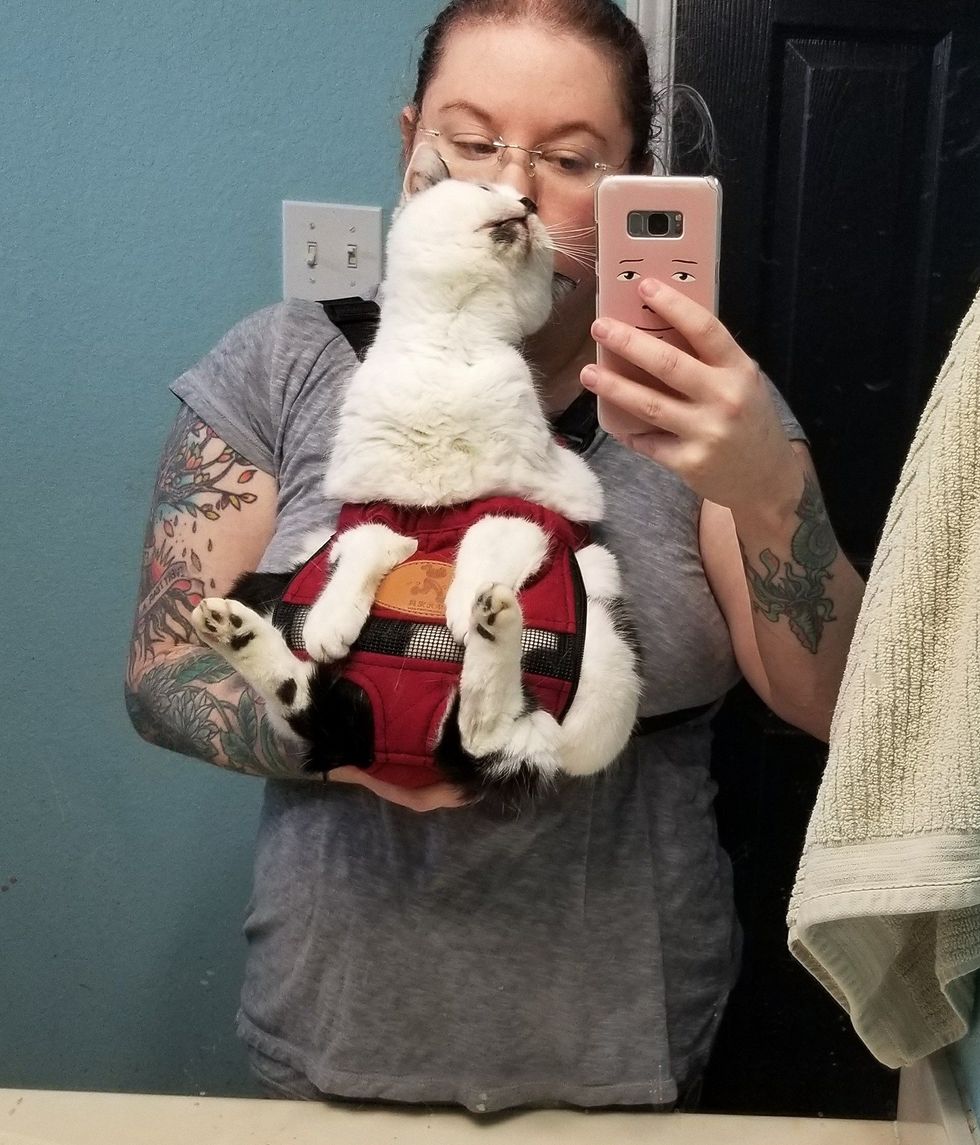 "She only weighs about five pounds, but she has lots of extra, squishy skin. She's purrfect."

Squishy prefers it snug as long as she's being held by her human mom. 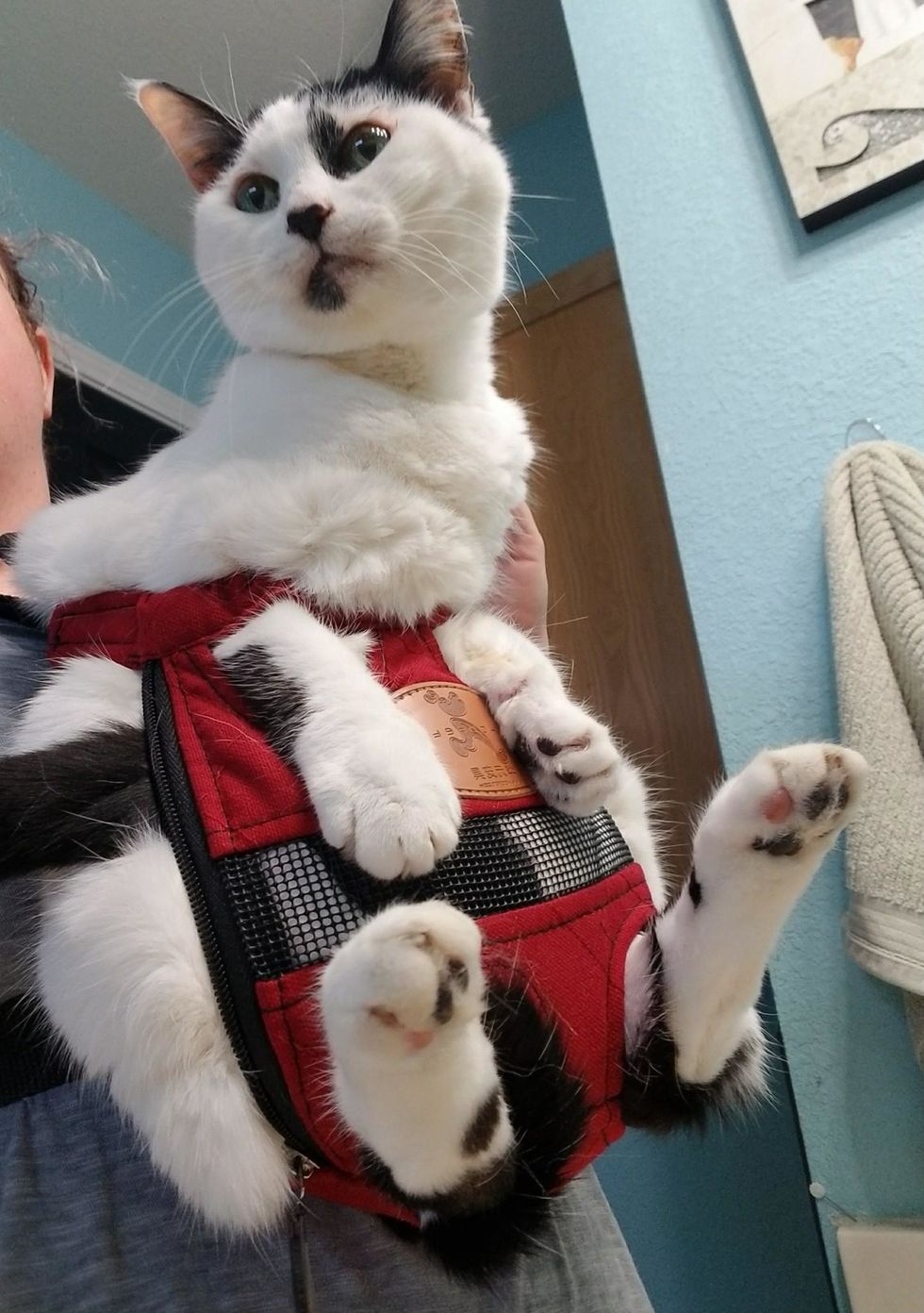 Karyn is switching between a blanket and Squishy's very own carrier to keep the kitty where she wants to be.

Falling asleep in her human's arms. 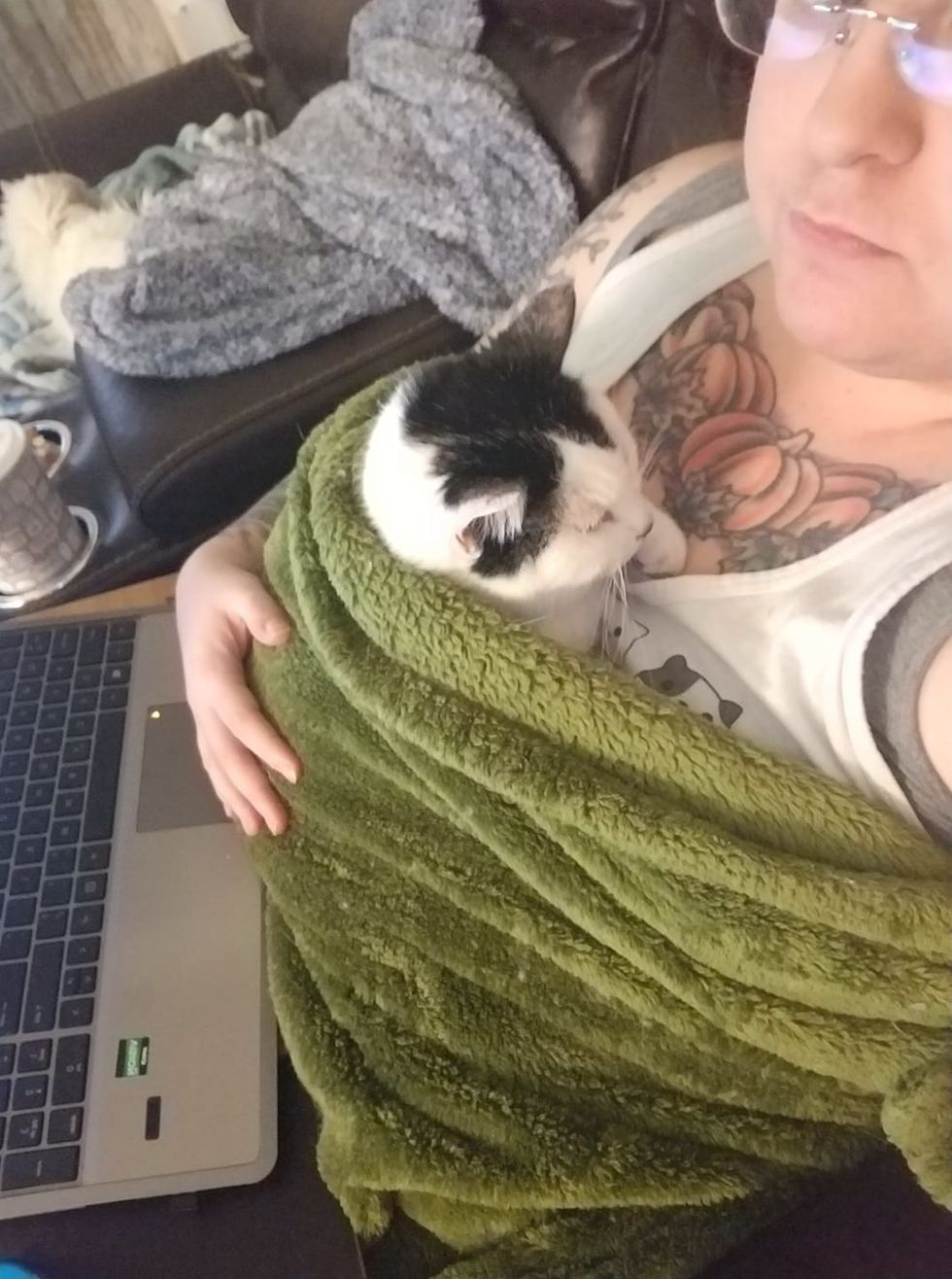 Nothing makes this pint-sized kitty happier than cuddling with her human mom.

"She's a loud purrer. She's extra happy to get some attention, any attention!" 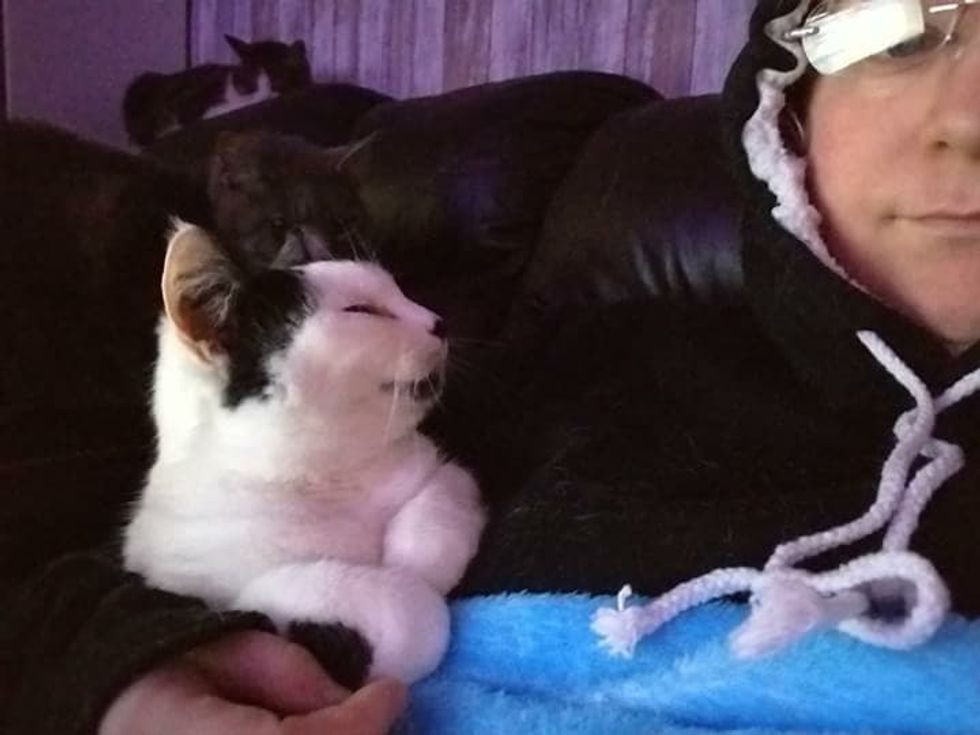 Squishy and her sister are loving their new home and the constant cuddles they receive. 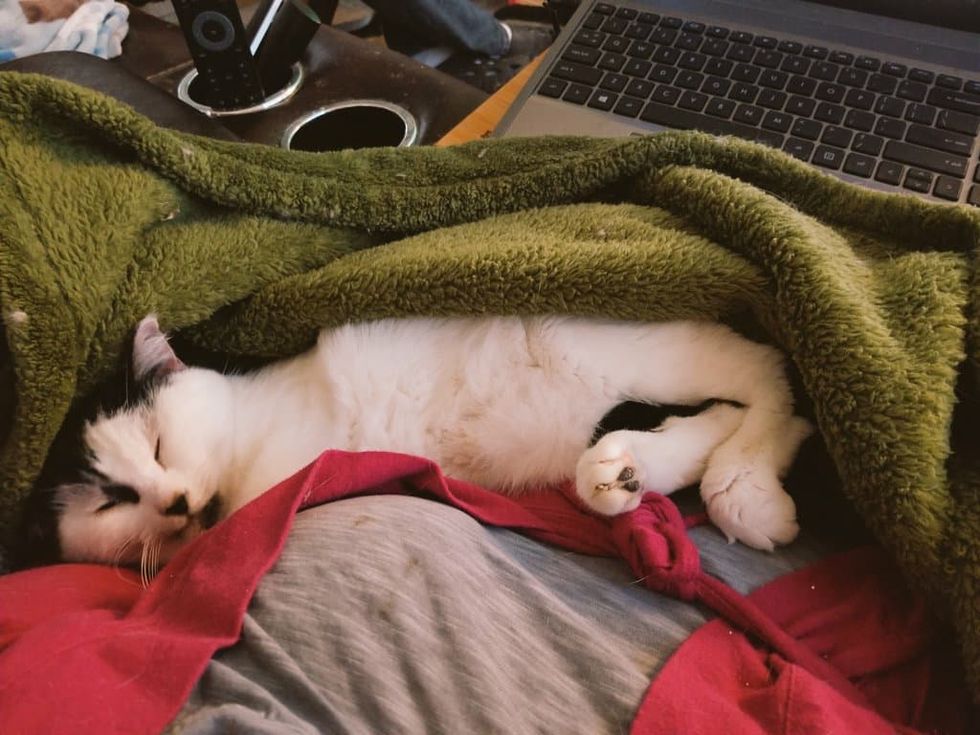 Related story: Couple Went to Visit Cats and One of Them Clutched onto the Woman and Wouldn't Let Go