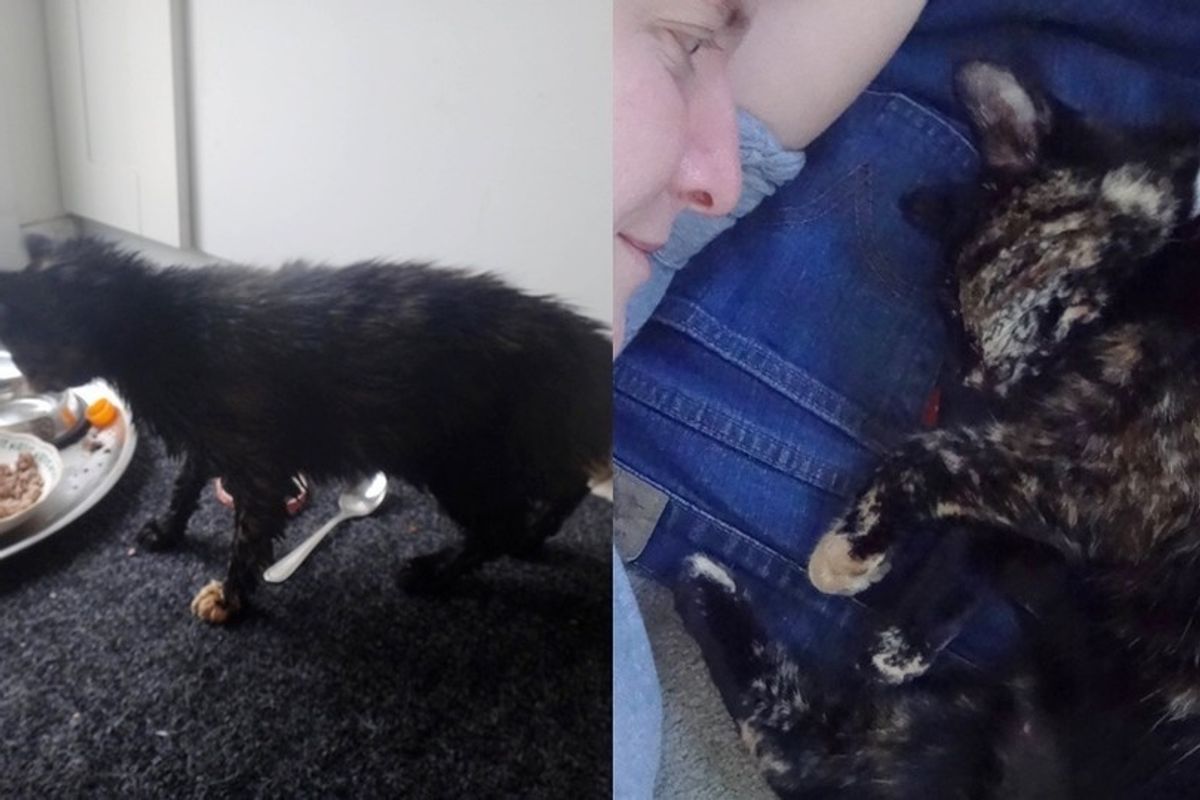 She is Severely Allergic But Homeless Cat Chooses Her, Then Something Beautiful Happens

She is allergic to cats and dogs almost all her life, though she adores cats, having one as a pet was never an option.

Around September last year, reddit user Ladolfina learned about a cat who came to visit their neighbor's garage one evening, but a few weeks later, the kitten appeared right in front of her.

"The skinny-leggy-big-eyes teenage kitty came running straight out of the garage on to me. I was so charmed by her friendliness, that I couldn't resist picking her up and cuddling, wondering where I had put the allergy pills," Ladolfina told Love Meow. 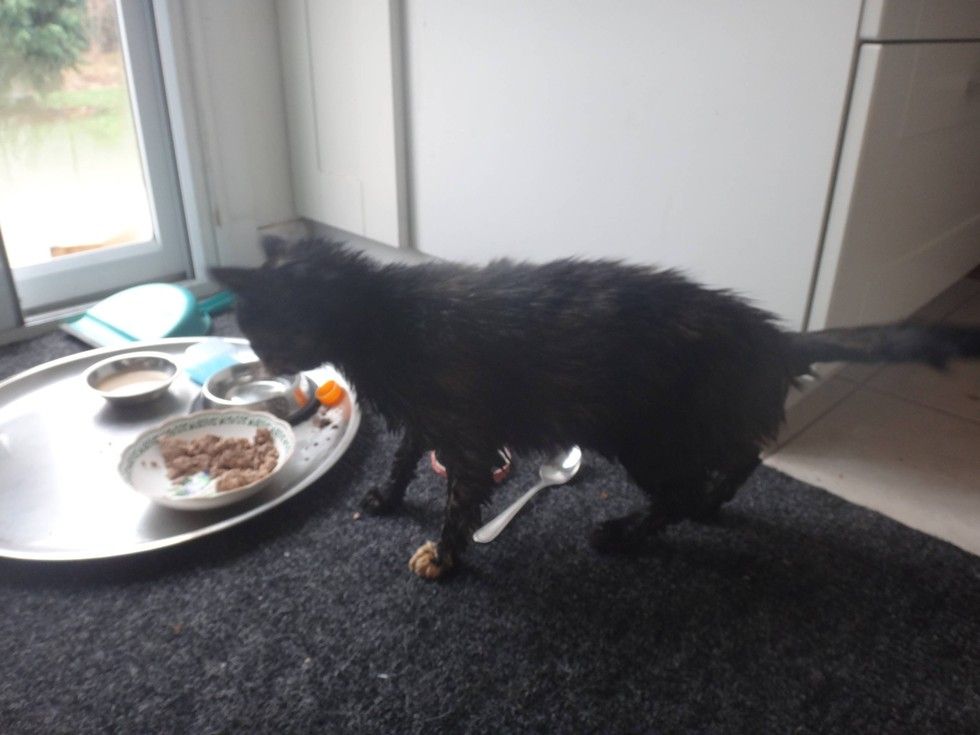 The kitten followed her right into her house. At first she was worried about her allergy as she had a severe reaction before. "To my big surprise I had no reaction at all."

She tried to spend half an hour with the kitten and see if she would get a reaction. Nothing but pure kitty cuteness ensued.

"We had three new families that moved into our street during the summer, so I (thought) the kitty most likely belonged to one of the new families." 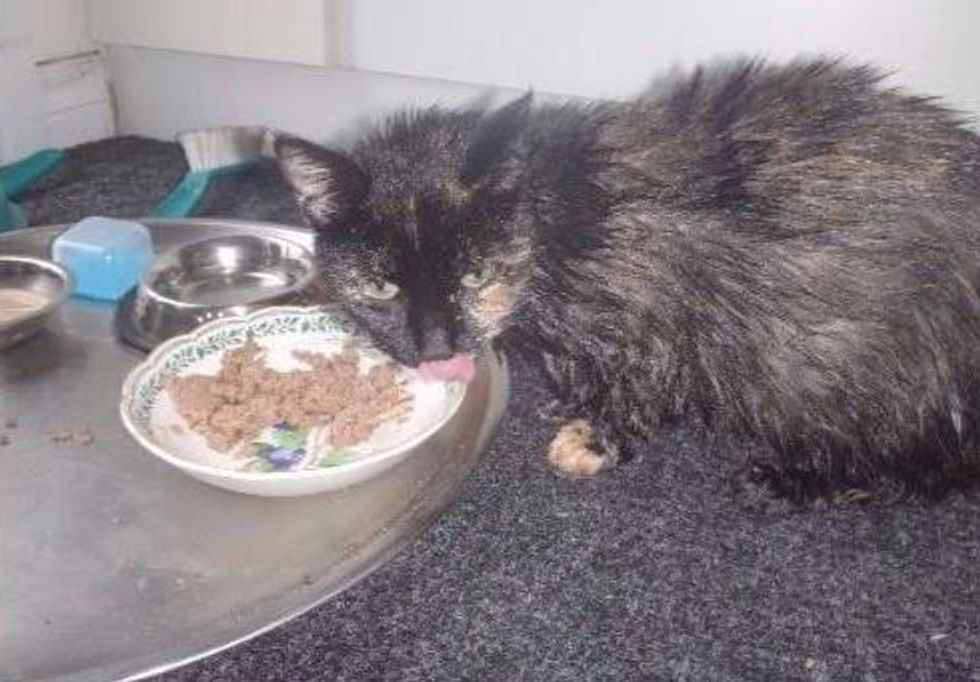 The following morning the kitty came running to her like a "canon ball" out of her neighbor's front yard across the street as soon as she came outside.

"I allowed her to come inside with us... I could drop down dead any minute - but nothing happened. She stayed with us all morning until we went out for some groceries."

The next day the same thing repeated as she walked outside to check for her. "There came my kitty prancing from across the street right into my arms," Ladolfina told Love Meow 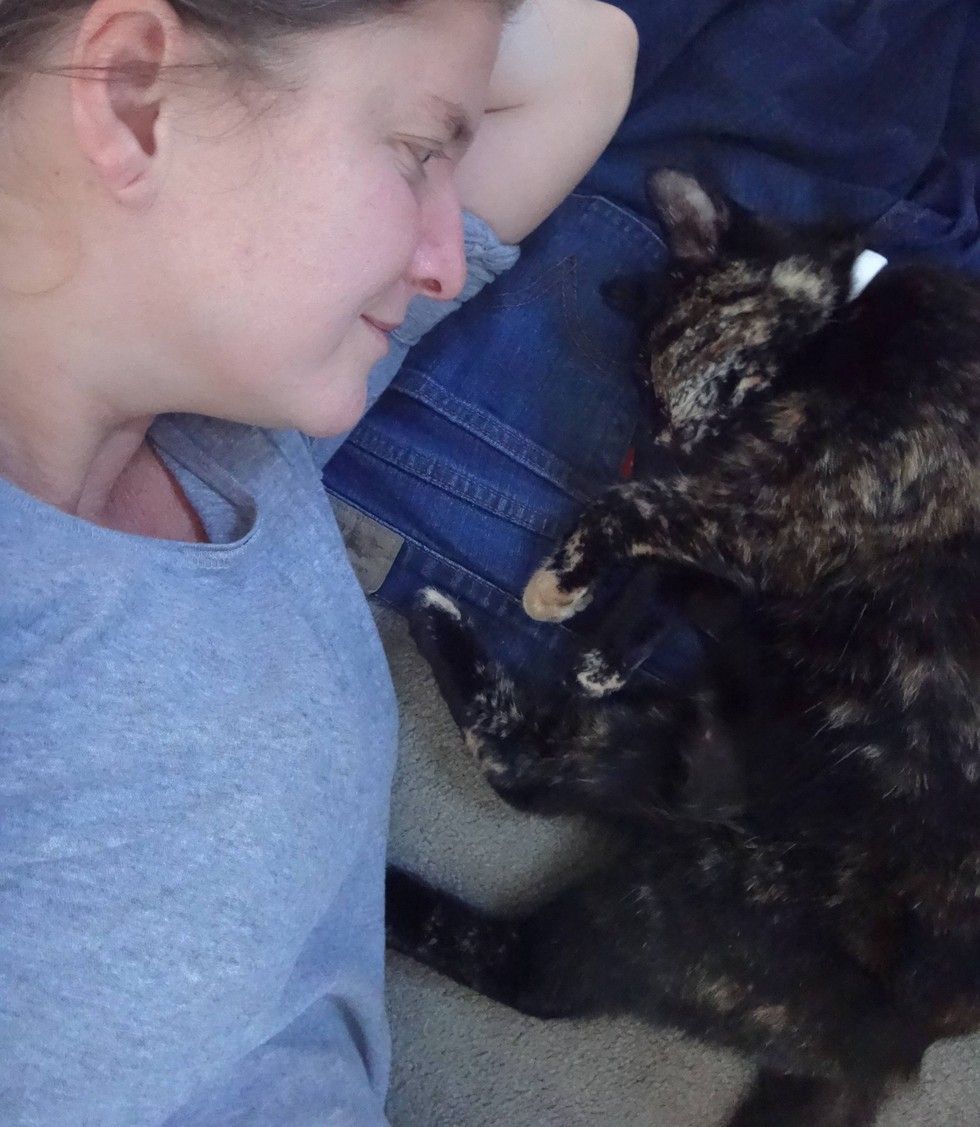 "I'm allergic to cats. Fortunately, nobody told her that." - LadolfinaCourtesy: Ladolfina

"While we were cuddling I had noticed a car starting somewhere to my left, when all of a sudden a neighbor that had moved into our street some three years ago pulled into our drive way... I was totally struck by surprise when she came out of her car, almost crying, hugging me and thanking me for loving this little kitty so much.

"She asked if we would keep her... She told me that the kitty had for sure simply been dumped by someone who needed to get rid of her." 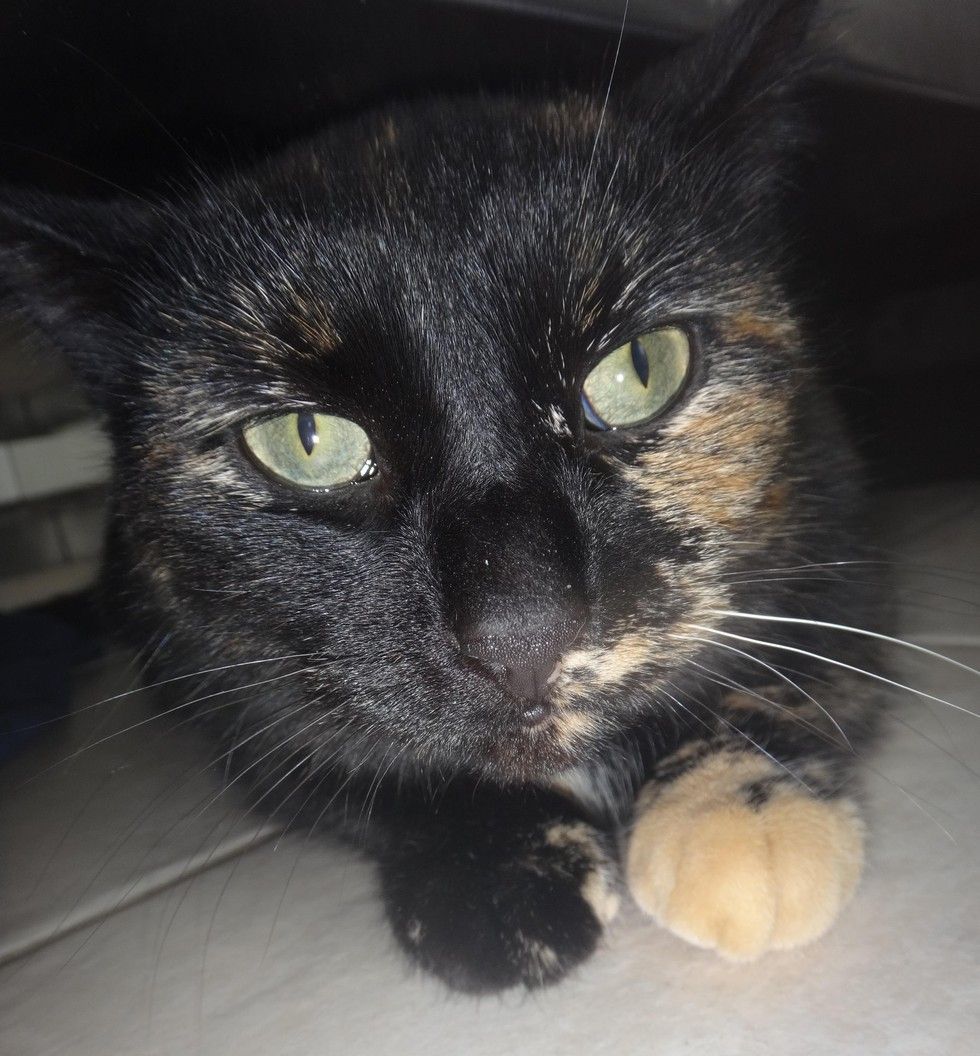 "While we were chatting another neighbor walking the dog stopped and asked whose kitty that was. She had found the cat sleeping on her deck for a few days. Another neighbor joined us and had also something to tell about little sweetie pie (who was sitting next to us, grooming herself).

"After an hour a whole bunch of people had gathered in our drive way and everyone had a story to tell about the young kitty. Apparently, I was the last one in the street to meet her, everybody else already knew her, as she had tried to find a new home for herself." 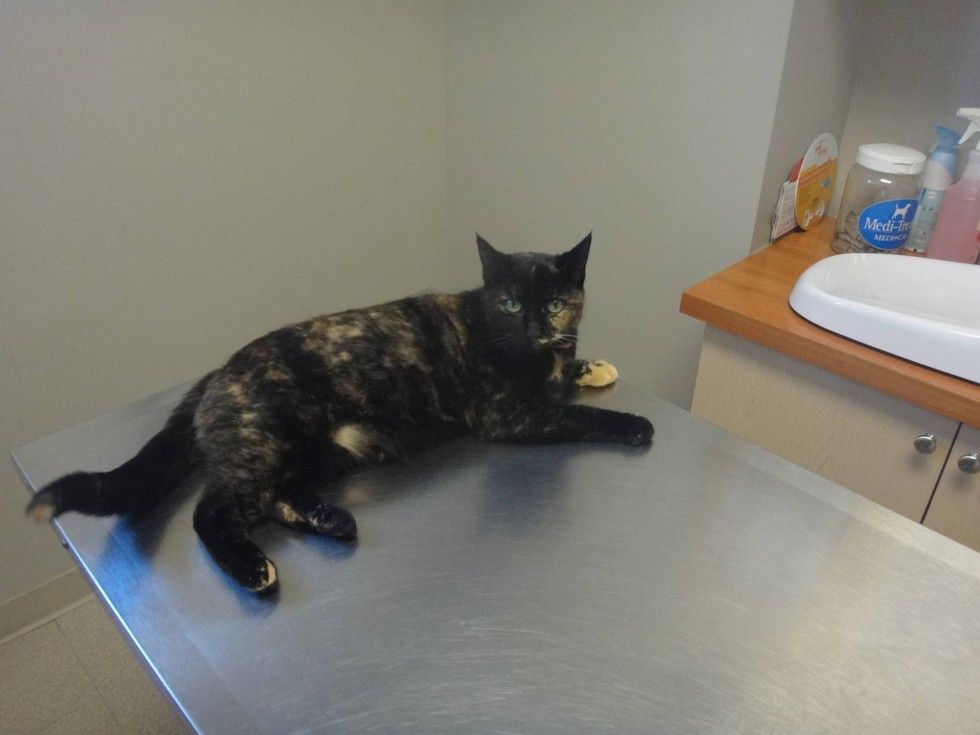 One of the neighbors gave the family an arm full of mixed cat food, and another came back with a bag of treats. A third neighbor brought some cat toys. "In the afternoon one of the very new neighbors brought a litter box that she didn't use anymore. The day after somebody offered us a cat tree for free," Ladolfina told Love Meow.

"I couldn't believe how supportive everybody was and how much the entire neighborhood wanted us to keep that kitty, as nobody else had a chance to take her in - we are a very animal-loving neighborhood, everybody here already has cats and/or dogs, except us with me and all my allergy problems." 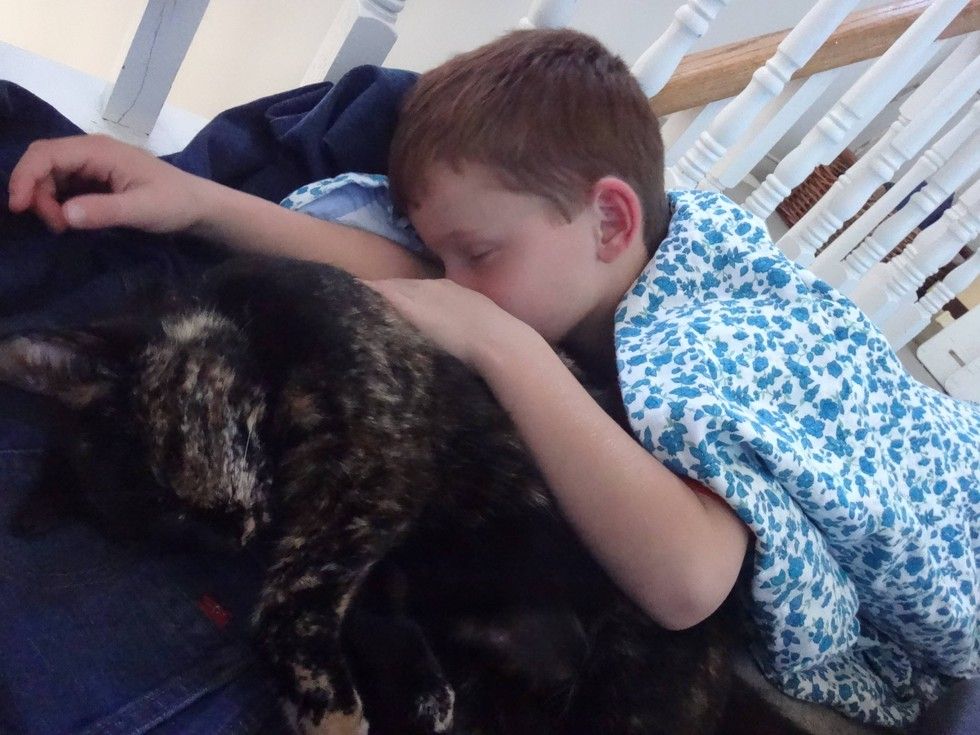 "But again, I have practically NO reactions at all. My family doctor has no explanation, why I don't react to her. And kittycat is a regular domestic short hair, a tortie, nothing special like a hypo-allergic Siberian or such.

"However, we have a cat now. My son named her Wendy, in loving honor of Wendy from 'Bob the builder'." 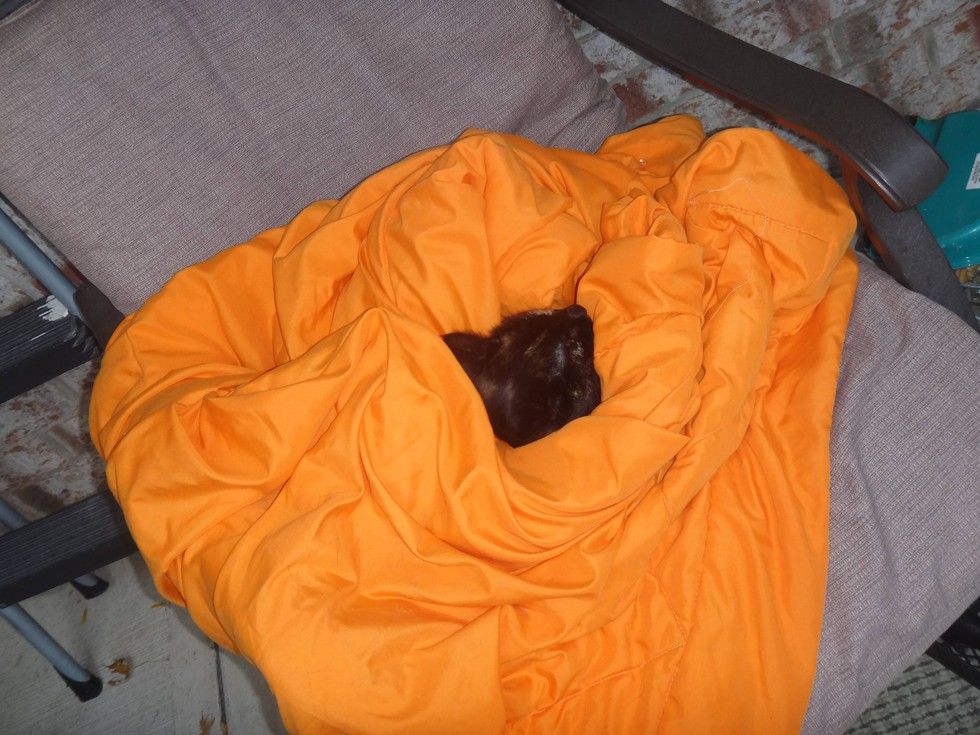 "My son brought his own favorite blanket to keep her warm." - LadolfinaCourtesy: Ladolfina

"She directly took on the litter box and gratefully took the food my neighbor had brought. She never tried to scratch the furniture or climb onto something."

"During the first few days I could watch her grow, leaving me speechless how our thought-to-be skinny-leggy-all-eyes teenage kitty turned into a well-fed regular good sized cat almost over night." 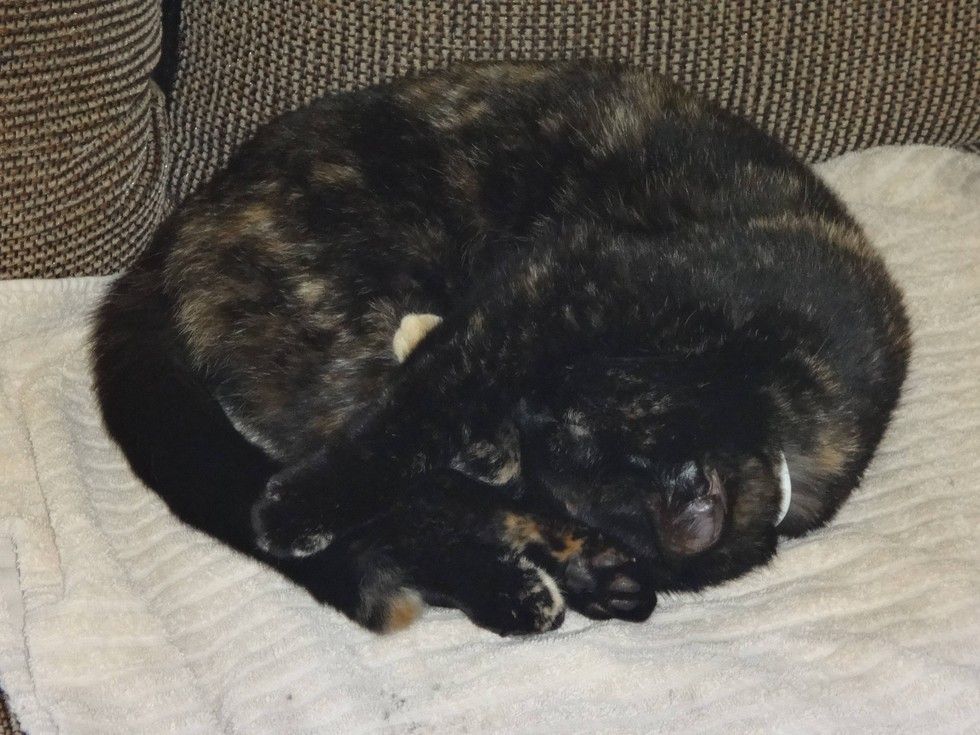 "An entire neighborhood was worried about a little kitty and because of her I met all the new people in the street and we all became great friends. Also it shows, that - besides all the allergy fuss - if there's a will, there's a cat for you. 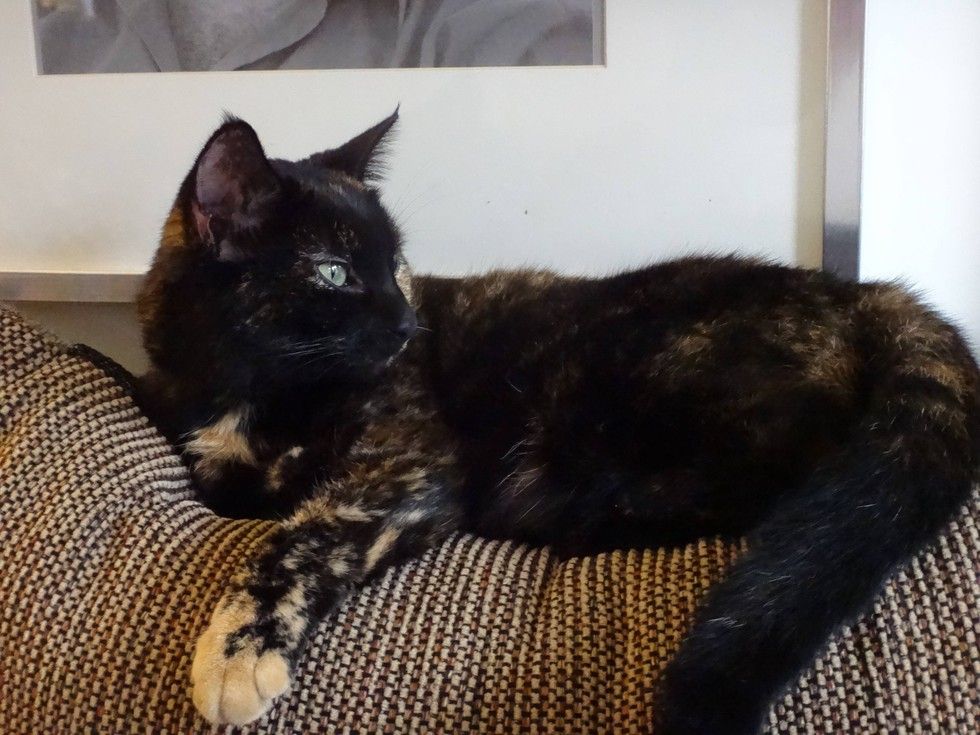