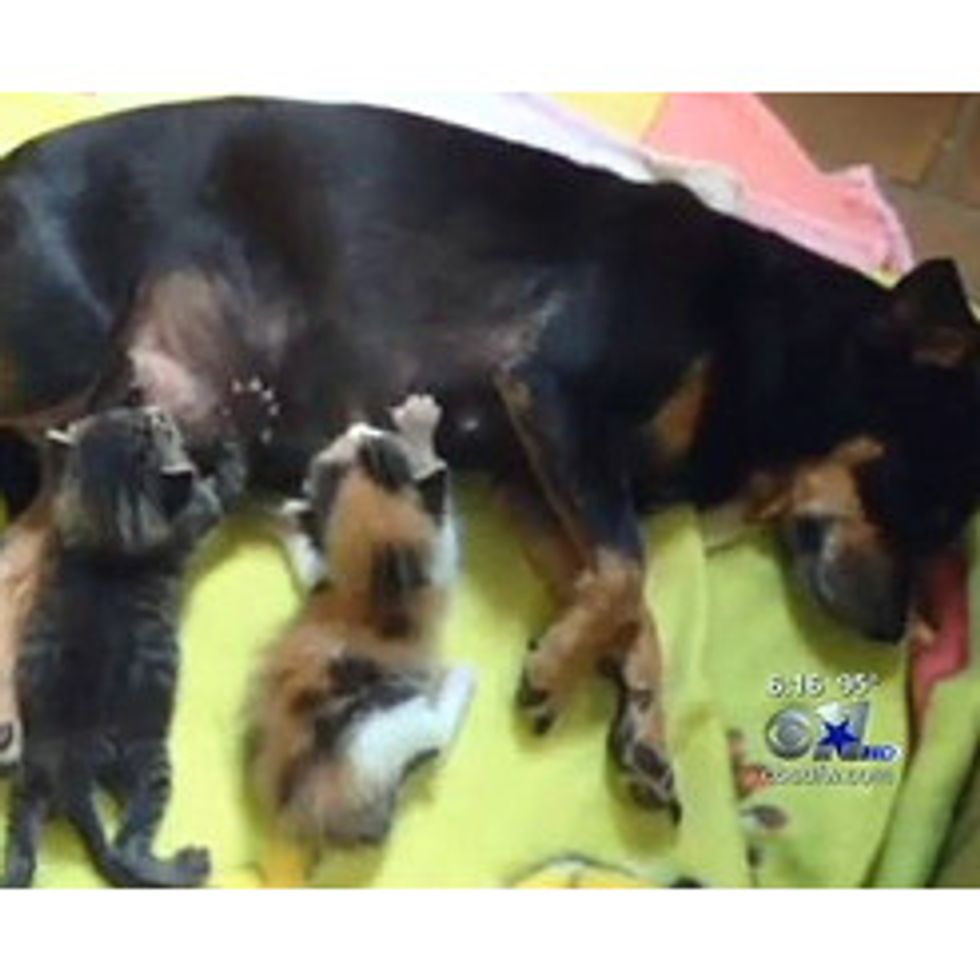 On 4th of July, an abandoned Chihuahua mix was found along with her adopted babies.

"An officer called me this morning asking if we were open today. I advised him that we were closed but would come in to clean. Well, he had passed by the shelter and found a little dog tied to our gate that was nursing but she was not nursing a puppy, she was nursing two kittens! The officer took the three animals (mother dog and two kittens) into the shelter to safety since HWY 80 is NOT a good place for them to be and put them in a crate and gave them water," Terrell Animal Shelter wrote on their Facebook.

"I looked and saw two little balls of fur with her and I thought it was a couple puppies. I went to move them into a cage and moved the mama dog out of the way; much to my surprise mama dog is nursing two kittens instead of two puppies," said Officer Steven Johns.

Mama dog was very protective of her babies and watched the officer attentively as he moved her adopted kittens.

The kittens were only days old. "She'd want to come to you and she'd look at the babies and it's like, 'I can't' leave them,' and I thought, 'Now, listen, that little dog deserves a good home," said Deborah Franklin, a foster mom with Paws Patrol Animal Rescue.

"She didn't care what species it was. All she knew, she was a mother and these were babies and they needed her.

An abandoned Chihuahua was found nursing her adopted kittens 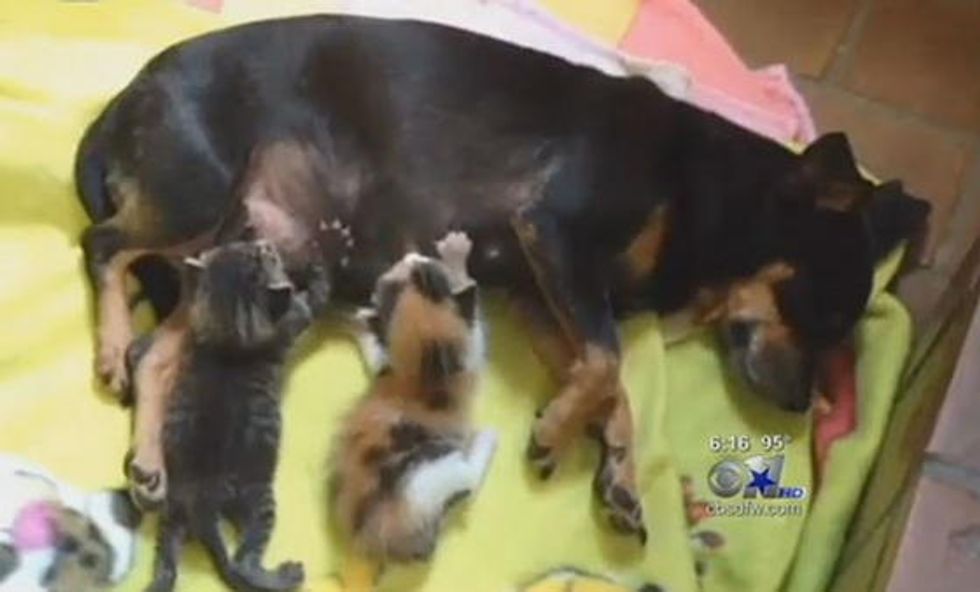 They were rescued by the shelter and the mama dog continued to care for her babies and is very protective of them. 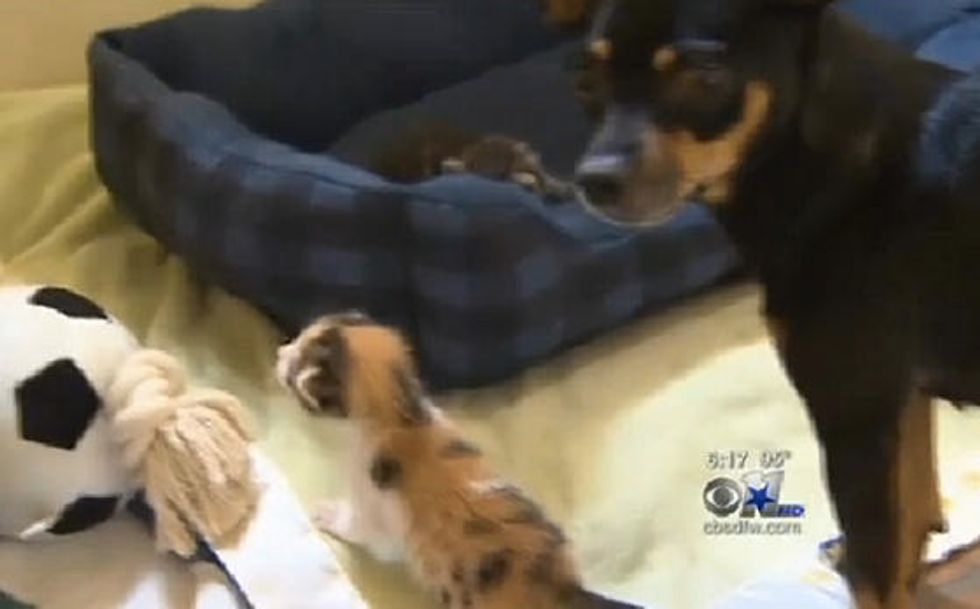 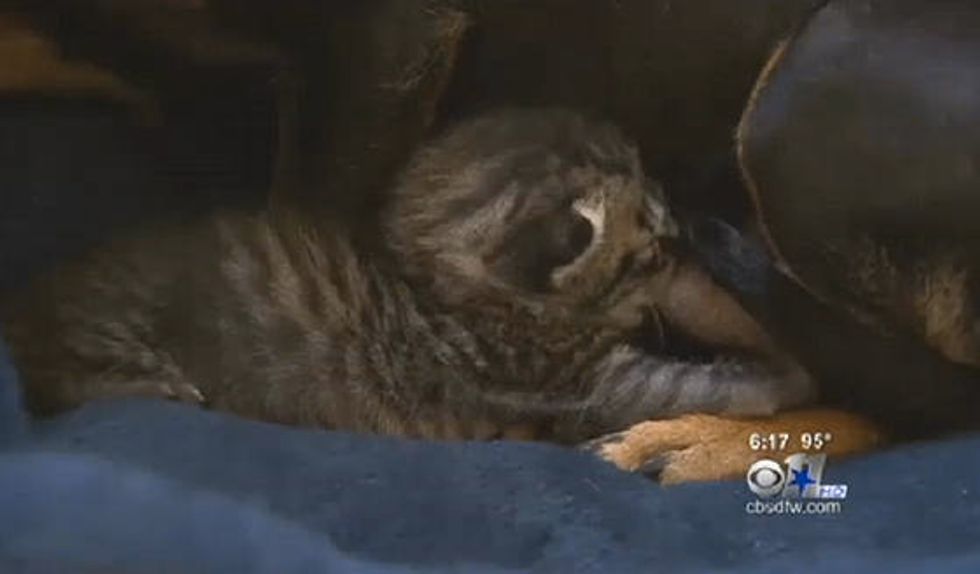 Dog mama watching over her babies at the shelter. 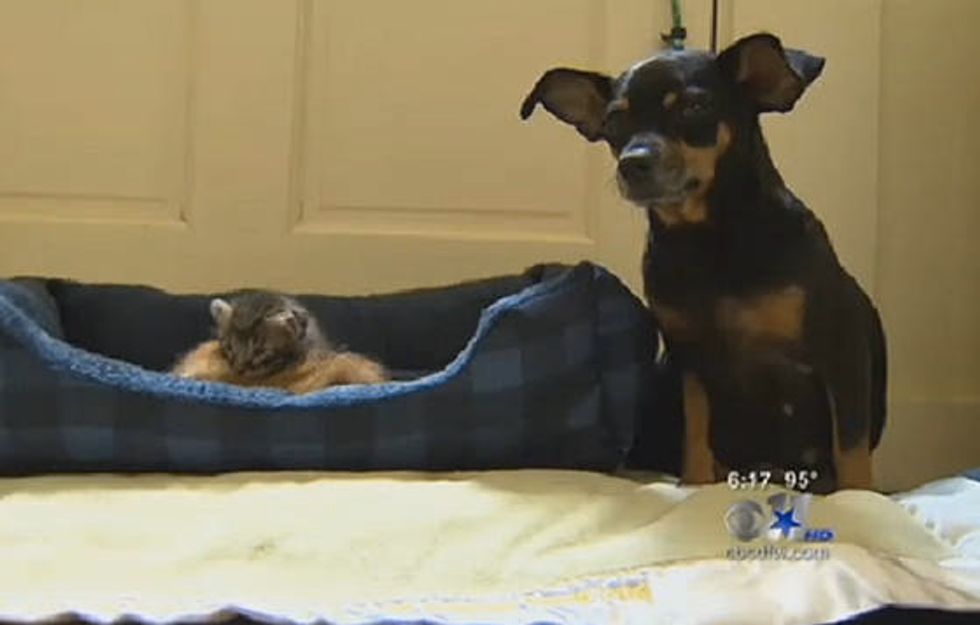 They await their forever loving homes.