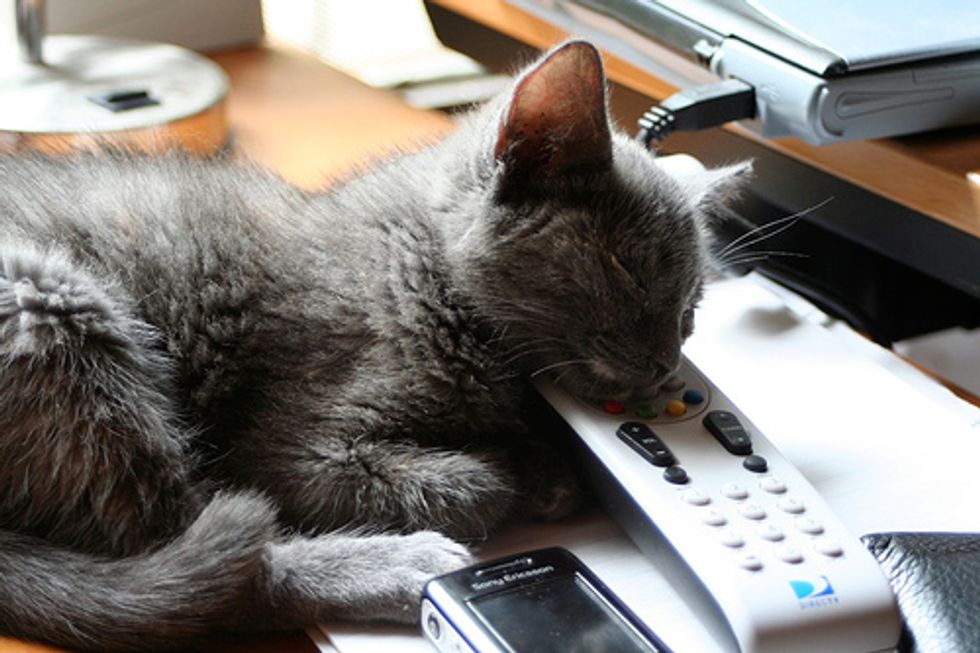 A six-week old kitten survived 26 days trapped underneath tons of rubble and fire debris. No one can explain how the kitten was able to survive the treacherous ordeal except she is a miracle cat.

A fire broke out on August 10th when Fitzgerald from Franklin, OH suspected a blown fuse and later discovered a fire looming in the apartment building. He rushed to wake his tenants and evacuate them out of the building. However, when he entered Sandy LaPierre and her cat Smoka's apartment, he startled the cat who ran underneath the bed and would not come out. LaPierre did not want to leave without her cat, but since the fire was growing quickly, the landlord had to force her down the stairs, leaving the cat behind.

The building burned for six long hours until it finally collapsed. During the fire, five gas lines burst and erupted. The

entire property was engulfed in a blaze. Fire department had to use 30,000 gallons of water in order to contain and put out the fire.

Imagine how heavy the fire debris must have been after adding the water weight. LaPierre thought for sure that her cat did not make it and was devastated. No one thought a little kitten of that size could have survived a fire of that magnitude.

On the 26th day after the fire broke out, people had started cleaning up the debris and sifting through the rubble. While the workers were operating bulldozers, one of the workers discovered a cat buried 16 feet below the surface. They carefully took her out of the piles of debris and placed her on top of the rubble. It took the kitten a while to sink in what had happened. Her body remained in the same position for a long time when she was stuck in the debris, so when she was dug out, she felt extremely stiff, but later she was able to loosen up and move around again.

When Fitzgerald broke the news to LaPierre, she was ecstatic and dropped everything she was doing, went straight to reunite with her cat. When she saw Smoka, she started crying and calling her name. Smoka heard her voice and immediately started meowing.

Smoka was taken to a veterinary clinic and was found in good condition. She was only dehydrated and suffered very mild lacerations and abrasions.

Smoka went home and went crazy for her food. Her story has captivated the entire nation and attracted a lot of media attention.

LaPierre is currently in the process of looking for a new apartment because the current apartment she is staying does not allow cats. Smoka is temporarily staying with LaPierre's friend. She said she would never give up on her cat because Smoka is simply amazing.