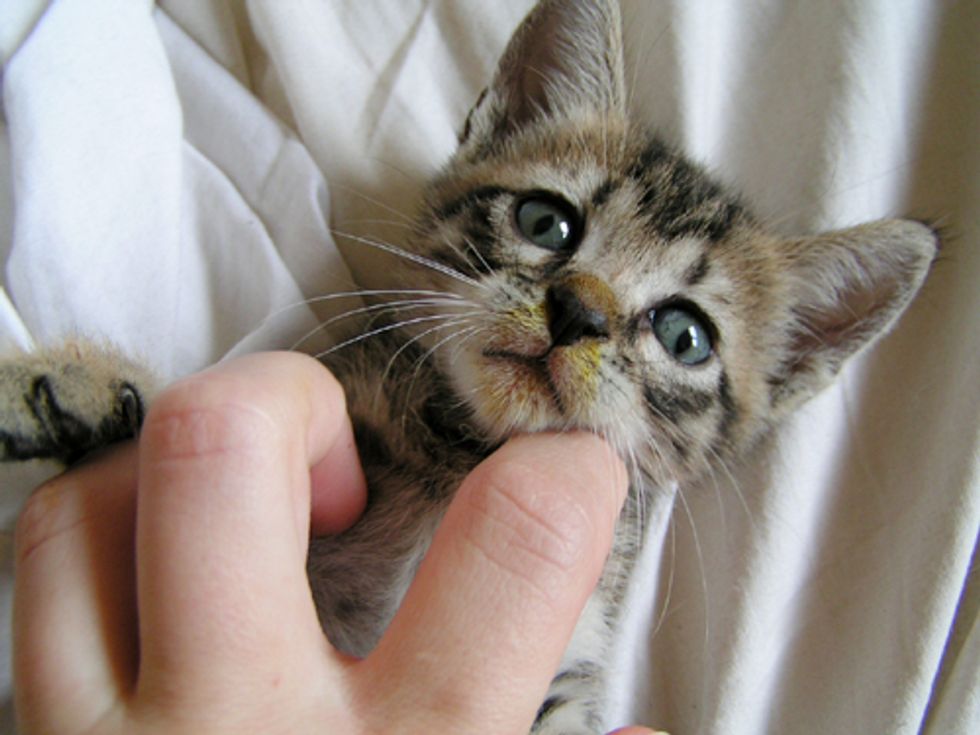 Story of Chihiro the Cat

Chihiro, a cat that came from nothing, now thrives as the head of the household. Her hooman calls her the "wild one" because there is still a lot of feral cat in her, but Chihiro is also a lucky one. She was saved from hunger and gained a wonderful forever home.

Five years ago, Giane Portal passed by an abandoned house in Brazil where many stray and feral cats used to live. She heard crying coming from the house. Her first reaction was to go in and trace the source of crying.

Portal saw a frail little kitten lying on the stairs, completely hopeless. She tried to reach out, but there was a closed door stopping her from getting in. It was broken, so she could see the kitten through the crack, but she felt helpless that she could not do much.

Each day Portal came by the house to check on the kitten. She prayed and hoped that the kitten would come closer to her so maybe there was a chance to reach her. Finally on the forth day, the kitten came out of the room and stood right in front of Portal.

"I grabbed her, and for the only time in our life, she was quiet while I was holding her," said Portal.

Chihiro was three or four weeks old when she was rescued. She was hungry and weak. Portal spent days and nights taking care of the shivering little one. Even though Portal was planning on putting her up for adoption, by the end of the week, there was no way she could let her go.

"We were going to give her for adoption but we couldn't. So she was going to be our last cat."

"My little girl has grown up to be a very temperamental one. She is always next to me and clearly jealous about me, but she hates to be petted or held. She is the only cat in the house that defies me."

Chihiro now runs the household. No matter how dominant she tries to be, she is madly in love with one cat named Goku and would follow him wherever he goes.

"I found her when she was so little. Time has passed, she is still so wild, but I love her so much. She is my little jaguar," said Portal.

Today Chihiro has become an international feline model and been on packages in Australia and Japan. She even has her own twitter account :). She really has come a long way.

Story and photos via Giane Portal. You can see more photos of Chihiro and Portal's cats at her flickr.