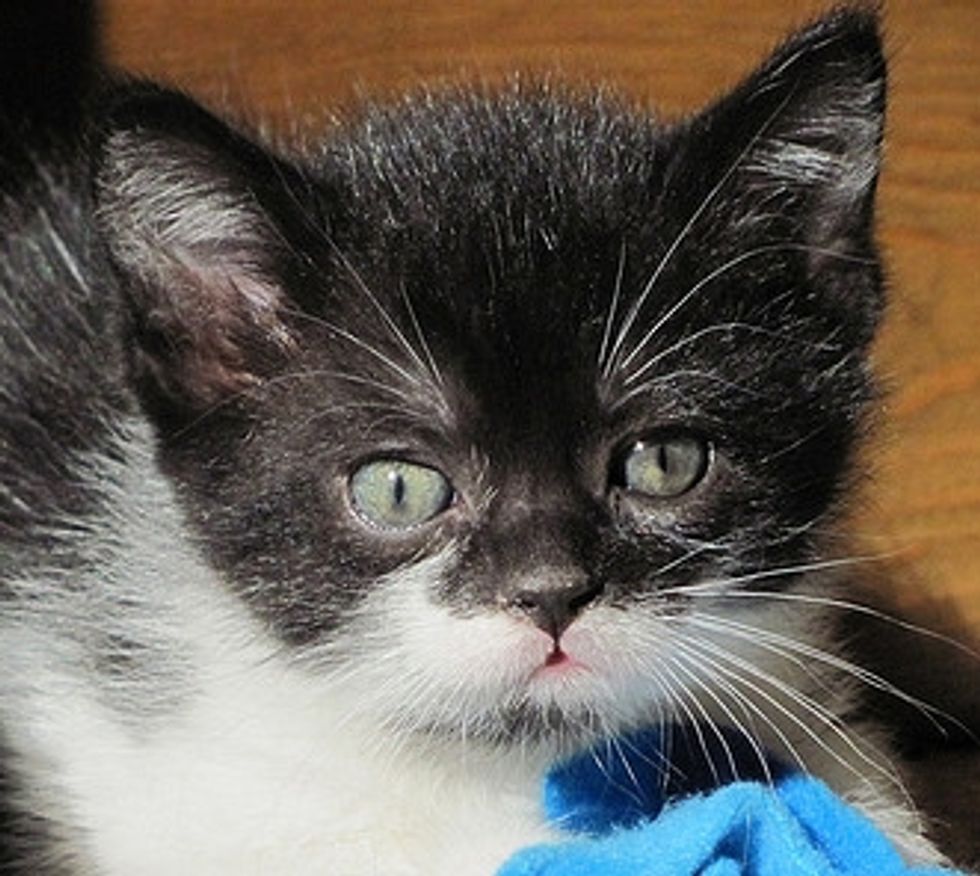 Story of Guinness the Tuxedo

Guinness, now known as Sparkles, is a treasure. He was given birth to a stray mama cat in his foster home. "Guinness is an easy-going boy who has always enjoyed a laidback life. Guinness loved his wet food, and eagerly tumbled with his siblings across the floor," said Jean.

"I have respect for the family that adopted Guinness. When the mom visited, she had a different kitten in mind. However, we talked about personalities and she watched the kittens' behavior. She decided to select the more confident, outgoing Guinness as the Christmas present for her young daughter. On Christmas Eve, Guinness was picked up by the little girl's dad. We had talked about the adjustment period for kittens going to their new homes and what to expect. Guinness, however, didn't listen to what a typical kitten does. Instead, when they opened up the carrier, he strutted out and claimed the home as his, playing with his new family almost immediately."

"Guinness was re-named Sparkles by his devoted and beloved girl, and the mom reports he's not even embarrassed by his girly name. I am so excited that Guinness and the little girl have each other to share their growing up years!"