Stray Cat Steals Heart of Soldier Who Refuses to Leave Her Behind...

An American soldier spotted a little stray cat during his tour of duty in Afghanistan. After months of feeding and bonding with the kitty, he knew that he couldn't to leave her behind. 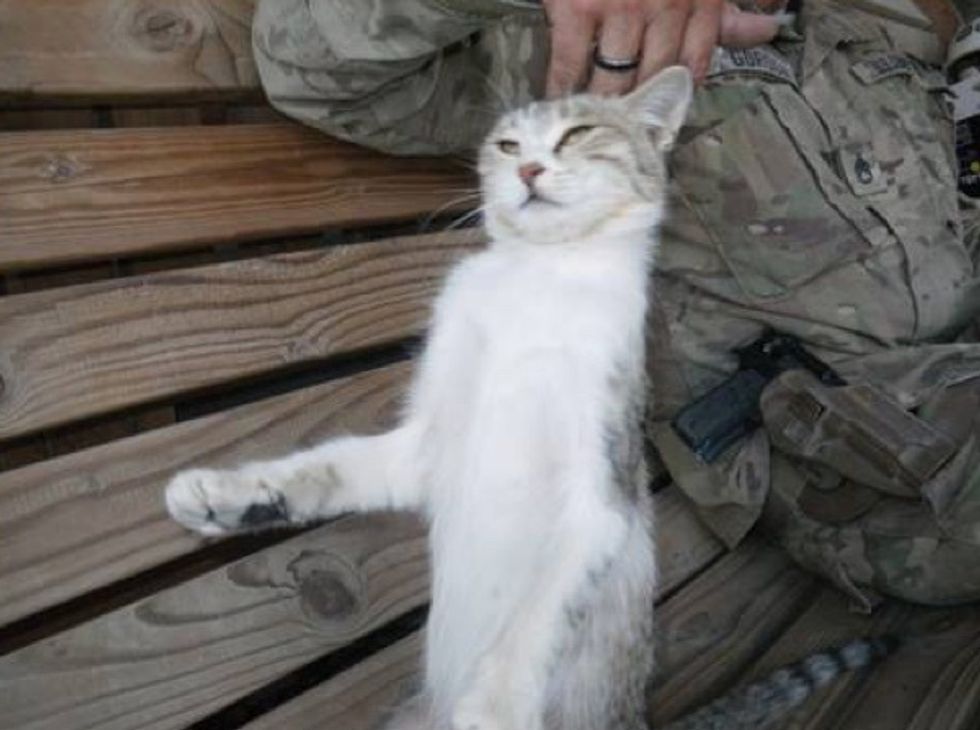 A few years ago when Edward was deployed, he befriended a stray cat shortly after his arrival.

"I saw a cat in the shadows around my living area. She was very elusive for the longest time. I'd put food out for her and the food would disappear by morning," Edward wrote to Nowzad.

The kitty was gone for a few months until one day she walked in his room while his door was open. 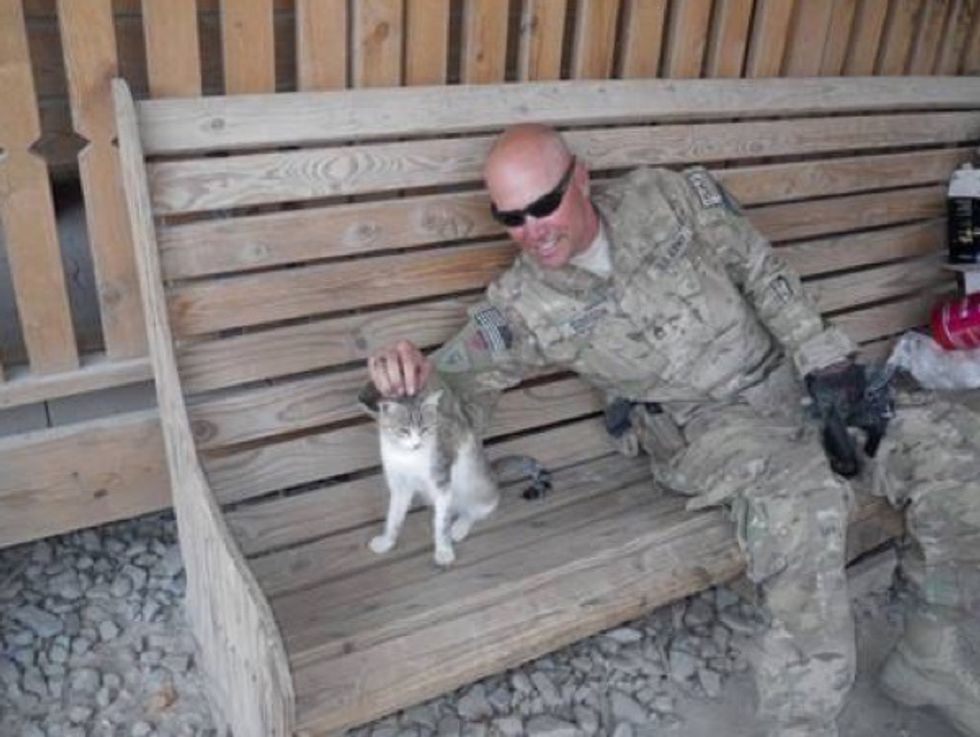 "Friendly as could be, we bonded instantly."

Mousetrap had an excellent sense of smell. Whenever people were cooking food, she suddenly showed up near their work area. 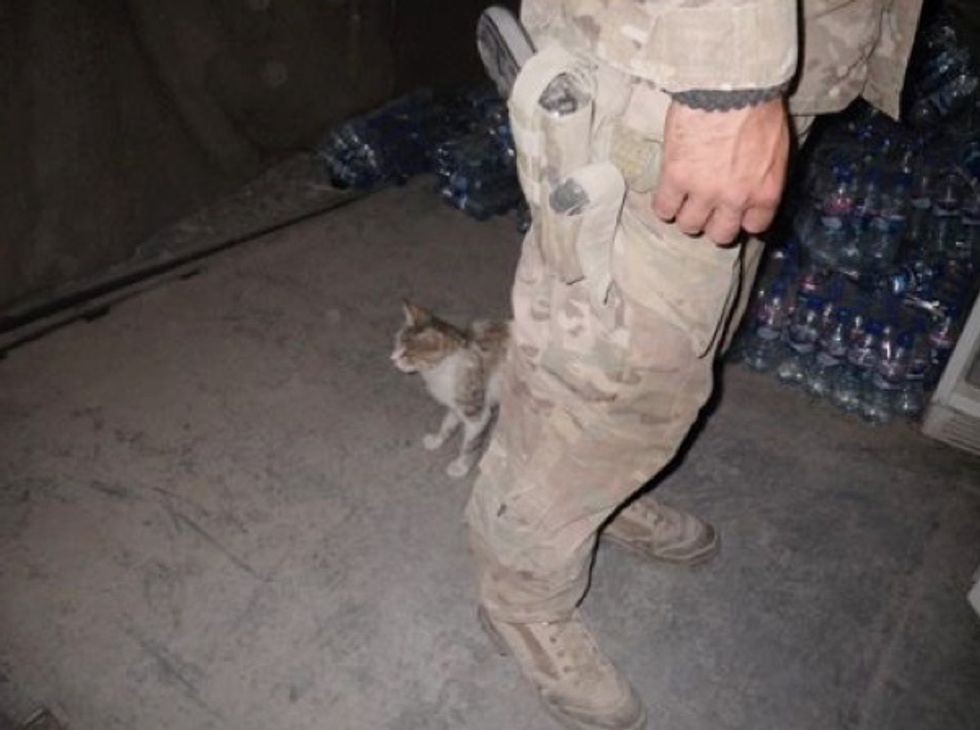 "Despite all the chaos in our everyday lives, she'd always seem to come around and put smiles on our faces, making us feel a little bit closer to home," he said.

"I really dreaded when I'd have to depart and leave her to fend for herself." 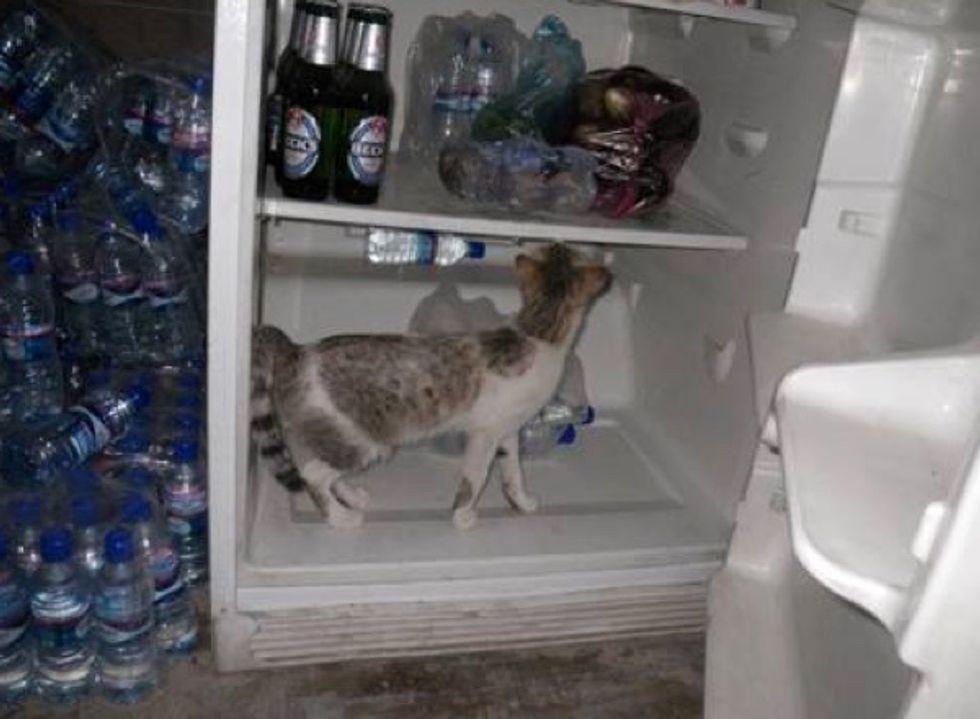 When the day came where they had to pack up and tear down the structures around their compound, Mousetrap hadn't been seen for a few days and they thought that she might have taken refuge somewhere else.

"On one of the final days of cleaning up and to my surprise, she appeared out of nowhere. I looked over and saw her sitting on a jersey barrier. The funny thing is that she was sitting on my small backpack as if she were trying to tell me something. At this point I knew that I couldn't leave her behind." 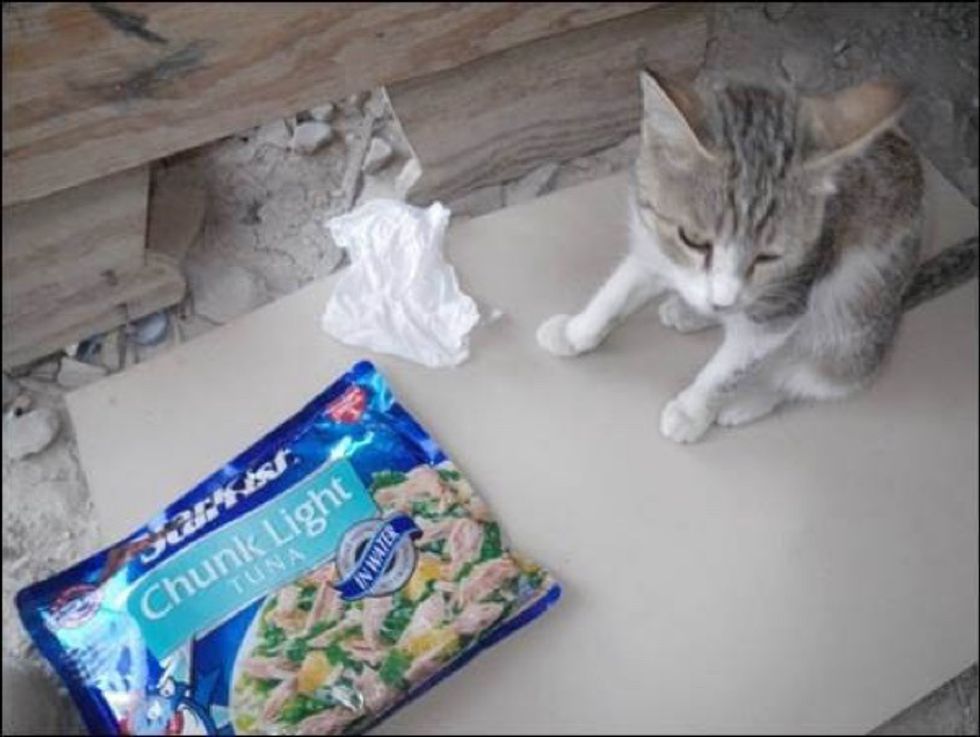 With only a few days before flying out, Edward found Nowzad, a non-profit charity organization that aims to improve the welfare of animals in Afghanistan.

And before he knew it, the kitty was on a taxi ride to the shelter 100 miles away in Kabul, and would soon be reunited with her favorite human at her new home in Indiana (US) where three cat brothers, Rufus, Snapper and Nike, would be awaiting her arrival. 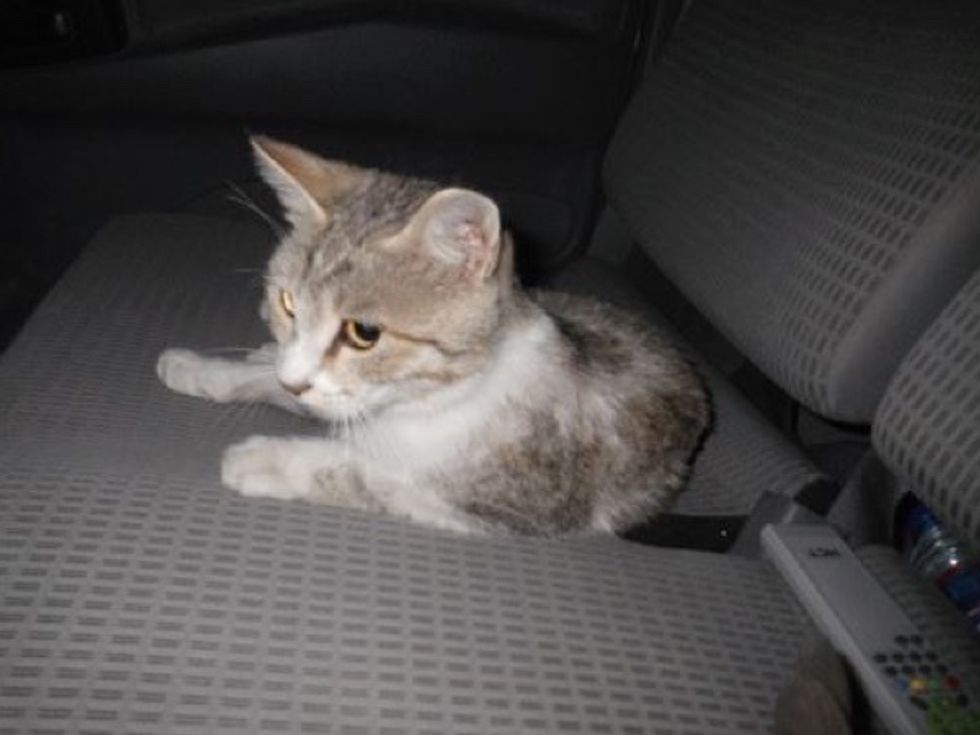 With help from Nowzad and generous donations, Mousetrap made it to the US safe and sound.

The two best friends were reunited at their home in Indianapolis. 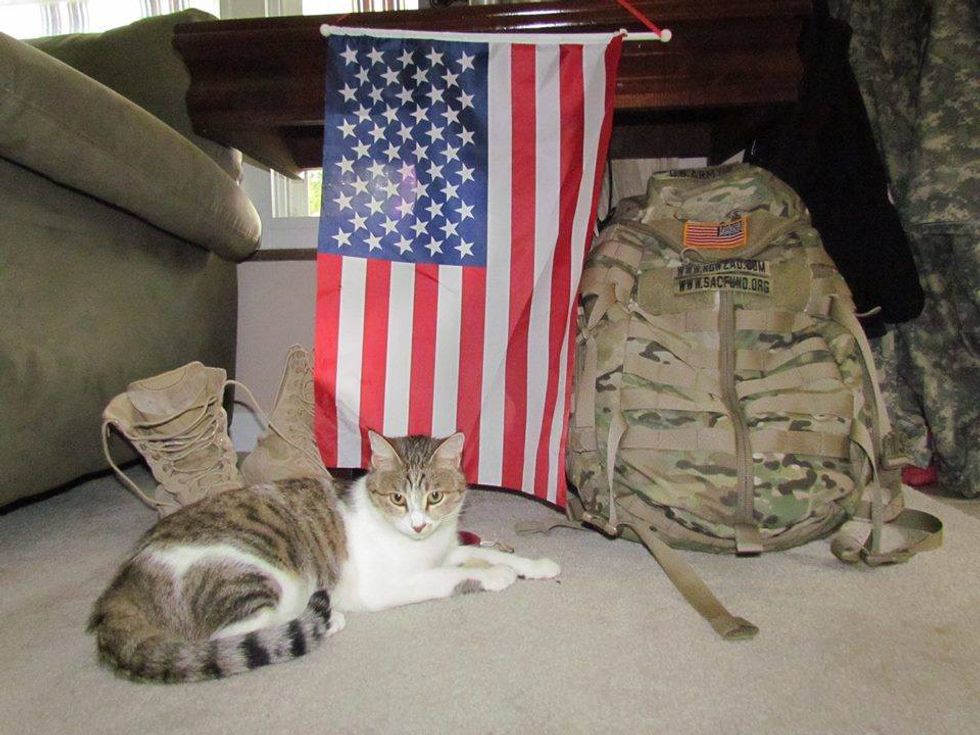 Mousetrap lounging about with his brother from another mother. 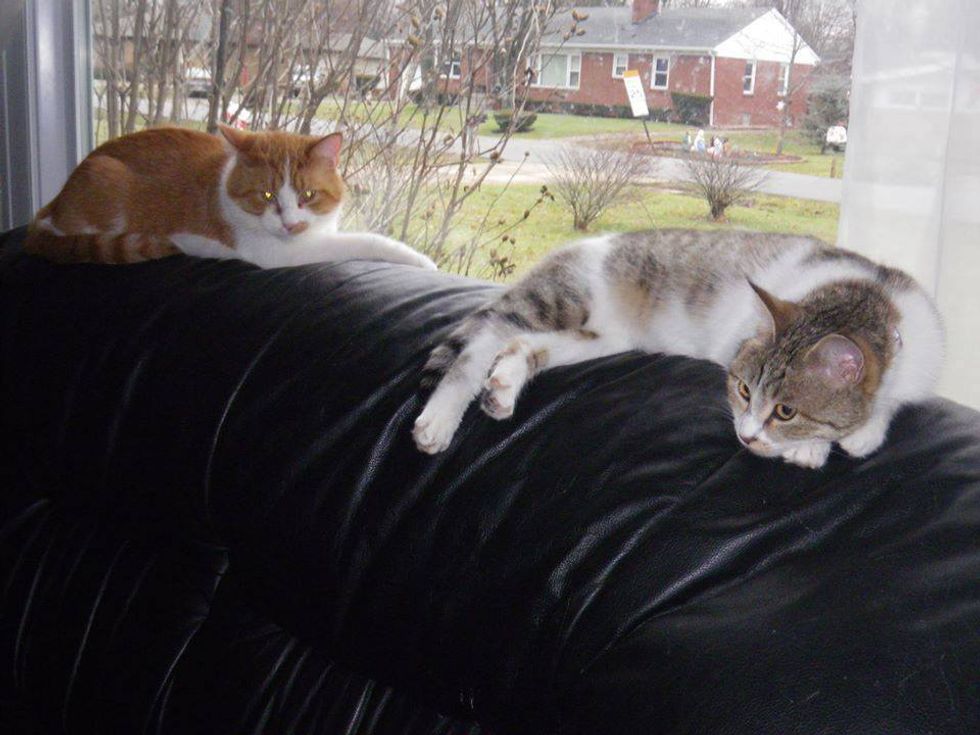 She is loving her life in beautiful Indiana with her forever family.

Edward continues helping stray cats in his neighborhood, feeding and trapping them to get them spayed and neutered. 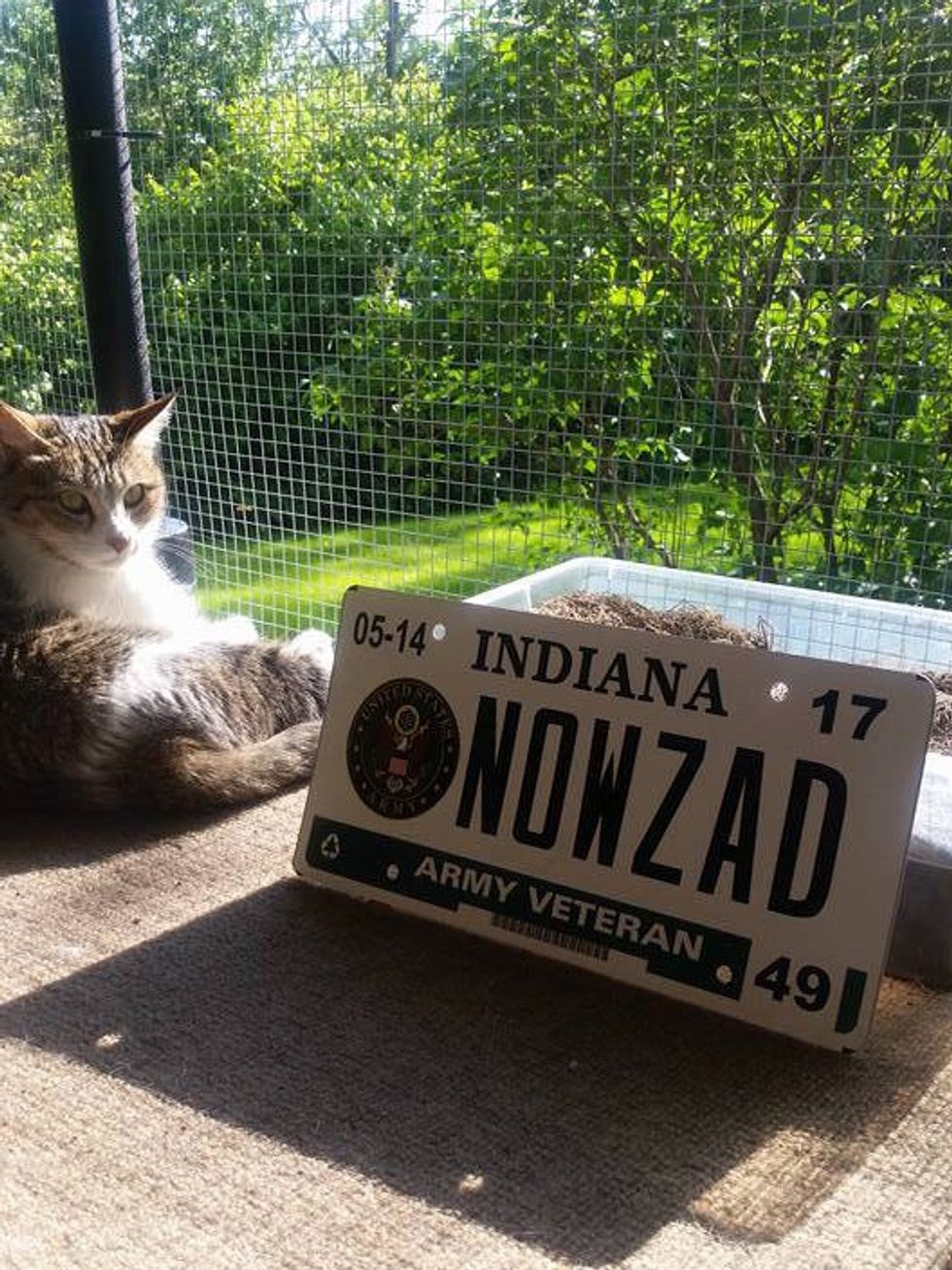 "From Afghan stray to pampered puss, Just look at Mousetrap now," Nowzad said. "The most rewarding part of our soldier rescues is to see the dogs and cats loved and settled in their forever homes." 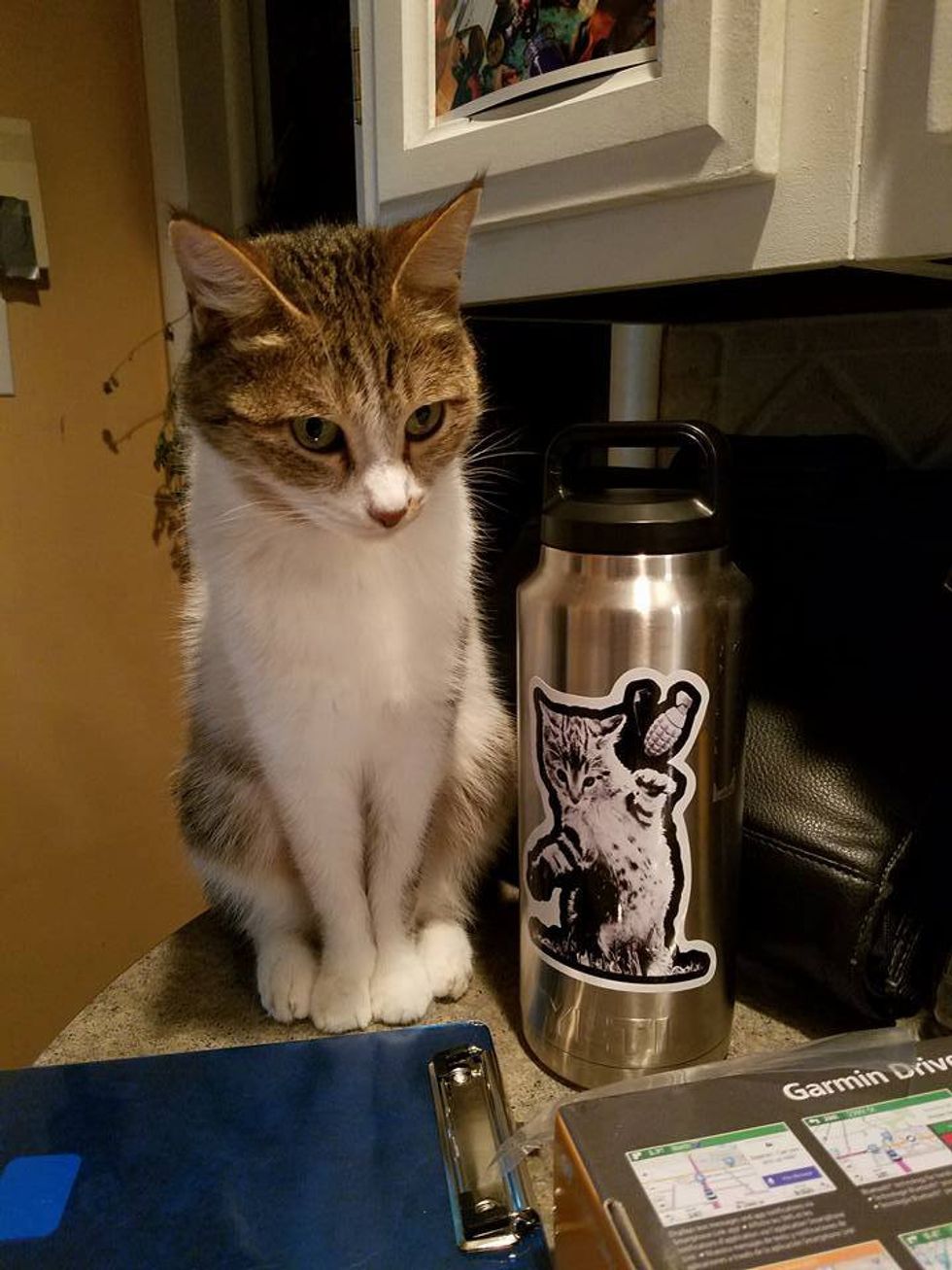