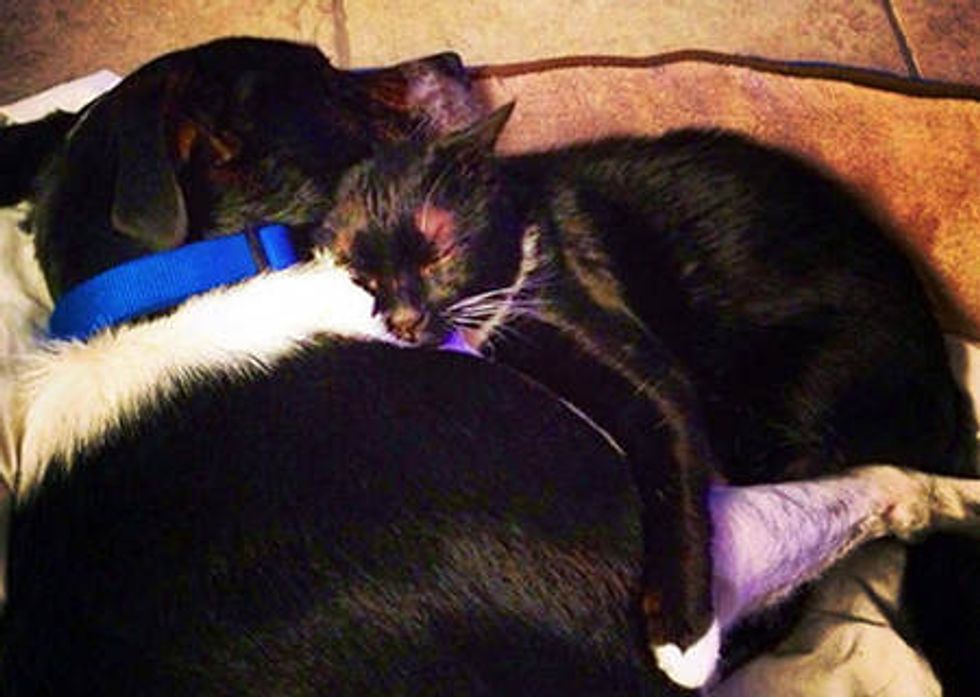 Stray Cat Waits Every Day To See His Dog Friend

A family decided to take in a stray cat after they discovered that everyday the cat waited outside the door to see their dog. "I caught my dog meeting with him daily .. They have been inseparable since," said the human via reddit.

"Boots was a 3 month old kitten at the time, and he would interact with Diego and follow him around whenever we went for walks, usually in the back yard. We thought it was strange they got along so well!"

"We got him immunized and took him in when we realized Boots was almost always waiting outside the door for him. They really are like brothers, they play and teach each other and keep each other out of trouble," they added.

Boots the stray cat waited daily outside the door for Diego the dog.

When they discovered their friendship, they took in Boots, and now they are inseparable.

"It really was Diego who brought Boots to our home. "