A young woman rescued a homeless stray with a crooked mouth. The kitty stole her heart right there and then. What a difference four months can make. 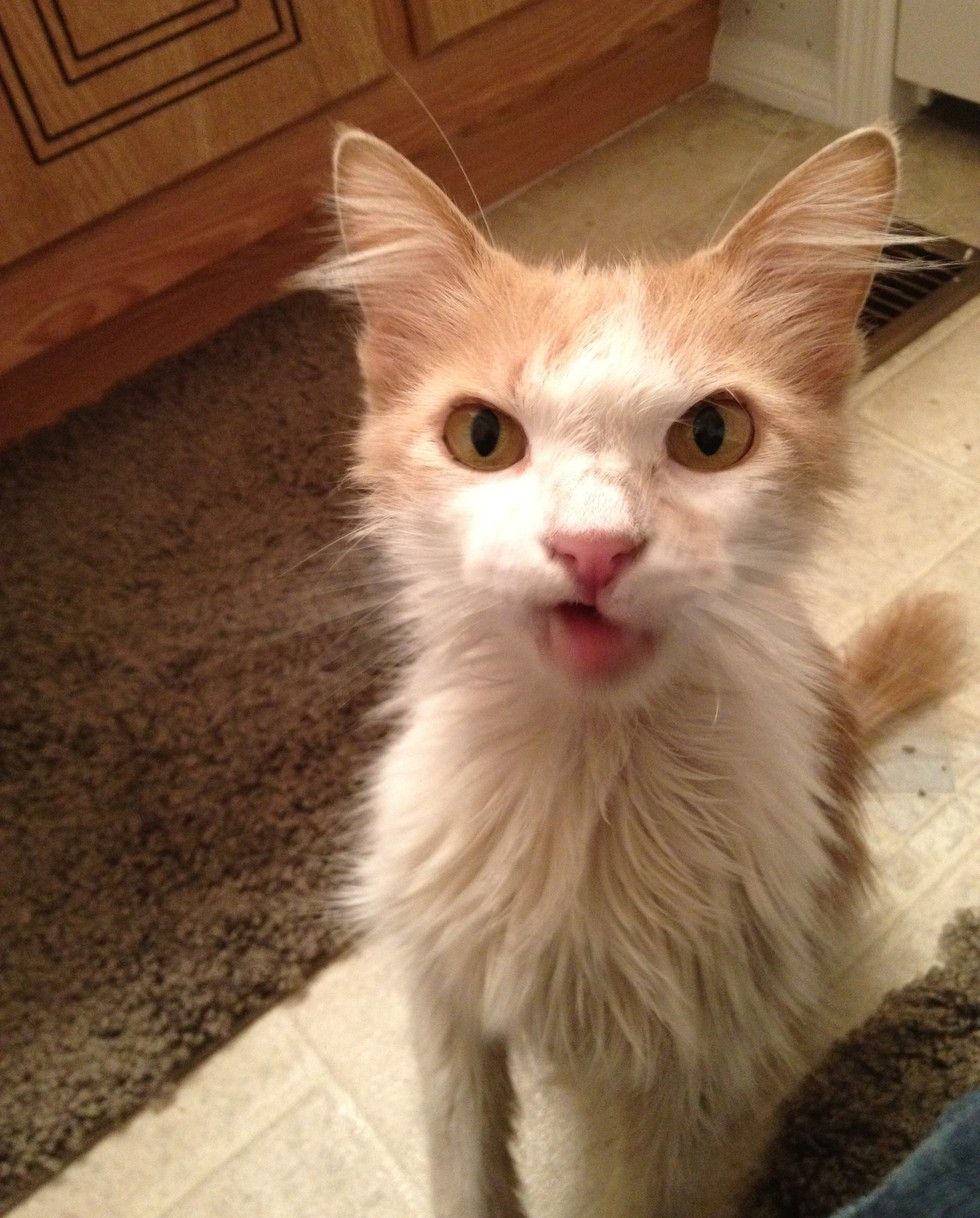 "I was at work in the morning and one of my coworkers came in and told me there was a stray cat outside," Allison told Love Meow.

As she walked outside the building, she saw a few people petting a friendly ginger cat, and another person bringing her some food and water from a cafe, but the little feline wasn't so interested in the kind offering.

What Kitty wanted was simply love. "She would keep going up to people for attention and she would try to grab your legs as you walked away. Once I came out, she was all over me for pets and some love."

Kitty has certain features that caught their eyes. She has a crooked mouth, and her tail is only half the length of other cats, but not as stubby as that of a Manx cat. 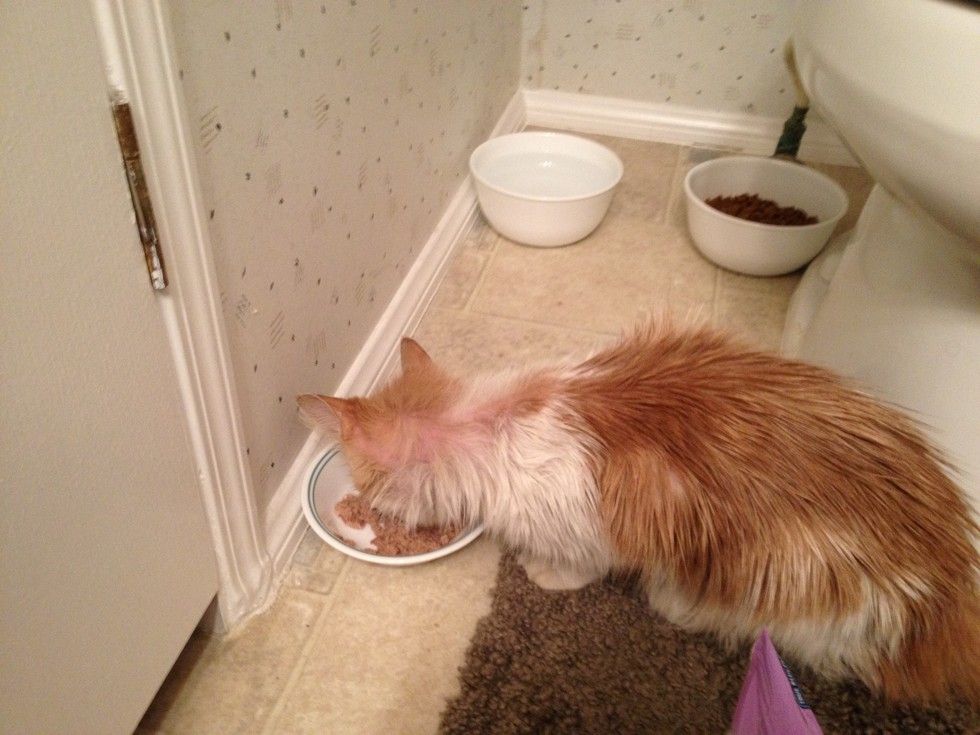 The office building was high up on a hill with no residents nearby except a few other office buildings. "There is a problem with rattle snakes, coyotes, and hawks in that area, and I knew I couldn't just leave her there."

Allison decided to take a break from work to get the kitty to a safe place. "I took her home, she did well in the car. She stayed on the passenger floor," Allison told Love Meow. "She did meow a lot but I just kept talking to her for the drive." 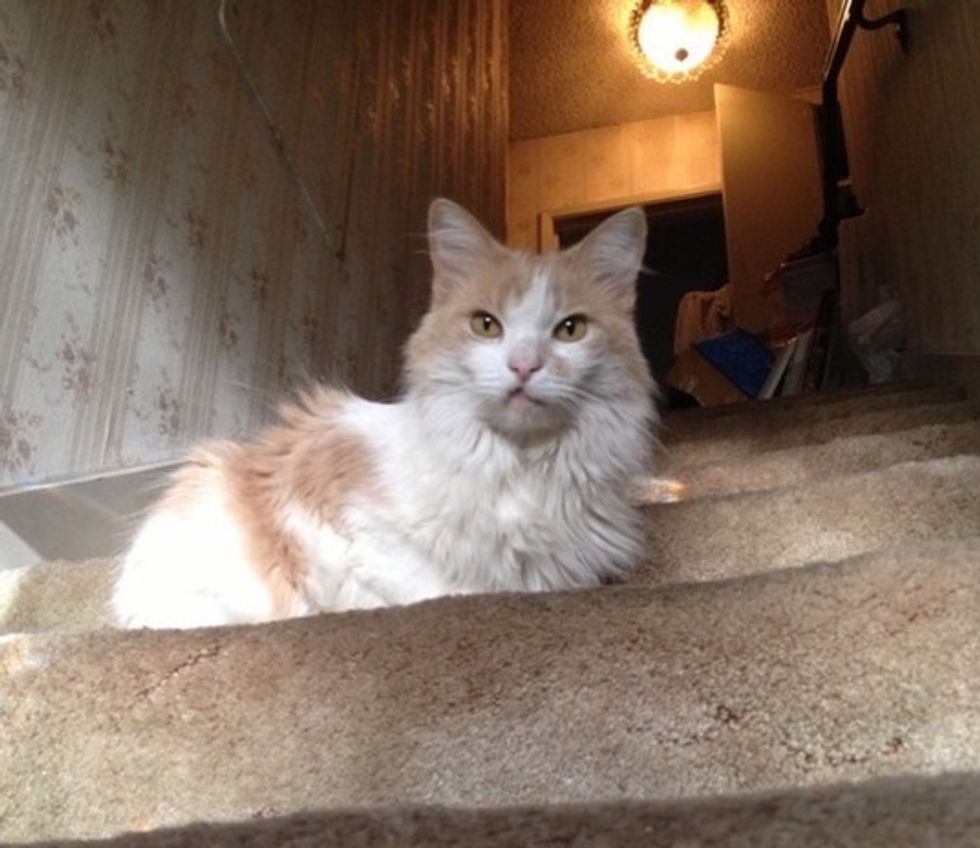 She set the kitty in her home with a litter box, which she used with no issues. After some water and food, it was time for Allison to head back to work.

"I did get into trouble when I returned to work for not letting my boss know personally that I would be taking a long break and for not asking if I could," Allison told Love Meow. 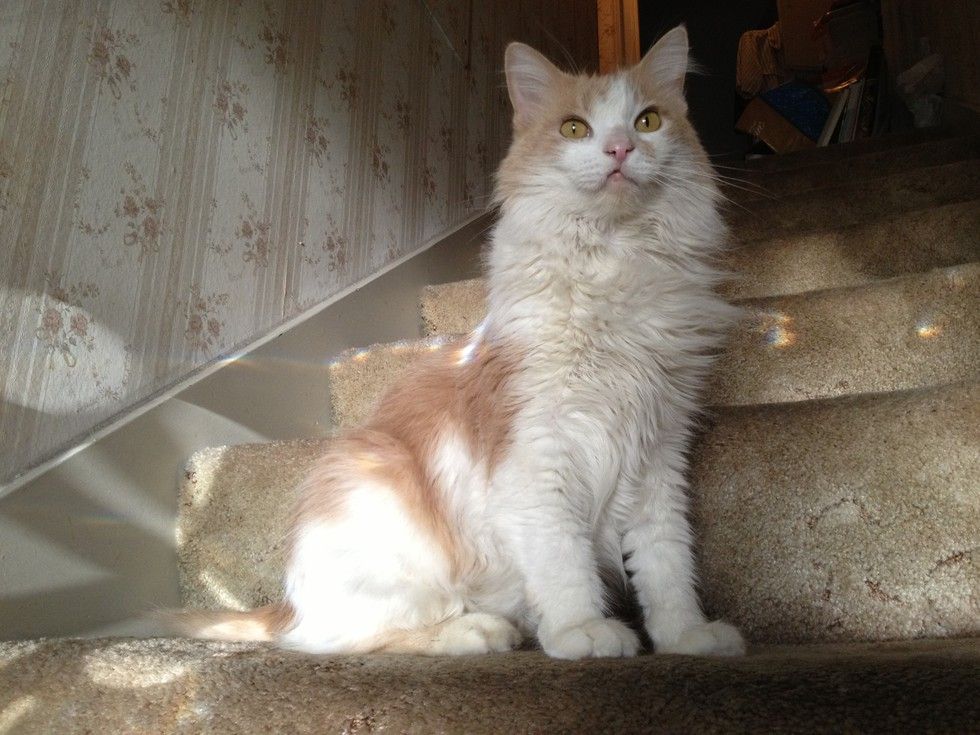 "I took about a 40 minute break instead of 15 minutes," Allison told Love Meow "I had to take her home, it's a life worth getting in trouble for."

When she got home, she took Kitty to the vet. "I was curious about her upper lip as well as her tail. The vet assured me that it was fine and she was most likely born that way."

Kitty got a clean bill of health, and they couldn't find a microchip. 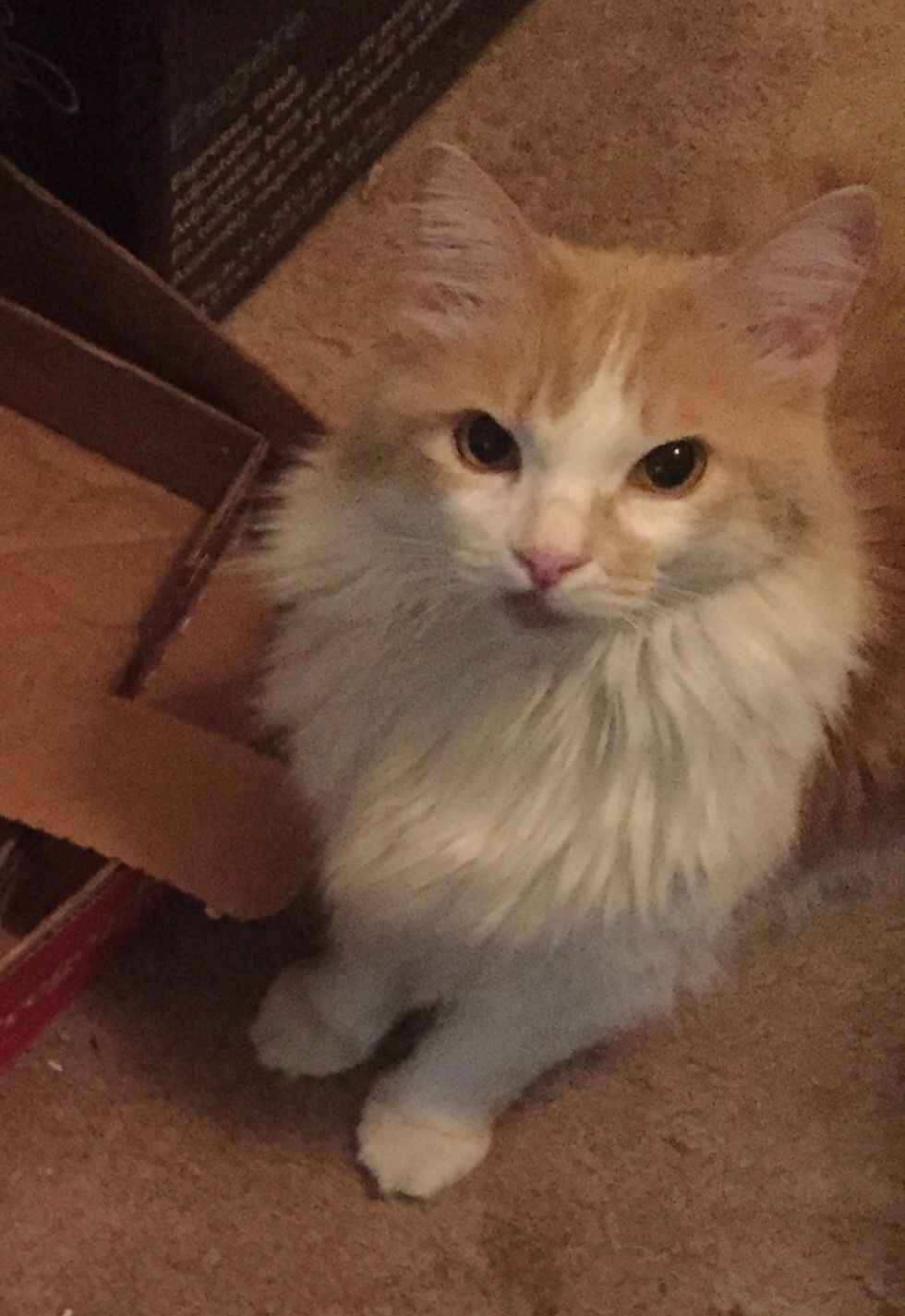 "I took her home and bathed her and she spent the evening following me around the house.

"My only guess is that she must've been abandoned. She doesn't seem like the type to run away. She loves people." 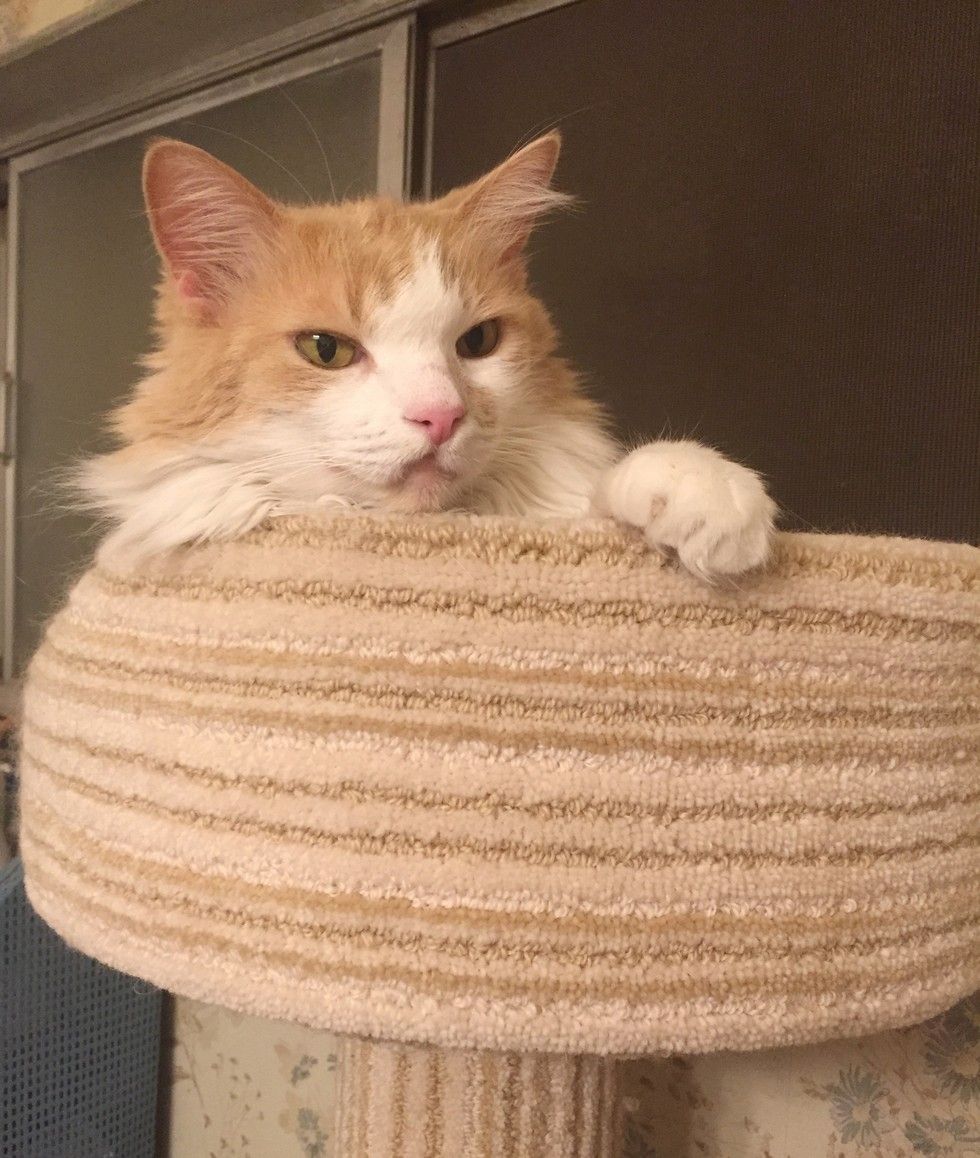 Just a week before Allison found Kitty, she rescued two feral kittens that require her full attention. She knew Kitty needed someone who could give her all the love in the world.

"My parents were happy to take her in and they now spoil her. I am still the only one she tolerates being picked up and carried around by, but she's very happy with my parents and now has a happy, healthy life."

Kitty's crooked mouth stole her rescuer's heart the day they met, and now four months later, this heart stealer is ruling the roost in the comfort of her loving home. 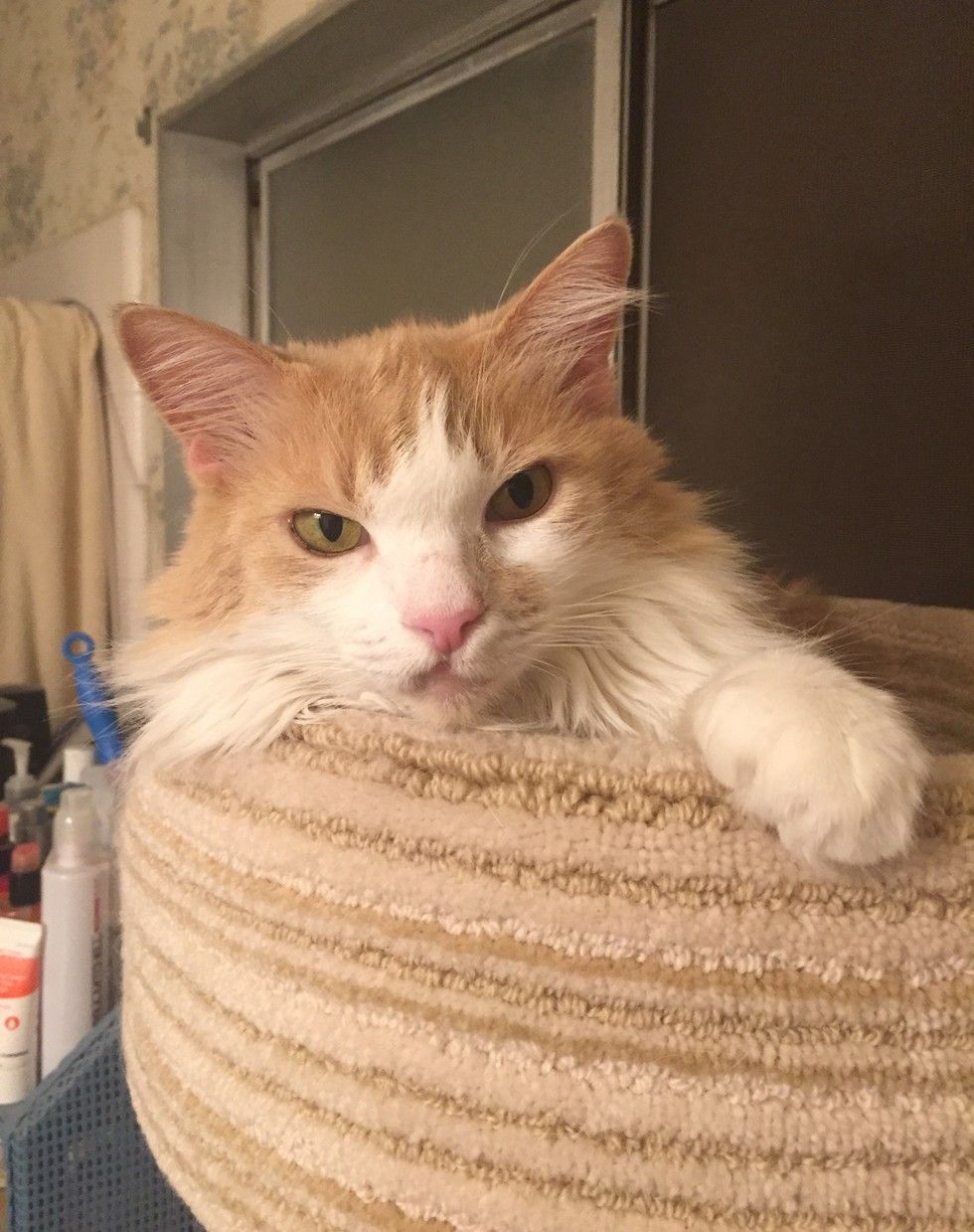